Alexei Popyrin completed a dream week at the Singapore Tennis Open on Sunday, as he rallied from a set down to defeat Alexander Bublik 4-6, 6-0, 6-2 and claim his maiden ATP Tour title.

The unseeded Aussie produced a dominant serving performance to overcome the fourth seed in 84 minutes. Popyrin dropped just six points behind his serve (46/52) and won seven consecutive service games to love from 3-5 in the first set.

“It feels unbelievable,” said Popyrin. “A lot of sacrifice, a lot of dedication and a lot of hard work went into this from myself, my team and my whole entire family. I have done it for everybody who was involved. I am just so proud that I could actually get it done.” 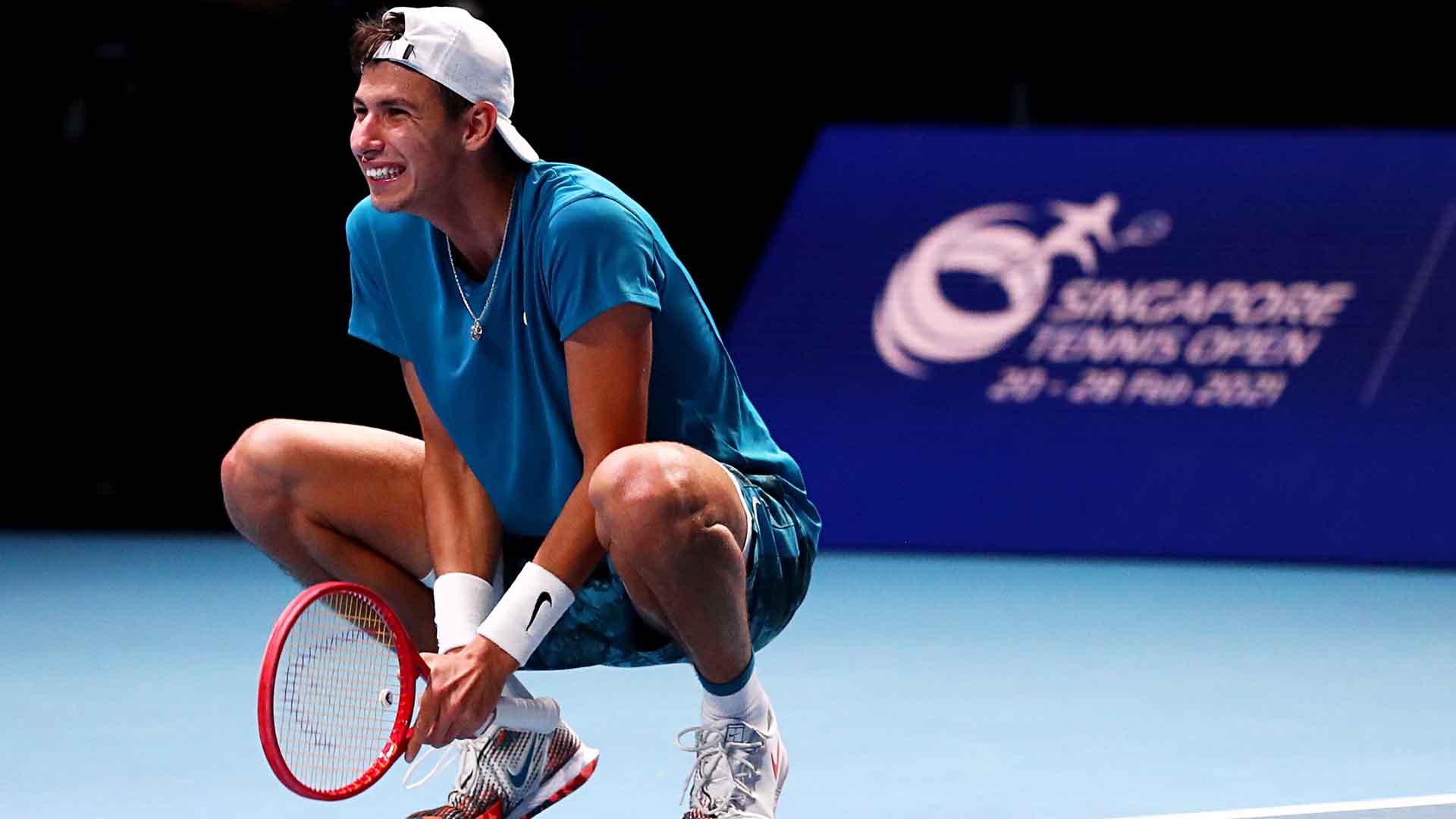 Prior to this week, Popyrin owned 18 tour-level wins and had never advanced beyond the quarter-finals at an ATP Tour event. The World No. 114 will move above his previous career-high of No. 87 in the FedEx ATP Rankings on Monday.

“I knew that if I could get a quick start in the second set, I would probably win the second set with the way I have been serving this week,” said Popyrin. “That third set was a grind. It was really a grind. I started picking up where he was going to serve a lot. I started getting the balls back in play a lot.

Popyrin’s victory against Bublik was his second win against seeded opposition this week. In the semi-finals, the Aussie claimed a 7-6(5), 7-6(2) victory against third seed Marin Cilic. Throughout the week, Popyrin played well in pressure moments and won all five tie-break sets he contested.

Bublik was also attempting to lift his first ATP Tour trophy. The Kazakhstani was competing in his second final of the year after retiring from last month’s Antalya Open championship match with a right ankle injury. Bublik also reached finals in Newport and Chengdu in 2019.

“There are a lot of positives,” said Bublik. “My game definitely evolved since last year… I am happy with my performance during the week. Alexei played enormous tennis today. He hit all the lines, he hit all the serves and all the returns. He was the better player today.”

Did You Know?
Popyrin is the second first-time ATP Tour titlist of 2021. Earlier this month, Daniel Evans claimed his maiden tour-level trophy at the Murray River Open.