Popyrin, behind nine aces, improved to 7-11 on the season and will next meet fourth seed Pierre-Hugues Herbert of France. Popyrin, No. 95 in the ATP Rankings, broke into the Top 100 and reached a career-high of No. 91 on 15 July.

You May Also Like: Kyrgios Enjoys Learning New Tricks From Harlem Globetrotter

Did You Know?
Popyrin, 19, is the third-youngest player in the Top 100 of the ATP Rankings. Fellow #NextGenATP 19-year-old Miomir Kecmanovic, the second-youngest competitor in the Top 100, is also in the Atlanta draw. He opens his tournament against American Jack Sock on Tuesday.

Sitak/Albot Oust Kyrgios/Paul
Nick Kyrgios and Tommy Paul accepted a wild card into the Atlanta doubles draw, but they were dismissed in the first round. Fourth seeds Radu Albot and Artem Sitak beat the Aussie-American team 7-6(7), 7-5 in one hour and 27 minutes to cap the day's action.

In the other doubles match of the day, second seeds Dominic Inglot and Austin Krajicek beat Matthew Ebden and Tennys Sandgren 4-6, 7-6(5), 10-5 in one hour and 37 minutes. 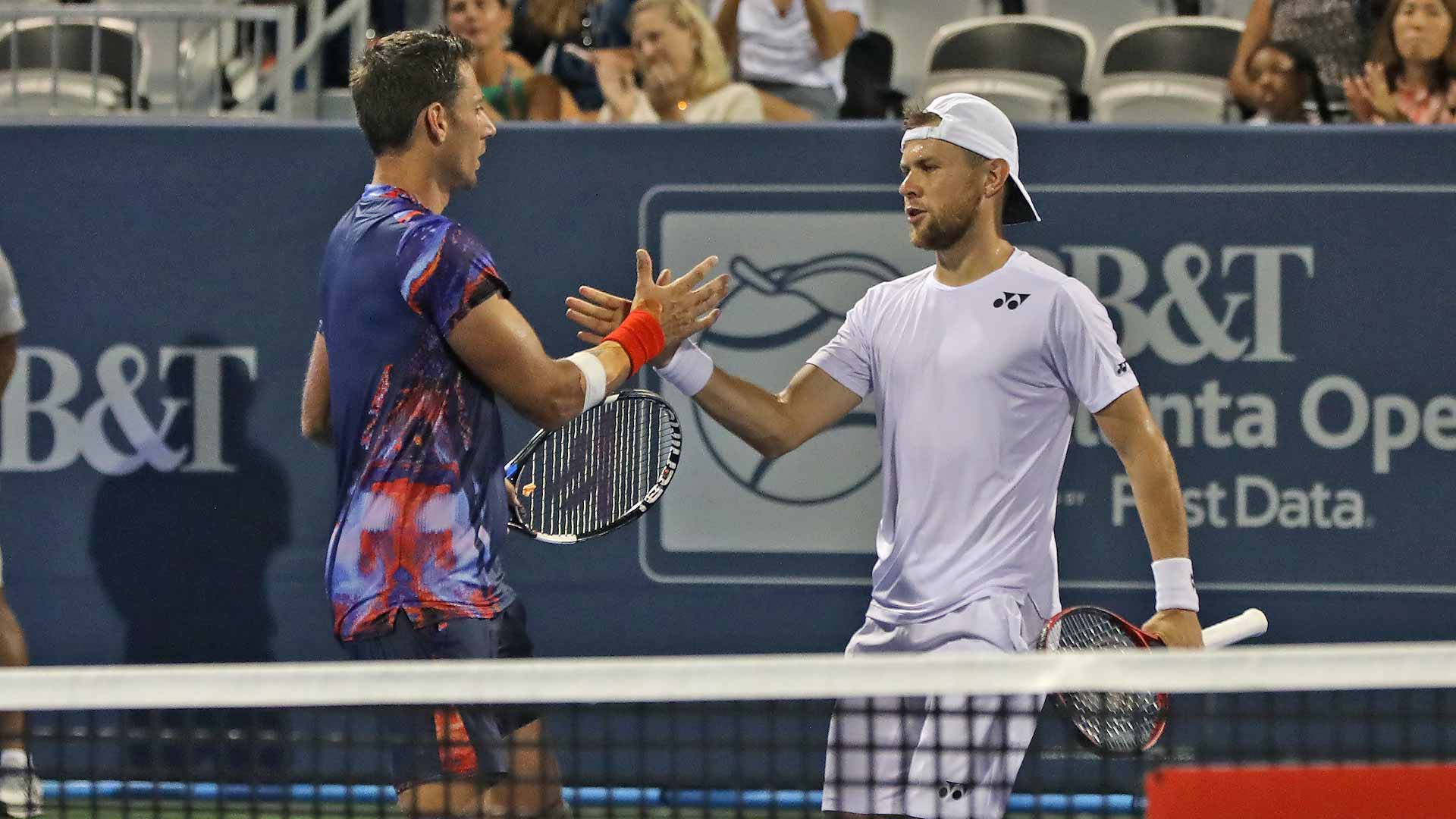