Lucas Pouille wins on home soil at the BNP Paribas Primrose Bordeaux, his first title of 2019.

A LOOK BACK
BNP Paribas Primrose Bordeaux (Bordeaux, France): It's not often that a player reaches a Grand Slam semi-final and follows that with an ATP Challenger Tour appearance just months later. But such was the case for World No. 32 Lucas Pouille this week in Bordeaux. Pouille streaked to the semis at the Australian Open in January, but a subsequent six-match losing streak had him seeking confidence and momentum entering the ATP Masters 1000 stops in Madrid and Rome.

The Frenchman would rediscover his mojo and then some, blasting to the title in front of the home faithful in Bordeaux. The allure of competing in front of the French fans at his country's oldest tennis club - the 122-year-old Villa Primrose - was too strong and Pouille would eventually take the title 6-3, 6-3 over Mikael Ymer on Sunday.

For the five-time ATP Tour champion, this is not only his first title of 2019, but ironically his first at the Challenger level in his career. Pouille is the first player to win his maiden Challenger title after his first tour-level crown since Kei Nishikori and Sergiy Stakhovsky both did it in 2008. It leaves Milos Raonic as the only current Top 50 player without a Challenger trophy.

It also marks the fourth time in just two years that a player inside the Top 40 of the ATP Rankings has lifted a Challenger trophy. Richard Gasquet (Szczecin 2017), Nishikori (Dallas 2018), Kyle Edmund (Indian Wells 2019) and Pouille have all descended to the Challenger level in search of match wins and confidence.

The 🇫🇷 tradition continues in Bordeaux @BNPPprimrose. Another former Top 10 Frenchman lifts the 🏆.

Vitro Seoul Open Challenger (Seoul, South Korea): For the first time in four years, Korea has a home grown Challenger champion. On Sunday, 21-year-old Soonwoo Kwon lifted the trophy in his home capital of Seoul, defeating Max Purcell 7-5, 7-5 in one hour and 37 minutes. The Sangju native is the first player from his country to win on home soil since Hyeon Chung prevailed in nearby Busan in 2015. It was his second ATP Challenger Tour title, adding to his victory in in Yokohama, Japan in March. The top Korean, Kwon is projected to rise to a career-high No. 134 on Monday.

"I'm happy to win the Challenger title at home," said Kwon, who admits he was not feeling well during the match, struggling with a runny nose and dizziness. "The crowd came out to support me. Seoul was harder to win than the title in Yokohama. The burden was greater."

Meanwhile, Purcell capped a dominant week on the hard courts of Seoul with his first singles final since 2016. The #NextGenATP Aussie also notched the doubles title alongside countryman Luke Saville. The duo own a tour-leading five trophies in 2019. 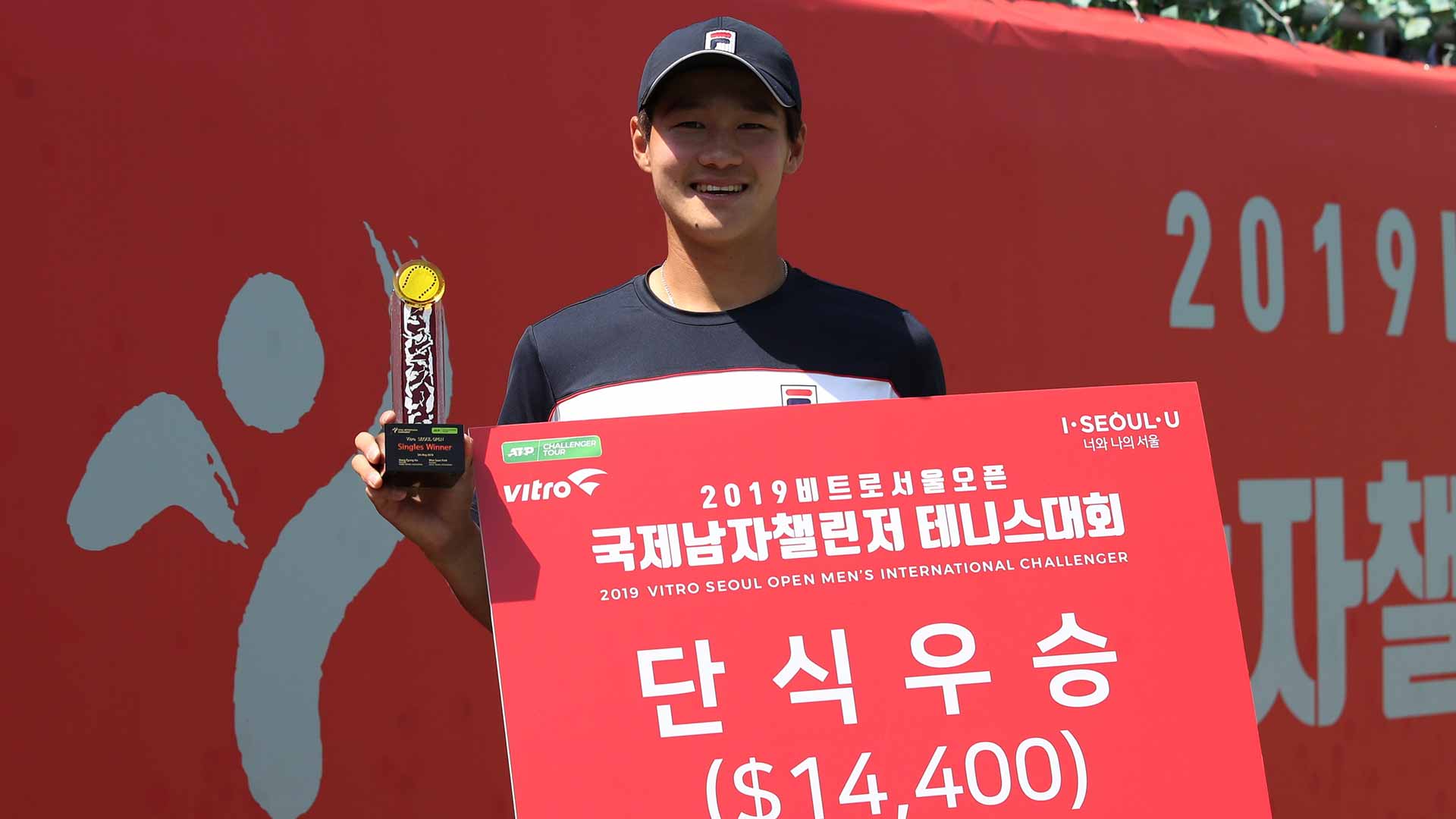 Prosperita Open by Moneta (Ostrava, Czech Republic): Fourth seed Kamil Majchrzak earned one of the more convincing final victories of the year, dominating Jannik Sinner 6-1, 6-0 in Ostrava. The Pole completed the win in just 61 minutes on the Czech clay, capping an impressive week that saw him refuse to drop a set. It was the 23-year-old's second title of the year, having also won on the hard courts of St. Brieuc, France.

Not only is Majchrzak the seventh player to win multiple titles this year, but he is just the second to triumph on both clay and hard (also Gianluca Mager). He is up to a career-high No. 115 in the ATP Rankings on Monday. 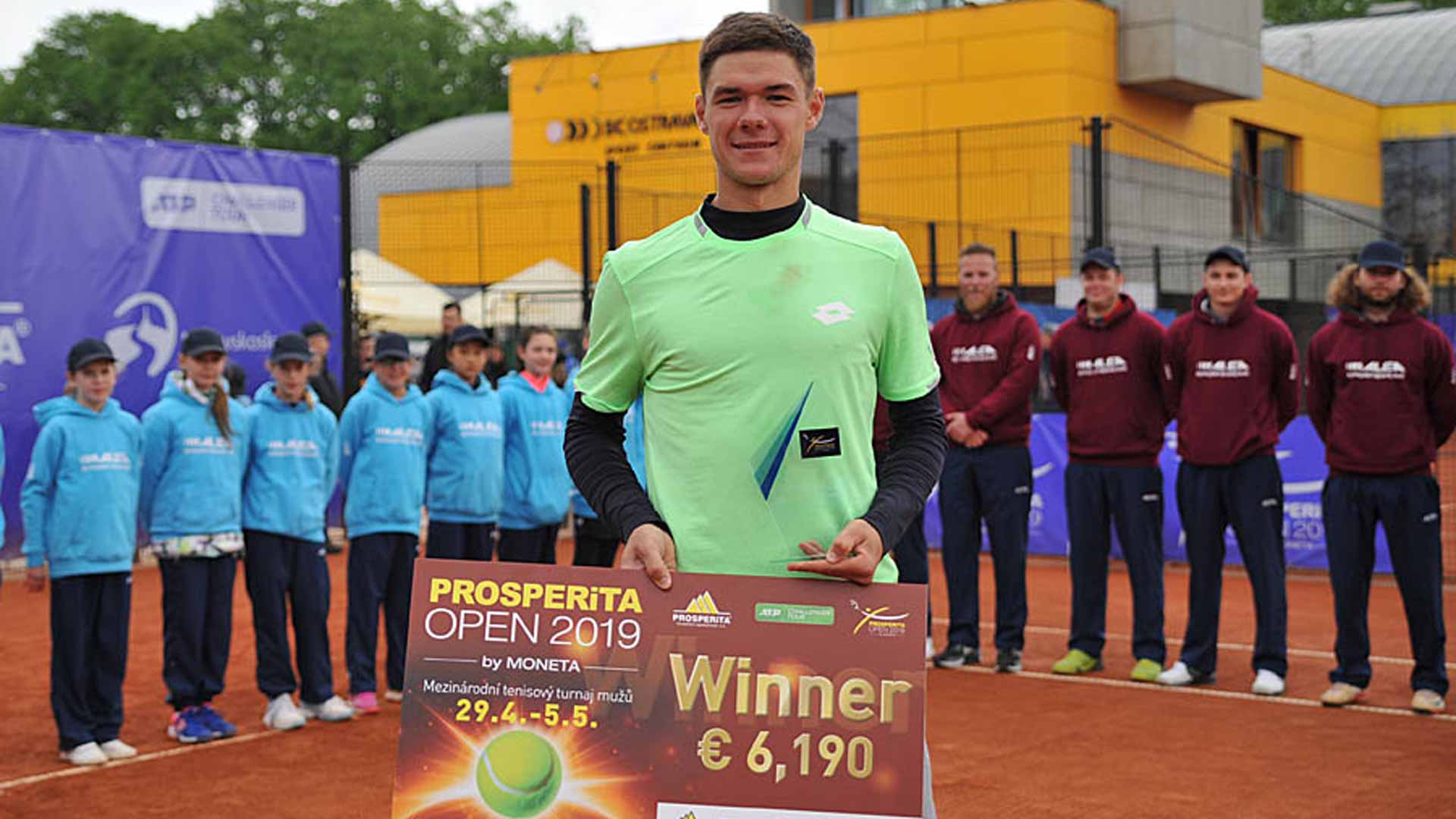 Puerto Vallarta Open presentado por La Afición (Puerto Vallarta, Mexico): The 2018 ATP Challenger of the Year returned for a second edition and it was a party all week in Puerto Vallarta. In the end, Sebastian Ofner was the last man standing, taking a 7-6(8), 3-6, 6-3 final over John-Patrick Smith on Sunday. The Austrian was ruthless in reaching the championship, reeling off eight consecutive sets before fighting past Smith for the title. It was the second victory of the 22-year-old's career, adding to his maiden crown in Astana, Kazakhstan last year.

You May Also Like: Puerto Vallarta A Tropical Oasis On The Challenger Tour

St. Joseph's/Candler Savannah Challenger (Savannah, Georgia, USA): Federico Coria entered the week in Savannah having never reached an ATP Challenger Tour final, but the Argentine would make his mark on the green clay. Coria dominated the field, not dropping a set en route to the championship, where he stunned second seed Paolo Lorenzi 6-3, 4-6, 6-2.

The 27-year-old is the 17th first-time winner on the circuit this year. Moreover, his big breakthrough sees him soar to a career-high No. 216 in the ATP Rankings. Following in the footsteps of older brother and former World No. 3 Guillermo Coria, Federico is beginning to put it all together in his ninth season as a pro. 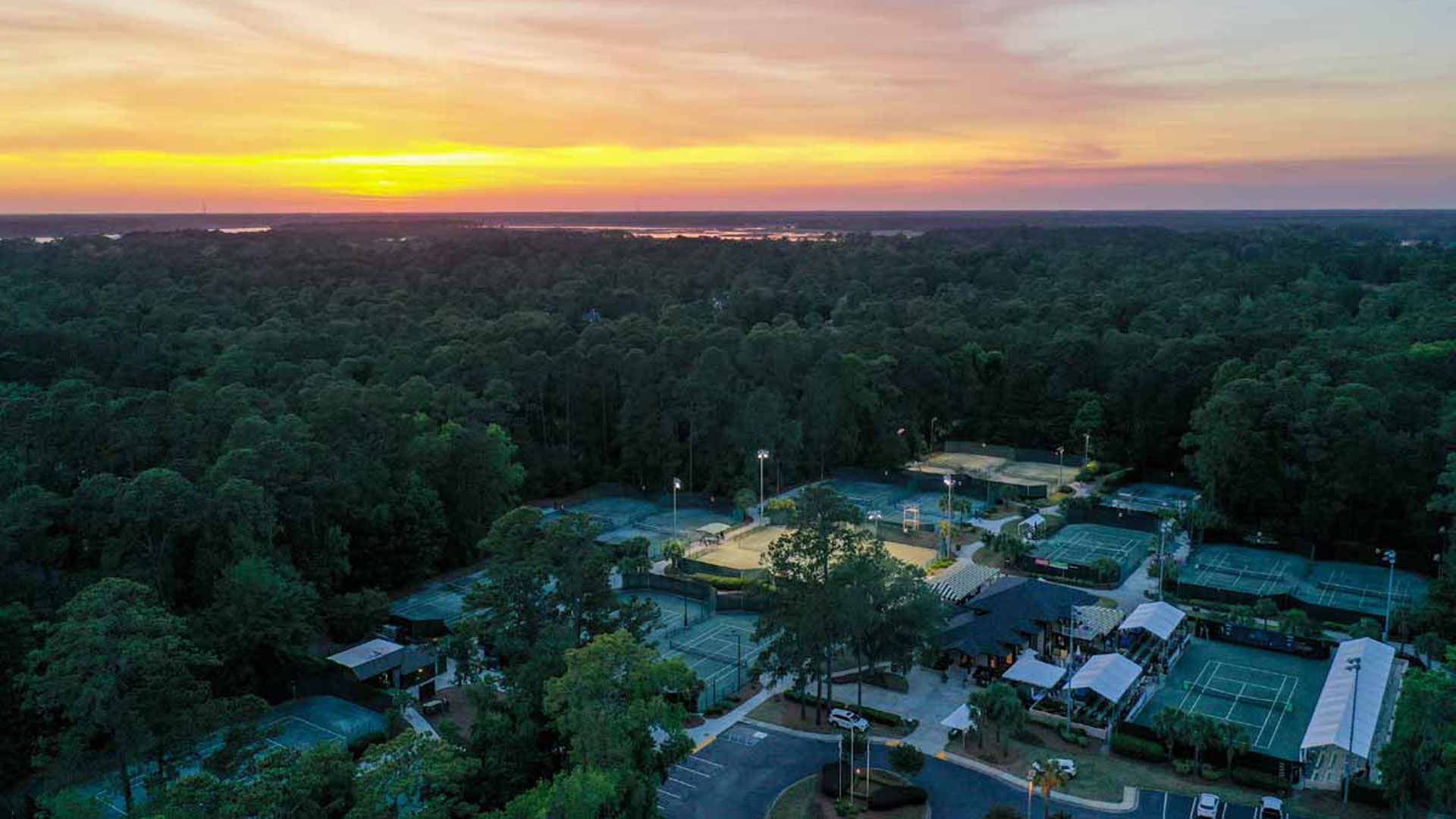 A LOOK AHEAD
Top seed Pablo Cuevas leads the charge at the prestigious Open du Pays d'Aix in Aix-en-Provence, France. Cuevas is coming off a final appearance at the ATP 250 event in Estoril on Sunday. Fifth seed Thiago Monteiro lifted the trophy in 2016.

The second leg of the three-week Korean swing moves to Busan, where Ricardas Berankis leads the field. Sergiy Stakhovsky and Brayden Schnur are also in action, with Kwon looking to go back-to-back on home soil. Meanwhile, on the clay of Rome, the prelude to the Internazionali BNL d'Italia is held at the Roma Garden Open. Reigning champ Adam Pavlasek is seeded 14th, with Maximilian Marterer the top seed.

In Braga, the first of a two-week Portuguese swing features Bjorn Fratangelo as the top seed, with Facundo Bagnis and Mitchell Krueger second and third. And on the clay of Shymkent, Kazakhstan, top seed Egor Gerasimov is joined by #NextGenATP stars Jay Clarke and Jurij Rodionov.