Robert Davis
This article contains:
Veteran tennis writer Robert Davis provides an inside look at the ATP Challenger Tour through his series of dispatches. This week, he is in Bordeaux, France.

Jo-Wilfried Tsonga and Tommy Robredo are just finishing up their practice out on Court 1, while Lucas Pouille and Adrian Mannarino are waiting to go on. And I see that Nicolas Mahut and Jurgen Melzer are scheduled to follow them. From the looks of the players' names in the draw you might have thought this is an ATP Tour event and not an ATP Challenger.

This week we are at the Club Villa Primrose in Bordeaux, France. The Villa Primrose first opened to tennis 122 years ago and is the oldest tennis club in France. The gathering spot of the club is the large outdoor deck overlooking Court 1. Members and guests are here milling around iron tables and wine casks stacked with plates of charcuterie, pate, fois gras and baskets of crusted bread.

Here in France, the men like to wear fancy scarves which they wrap, twist or tie around their necks while the women smoke skinny little cigarettes and discuss the latest in politics. Everyone seems to be sporting sunglasses and sipping glasses of champagne or Kir Royale. Back on Court 1, kids line the fences and call out- 'Luca… Luca' and 'Manna… Manna', hoping to get an autograph from Pouille or Mannarino. 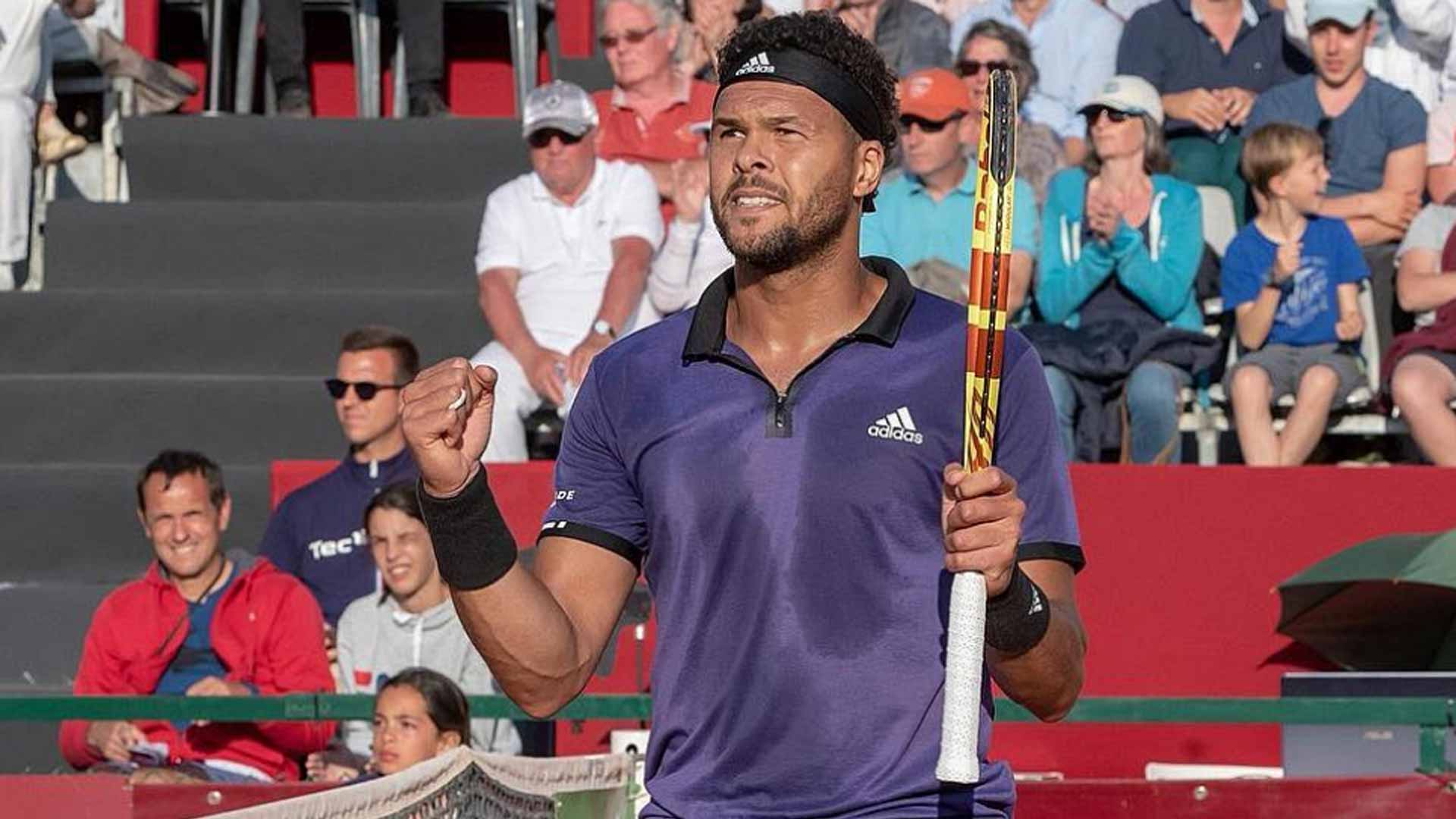 Talking about nicknames, some Tour players are called by abbreviations of their name. Nicolas 'Nico' Mahut, Adrian 'Manna' Mannarino, Rafael 'Rafa' Nadal, and Jurgen 'JoJo' Melzer. While other players have nicknames based on their style of play. Like Fabrice 'The Magician' Santoro, Alexandr 'The Dog' Dolgopolov and Max 'The Beast' Mirnyi. But here in Bordeaux we have two players that might have the best nicknames of all time. Zhang 'Flaming Dragon' Ze, and Gong 'The Dagger' Mao Xin. And if that is not enough, when they play doubles together, the Chinese media dubs them 'The Great Wall of Nanjing', in reference to a 14th century wall built in their hometown.

The fact that the two Chinese players are here in Europe and not playing the ATP Challengers in Korea is interesting. It is no secret the Chinese love to gamble, and the Great Wall of Nanjing certainly rolled the dice this time deciding to stray far from home to play on clay and not on their native hard courts back in Asia.

“We just feel like to be one of the best doubles teams in the world, we need to play against the best,” says Zhang Ze. “I mean this week we get to practise with Mahut and Melzer. Unbelievable.”

Last year, Zhang Ze and Gong Mao Xin teamed up for seven ATP Challenger Tour doubles titles. This year, they became the first Chinese men to win a round in a grand slam main draw event when they made the second round of the Australian Open. With the Olympics looming, the Great Wall of Nanjing is going all in.

There is a French proverb that says, “One day you are drinking the wine and the next day you are picking the grapes.” That is a very appropriate for the life of a professional tennis player. Tennis is both kind and cruel to a player on any given day, and the pressure to win and defend has a way of humbling even the best players.

Viktor Troicki knows a bit about that. Back in 2006, Troicki reached a career-high ATP Ranking No. 12, but now he sits at No. 240. Today, I see a kinder, humbler Serbian tennis player in Troicki. Maybe it is getting married and having a child that has tempered his fire. There he is out on Court 8 with his long-time coach Jack Reader concentrating on lengthening his contact zone on his backhand drive, hitting balls tossed by Reader. Reader has been around for almost as long as the Club Villa Primrose and there is no denying the care factor coach and player have for each other. 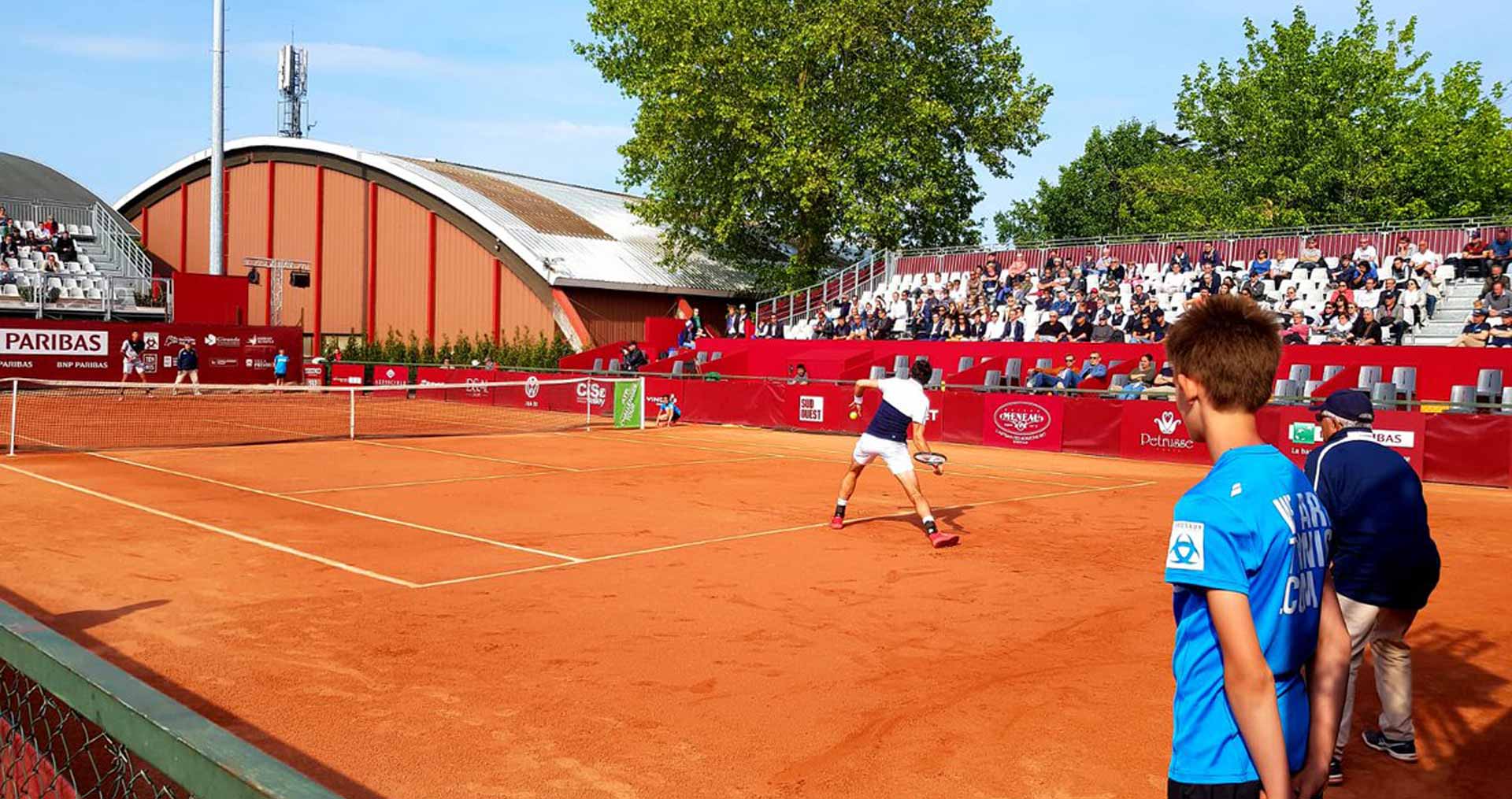 Today is Labor Day and it feels appropriate to be in France where the French celebrate a day off from work better than anyone in the world. In addition to the ATP players on the courts, there is a massive kid’s clinic organised, plus a wheelchair tennis session. An exhibition scheduled on Centre Court with Michael Llodra, Mahut, Fabrice Santoro and Julian Benneteau doing the honors. And I see that Yannick Noah and his magnetic smile have arrived to join in the celebration. Then there is Tsonga signing autographs beside a court filled with disabled tennis players.

The sky is powder blue with big white cumulus clouds hovering so low you wonder if a good defensive lob would get lost up there. The sap is rising in the old oak trees that shade the club with bright green leaves and, heck, even the birds chirping in branches seem happy.  This is how a professional tennis is meant to be played.

At times this week, the Villa Primrose felt more like a home than a tennis club. Oak hardwood floors with buckled planks and a staircase that creaks when you walk up to what may have been a gym a century ago. The walls are adorned with hundreds of photographs of French tennis legends and cabinets are full of dusty old trophies. One gets the feeling that everyone who can play tennis, no matter their age or ability, is honoured here at the Club Villa Primrose. And judging by the players who came, they must feel the same.