Medvedev Set To Meet Tiafoe On Tuesday At Australian Open

Daniil Medvedev started off the 2020 ATP Tour season in good form, with three Top 20 wins at the inaugural ATP Cup for Team Russia. On Tuesday night, the World No. 4 opens his account at the Australian Open, where he faces Frances Tiafoe, a fellow Next Gen ATP Finals alumnus, in the first round on Rod Laver Arena.

Medvedev, a two-time ATP Masters 1000 champion who made his first Grand Slam championship final at last year’s US Open, takes a 1-0 ATP Head2Head series lead into his opener against 2019 Australian Open quarter-finalist Tiafoe.

“I think it's a nice headline, I would say, two young guys,” Medvedev said. “It's a great matchup. He was in the quarters here last year, again [he will be] super motivated. But I think it's going to be a great match. Of course, I want to do my best to win it. Hopefully I can show some good tennis. [Playing] like this, I'm going to have my chances.”

Medvedev is in good form, having pushed World No. 2 Djokovic in a three-set battle in the semi-finals of the ATP Cup. He beat Fabio Fognini, John Isner, Casper Ruud and Diego Schwartzman in the first week of the year. 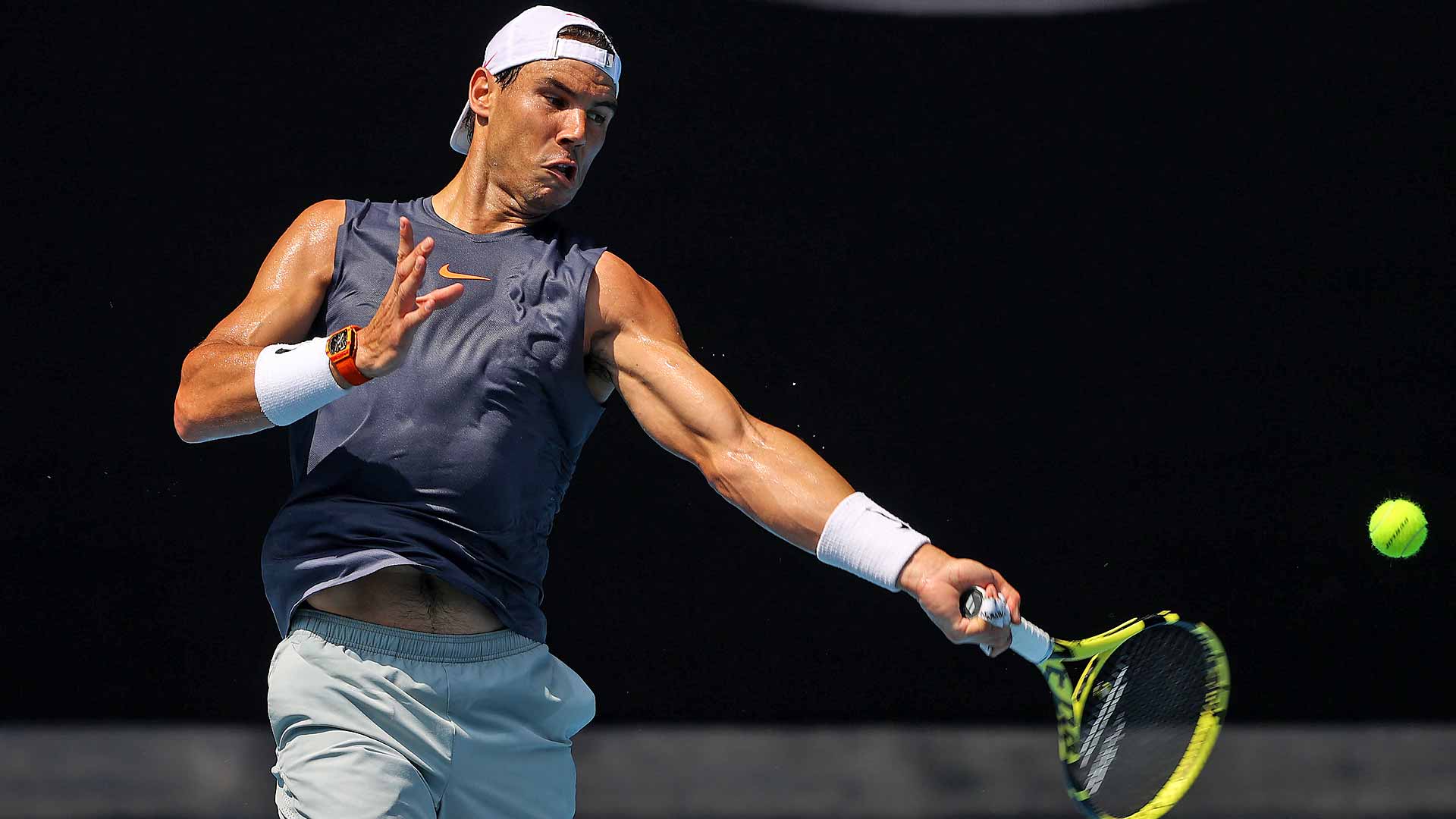 Novak Djokovic and Roger Federer got the Australian Open off to a flying start on Monday. But now World No. 1 Rafael Nadal will take centre stage in Melbourne on Tuesday.

Nadal, the 2009 champion, will face Bolivian Hugo Dellien for the first time in the opening round. The Spaniard begins his chase to tie Federer’s record of 20 Grand Slam titles. The 19-time major winner is pursuing his second Australian Open trophy.

But the legendary lefty will be focussed on the task at hand against Dellien, a 26-year-old who won a career-high 12 tour-level matches in 2019. The five-time ATP Challenger Tour titlist will be making his main draw debut in Melbourne against Nadal, who has lost in the first round of a major just twice.

“I am practising I think more or less okay. Just two more days of practice [remain for me],” Nadal said at his press conference on Saturday. “Let's try to keep going with the right intensity and with the right feelings. Hopefully I will be ready for Tuesday.”

Nadal has advanced to at least the quarter-finals in 11 of his past 12 Australian Open appearances dating back to 2007, and he carries plenty of momentum after leading Team Spain to the final of the inaugural ATP Cup. The last time he lost to someone ranked as low as World No. 73 Dellien was when then-World No. 143 Denis Shapovalov beat him at the 2017 Coupe Rogers in a final-set tie-break.

One player who wasn’t as successful at the ATP Cup is No. 5 seed Dominic Thiem, who went 1-2 in Sydney. He will try to find his rhythm against Frenchman Adrian Mannarino. The Austrian star will take confidence knowing he has won all seven of their matches.

Thiem has never advanced past the fourth round at Melbourne Park, but he showed great improvement on hard courts last season, winning the BNP Paribas Open at Indian Wells and making the championship match of the Nitto ATP Finals. 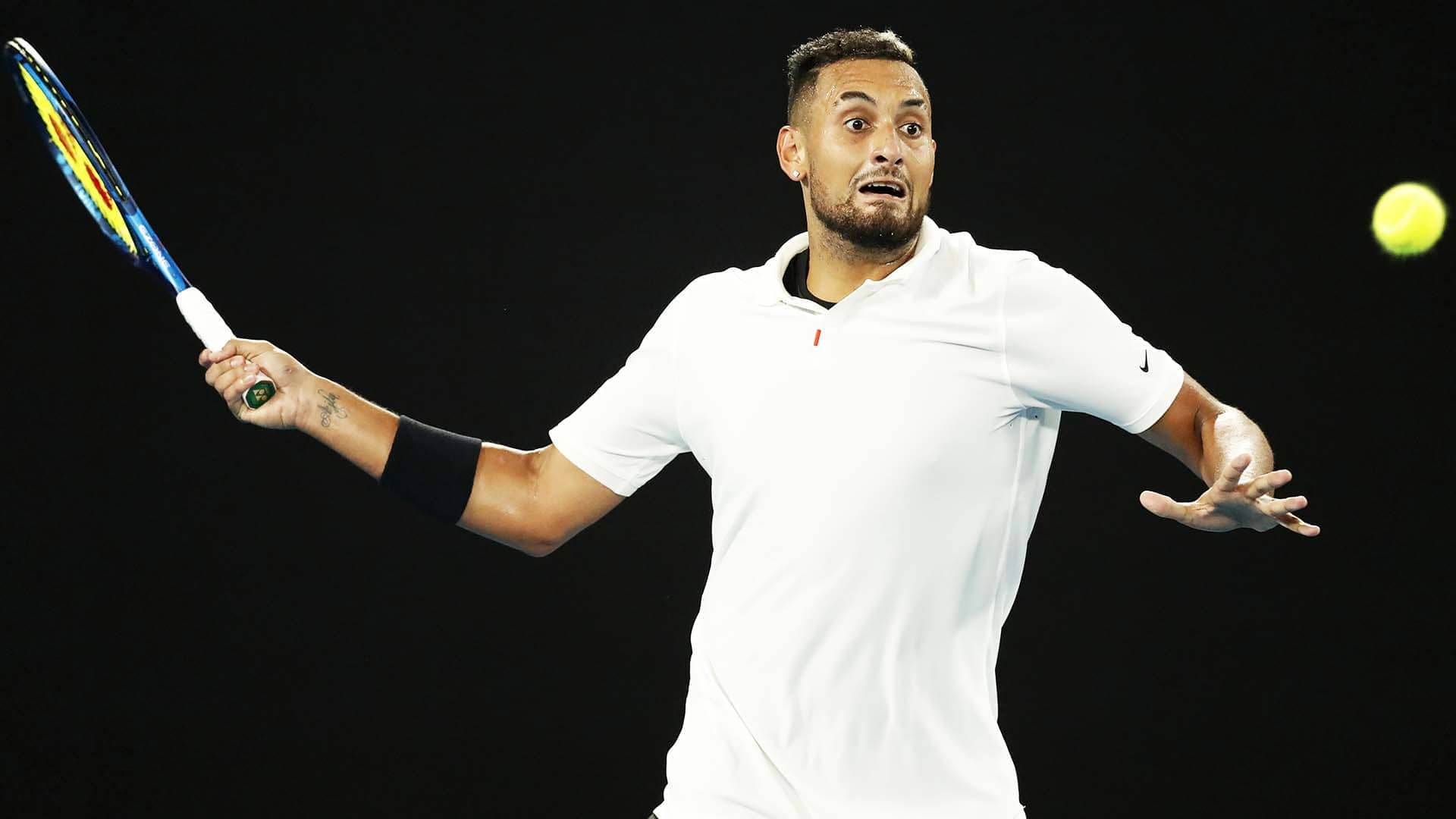 The Aussie fans will be excited to see home favourite Nick Kyrgios in action, as the World No. 26 faces Italian Lorenzo Sonego, who made the quarter-finals of last year’s Rolex Monte-Carlo Masters, a clay-court Masters 1000 event.

Kyrgios played Sonego for the first time at last year’s Western & Southern Open, winning 94 per cent of his first-serve points in an 80-minute 7-5, 6-4 victory in which he did not face a break point.

“Sonego is a tough competitor,” Kyrgios said. “It was a tough match. Very capable player. Big serve. Loves to hit his forehand. I'm not thinking about it too much at the moment. I’ve got a couple more days to prepare, enjoy the vibes around the whole Aussie Open. I'm just taking it day by day.”

#NextGenATP Canadian star Felix Auger-Aliassime will make his main draw debut in Melbourne, facing a Grand Slam semi-finalist in Ernests Gulbis, a qualifier here this year. The 19-year-old beat Gulbis 7-5, 6-3 in Stuttgart last year, and he will hope to find his best form after admitting at the ATP Cup that he struggled finding a rhythm after switching to a slightly-altered racquet during the off-season. 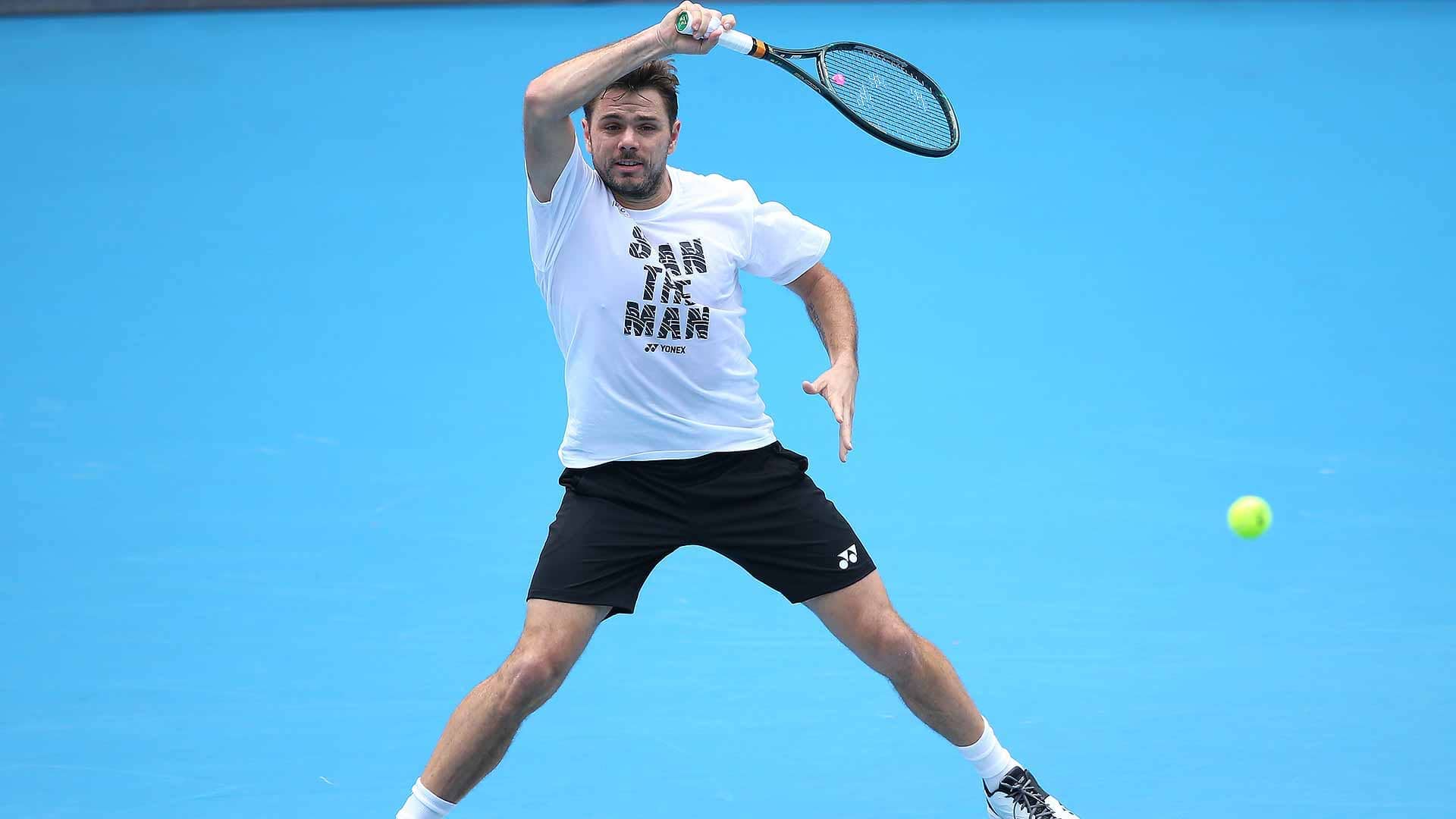 Perhaps the hardest matchup for those players is World No. 92 Damir Dzumhur, who takes a 2-1 ATP Head2Head lead into his battle against Wawrinka. The three-time ATP Tour titlist most recently beat the three-time major winner in Geneva last year.

Although Wawrinka could take the racquet out of almost any opponent’s hands with his physical and powerful baseline game, Dzumhur is a speedster in the backcourt, who has a knack for putting an extra ball back into play. If the Swiss is not firing early, Dzumhur will not give him many freebies.

The red-hot Russian Andrey Rublev, who has already won titles in Doha and Auckland this season, takes on Aussie wild card Chris O’Connell. The World No. 16 has overtaken Karen Khachanov as the second-ranked Russian in the FedEx ATP Rankings.