Rafael Nadal and Nick Kyrgios will play one another for the eighth time on Monday.

ATP Staff
This article contains:
World No. 1 and Aussie battle for spot in Melbourne quarter-finals

When Rafael Nadal and Nick Kyrgios play, the tennis is almost always sensational. Throw in the Melbourne crowd and the opportunity to reach a Grand Slam quarter-final, and their clash on Monday in the fourth round of the Australian Open promises to be a blockbuster showdown.

“I'm super excited, honestly. Playing one of the greatest tennis players on centre court at your own Slam, it's pretty damn cool,” Kyrgios said. “Obviously it's going to be another physical battle. Nothing comes easy with him. He had a relatively routine match [on Saturday], so he's going to be feeling good. I'm looking forward to it. That's why you play.”

Kyrgios played the longest match of his career late Saturday evening, finding a way to battle past big-hitting Russian Karen Khachanov in a fifth-set Match Tie-break after four hours and 26 minutes. Immediately, as Kyrgios fell to the court in celebration, the fans knew that their home favourite was not only moving on, but that he will get a crack at top-seeded Nadal, who is chasing his second title at Melbourne Park. 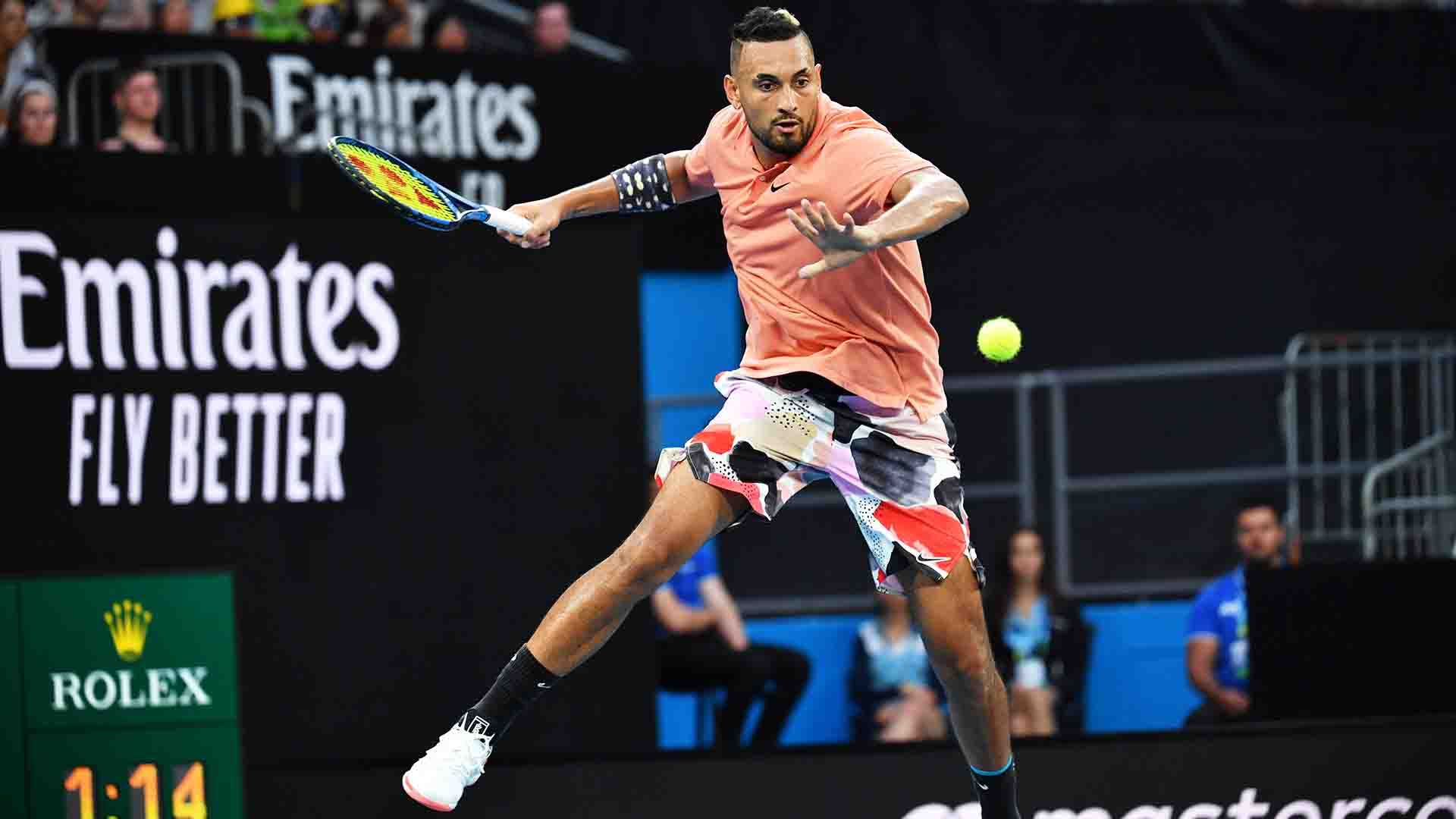 Nadal has won four of the pair’s seven ATP Head2Head encounters, most recently defeating the Aussie in the second round at Wimbledon last year. The Spaniard showed his toughness to win tie-breaks in the third and fourth sets at SW19, triumphing after just over three hours.

The 19-time Grand Slam champion, who is chasing Roger Federer’s record of 20 major trophies this fortnight, knows that Kyrgios at his best could challenge anyone on the ATP Tour, as he has throughout their rivalry.

“He's a very top, talented player. But there is a lot of important things that you need to do to become a champion,” Nadal said after his Wimbledon win. “He has a lot of good ingredients.

“With his talent and with his serve, he can win a Grand Slam, of course. He has the talent to do it.”

But Rafa is Rafa after all. Upsetting the Spaniard will be a tremendous task for Kyrgios. The legendary lefty is trying to reach at least the quarter-finals at the season’s first Grand Slam for the 12th time in his 13 most recent appearances, while the Aussie is trying to make the last eight at a major for the first time since the 2015 Australian Open.

Nadal is also in devastating form. The 33-year-old led Team Spain to the final of the inaugural ATP Cup to start the year, and he has not yet dropped a set in Melbourne. The 84-time tour-level champion has allowed only one set to go past 6-4, and he defeated former World No. 10 Pablo Carreno Busta, the No. 27 seed, in only one hour and 38 minutes in the third round. 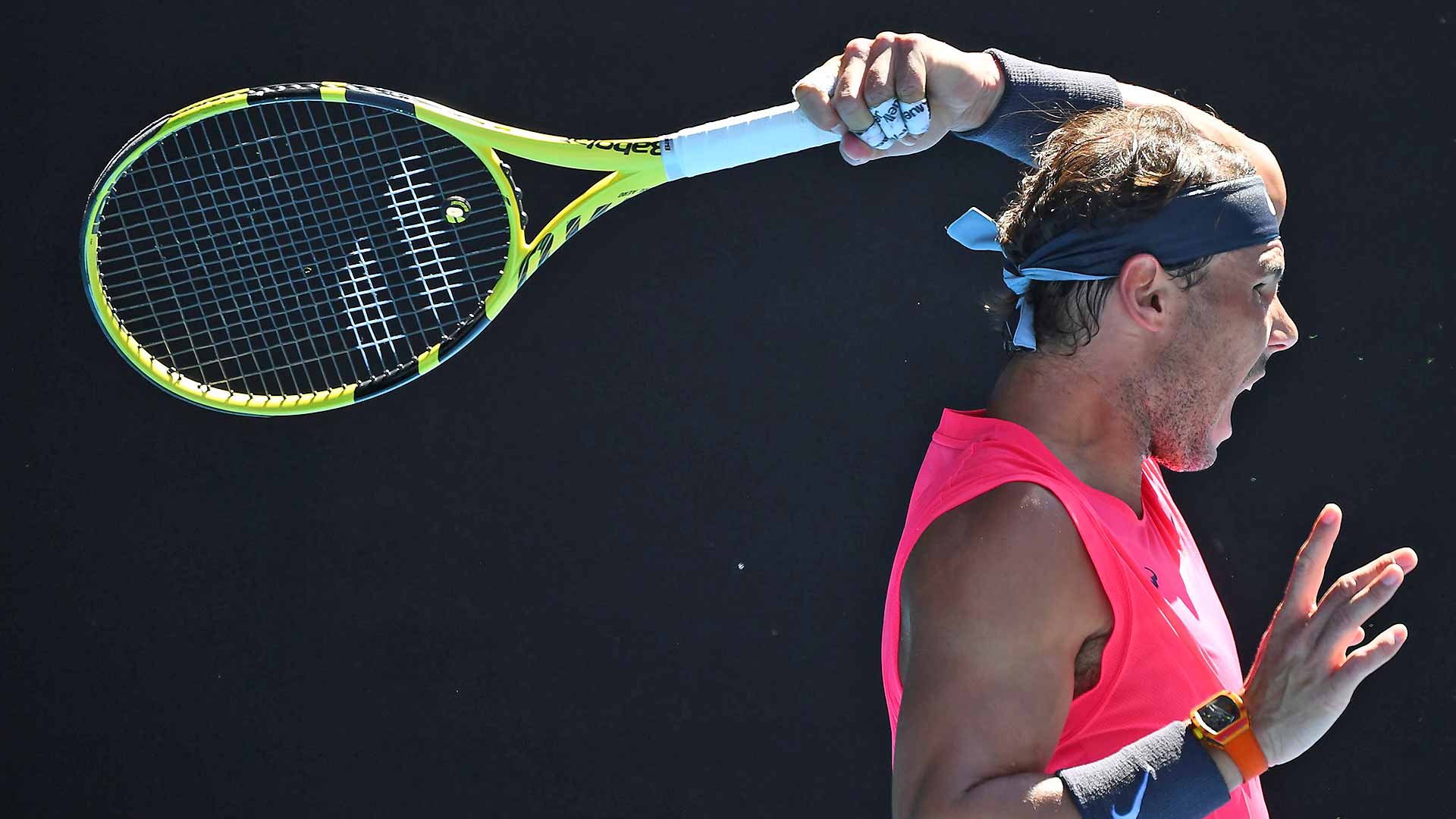 “It was my best match of the tournament so far, without a doubt. Big difference between today and the previous days,” Nadal said after defeating Carreno Busta. “I have been serving well, starting to create damage with the forehand. Hitting serve and one shot.”

Even though Kyrgios has beaten Nadal on three occasions, his challenge will be to find a way to knock off the Spaniard in full flight. Kyrgios, who defeated Nadal in Acapulco last year, will be able to look back at that match and even his Wimbledon loss positively as he steps into Rod Laver Arena on Monday.

“Every time you put up a battle like that against Rafa, you're going to take confidence from it. Two tough tie-breaks. There's nothing in that match really. He changed up his game plan a little bit,” Kyrgios said. “I'll probably expect him to serve a little bit more to my forehand when I play him in a couple days. That's what he did at Wimbledon. He had some pretty good success there. I thought he played really well at Wimbledon. I came out a little slow. But the grass just seemed so slow. I couldn't really break him down.”

How has Kyrgios found success against Nadal? The Aussie has a short backswing on his backhand, allowing him to blunt the heavy topspin of Nadal’s cross-court forehand. Kyrgios’ booming serve also allows him to start off points on the front foot. But that’s not all, according to the 24-year-old.

As Kyrgios said, he plays for challenges like facing Nadal on a stage like Rod Laver Arena. The question is, even if he brings his best, will he have enough to beat Nadal?