Tim Puetz and Michael Venus captured the Rolex Paris Masters doubles title on Sunday. The German-Kiwi team completed a high-quality 6-3, 6-7(4), 11-9 victory over third-seeded Frenchmen and 2019 champions Pierre-Hugues Herbert and Nicolas Mahut in one hour and 52 minutes.

Puetz and Venus first joined forces in June and captured their first ATP Tour crown at the Hamburg European Open (d. Krawietz-Tecau) in June. In the French capital this week, the duo also beat Rajeev Ram and Joe Salisbury, and Jamie Murray and Bruno Soares.

“We knew we would need to play our best tennis,” said Venus. “It was an unbelievable atmosphere today and it made the final very special... It's huge, these are the biggest tournaments for us.”

Puetz said, "We started pretty well in Halle, and it helps that we know each other well. We've played a good year. Today could have gone either way, but it's great to have the trophy." 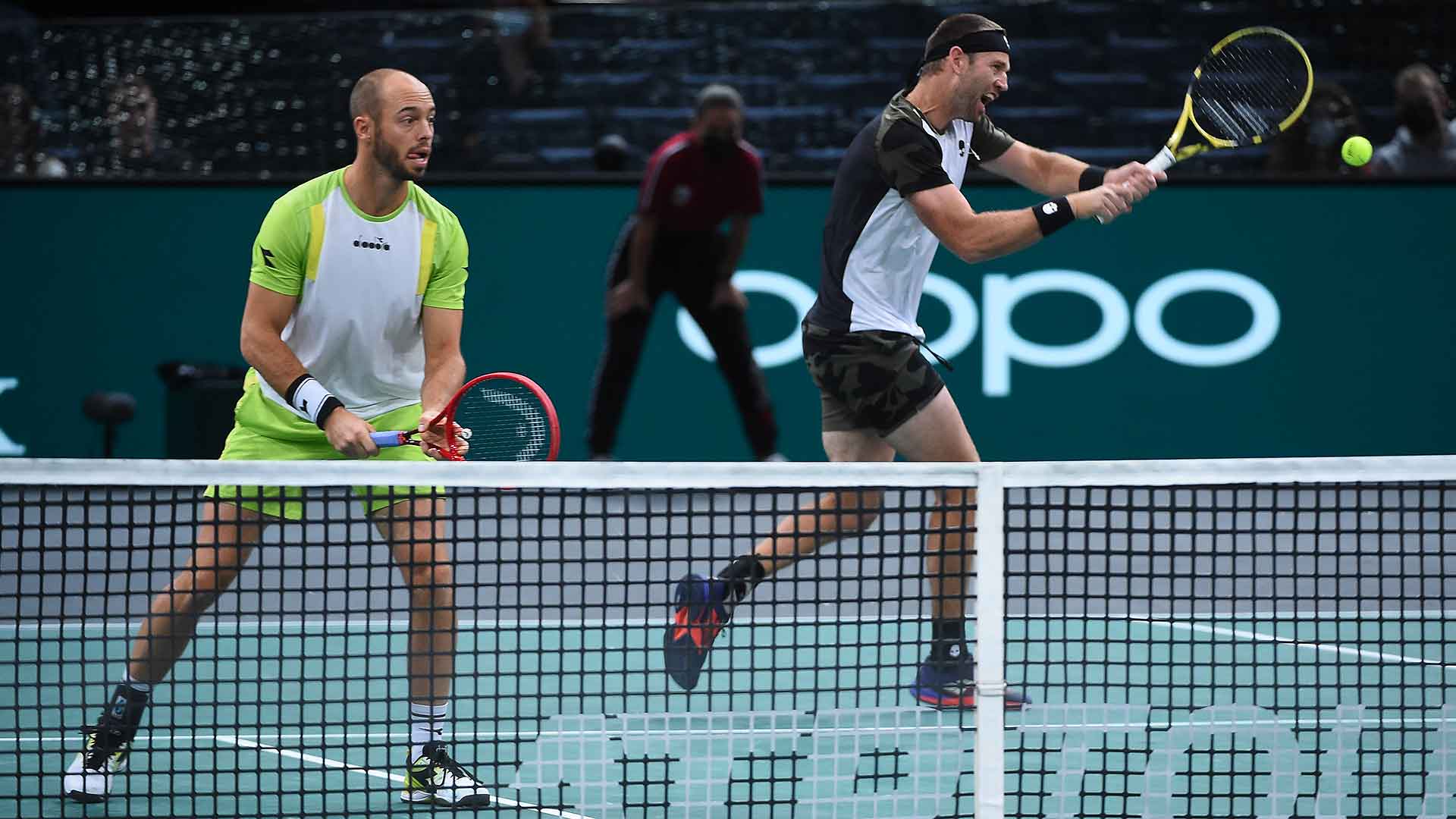 Great returning and high energy helped Puetz and Venus to a 3-0 advantage in only eight minutes. Herbert got out of trouble after striking two double faults at 1-4 and Puetz later closed out the first set, which lasted 30 minutes, with three consecutive smashes.

Herbert and Mahut both came through deciding point service holds early in the second set, before the Frenchmen started to apply pressure and ignited the crowd’s support. Puetz and Venus held firm to save deciding points at 2-3 and 3-4, but Herbert and Mahut stepped up with the set within their sights. Yet at 5-6, Puetz recovered four set points with excellent serving to reach a tie-break.

Herbert flicked a backhand return winner down the line for 6/4 in the tie-break and a low Mahut return proved too good for Venus to get back cleanly. In the Match tie-break, Herbert and Mahut rushed Puetz and Venus into errors for a 5-2 advantage, but the German-Kiwi pair hit their spots and managed to close out a tense and memorable encounter for their 15th match win of 2021.

Herbert and Mahut, who are 30-11 on the season, will now turn their attention to a sixth participation at the Nitto ATP Finals. This year, the Pala Alpitour in Turin will host the season final for the first time from 14-21 November, after an 11-year stint in London.

"We have lived a wonderful week," said Mahut. "Yesterday the atmosphere was crazy. Honestly, the crowd actually helped us turn the ship over. Today we were tired, and then we managed to hold our own. The crowd helped us. This week was incredible. It's a pity we end this week like this. We would have liked to win the [Match] tie-break. We gave it our all. It's always just a pity that we didn't share the victory with the public."