Josh Meiseles
This article contains:
The first clay-court event of 2019 is held on the southern coast of Uruguay

On Sunday, Gianluca Mager made his mark on the ATP Challenger Tour, securing his maiden title on the indoor hard courts of Koblenz, Germany. The 24-year-old Italian became the fourth first-time winner already this year, lifting the biggest trophy of his career.

Who will follow in Mager's footsteps this week? Opportunities abound with four tournaments on four continents, including the first clay-court stop of the year in Punta del Este, Uruguay, as well as the first Challenger 125 event in Newport Beach, USA, and the 13th edition of the Open de Rennes in northern France. The Aussie swing continues in Burnie, with the third of four events in the country.

Top seed Guido Andreozzi is the defending champion at the Punta Open, as the clay courts of Punta del Este welcome players for a second edition. Andreozzi will be looking to pick up where he left off in 2018, having claimed a tour-leading four titles.

Joining the Argentine in the picturesque Uruguayan beach town is second seed Juan Ignacio Londero and third seed Hugo Dellien. Both players enjoyed breakthrough 2018 Challenger campaigns, with Londero claiming a 40-win season and Dellien making his Top 100 debut behind a trio of titles.

On Sunday, players visited the famous La Mano de Punta del Este ahead of the tournament. A large, concrete sculpture located on the beach, the landmark known as 'The Hand' was built in 1982 by Chilean artist Mario Irarrázabal. It is one of the iconic sights of the city and has become one of Uruguay's most recognizable landmarks. 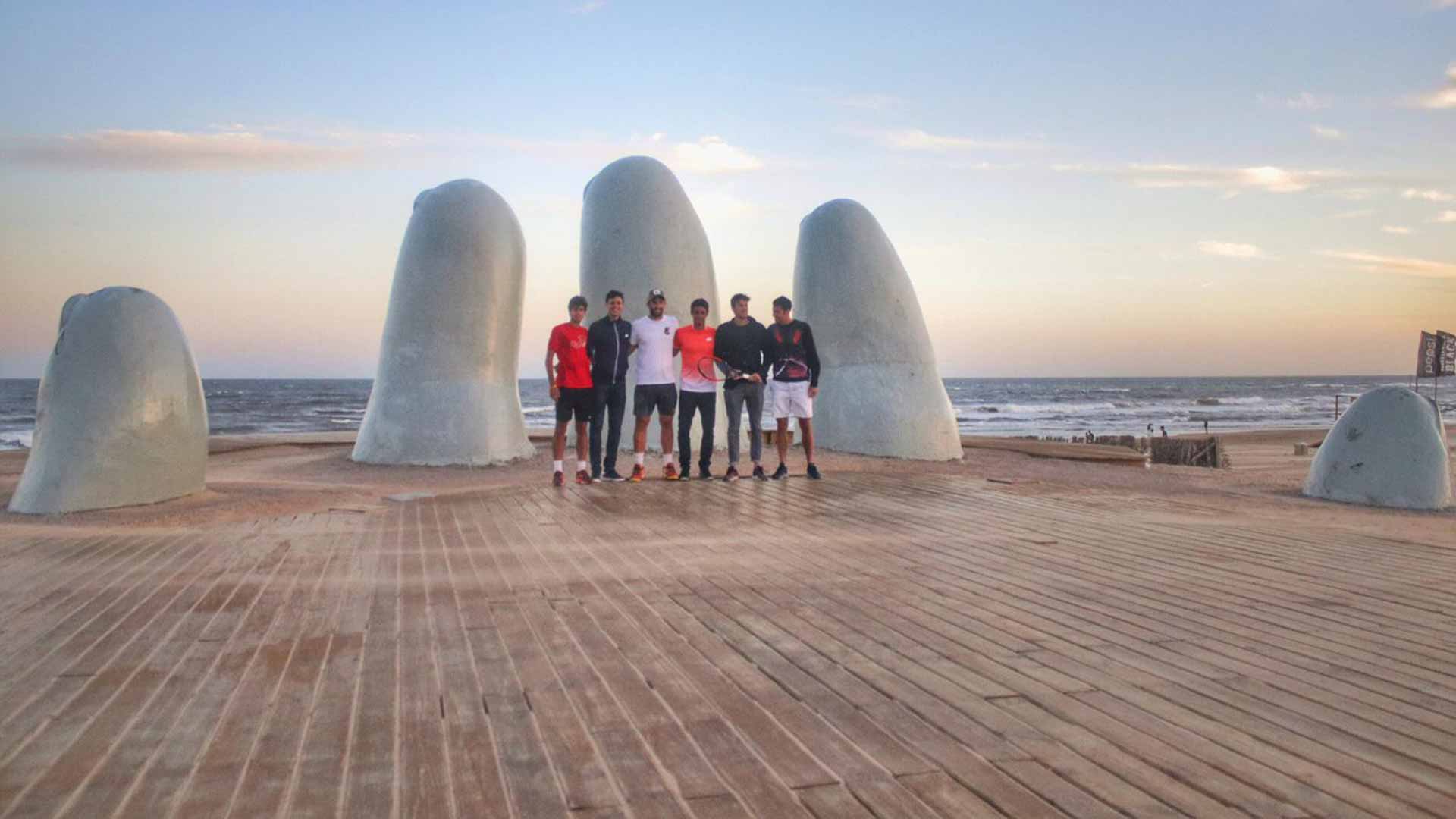 The Punta Open will lead into the Latin American 'Golden Swing' on the ATP Tour, with events in Cordoba and Buenos Aires, Argentina, as well as Rio de Janeiro and Sao Paulo, Brazil.

Elsewhere, the first Challenger 125 event of the year is held in Newport Beach, California, where the Oracle Challenger Series returns to the coastal town for a second straight year. Defending champion Taylor Fritz is the top seed, with last year's runner-up Bradley Klahn seeded second. Local hope Mackenzie McDonald is third. Fritz is coming off a third-round finish at the Australian Open, while McDonald pushed World No. 7 Marin Cilic to four sets in a second-round battle.

In Rennes, France, the 13th edition of the Open de Rennes features a stacked field. Frenchmen Adrian Mannarino and Benoit Paire lead the pack, with #NextGenATP star Felix Auger-Aliassime seeded third. Currently at No. 106 in the ATP Rankings, the 18-year-old Canadian could break into the Top 100 with a strong performance this week.

And in Burnie, Australia, ninth seed Stephane Robert looks to retain his crown, while Bosnia's Mirza Basic is the top dog. Marc Polmans is the lone Aussie seed at No. 4. He opens against countryman James Duckworth in a blockbuster second-round clash.