Third seed Gael Monfils bids for a second ATP World Tour title of 2018 at the Ecuador Open in Quito.

Monfils Arrives In Quito In Style

Touching down in the Ecuadorian capital of Quito to play the Ecuador Open for the first time in his career, there was something different about Gael Monfils.

Having started off his 2018 campaign with a title at the Qatar ExxonMobil Open and pushing Novak Djokovic to four sets in a grueling second-round encounter at the Australian Open, there’s reason to believe Monfils has turned the page on an injury-marred 2017 and is approaching the new season with renewed determination and focus.

Oh, and a new hairstyle.

You May Also Like: Monfils Trains, Entertains In New Web Series

The Frenchman, who is known for both his showmanship on court and his vibrancy off it, met the press ahead of his first tournament appearance in Quito, debuting his new golden locks.

“To be honest with you, the day before I came here I [went] to my hair dresser just to fix my dreadlocks and I was talking with [her] and she said, ‘Why don’t we do a colour’?” recounted the 31-year-old. “I call my girlfriend and I call my agent and everybody said no. So I said, ‘Okay, I’ll do it’!

“So I stayed there for five hours to get that colour,” Monfils added. “It was very challenging and a great experience. In the end, I like it, it’s fun. Sometimes we need to do some crazy things, and I [said] if I have time to get back home I can put it dark for my girlfriend again.” 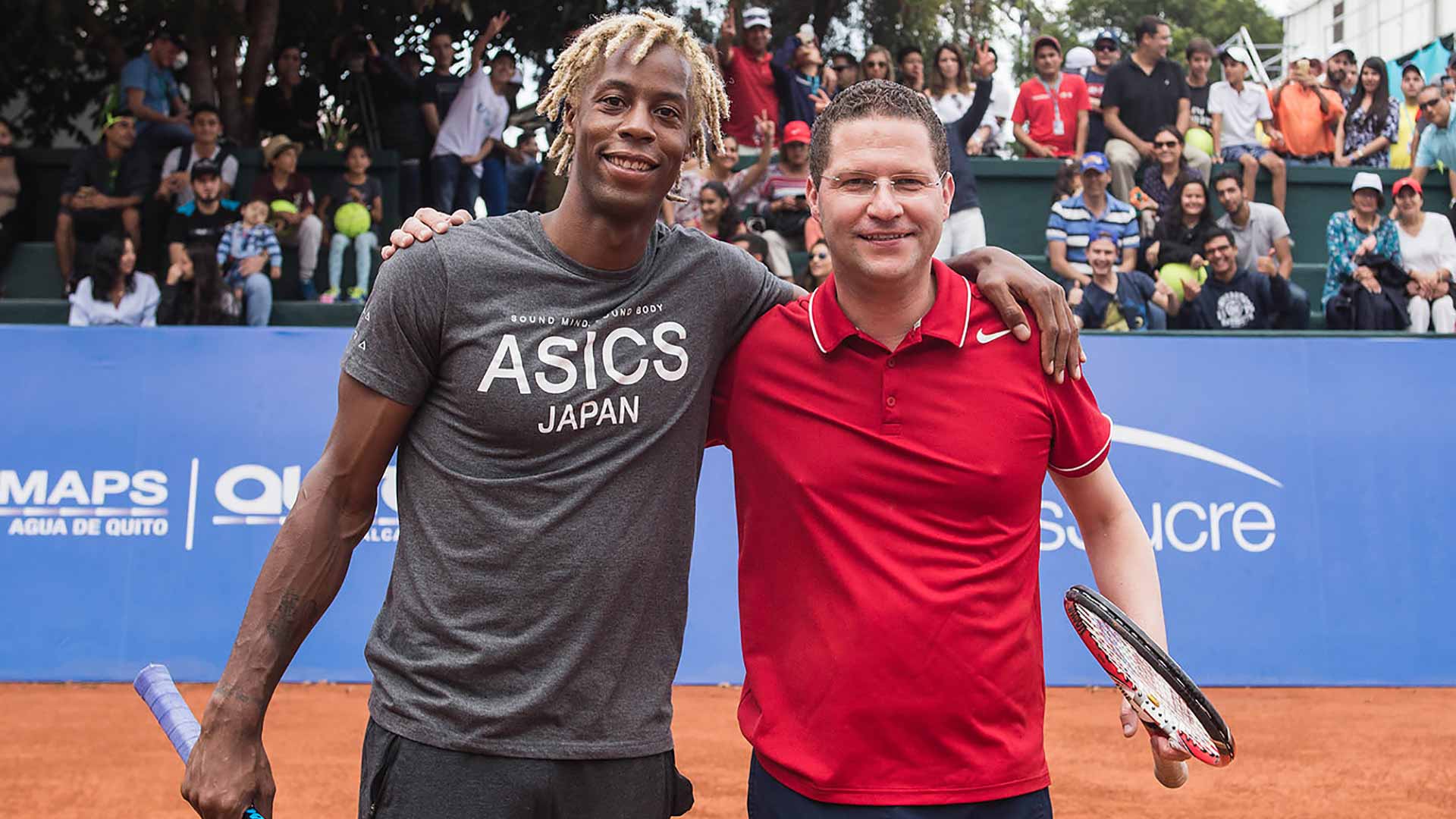 Monfils played with the Mayor of Quito, Mauricio Rodas, for 15 minutes on Saturday.
The third-seeded Monfils will encounter a host of other challenges in Quito this week, including red clay during a period of the season in which he has historically favoured Europe’s indoor hard courts and the tricky high-altitude conditions of a tournament played 2,850 metres above sea level.

“You know it’s always challenging, every week is challenging. This week is another challenge. I always go with different challenges. This one because it is in altitude and it’s a different type of tennis; but I’m scared of nobody,” said the seven-time ATP World Tour titlist.

"I love to play on clay courts. It’s just a matter to fix myself with the altitude, then I think it’s going to be a great week for me.”

Monfils will open against #NextGenATP Norwegian Casper Ruud or Argentinean veteran Carlos Berlocq — and if he’s up to the challenge this week, the Frenchman might just walk away with a trophy as bright as his new golden crown of hair.

In each of the Ecuador Open’s first three years, the same player has raised the trophy: Victor Estrella Burgos.

The native of the Dominican Republic will face Thomaz Bellucci in the first round — it is the fourth straight year they have met at the event (2015 SF, 2016 F and 2017 SF). Estrella Burgos has only made three singles finals in his ATP World Tour career — all in Quito — and has won each time.

If the 37-year-old hopes to add another trophy to his collection, he may have to play Monfils in the semi-finals.

“I really like challenges. I know Victor [Estrella Burgos] won three times,” Monfils said. "I will try to win my first round and then see if I can challenge him – why not?”

The top seed is World No. 10 Pablo Carreno Busta, who will face Rogerio Dutra Silva or a qualifier in the second round.