More than 50 people have sought refuge in the academy.

This article contains:
Nadal also pitches in to clear mud from workshop

Rafael Nadal has opened the doors of his tennis academy to his fellow Mallorcans after devastating rains and flash flooding caused at least 10 deaths and catastrophic damage on the Spanish island.

Spanish Prime Minister Pedro Sanchez visited the island Wednesday and declared a "zone of catastrophe". The town of Sant Lloreç des Cardassar, where more than 200 people had to flee their homes, was especially hard hit.

Nadal responded to the emergency by providing accommodation for at least 50 people at the  Rafael Nadal Academy by Movistar.

“Today is a sad day in Mallorca” wrote the ATP World No. 1 on Twitter. “Our deepest condolences to the families of those who died in San Llorenç floods. Today we offer again the rooms of the #RafaNadalSportsCentre and the Academy for all those who were affected and need accommodation.”

On Wednesday, Nadal also spent three hours helping with the cleanup of Sant Llorenç. The 33-time ATP World Tour Masters 1000 champion joined a group of 20 to remove mud from a mechanical workshop, where water levels reached two metres. His efforts were captured in an image featured on the front page of leading Spanish newspaper, Marca. 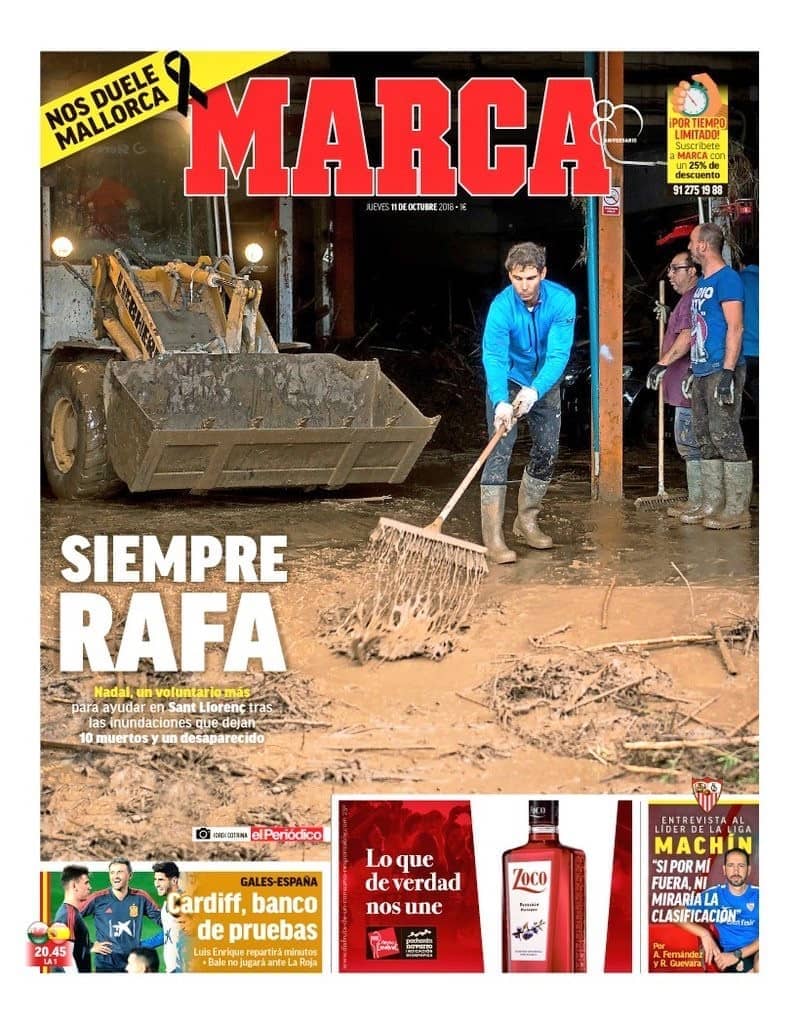 Nadal is at home in Mallorca continuing his recovery from a knee injury that forced his retirement from the US Open. He is next scheduled to compete at the Rolex Paris Masters, beginning 29 October.