Rafael Nadal was honoured with the Stefan Edberg Sportsmanship Award for the fourth time.

Nadal Honoured With Sportsmanship Award: ‘This Trophy Means A Lot’

World No. 2 Rafael Nadal has been selected by fellow players as the winner of the Stefan Edberg Sportsmanship Award in the 2020 ATP Awards. The Spaniard receives this honour for a third straight year and fourth time overall (2010, 2018-2020) for his fair play, professionalism and integrity on and off the court.

“It means a lot for me to have this trophy one more time, the Stefan Edberg Sportsmanship Award. I’m going to put this trophy next to the other ones in a very special place here,” said Nadal, speaking from the Rafa Nadal Academy by Movistar's museum in Manacor.

“Thank you very much to all my colleagues on Tour for thinking that I am the right one to receive this sportsmanship award. When someone asks me how I want to be remembered, I always answer, ‘I want to be remembered [as] a good person more than a good tennis player.’ That’s why this trophy means a lot.”

"I want to be remembered as a good person more than a tennis player. That's why this trophy means a lot."@RafaelNadal | #ATPAwards pic.twitter.com/0n52VBbXTd

You May Also Like: 2020 ATP Awards: Alcaraz, Federer, Nadal, Rublev Among Winners 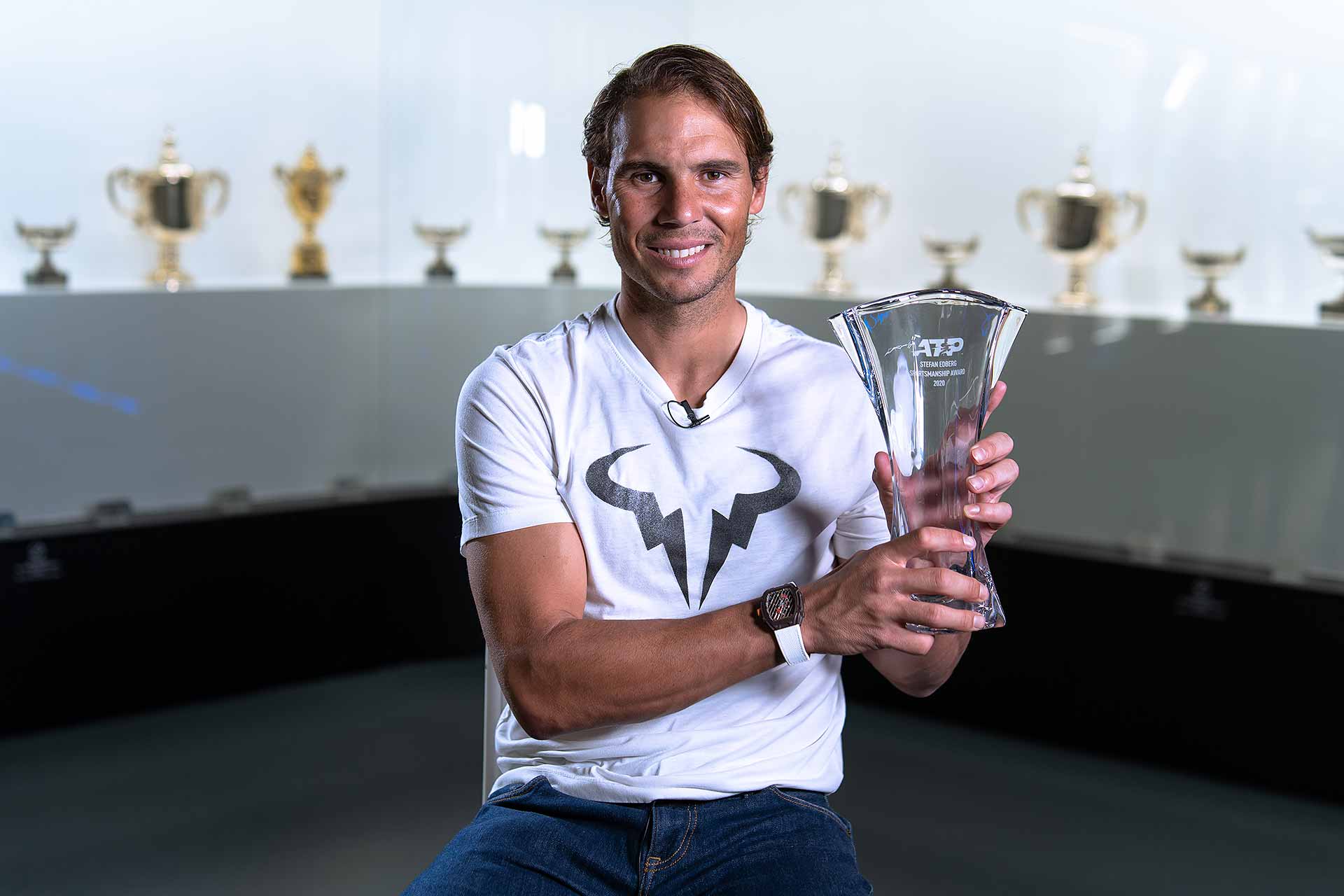