Defending champions Joe Salisbury and Rajeev Ram advance to the semi-finals in New York on Tuesday.

Defending champions Rajeev Ram and Joe Salisbury overcame fierce resistance from Hugo Nys and Jan Zielinski on Tuesday to complete a 6-4, 6-7(3), 6-4 quarter-final victory and maintain their push for back-to-back titles at the US Open in New York.

The top-seeded American-British pair let slip four match points at 5-4 in the second set as Nys and Zielinski rallied to clinch the second-set tie-break and force a decider on Louis Armstrong Stadium. Ram and Salisbury, who are chasing their third Grand Slam crown this fortnight at Flushing Meadows, responded by sealing a decisive break in the opening game of the third set, going on to wrap a two-hour, 34-minute triumph.

Ram and Salisbury, who have lifted ATP Masters 1000 trophies in Cincinnati and Monte Carlo this season, will next face 11th seeds Lloyd Glasspool and Harri Heliovaara or 2019 champions Juan Sebastian Cabal and Robert Farah in New York.

Koolhof and Skupski, who are currently No. 2 and No. 1 in the Pepperstone ATP Doubles Live Rankings, respectively, converted all four break point opportunities they created in a clinical quarter-final display. Dutchman Koolhof and Briton Skupski will now prepare for their maiden Grand Slam semi-final as a team, where their opponents will be third seeds Marcelo Arevalo and Jean-Julien Rojer.

Dutchman Rojer and El Salvador’s Arevalo, who haven’t dropped a set all tournament, served exceptionally well Tuesday, only misfiring on eight first-serves, making 84% of their heavy first deliveries. The pair has captured three titles this season, including an 11-match winning streak when they triumphed at the ATP 250 events in Dallas, Texas and Delray Beach, Florida. 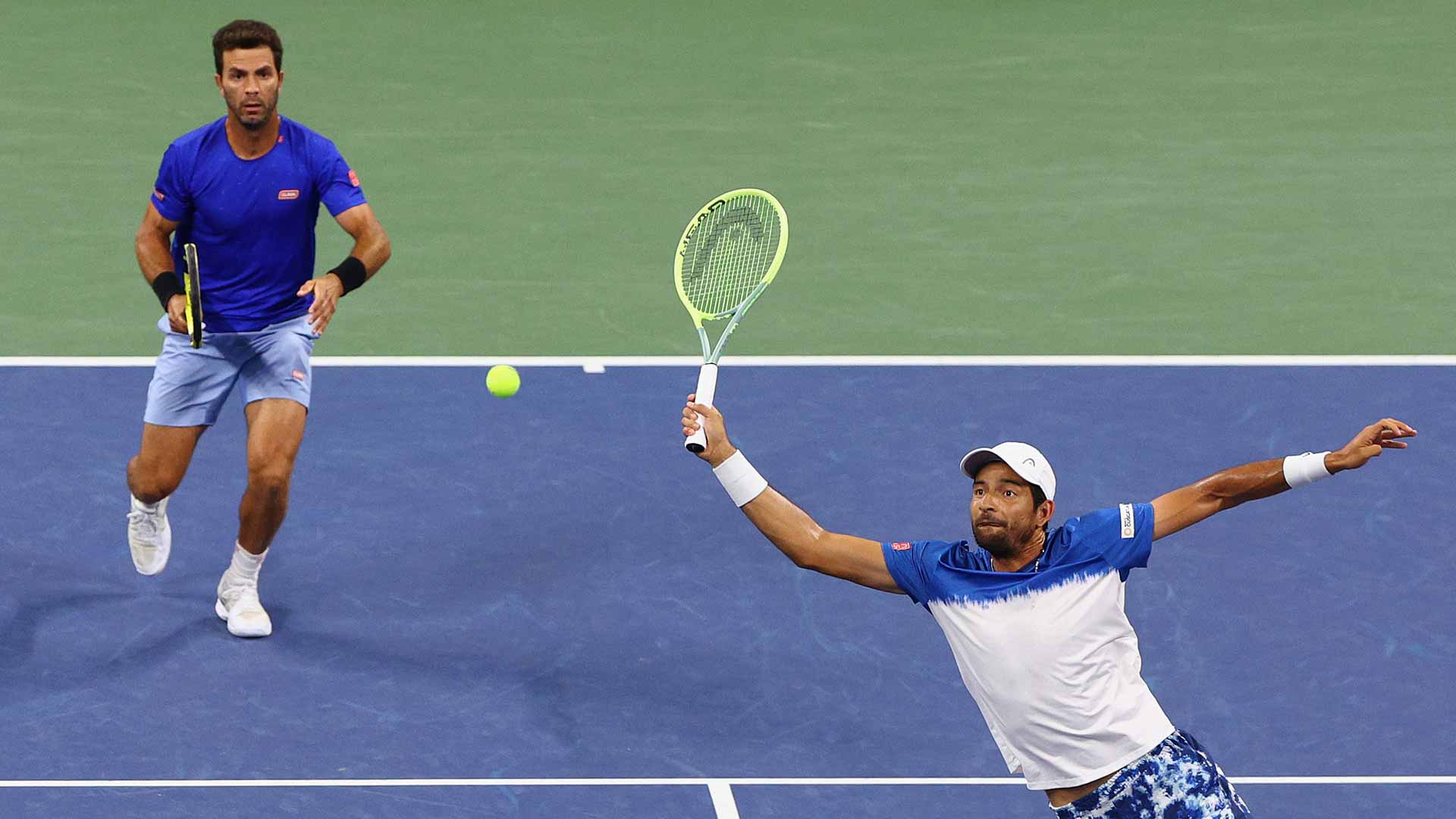 The duo is No. 2 in the Pepperstone ATP Live Doubles Teams Rankings. Should they win the US Open, the pair will climb to the top spot and strengthen their hold on a spot at the eight-team Nitto ATP Finals.

Cabal and Farah, who triumphed at the US Open in 2019, will now look to avenge their loss earlier this season in Monte Carlo to Ram and Salisbury, who won in a match tie-break to collect the title.

Should they claim their second title at the season’s final Slam, the Colombian duo would rise five spots to fourth in the Pepperstone ATP Live Doubles Teams Rankings and boost their chances of being at the season finale in Milan, Italy.