Ramkumar Ramanathan had never reached a tour-level semi-final before arriving in Newport for this week's Dell Technologies Hall of Fame Open.

Ramkumar Ramanathan made national history on Saturday, becoming the first Indian to reach an ATP World Tour final since Somdev Devvarman at Johannesburg in 2011 when he defeated American Tim Smyczek to advance to the Dell Technologies Hall of Fame Open championship match. Ramanathan can become the first Indian titlist at tour-level since Leander Paes in Newport 20 years ago.

Ramanathan spoke to ATPWorldTour.com about various 'firsts' throughout his career, from his first prize money splurge to the first autograph he ever asked for.

First pinch-me moment on the ATP World Tour
When I beat Somdev [Devvarman] in 2014 in Chennai. I qualified and there was like a one per cent chance I would play him and I played him and beat him 6-4 in the third set. I didn’t imagine that I was going to beat him that day, but I was just focused on giving my best. I was really nervous and that’s where it all started. I was really happy and from that day on, it’s been going upward, so I’m happy for that.

First coach and most important lesson she taught me
My first coach was Thyagarajan Chandrasekaran. He’s from Chennai. I used to play at an academy there for a few years. He really focused on my forehand, I remember. We used to go at 2 o’clock and he’d feed balls to me. That’s where it all started and he always kept saying, ‘You have the game, just keep believing’.

First time I was recognised
In Chennai sometimes. Once I won that match against Somdev, I slowly started getting recognised and also when I beat Dominic Thiem, so it was good to have that win, too.

You May Also Like: 20 Years On, Ramanathan Eyes Singles Title For India

First time I travelled abroad
When I was 11, to Nick Bollettieri’s academy. I was sent by our federation on that trip, it was sponsored. It was a good trip for 140 days and we all had some fun with Mr. Nick Bollettieri. I still remember he gave a lesson for the group. It was great exposure for us and for me, it was unbelievable, because it’s not easy to train at any academy, so it was a good feeling.

First concert I visited
I went to a couple in Barcelona, but the first was Enrique Iglesias.

First prize money purchase
When I broke the Top 150 [in the ATP Rankings], I told myself I was going to get the Beats headphones. I always liked those. 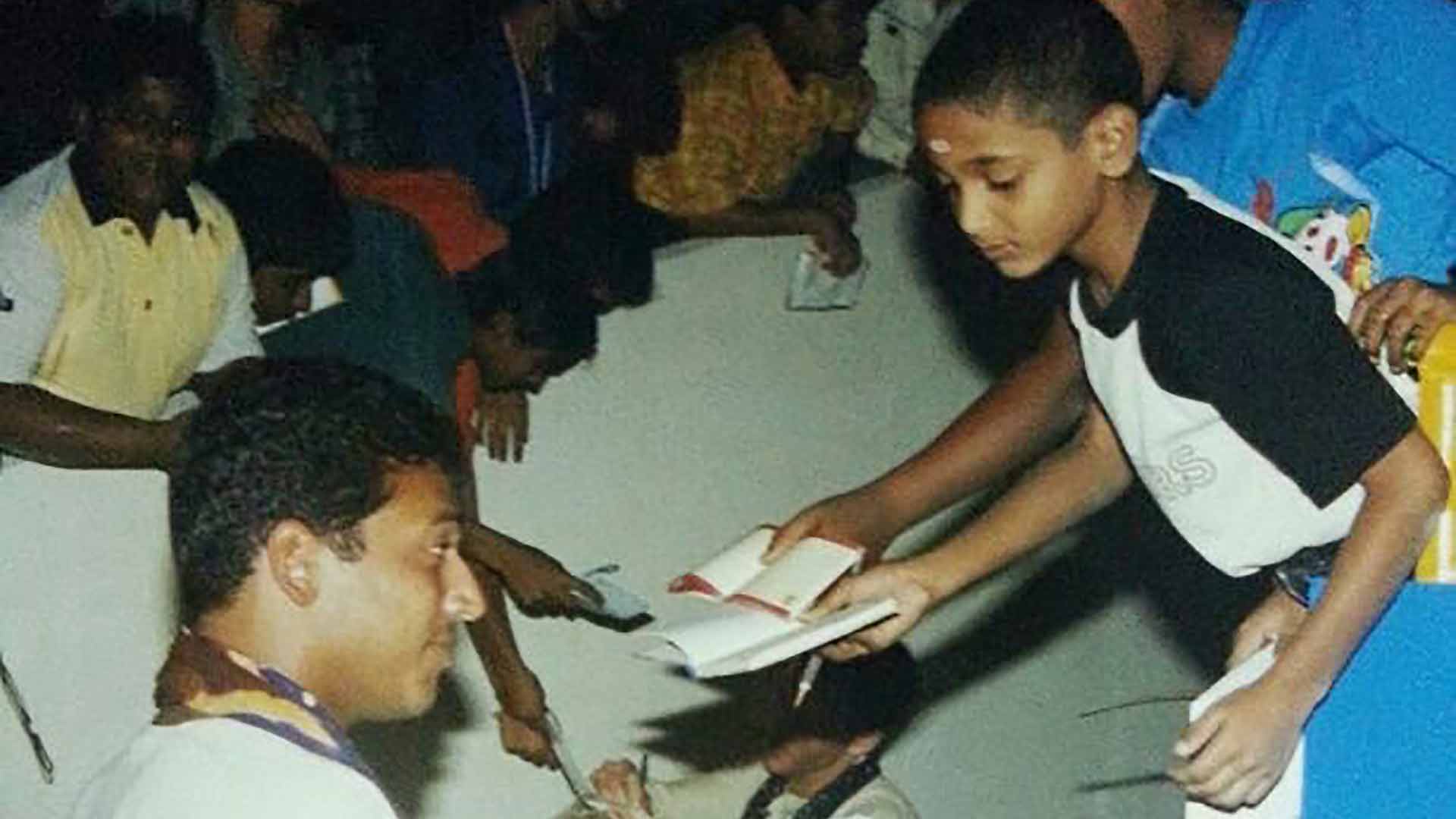 First autograph I asked for
Mahesh Bhupathi when I was really, really young, when I was seven or eight. I still have that photo. When I made the quarter-finals of the Chennai Open in 2016, they actually put that photo on the big screen of me getting something signed by Mahesh. I still have it on my phone.

First time I flew first class
Not yet.