Former World No. 3 Milos Raonic missed the entire clay-court season due to a right knee injury. But the Canadian has shown no rust at the MercedesCup.

The sixth seed beat Hungarian Marton Fucsovics 6-4, 6-4 in one hour and 13 minutes on Friday to reach his second tour-level semi-final of the season in his first tournament since the Miami Open presented by Itau in March. The Canadian won all but four of his first-serve points to set a meeting in the last four against his #NextGenATP countryman Felix Auger-Aliassime, who defeated German qualifier Dustin Brown.

"I got a little bit lucky to start off well and luckily my serve was there for me after that. It's good for me to be playing on grass and to be back here with good memories from last year," said Raonic, who reached the 2018 final in Stuttgart. "It's the grass. It helps me out a lot. I've played really well on it the past four or five years and it's a part of the season that I really look forward to and I'm fortunate to be able to have another chance to play again tomorrow."

You May Also Like: Felix Saves Match Point, Battles Past Brown In Stuttgart

Raonic's only previous FedEx ATP Head2Head meeting against Fucsovics also came in Stuttgart last year. The 28-year-old, who is pursuing his first ATP Tour title of the year, has won all four of their sets by a margin of 6-4 or greater.

In this battle, the 2016 Wimbledon finalist struck 12 aces and saved the only break point he faced. Fucsovics worked hard to stay in contact with the Canadian, but the Hungarian was only able to win 41 per cent of his second-serve points, which proved costly.

Raonic won his only previous FedEx ATP Head2Head meeting at last year's BNP Paribas Open. But that was before Felix found the form that has him knocking on the door of a Top 20 breakthrough in the coming weeks.

"It's going to be exciting. He had a very exciting match today. It was very impressive how he turned things around towards the end," Raonic said. "But it's going to be a tough match tomorrow. He's been playing well over these first six months and hopefully I can have a chance to find the solution to the Felix problem." 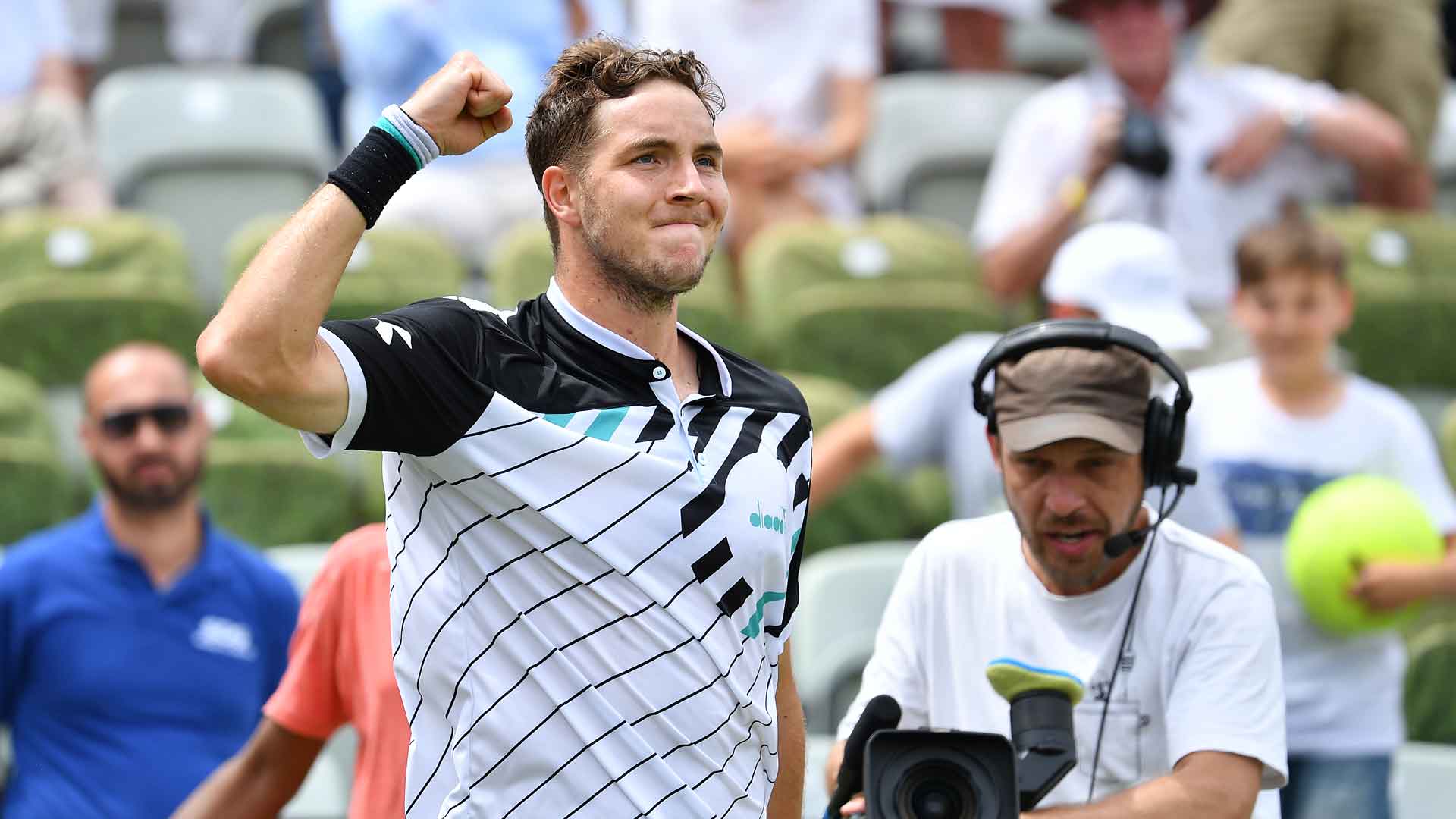 In other action, Jan-Lennard Struff was dominant on serve against 2017 champion Lucas Pouille in a 6-4, 6-4 victory over 70 minutes. The German, who recorded his first win in four FedEx ATP Head2Head meeting against Pouille, is through to his first ATP Tour semi-final since January 2019 at the ASB Classic in Auckland (l. to Norrie).

Struff will now play Karen Khachanov’s conqueror, Italy’s Matteo Berrettini, who won 90 per cent of his first-service points to beat American Denis Kudla on German soil for the second time this season. Berrettini won 6-3, 6-3 in 72 minutes, one month on from their BMW Open by FWU Open second-round encounter.

Did You Know?
Raonic has been broken just once this week, and that came in the first round against Alexei Popyrin.