Humbert's Best Season Getting Even Better In Paris

The best season of Ugo Humbert's career keeps getting better.

The 22-year-old Frenchman battled past former World No. 3 Marin Cilic 6-3, 6-7(4), 6-3 on Thursday to reach his first ATP Masters 1000 quarter-final at the Rolex Paris Masters. Humbert hit 19 aces and saved three of the four break points he faced to advance after two hours and 24 minutes.

Humbert earned his second Top 10 victory on Tuesday when he upset reigning Nitto ATP Finals champion Stefanos Tsitsipas in a final-set tie-break, and he did not let slip his momentum against Cilic. The World No. 34, who competed in last year's Next Gen ATP Finals, was cool under pressure to reach his sixth quarter-final of the season. Humbert, who is now 5-1 in deciding sets since Roland Garros, won his first two ATP Tour titles earlier this year.

"I think mentally I'm very strong since one month and I can win matches in three sets," Humbert said. "I think I'm better in the key moments [than I used to be]."

After Cilic forced a decider with a good effort in the second-set tie-break, he earned a break point in the first game of the third set. Humbert hit his sliding lefty serve out wide and the Croatian was unable to put the return into play. That was the last chance he got. 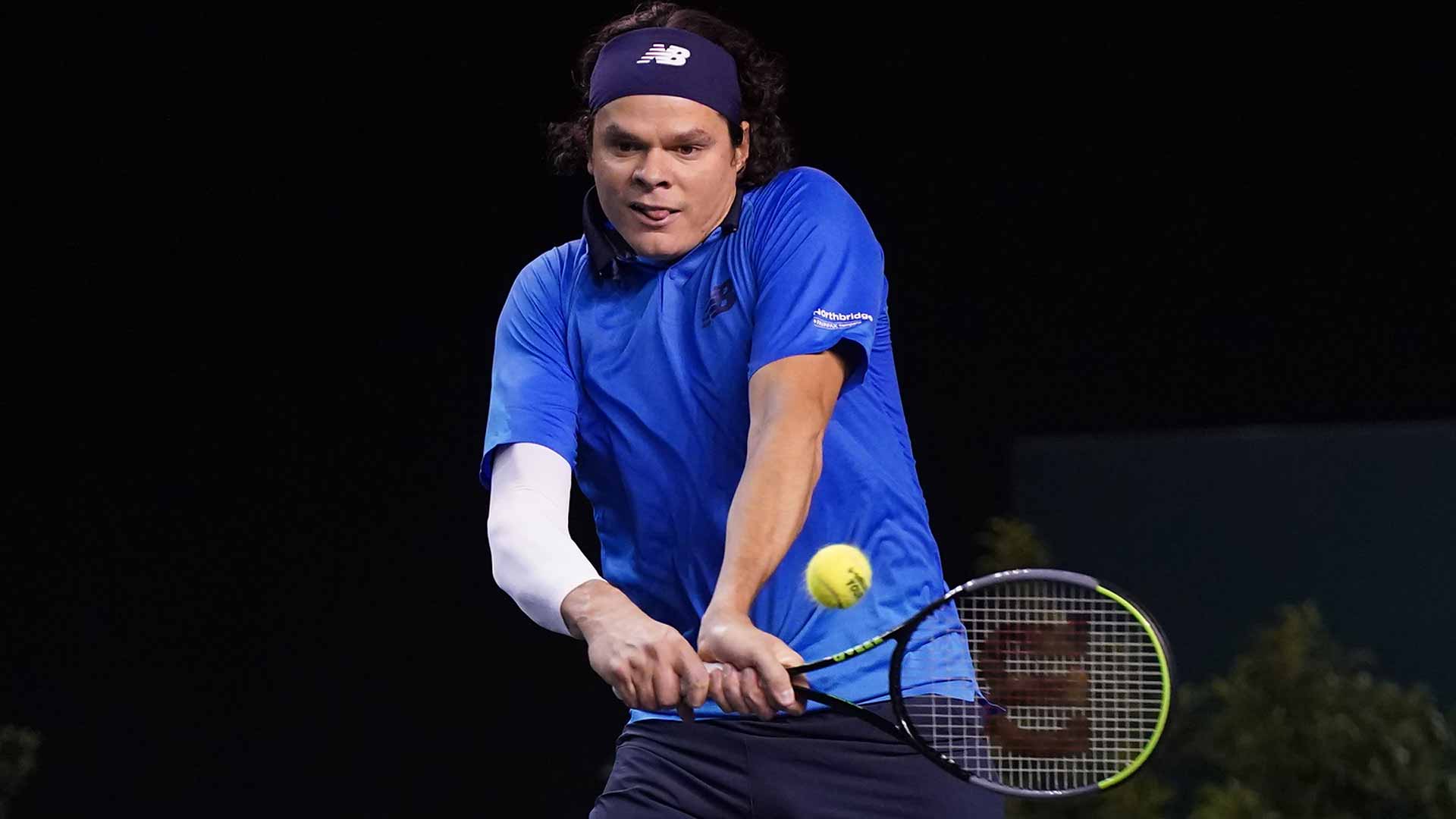 Raonic struck 17 aces en route to his one-hour, 22-minute victory, in which he did not face a break point. The 10th seed's best previous result at the Rolex Paris Masters came in 2014, when he reached the final (l. to Djokovic). This will be his first ATP Head2Head meeting against Humbert.

"It will be tough, because he's confident. He serves very well. He had good results since [the] restart of the Tour," Humbert said. "But now I just would like to recover and I will prepare [for] my match with my coach later."