ATP Staff
This article contains:
Second seed will face big-serving American Opelka for a spot in the final

Milos Raonic's booming serve is a well-known weapon. But that wasn't what propelled the former World No. 3 into the Delray Beach Open by VITACOST.com semi-finals on Friday evening.

Raonic defeated American Steve Johnson 7-6(6), 6-3 in one hour and 38 minutes to reach his first tour-level semi-final since Stuttgart last June despite Johnson hitting more aces than the Canadian, five to three, on a windy evening under the Florida lights.

"You just have to sort of scrap and find a way. I was moving well, I put a lot of returns in. I was doing the things I could control as well as possible," Raonic said. "Didn't serve particularly well, but it was just important to keep fighting. Got a few lucky breaks and made the most of them."

Raonic was broken in the first game of the match, but he battled back into the opener. And at 6/6 in the tie-break, he ripped a cross-court backhand passing shot to earn his second set point, converting that opportunity with a missile-like forehand return down the line for a winner.

That gave the second seed all the momentum, breaking immediately in the second set to give him the only advantage he needed. The eight-time ATP Tour champion won 63 per cent of his second-serve points to avoid too much pressure during his return games.

Raonic will next play Reilly Opelka, the 2019 New York Open champion, who did not face break point in a 6-3, 6-4 win against South Korea's Soonwoo Kwon.

Opelka crushed 16 aces against Kwon, who defeated Raonic last week indoors in New York. The American won 79 per cent of his first-serve points despite the wind.

"It was ugly, but that's part of it," Opelka said. "Given the circumstances I served unbelievably. It was one of the windiest matches I've played in a while, so I'll take it."

Opelka has not been broken in 37 service games this week. He lost against Raonic in straight sets at Wimbledon last year in the pair's only previous ATP Head2Head meeting.

"I think it's common to see servers do well here," Opelka said. "The court is so live and the balls are so live." 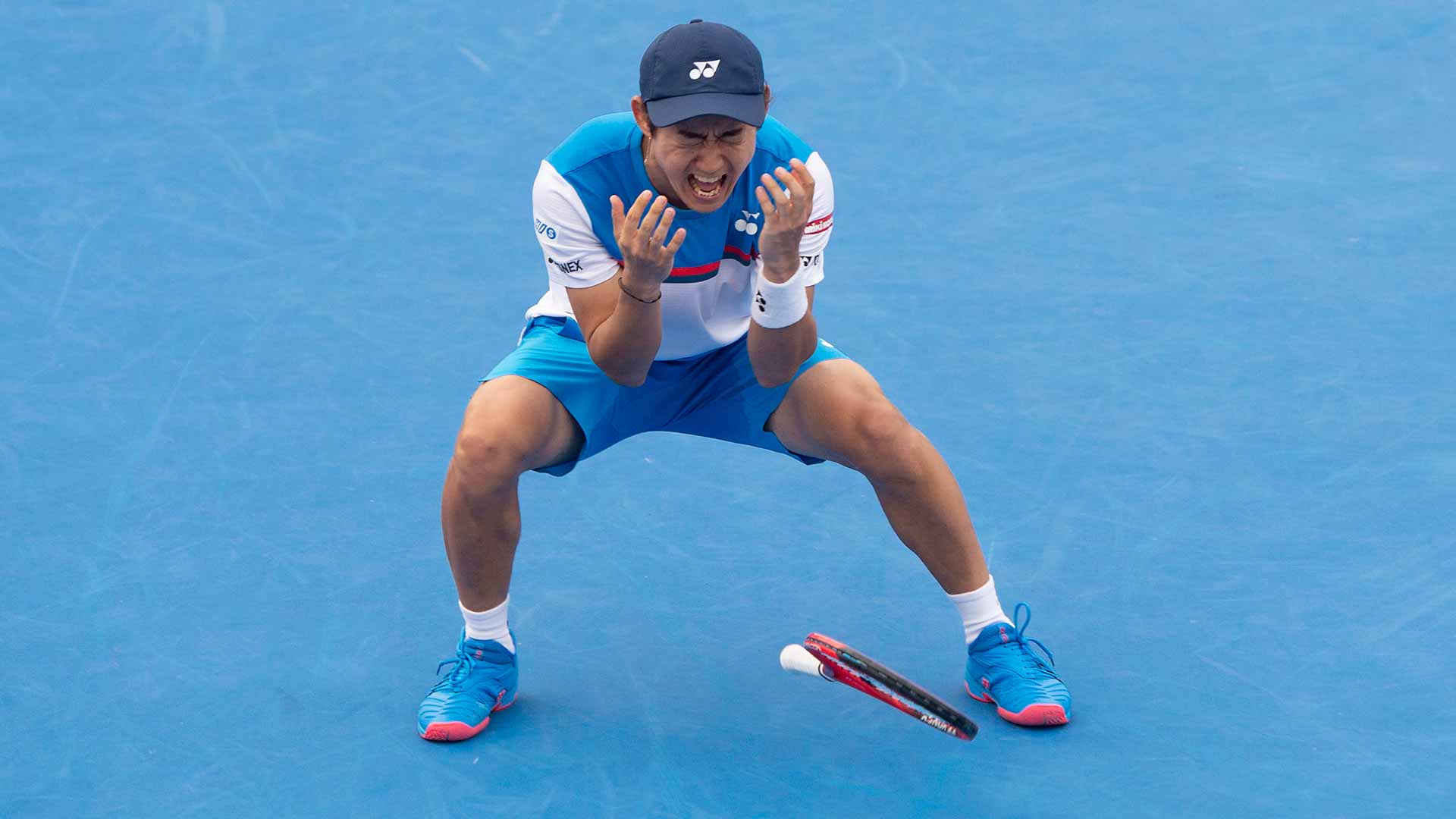 Japanese Yoshihito Nishioka beat American wild card Brandon Nakashima 3-6, 7-6(5), 6-4 in two hours and 26 minutes to reach the last four. But it was more than just an ordinary win for the 24-year-old.

The victory nearly guarantees that Nishioka will climb past his previous career-high FedEx ATP Ranking of No. 58 on Monday. He is currently projected to climb to No. 52 pending results for the rest of the week. It’s an emotional accomplishment for the lefty, who achieved that ranking on 20 March 2017. Four days later, he tore his left ACL and he would fall as low as World No. 380 in April 2018.

“That should be my career-high ranking after coming back from my knee surgery,” said Nishioka, currently World No. 63. “I’m very happy for that.”

Nishioka didn’t need to save a match point against Nakashima, but he was certainly tested. In the third set, Nishioka took a 5-1 lead, but Nakashima brought it back to 5-4 before the Japanese was able to finish off his victory.

“I think he played great tennis today… he played almost perfectly,” Nishioka said of Nakashima, who was trying to reach his first tour-level semi-final in his ATP Tour main draw debut. “He was playing so good from the beginning. I thought I lost today.

“He can hit the ball, he never misses that much. His service games are perfect. It was a very tough match, but I just kept my mind straight and just focussed.”

Nishioka will next play sixth seed Ugo Humbert, who was efficient in a 6-1, 6-2 win against 2018 champion Frances Tiafoe.

“Big performance today. It’s never easy to play Frances. You have to be at 100 per cent if you want to have a chance to win,” Humbert said. “He’s always dangerous, he has a big serve, big forehand, and I tried to stay focussed on my plan and what I had to do.”

Humbert is into his fifth ATP Tour semi-final, and his second in the United States. The lefty is the first Frenchman to reach the Delray Beach semi-finals since Adrian Mannarino in 2015.