ATP Chairman Andrea Gaudenzi presented each player with a frame celebrating their greatest accomplishments before they all later took to centre court for a special ceremony.

The last player who walked on the court, Lorenzi, is Italian. The 39-year-old, who retired following this year’s US Open, climbed as high as No. 33 in the FedEx ATP Rankings. Lorenzi made history in Kitzbühel in 2016 when as a 34-year-old he became the oldest first-time singles champion in ATP Tour history (since 1990).

“It’s unbelievable. I really missed the fans in New York, I played my last match without people,” Lorenzi told ATPTour.com. “To finish here in Italy with this ceremony is really important to me. I had time to say goodbye to everyone and I had the people close to me throughout my career. I will miss this and them a lot.”

The highest-ranked singles player of the group was former World No. 12 Viktor Troicki. The Serbian won three tour-level singles titles in his career, including back-to-back triumphs in Sydney in 2015 and 2016. 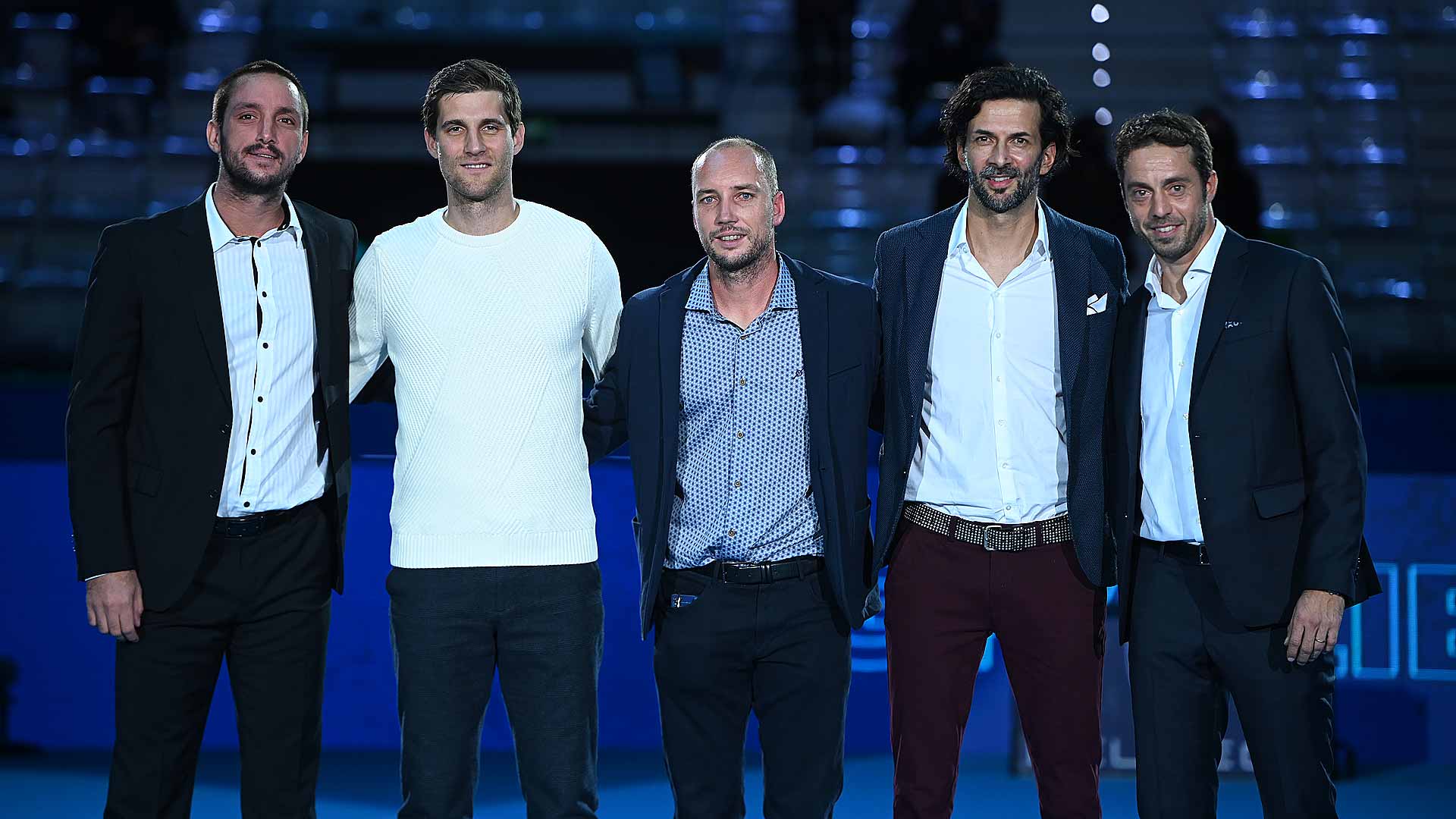 Photo Credit: Corinne Dubreuil/ATP Tour
Former World No. 24 Martin Klizan, who completed his career at Wimbledon this year, won six ATP Tour titles. His biggest triumph came in 2016 at Rotterdam, where he earned four of his five wins in three sets.

Belgian Steve Darcis, known for his creative game, reached World No. 38. When he was 33, Darcis became the third-oldest player to debut in Top 40 since 1975. He also claimed the first tour-level victories of his career en route to lifting the trophy at Amersfoort in 2007. Fans also remember his big win against Rafael Nadal in the first round of Wimbledon in 2013.

“I will take the two Davis Cup finals, the two titles I won in Amersfoort and Memphis and also my win against Nadal, because everybody is talking about this. I will take these with me and never forget those moments.”

The doubles player in the group was former World No. 6 Julian Knowle, who was already in Turin this week coaching doubles competitors Kevin Krawietz and Horia Tecau. The Austrian lifted 19 tour-level titles, including a major victory at the 2007 US Open alongside Simon Aspelin.

“First of all, a big thanks to the ATP for having me and putting me one more time on the big stage. It was a very nice feeling. Nothing to regret about my career. It was emotional when they told me about this retirement [ceremony] for the players,” Knowle said. “It was not always easy, but at the end it worked out pretty well and I have no regrets.”