Novak Djokovic has wasted no time finding his top form after more than two months away.

The 88-time tour-level titlist cruised past Spaniard Pablo Andujar 6-0, 6-3 on Thursday evening to reach the quarter-finals of the Tel Aviv Watergen Open. It was the fewest games Djokovic has lost in any match this season.

"Fantastic atmosphere here tonight, thank you very much," Djokovic said in his on-court interview. "I like the court, it's very intimate and it's very loud. The crowd here is very passionate about the sport, about tennis and I'm really, really happy to be here and to perform here in front of you, so thank you for your support."

In his first match back at the Laver Cup, Djokovic performed at a similarly high level in a straight-sets victory against US Open semi-finalist Frances Tiafoe, before suffering an upset loss to Felix Auger-Aliassime. The Serbian showed no ill effects from that defeat in Israel.

Djokovic broke Andujar’s serve four times and did not face a break point to triumph after one hour and 27 minutes. He will next play Canadian Vasek Pospisil, who eliminated Israeli qualifier Edan Leshem 6-3, 6-2 behind nine aces and three service breaks.

Djokovic last competed in Israel in 2006 in a Davis Cup tie when he was a teenager. But the 35-year-old looked at home on the indoor hard court, answering all of the questions Andujar posed without problem.

"The first match started off in a perfect way for me. I won seven games in a row and we were fighting in that eighth game for 15 minutes I think," Djokovic said of a game that actually lasted about 20 minutes. "It was one of the longest games I've ever played in my life and I've played many, many games in my life. But credit to Pablo for fighting and playing a great match as well."

Andujar is a four-time ATP Tour titlist who reached the fourth round of the US Open in 2019, the third round at Flushing Meadows in 2021 and the third round of the Australian Open this year. But whether he tried to control the action or throw in drop shots and angles, Djokovic was always a step ahead. 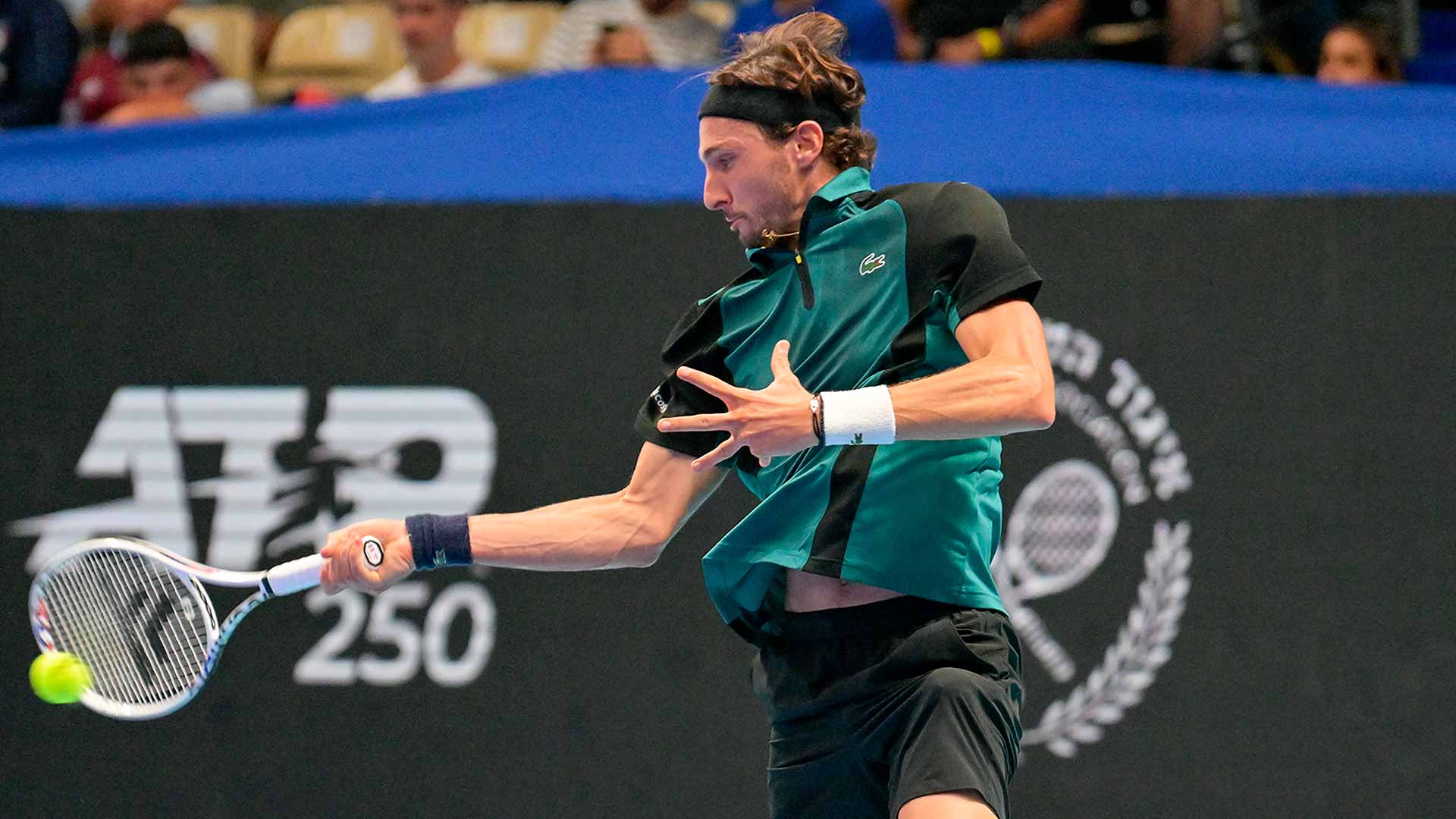 In a tight first meeting between the pair, the 27-year-old held his nerve in the third-set tie-break. The World No. 58 saved one match point on Schwartzman's serve at 6/7, before eventually converting his second match point to advance after two hours and 38 minutes.

Rinderknech, who enjoyed a run to the quarter-finals in Metz last week, will next play Roman Safiullin.

British qualifier Liam Broady continued his strong run, upsetting fifth seed Botic van de Zandschulp 6-4, 4-6, 6-3 to set a meeting with second seed Marin Cilic. The 28-year-old is up 25 spots to No. 149 in the Pepperstone ATP Live Rankings after advancing to his first tour-level quarter-final of the season.

Constant Lestienne also advanced, eliminating Finn Emil Ruusuvuori 6-4, 6-2. The Frenchman is into his second quarter-final in as many weeks after enjoying a run to the last eight on home soil in Metz.