Dominic Thiem looks to maintain the momentum he earned at the Australian Open this week at the Rio Open presented by Claro.

ATP Staff
This article contains:
An executive summary of what every fan should know about the coming week on the ATP Tour

There will be an ATP 500 tournament and two ATP 250 events for the second consecutive week, with four of the Top 10 players in the FedEx ATP Rankings in action. Dominic Thiem leads the way at the season's first clay-court ATP 500, the Rio Open presented by Claro, while Daniil Medvedev and Nick Kyrgios are the top seeds at the Open 13 Provence and the Delray Beach Open by VITACOST.com, respectively.

FIVE THINGS TO WATCH IN RIO DE JANEIRO
1) Thiem Time: Dominic Thiem, who pushed Novak Djokovic to the brink in a five-set Australian Open final, is the top seed in Rio de Janeiro. The Austrian owns a 10-3 record at this event, where he lifted the trophy in 2017.

2) Dusan’s Drive: Dusan Lajovic has enjoyed a tremendous start to the season, winning four matches at the ATP Cup, reaching the third round of the Australian Open and making the quarter-finals in Buenos Aires. The second seed will try to maintain his momentum in Rio de Janeiro, where he is the second seed.

3) 2016 Champ Back: Besides Thiem, the only former champion in the draw is 2016 winner Pablo Cuevas. The Uruguayan has won 61 per cent of the clay-court matches he has played in his career, ranking as his top surface.

4) Ruud Roaring: 2019 Next Gen ATP Finals competitor Casper Ruud has proven himself a clay-court stalwart, and he made his first big breakthrough on the ATP Tour three years ago in Rio de Janeiro. When he was 18, the Norwegian made the semi-finals at this ATP 500. This edition, he is the eighth seed.

5) From London To Rio: Two doubles teams that competed in last year’s Nitto ATP Finals are the top two seeds in the doubles draw in Rio de Janeiro: No. 1 seeds Juan Sebastian Cabal/Robert Farah and No. 2 seeds Lukasz Kubot/Marcelo Melo. 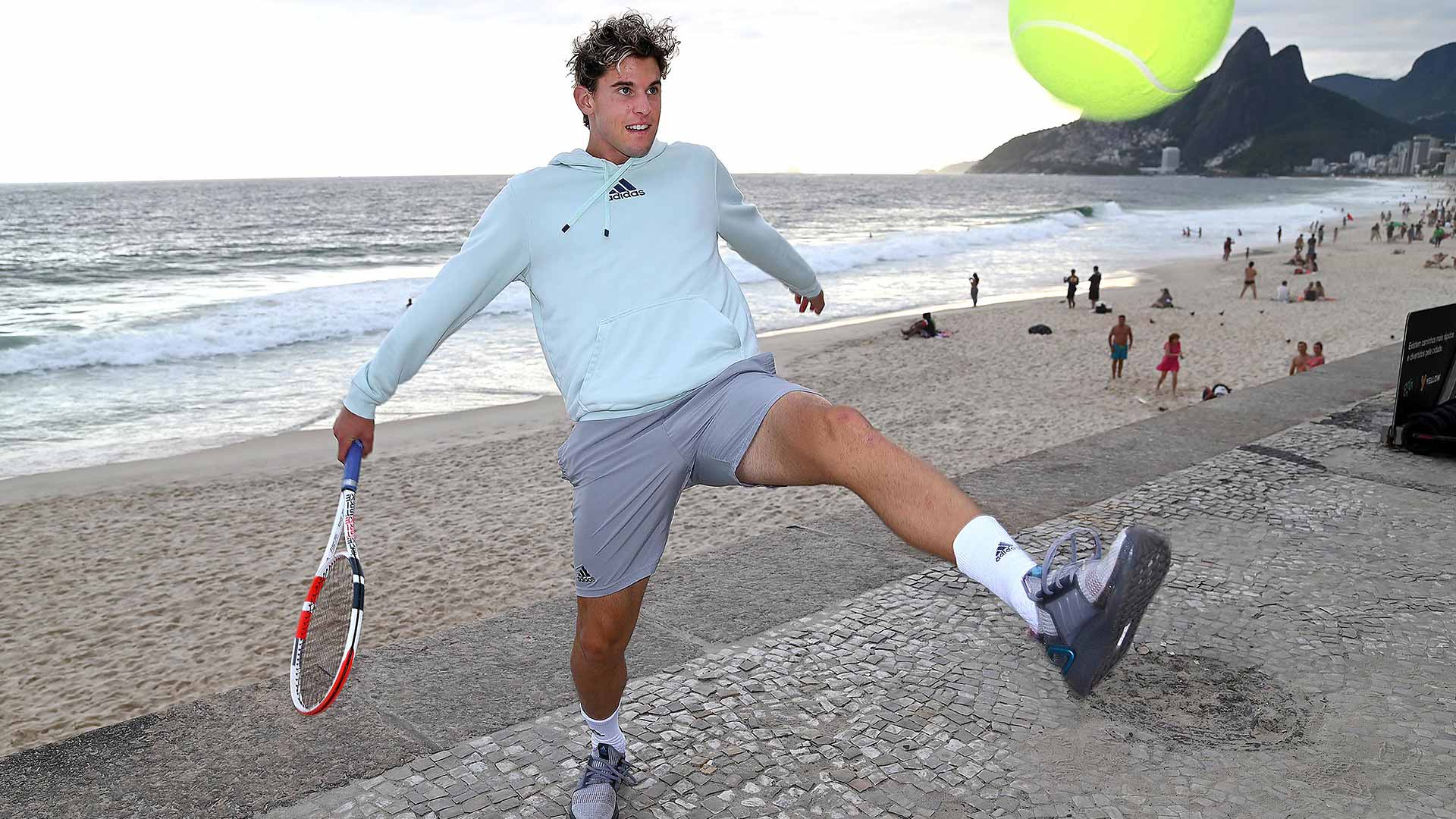 Dominic Thiem is the top seed in Rio de Janeiro.
FIVE THINGS TO WATCH IN MARSEILLE
1) Six Top 20 Players: Six of the Top 20 players in the FedEx ATP Rankings will compete in Marseille, as will former Top 10 players Marin Cilic, Richard Gasquet and Gilles Simon, who are unseeded. Simon has triumphed in Marseille twice.

2) #NextGenATP Stars: Two former Next Gen ATP Finals champions competing in the Open 13 Provence are second seed Stefanos Tsitsipas and unseeded Italian star Jannik Sinner. There are five other players who have competed in Milan in the draw. Tsitsipas is the defending champion. #NextGenATP star Felix Auger-Aliassime is the seventh seed.

3) Medvedev Magic: Top seed Daniil Medvedev reached an ATP Tour-leading nine finals in 2019. The Russian, who has a first-round bye, will try to reach his first championship match of 2020 in Marseille.

4) Goffin Goes For Glory: Third seed David Goffin, the 2017 Nitto ATP Finals runner-up, is pursuing his first ATP Tour title since 2017 Tokyo. The Belgian is off to a fast start in 2020, beating Rafael Nadal in straight sets at the ATP Cup and making the Montpellier semi-finals.

5) Blockbuster Showdown: The top seeds in the doubles draw, Kevin Krawietz and Andreas Mies, will play reigning Nitto ATP Finals singles champion Stefanos Tsitsipas and his brother, Petros Tsitsipas, in the first round. Krawietz and Mies defeated Stefanos and Michail Pervolarakis at the ATP Cup, triumphing in an epic 32-point Match Tie-break. 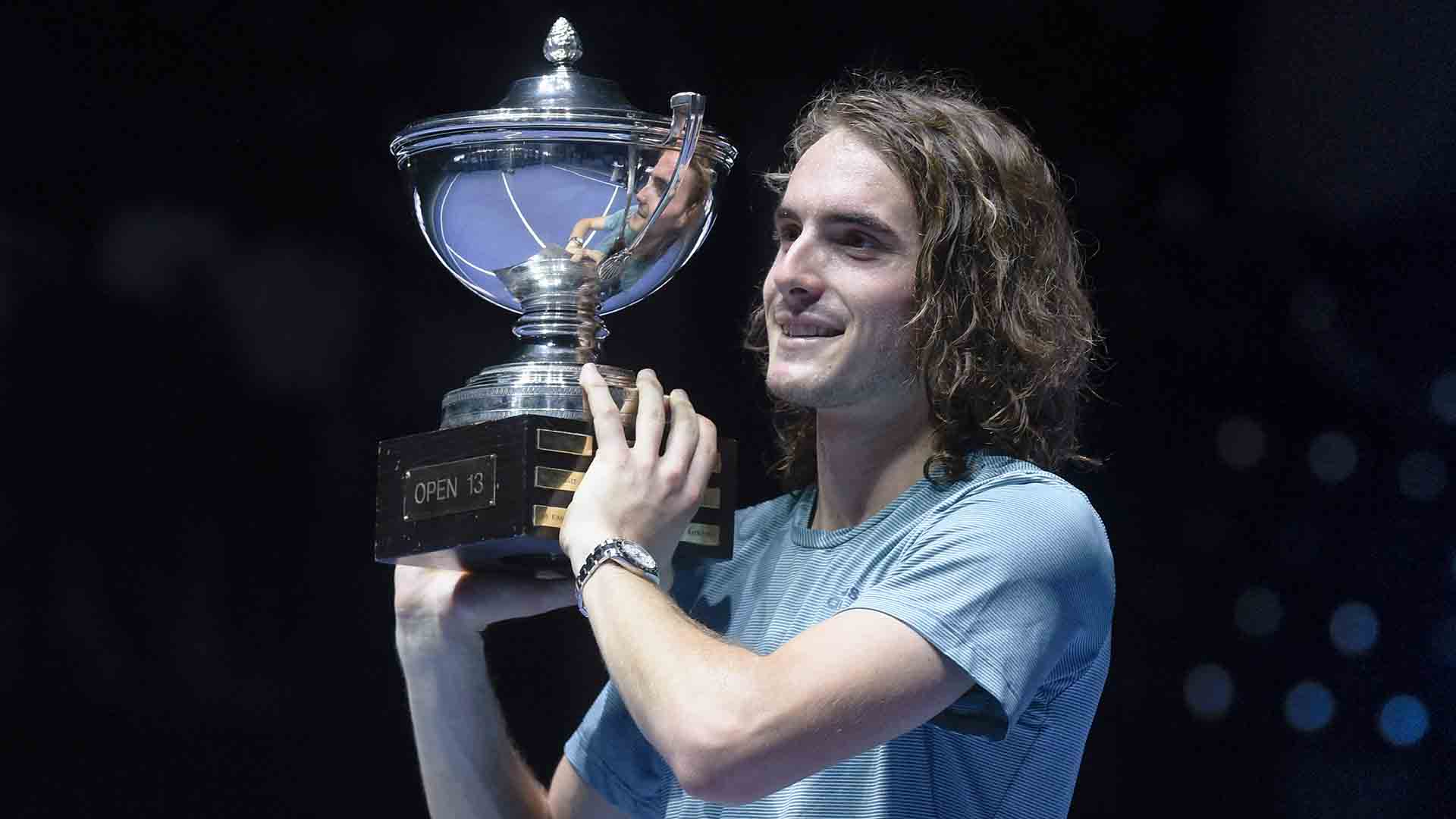 Stefanos Tsitsipas is the defending champion in Marseille.
FIVE THINGS TO WATCH IN DELRAY BEACH
1) Radu Returns: One year ago, Radu Albot became the first Moldovan to win an ATP Tour title, saving three championship points against Daniel Evans to beat the Brit in a final-set tie-break and triumph in Delray Beach. Now 30, Albot returns to the home of his maiden trophy as the eighth seed.

2) Nick In Action: Nick Kyrgios is the top seed at this ATP 250 event, and the Aussie will compete for the first time since falling in a three-hour, 38-minute thriller against Rafael Nadal in the fourth round of the Australian Open. Kyrgios fell against Albot in his Delray Beach debut last year.

3) Raonic Ready To Roar: Former World No. 3 Milos Raonic is pursuing his first ATP Tour title since 2016 Brisbane, and he will take confidence knowing he has enjoyed success in Delray Beach. The big-serving Canadian made the final on his debut in 2017, but could not compete in the final due to a hamstring tear in his right leg. Raonic is 5-1 at this tournament.

4) New York Meets Delray: Kyrgios may headline the top section, but there is plenty of New York flavour in it as well. Four players who made last week’s New York Open quarter-finals will be whittled down to one by the last eight. Sixth seed Ugo Humbert will play Kyle Edmund and Serbian Miomir Kecmanovic will face Aussie Jordan Thompson.

5) Bryan Brothers Go For No. 6: Bob Bryan and Mike Bryan will compete in Delray Beach for the last time, and they will try to go out with a bang. The twins, who own more doubles titles at this event than any other tandem, pursue their sixth trophy at this ATP 250. They will play Kyrgios and Thompson in the first round. 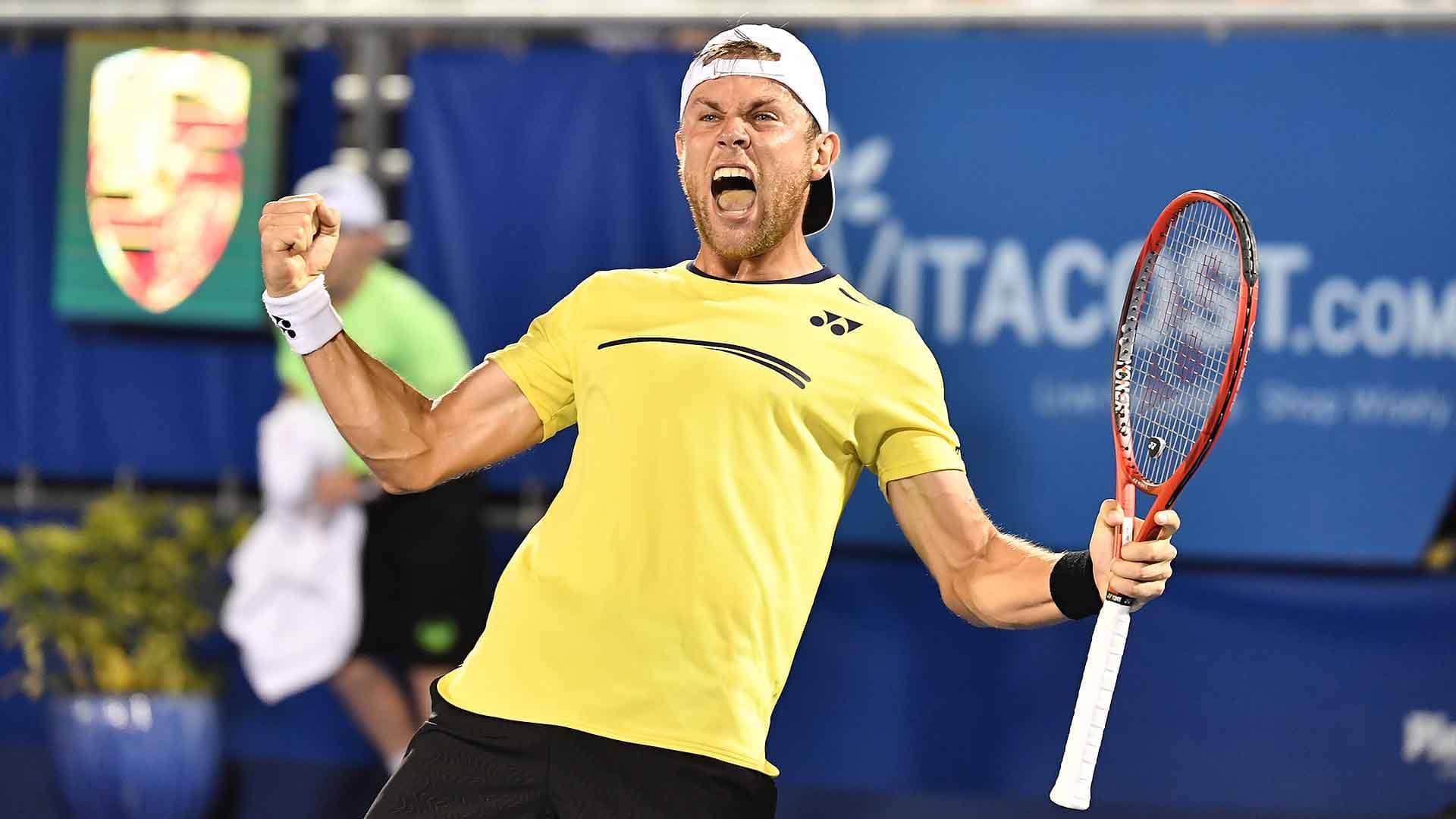