Italy will face Russia, the United States and Norway in Group D action in Perth.

ATP Cup: How Berrettini & Fognini Have Led The Rise Of Italian Tennis

ATP Staff
This article contains:
Learn more about how Italians have rapidly risen up the ATP Rankings

On 14 May 2017, World No. 29 Fabio Fognini played then-21-year-old Matteo Berrettini in the first round of the Internazionali BNL d’Italia. On paper, the match was not memorable. Fognini advanced past the World No. 249 6-1, 6-3 in 71 minutes, and he’d go on to upset then-World No. 1 Andy Murray in straight sets in the next round.

For the Italians in attendance, though, this was a glimpse into their country’s men’s tennis future. And according to a smiling Berrettini, he did not get off to a great start that day.

“I started the match with a double fault,” Berrettini recalled. “[It was] so slow in the net. I was, like, ‘Okay’.”

Little did either man know that two years later, they both would crack the Top 10 of the ATP Rankings and position themselves to make Italy one of the favourites heading into the inaugural ATP Cup from 3-12 January.

Before this season, only two Italian men had ever broken into the Top 10 — Adriano Panatta in 1973 and Corrado Barazzutti in 1978 — and that was more than four decades ago. That made Fognini and Berrettini’s breakthroughs in 2019 even more special.

”It is crazy, because we had to wait a lot,” said Berrettini. “Fabio won a crazy tournament [in Monte-Carlo], he was playing so good. He was looking for this achievement a bit longer than me, he [has had] a really great career. After winning an ATP Masters 1000 [title], the Top 10 is the next step, so I was happy for him and now I am super proud of myself.” 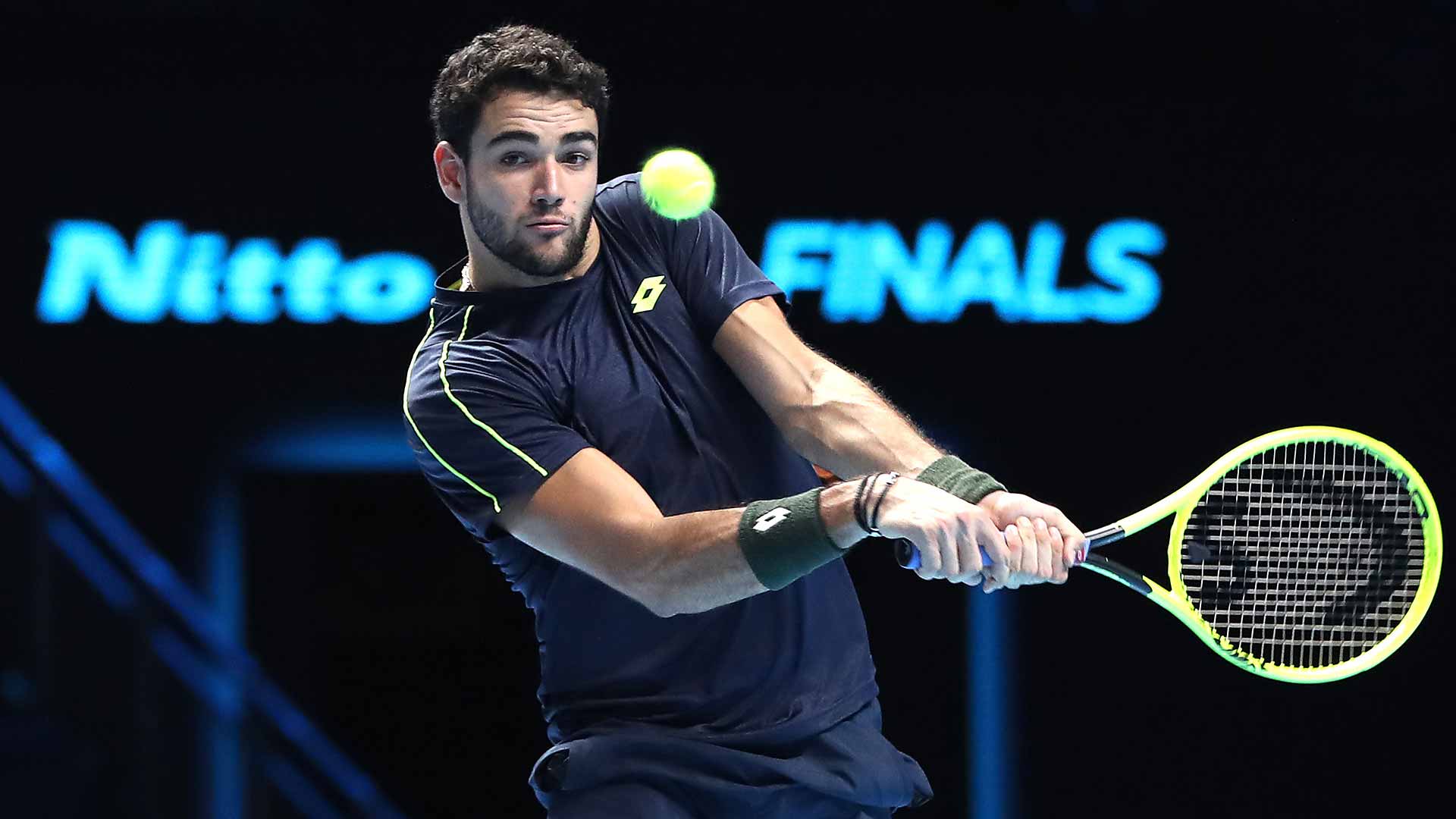 But it’s not just Berrettini and Fognini who have thrust Italy into the spotlight. At the time of that match in Rome, there were just three Italians inside the Top 100. Now there are eight, including Lorenzo Sonego, Marco Cecchinato, Andreas Seppi, Jannik Sinner, Stefano Travaglia and Salvatore Caruso. The eight are tied for the third-most of any country, alongside the United States and trailing only France (12) and Spain (10).

“When you are playing for your country with a team, it's different,” Berrettini said. “You can find, I think, more energy.”

Lorenzi, who turns 38 on 15 December, has fallen just outside the Top 100 at No. 116. But the 21-time ATP Challenger Tour titlist remains a guiding force for some of the Italians making their rise. At this year’s US Open, Lorenzi found out he would receive a lucky loser spot while he was spending time with Berrettini, an eventual semi-finalist. On many days he practised with Sinner, a player who is less than half his age.

Sinner is at the forefront of that charge. The teenager was outside the Top 750 in the ATP Rankings this time last year. After earning his first 11 tour-level wins this year, Sinner is up to a career-high No. 78. Following a rout of Top 20 star Alex de Minaur to triumph at the Next Gen ATP Finals, the Italian looks poised to climb higher in 2020 and beyond. 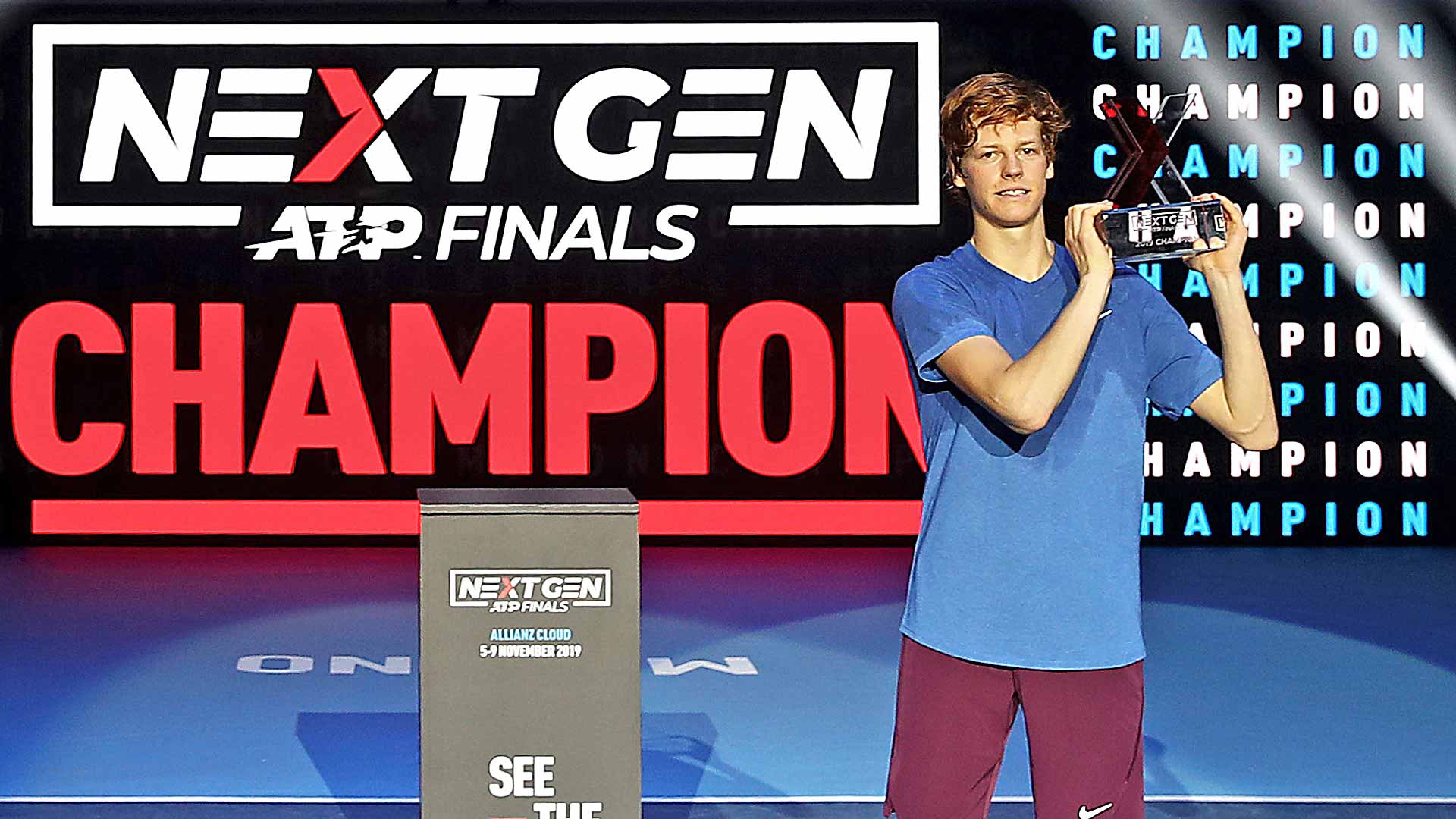 According to countryman Seppi, who has spent only about two months outside the Top 100 since May 2005, Sinner’s rise only adds to the excitement that Berrettini and Fognini produced for Italian tennis this year.

“It’s actually what every nation wants to see, a good young player coming up with a really big potential, winning a Slam. He’s still 18, anything can happen. But his potential can be really big for a long time, Top 10 and everything,” Seppi said. “It’s nice to see someone that good from your area, and maybe it could be also that we helped in the past years, for him to see us, that he can do it. So I think that is also an important thing.”

Two of the top three Under-18 players in the ATP Rankings — World No. 362 Lorenzo Musetti and No. 383 Giulio Zeppieri — are also on their way up. But Sinner points to the bigger picture of all Italian men stepping up and how that is impacting the younger generations.

“Even at a higher level like [with] Berrettini, Sonego, we are now very high [in the ATP Rankings] and many players are playing very good tennis this year and I think if there are many young generation in Italy, it’s very important,” Sinner said. “But I’m very happy how it’s going on with Italian tennis.”

This Italian rise is fitting with the Nitto ATP Finals set to move to Turin starting in 2021. And with the ATP Cup around the corner, Italian tennis is flying as high as ever.