Andy Roddick tours the International Tennis Hall of Fame on Friday with his son, Hank.

As far as attributes go, Andy Roddick, who will be inducted into the International Tennis Hall of Fame in Newport on Saturday, has always been world-class. His all-time great serve, which helped him win 32 tour-level titles and finish in the year-end Top 10 nine straight years; his competitive personality, which endeared him to millions of fans; and his leadership – the American carried the U.S. flag for years, hauling the burden of sky-high expectations after the preceding generation of Pete Sampras, Andre Agassi, Michael Chang and Jim Courier.

But Roddick, more than anything else, was methodical. He was one of the hardest workers on the ATP World Tour, a relentless professional who did everything to max out his abilities.

“That's what's so honourable about the guy... You have to put in that extra mile, especially when you don't have a huge toolbox, meaning you're not really, really gifted,” said Larry Stefanki, who coached Roddick the last four-and-a-half years of his career. “I used to call him the 'Turbo Diesel' because he always put in that extra effort. All the way through the end, he gave it his all, and that's why when he walked away from the game, he walked with his head high and he had no regrets.”

Blessed with a thunderbolt serve, a world-class forehand, unmatched dedication and an inquisitive mind, the Nebraska native quickly transitioned to the ATP World Tour, winning five titles before his 20th birthday.

But before he'd capture any “Big Titles”, Roddick would partner with an established coaching great who would make changes on day one. In 2003, Brad Gilbert was fresh off his eight-year coaching relationship with Agassi. He started working with Roddick in June at The Queen's Club.

During his first practice with Gilbert, Roddick, as he was wont to do, showed up with gel in his hair and a backwards visor on his head. Gilbert drew the line: Both had to go. A 20-year-old Roddick looked at Gilbert, and capitulated.

“OK, I guess if it means that much to you,” Gilbert remembered Roddick saying.

They quickly clicked. Gilbert adapted to Roddick's high-energy personality on the court, “He took no time to warm up. The guy could come out and five minutes later be blasting serves”; as well as off the court, noticing how Roddick would speed-eat through meals. 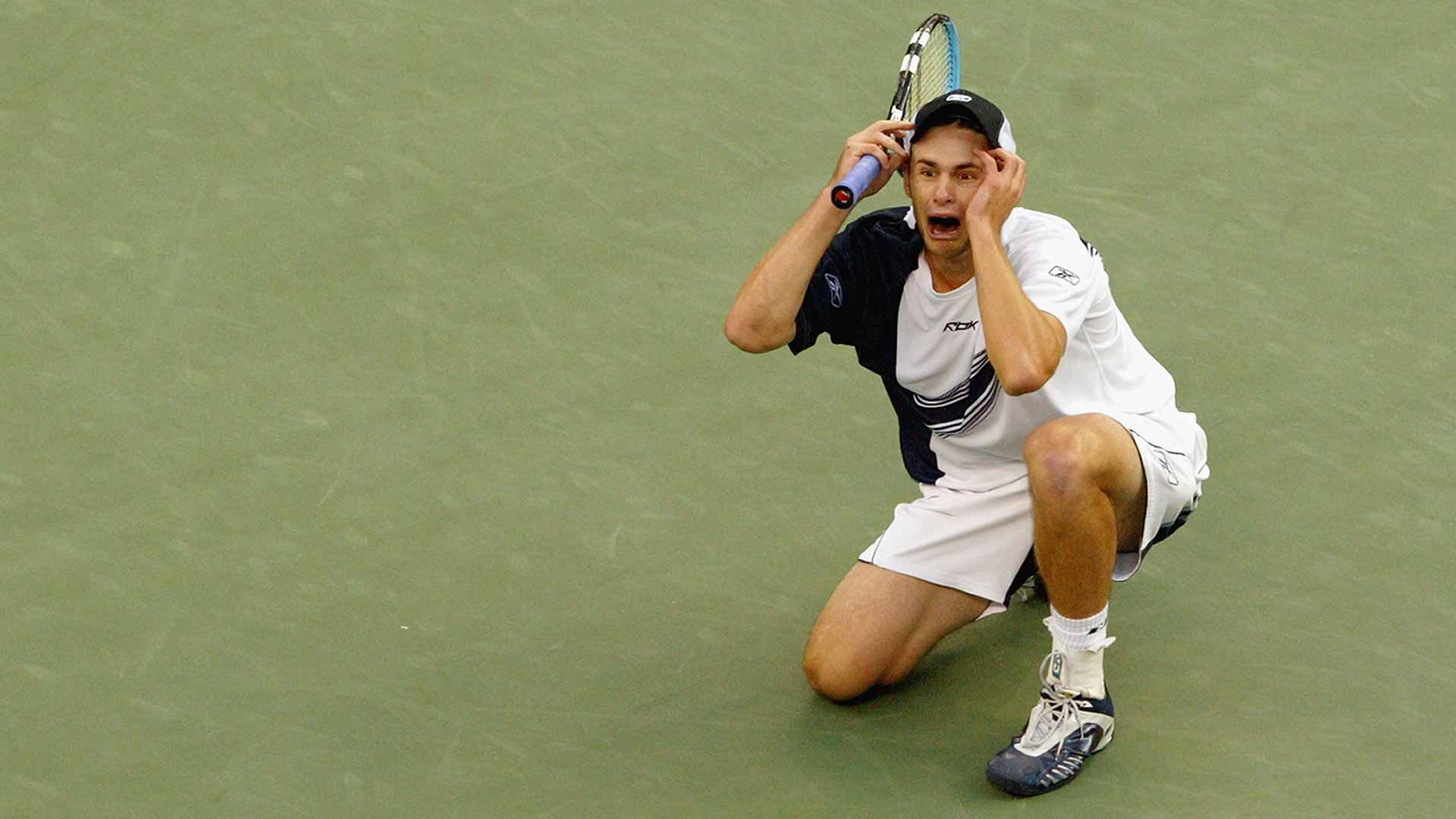 “When he won Canada, it was like, damn, I don't think I was surprised anymore,” Gilbert exclusively told ATPWorldTour.com. “Obviously you never expect anything but you knew something big was happening. He had a lot of confidence and mojo working.”

The American reached World No. 1 two months after his Grand Slam triumph and stayed there through the turn of the calendar year, adding his name to one of the most exclusive lists in tennis. Only 17 men have finished year-end No. 1 in the Emirates ATP Rankings since 1973.

But as Federer and his friends Novak Djokovic and Rafael Nadal ignited the golden age of the sport, Roddick risked fading away. His power game wasn't standing up, and he knew it. 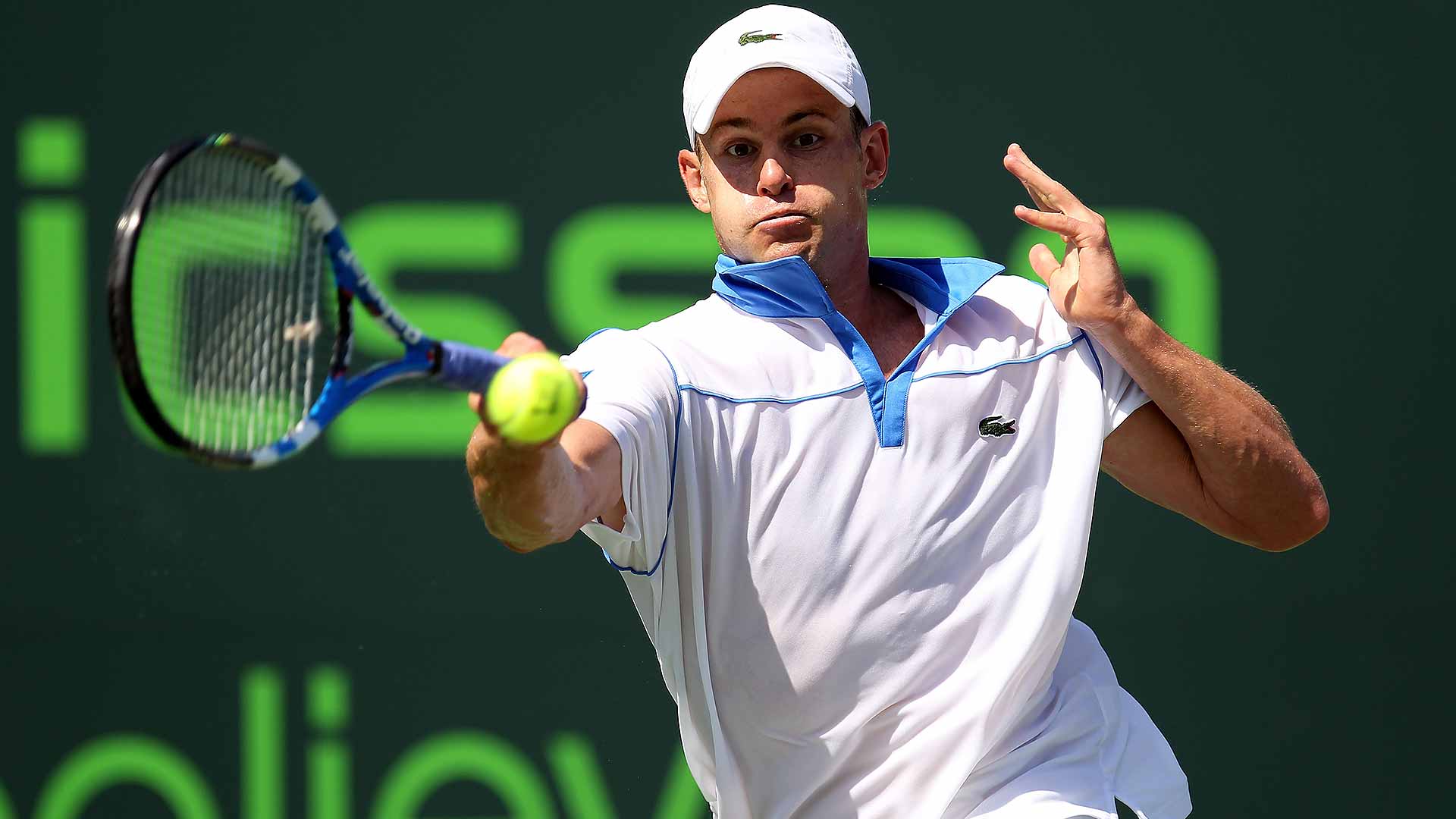 He faced a dilemma: Simply hang around, win a title here and there but largely bask in his money and the Top 20; or go for it all again, change his game during the latter stage of his career and re-dedicate himself.

“You start getting, I'm not going to say complacent, but maybe a little lacking direction, and to keep up with the top cream of any sport you've got to make adjustments,” Stefanki said.

At the end of 2008, Roddick hired Stefanki and, for the first time in his career, dropped weight – 15 to 20 pounds. At 26, and eight years after he turned pro, the American transformed his play.

“He started working even harder. He did everything he possibly could in every facet,” Stefanki said. “He always said, 'Larry, I'm not going to limp out of this deal. I'm not going to coast through. I'm going to go every single time, whether I'm at a practice session or a match'.”

The work paid off. In July 2009, Roddick returned to a Grand Slam final for the first time in three years and battled Federer for four-and-a-half hours in one of the greatest title matches at SW19. Roddick fell 16-14 in the fifth set as shadows began to envelop Centre Court.

“The match against Roger is probably one I think about the most,” Roddick said. “We all want opportunities back, but to be able to execute a game plan close to perfection, as well as I could anyways, for the better part of four-and-a-half hours on the biggest stage is not easy to do, especially when there's an uphill battle in general skill and talent on the other side of the net. I'm proud of that match.” 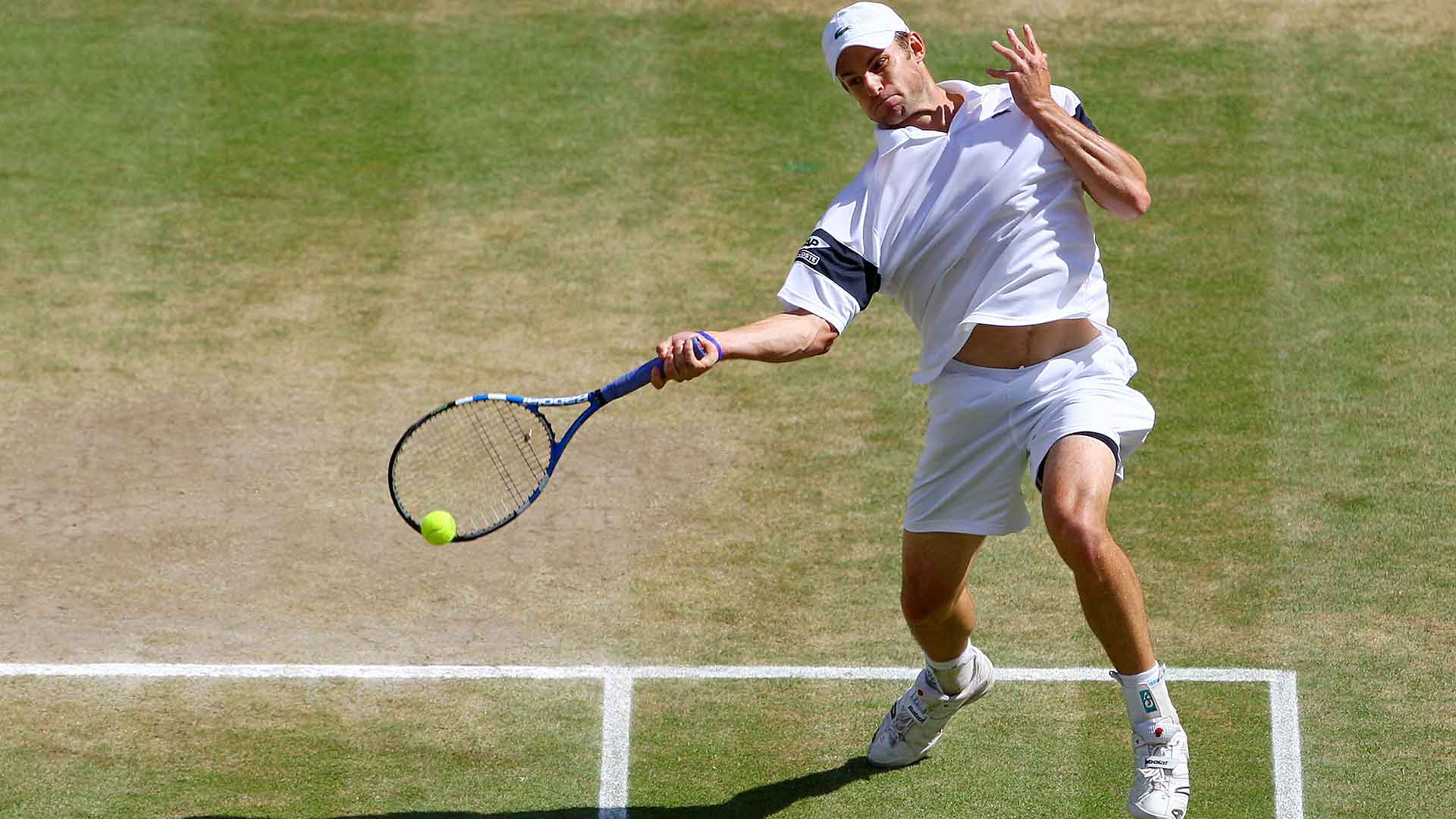 The work kept paying off. A year later, Roddick would beat Nadal en route to his fifth and final Masters 1000 crown at Miami in March 2010. He wouldn't win Wimbledon or another Grand Slam, but Roddick had been courageous again, leaving no stone unturned in order to maintain his place as a contender on the biggest stages of the sport.

“I had gone from Nos. 2 to 4, 6 to 8 and it was trending the wrong direction, so to revamp everything, really commit... and have a look at the basket for Wimbledon, which was the ultimate goal, I'm proud of that,” Roddick said. “I think being able to look at yourself objectively when something might be going in another direction is not easy for an athlete. I was happy that I did it.”

Read More: In Newport, Roddick Talks Federer Dominance, What Happened To His Trophies

The joy was on display all Friday morning as Roddick toured the International Tennis Hall of Fame, with his wife, Brooklyn Decker, their son, Hank, and more than a dozen family members and friends. Roddick's life is much different now, but Hank and younger tennis fans won't have to rely on old stories about Roddick's former career.

They'll be able to come to Newport, see his name alongside the list of tennis greats and read about the talented player who used his serve, forehand and the will to work to arrive at the International Tennis Hall of Fame.

“It's just insane, and I don't know that that will ever make sense to me,” Roddick said of the honour. “I'm happy to sit here and spend my tennis forever with these legends in Newport.”