Felix Auger-Aliassime will face Vasek Pospisil in the first round in Montreal.

Roddick Explains Why He Feels Felix Is The 'Next Best Prospect'

Andrew Eichenholz
This article contains:
Former No. 1 explains what makes the #NextGenATP Canadian stand out

Former World No. 1 Andy Roddick retired nearly seven years ago, but the American still keeps a close eye on the sport. He admitted that he was a ‘total fan’ during the Wimbledon final in which Novak Djokovic saved championship points against Roger Federer.

Roddick is also a fan of a player who is first beginning his journey on the ATP Tour: #NextGenATP Canadian Felix Auger-Aliassime.

“No one knew who Auger-Aliassime was three years ago and now all of a sudden he looks like the next best prospect,” Roddick said. “I wish he lived a thousand miles further south.”

The 18-year-old is the youngest player in the Top 100 of the ATP Rankings, climbing as high as World No. 21. Before this season, Auger-Aliassime owned only six tour-level wins. He has 29 this year already, including trips to his first three ATP Tour finals (Rio de Janeiro, Lyon, Stuttgart) and his maiden ATP Masters 1000 semi-final in Miami.

But how has Felix managed such a rapid rise at his age?

“Something I look for is easy power. I think most guys on [the ATP] Tour, if they set up and want to hit a ball hard, they can. The really, really great ones — you think of Roger, I think of a guy like Tomas Berdych — it doesn’t look like he’s swinging out of his shoes, but the ball kind of launches off of his racquet. And maybe you can’t see the ball on TV, but you can feel it playing against him,” Roddick said. “Felix seems to have that easy power. When he’s going after a ball, it doesn’t look out of sorts. It looks like the technique is pretty much the same.”

You May Also Like: Felix On Budding Canadian Rivalries: 'We're Not At War Here'

That has also led to consistency in Auger-Aliassime’s results this year. From the start of the Rio Open presented by Claro — an ATP 500 tournament held in February where he made his first ATP Tour final — the Canadian has lost his first match just once in 13 tournaments, advancing to at least the semi-finals five times.

Not only is Felix placed second in the ATP Race To Milan for a spot at the Next Gen ATP Finals in November, but he is also 11th in the ATP Race To London, from which the Top 8 players qualify for the Nitto ATP Finals. With all that in mind, Roddick believes that Auger-Aliassime has nowhere to go but up.

“Things that will improve when you’re young, when you’re 18, movement always gets better, power always becomes more. That’s just going to happen, and he already does both of those things pretty well,” Roddick said. “Even looking at his serve from last summer, I’ll get the statistics wrong, but I want to say it looked like a 115, 120 serve and now all of a sudden you look at him this summer and it’s looking like 125, 130, starting to look like a weapon, and that should be scary for a lot of people.” 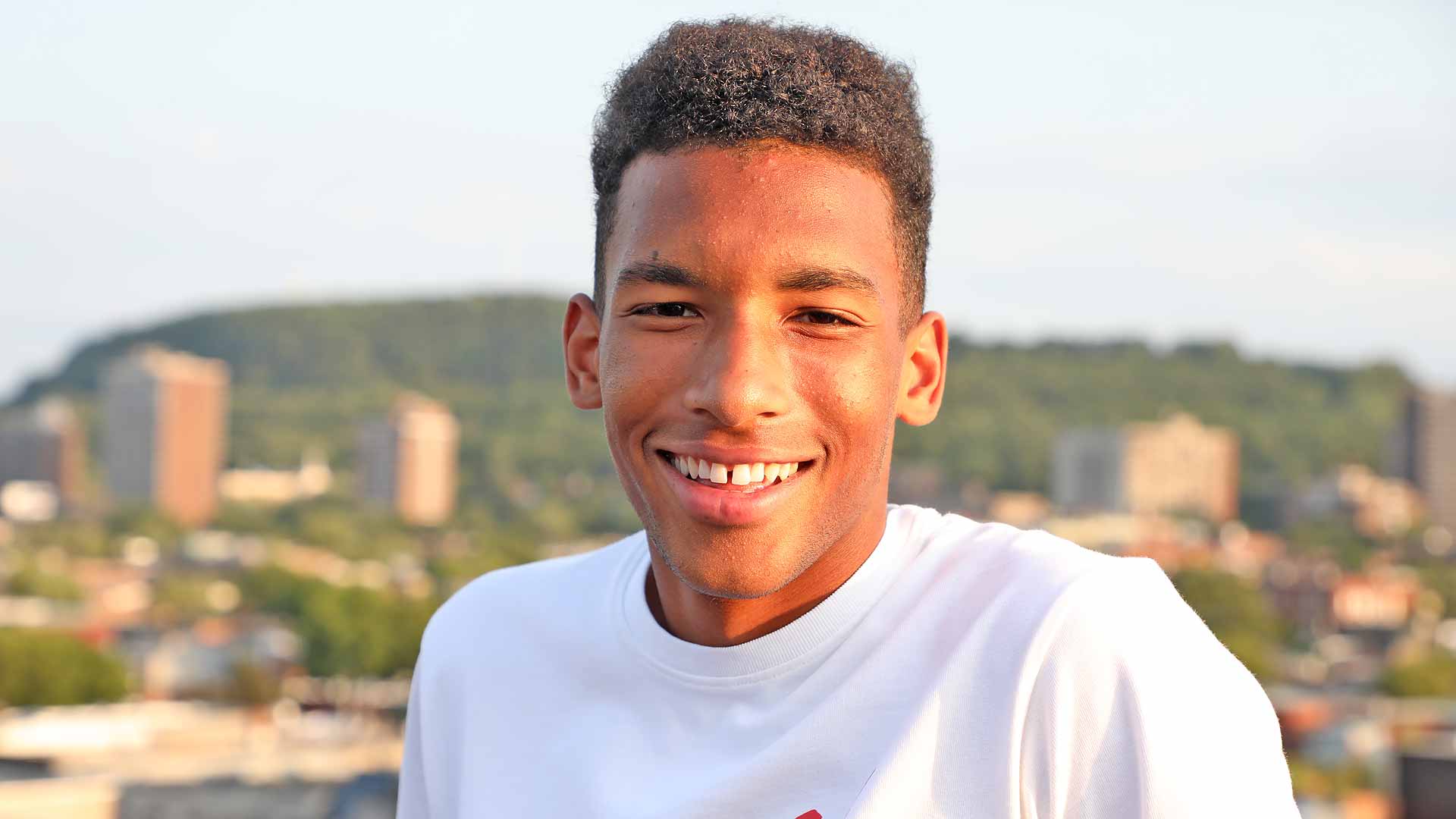 Auger-Aliassime currently ranks 11th on the ATP Tour this year in aces with 383. He is also inside the Top 20 in first-serve points won on the season at a clip of more than 74 per cent.

But Roddick says that he likes a lot about the #NextGenATP star's game. The American sees some common threads with current and recent legends of the sport, specifically in his footwork.

“He moves well already. If you look at the guys that win early, you’re looking at a Hewitt or a Roger or a Rafa, all those guys moved well from a young age,” Roddick said. “That’s certainly not a recessing asset. You get to 21, 22, 23 years old [and it only gets better].”

Did You Know?
Auger-Aliassime is set to face countryman Vasek Pospisil in the first round. The teen has won both of their previous FedEx ATP Head2Head meetings, which came in the first round at last year's BNP Paribas Open and this season at Wimbledon.