Jurij Rodionov is a two-time ATP Challenger Tour titlist in 2020.

Fortunes can change quickly in tennis. Just ask Jurij Rodionov, whose three-week run on the ATP Challenger Tour has catapulted him into Next Gen ATP Finals contention.

Just three weeks ago, the Austrian was sitting at No. 362 in the FedEx ATP Rankings. Rodionov had not been ranked that low since 11 June 2018, the week before he cracked the Top 400 for the first time.

After a disappointing 2019 season, the 20-year-old had begun to work on a new mental approach in 2020 and also hired former Top 30 player Javier Frana as a touring coach ahead of his appearance at the RBC Tennis Championships of Dallas last month.

“I wanted to listen to my body and to listen to coaches and other people around me who know me and know my tennis. To trust, believe them more and hear them out,” said Rodionov. “Before, I was more like ‘I know myself better, I can do it’, but sometimes hearing from a different point of view can be very beneficial and it just helped me out over the past few months.”

Alongside Frana, Rodionov discovered his best form in Texas to beat Top 100 stars Dominik Koepfer and Andreas Seppi en route to his second Challenger title. Two weeks later, with added confidence, Rodionov battled through three consecutive three-set matches to capture another Challenger crown in Morelos. The three-week run catapulted the 6’3” left-hander 190 positions in the FedEx ATP Rankings to a new career-high No. 168.

You May Also Like: Challenger Q&A: Rodionov Hits The Reset Button In Dallas

“Before, I was struggling in tournaments to get my rhythm and the right mindset,” said Rodionov. “I think Javier really helped me on this… I always knew that I was a good tennis player, but for some reasons in 2019 I was not playing my best at tournaments.

“With Javier, I have a very talented and experienced coach on my side. I think this made the difference, especially in Morelos. I wasn’t playing my best, but mentally I was the strongest player. I believe this was the key difference. Every single match was a tough match. The last three matches were three sets and I think I was just a bit more consistent and the more solid guy at the end.” 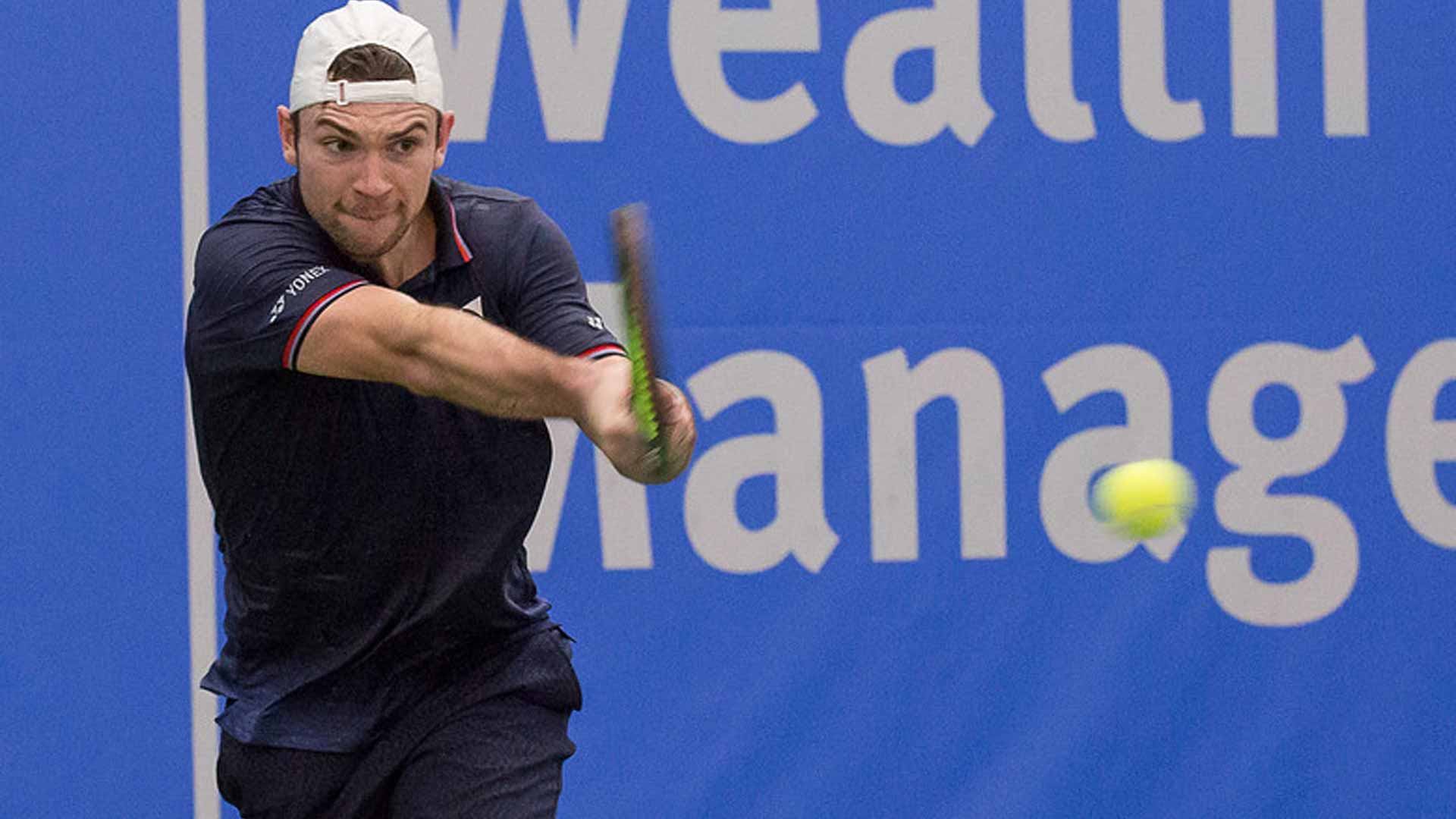 When Rodionov is not on the road, he can also rely on the support of two further coaches when he practises at his Südstadt base in Austria. One of those coaches is World No. 3 Dominic Thiem’s father, Wolfgang Thiem.

The three-time Challenger titlist, who is also coached by Riccardo Belotti, believes he will continue to grow if he perseveres with his new collaborative approach by listening to his team more.

“With Wolfgang Thiem, he is the father of one of the best tennis players in the world right now,” said Rodionov. “Javier Frana is an ex-Top 30 ATP Tour player who can obviously help me in tennis. It just gives me a great boost if I just shut up and listen to them.”

Rodionov is not the only Austrian star to reach new heights in 2020. On Monday, Thiem overtook Roger Federer as the No. 3 player in the FedEx ATP Rankings. Austrian No. 2 Dennis Novak also reached his career-high position (No. 93) on 3 February. Prior to the 2020 ATP Tour season, Rodionov was able to train with Novak and Austrian No. 3 Sebastian Ofner.

“Being around those guys has helped me a lot, practising with them and talking with them,” said Rodionov. “I will definitely take advantage of it. It is a good team with great people and great personalities.” 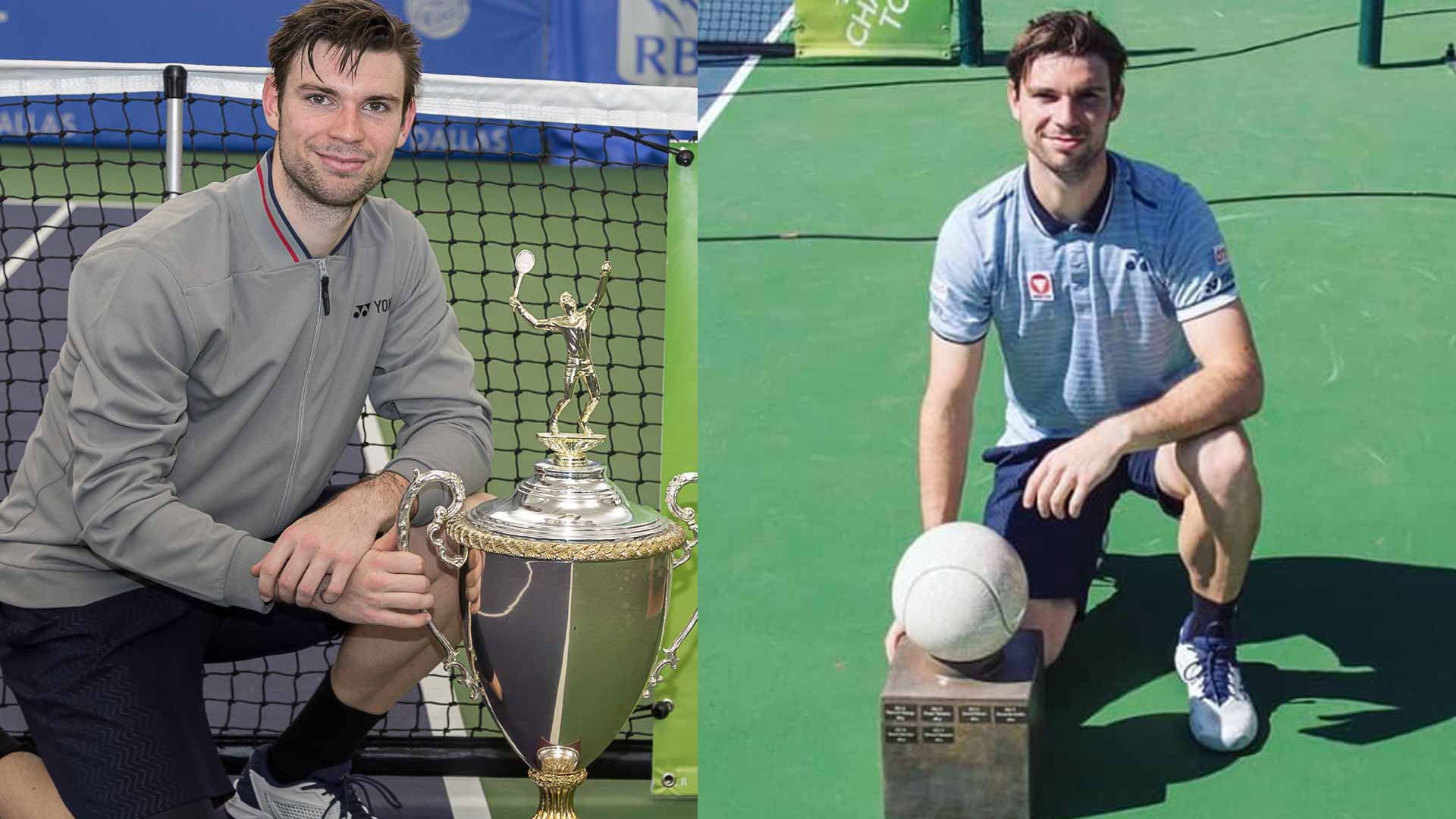 With his title runs in Dallas and Morelos, the Austrian is now ahead of last year’s Next Gen ATP Finals champion Jannik Sinner and runner-up Alex de Minaur in sixth position in the ATP Race To Milan. In his final year of eligibility, can the Austrian continue to find success and qualify for the 21-and-under event?

“It is one of my goals this year, because it is the last year I can qualify,” said Rodionov. “It would be huge to play there. I heard from all angles that everybody is saying this event is very good. I would love to play it. Obviously, that is a motivation. I am doing pretty good in the Race To Milan and I would be happy to continue my run.”

What a month it was for 🇦🇹 Jurij Rodionov.

✅ 15 wins from 17 matches
✅ titles in Dallas and Morelos
✅ semi-final in Columbus
✅ up nearly 200 spots to career-high in Top 170 of FedEx ATP Rankings pic.twitter.com/KbBCyMb36z

The versatile Austrian, who believes his game resembles that of two-time Australian Open quarter-finalist Tennys Sandgren, is also keen to experience the unique tournament innovations in Milan. Last year’s event featured the first uses of Video Review and in-competition wearable technology on the ATP Tour.

“I am someone who likes to try new things. It is best of five sets, [with sets up to] four games. I like that there are no line umpires and you have to take care of your towel yourself,” said Rodionov.

With two trophies and a reversal in fortunes in the FedEx ATP Rankings, it is clear that Rodionov’s new approach is a step in the right direction.

“I feel most proud about being back, being myself and competing again very good,” said Rodionov. “Having the feeling of winning again just feels great… I am relieved that I am back on track. I want to improve from now on, I want to work harder and see where it takes me.”

Only time will tell if Rodionov’s February run will lead him towards his goal of Milan qualification, but there is no mistaking it’s an impressive start.