Swiss superstar Roger Federer was voted GQ's Most Stylish Man Of The Decade at the end of 2019.

Nina Pantic
This article contains:
A look back at Federer’s most memorable fashion moments

For more than two decades, Roger Federer has enthralled fans with his play, personality, and superior fashion sense. His style has evolved from his long-haired teenage years to the detail-orientated, meticulously put together icon of modern day.

Though Wimbledon made expressing fashion a unique challenge with the white dress code, Federer rose to the occasion time and time again, managing to make his warm-up outfits as resplendent as his tuxedos for the champion’s ball (a celebration he starred in eight times). At the US Open, he appropriately went for bold, loud looks to rev up the New York crowds, while at Roland Garros he counterbalanced the red background by donning blue and neutral hues. At the Australian Open, where he won six times, he stayed effortlessly cool and chic in the sweltering heat every year.

Off the court, the Swiss has been a regular at the front rows of fashion shows and on best dressed lists alike. When Anna Wintour, the editor-in-chief of Vogue Magazine, was asked about her favourite looks at New York Fashion Week in 2007, she famously declared, “Anything that Roger wears!”

In honour of the 20-time Grand Slam champion’s decorated career, let’s take a journey through his most memorable looks.

Wimbledon 2006
On his way to winning his fourth Wimbledon trophy in a row, Federer made a fashion statement with a cream jacket more appropriate for a black-tie gala than a tennis court. He donned the perfectly tailored outerwear for the trophy ceremony with Rafael Nadal, all but breaking the internet. 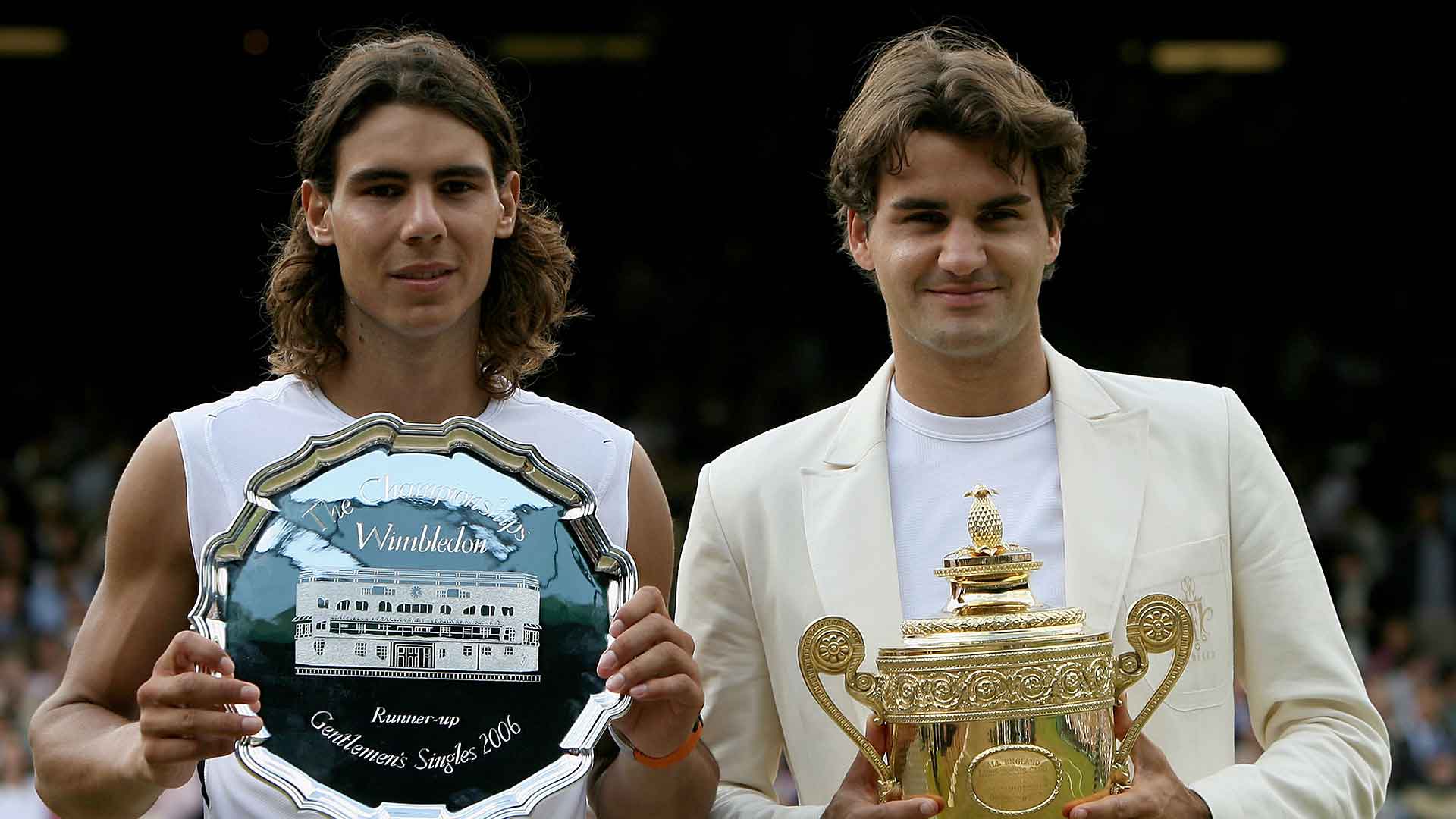 US Open 2007
While Wimbledon was strictly all white, Federer wasn’t afraid to go to the opposite extremes elsewhere. In New York on his way to the 2007 title, he put together an all-back kit that intimidated every opponent. The look included black socks, black shoes and black wristbands. 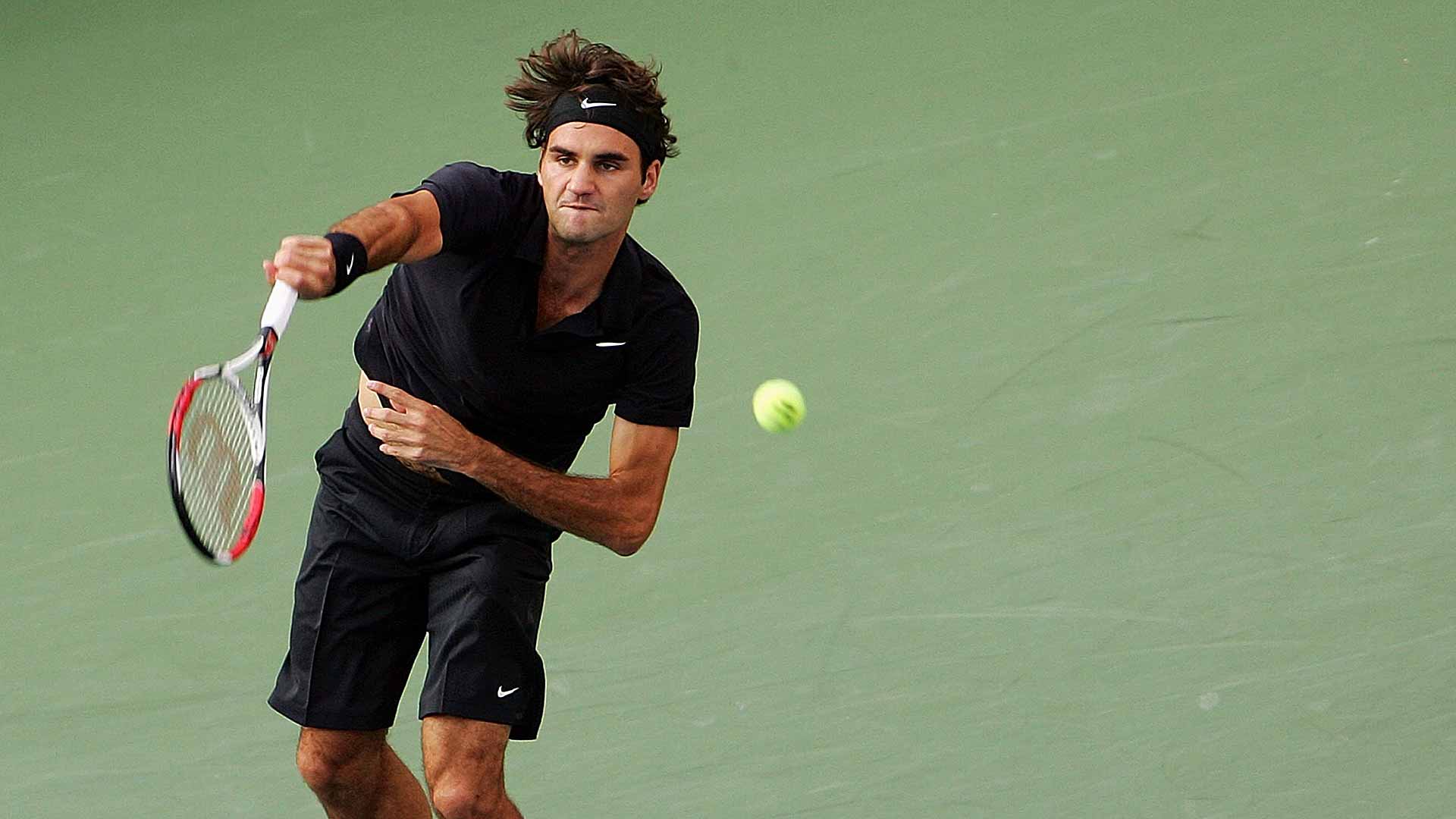 New York Fashion Week 2007
Off the tennis court, Federer continued to cement his place as a fashion ace as a regular guest at New York Fashion Week. Joined by Mirka and Anna Wintour, the editor-in-chief of Vogue, he was pictured here at Oscar de la Renta’s spring 2007 fashion show.

“I grew up enjoying Prada and Dolce & Gabbana. I love Dior and Louis Vuitton. I also have a lot of Tom Ford's suits, so that's kind of how I got into [fashion],” Federer later told Esquire. “And I was lucky enough to meet a lot of those designers as well through Anna Wintour, who is a really close friend of mine. And moving about in big cities and meeting people like Oscar de la Renta and talking to them about fashion. Meeting people from the art world, it's been very inspiring.” 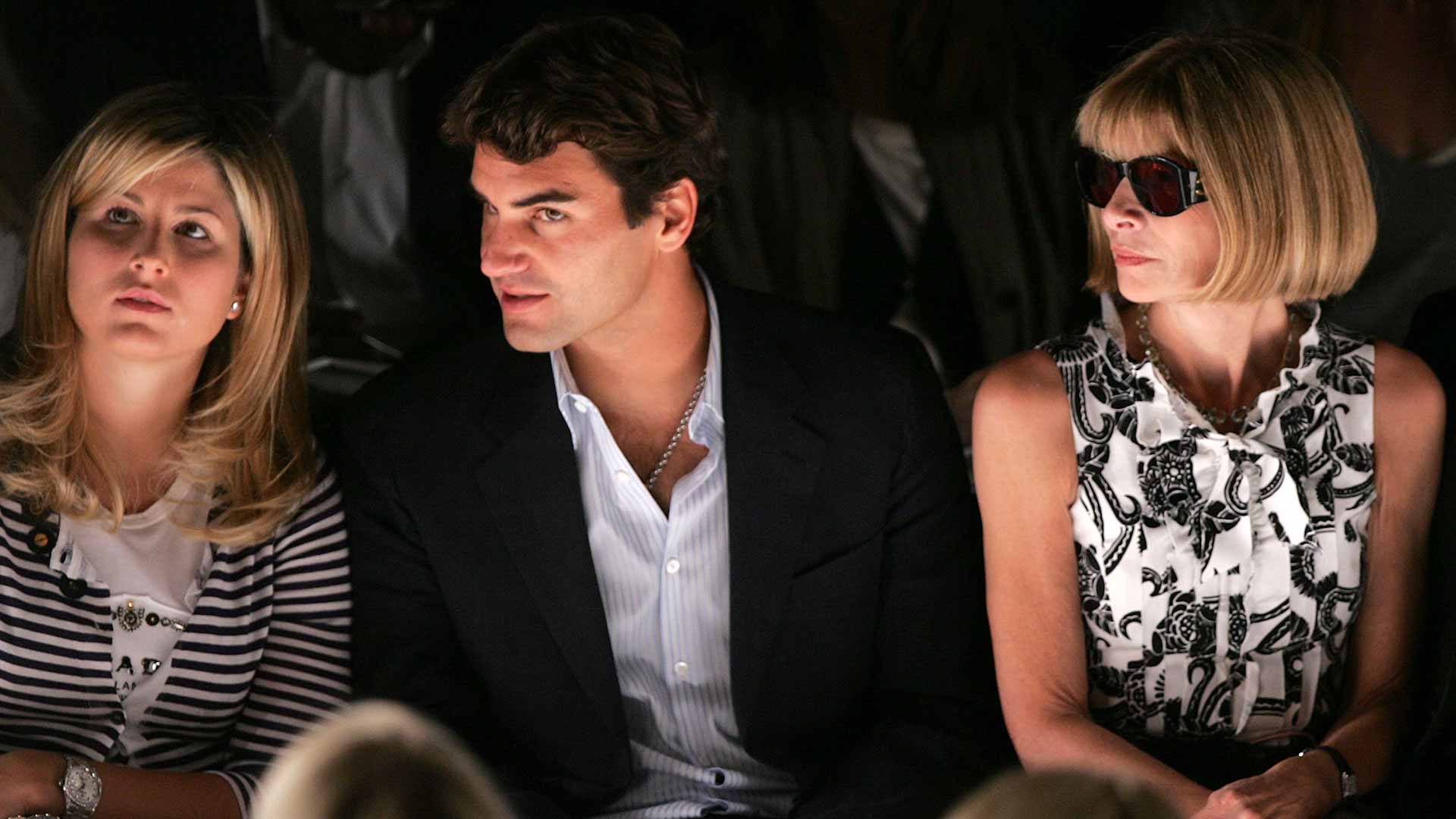 Wimbledon 2008
After the suit jacket at the All-England Club came the cardigan with the finely stitched gold RF logo. Going for his sixth straight Wimbledon title, Federer was upset by Nadal in one of the best matches of the Open Era as the daylight hours waned on Centre Court. 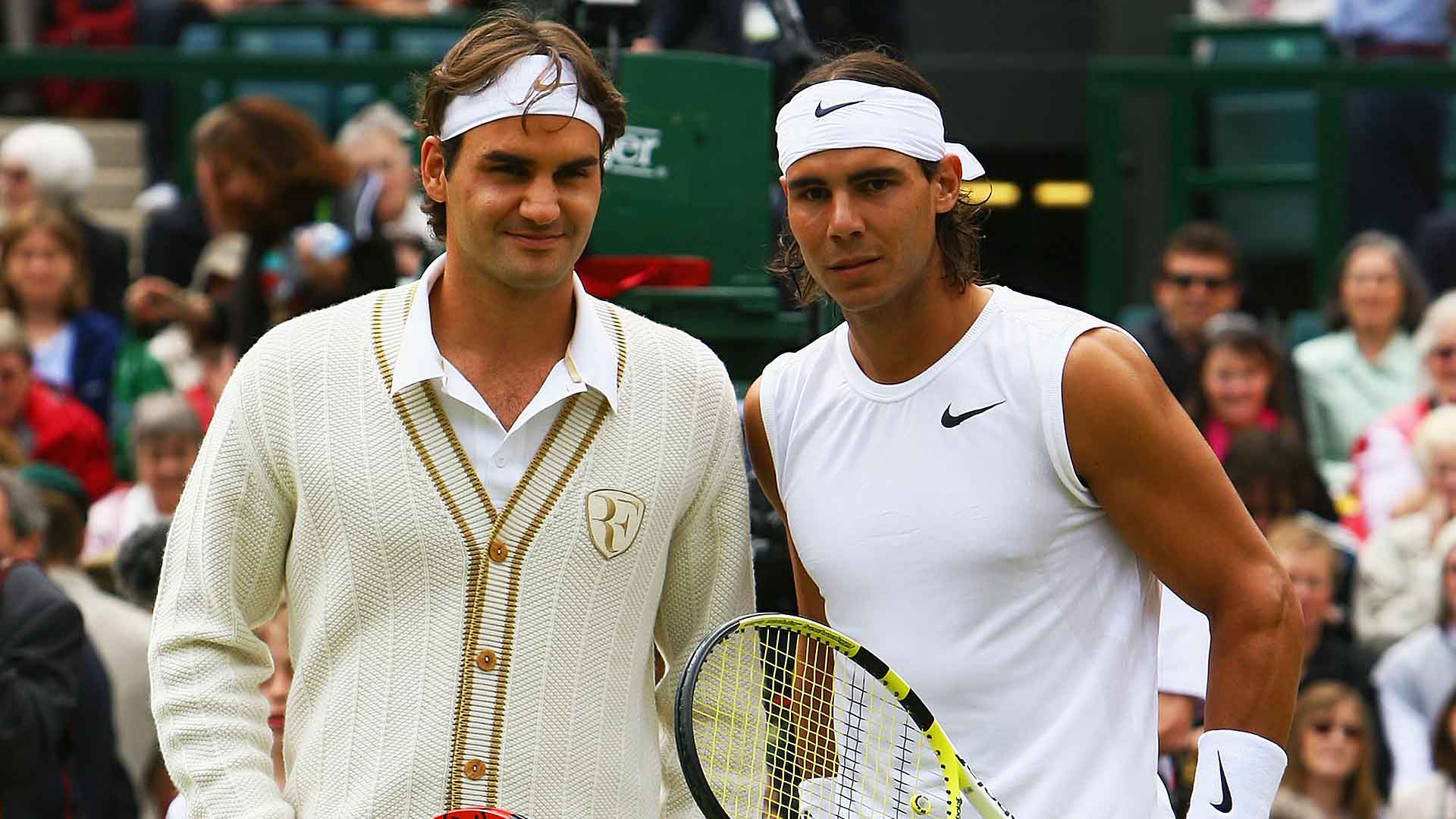 Roland Garros 2009
Of course, the outfit Federer wore on his way to his first, and only, Roland Garros crown is going to be significant. Fitted in a baby blue collared shirt with dark blue trim and red detailing, Federer managed to finally raise the La Coupe des Mousquetaires with a win over Robin Soderling in the final. 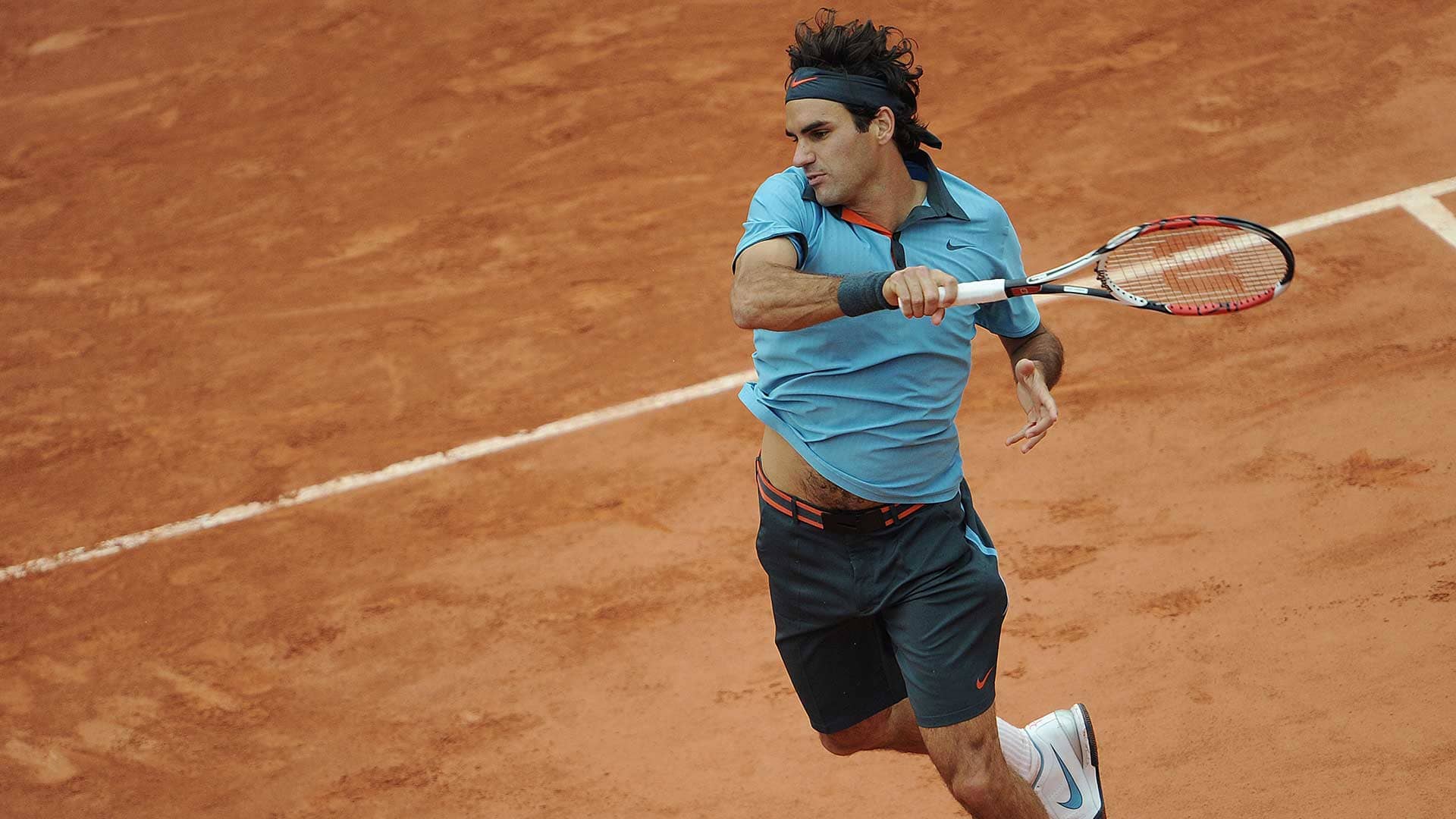 Wimbledon 2009
Instead of slowing down his fashion risks, Federer took things up a notch in London with a full three-piece suit for his walk out onto the court. Despite being made up of multiple pieces, the loose-fitting ensemble looked comfortable and breezy as Federer made his way to a sixth Wimbledon title.
“I did feel a bit funny in the locker room with other players looking at me and going, ‘What's he thinking?’” Federer recalled in Esquire. “But it brought some glam to tennis and some style and something to talk about other than just forehands and backhands. I'm really happy that I did it and that I took chances like that throughout my career.” 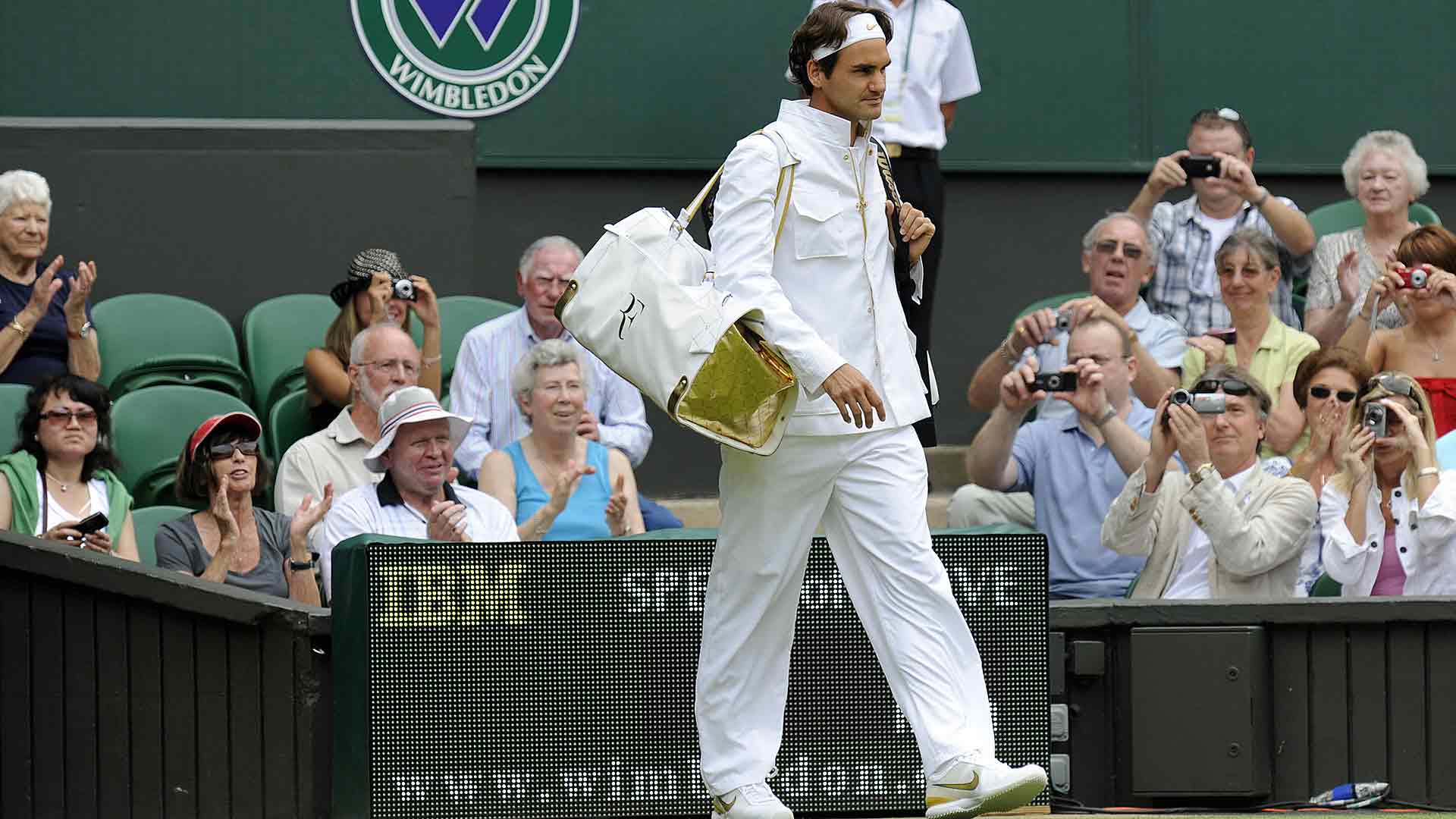 Photo: ADRIAN DENNIS/AFP via Getty Images Nitto ATP Finals 2010
Federer appeared in a bold red kit for his appearance at the Nitto ATP Finals in London in 2010. He’d beat rivals Novak Djokovic and Nadal in the semi-finals and final, respectively. The sleek look was classic Federer with attention to detail in his shoe accents and the pairing of a flattering bright red with a neutral gray. 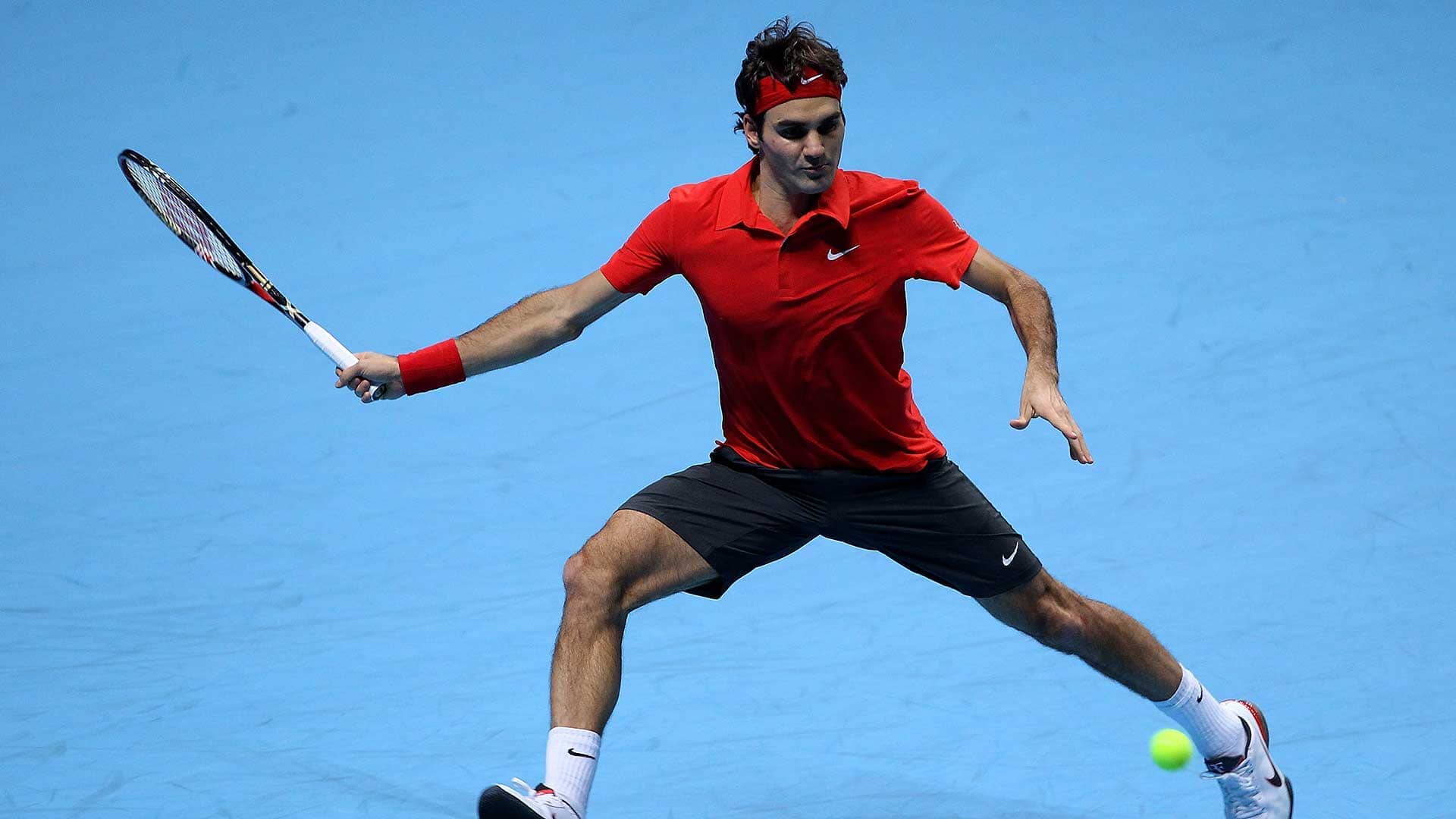 Australian Open 2013
Federer made splashes all over the globe during his career including with six titles at the Australian Open. He fell short in 2013 but left a resounding fashion statement with his pink-accented grey outfit. The pink detailing in the headband and shirt collar really brought the look together with the pink shoelaces making the biggest splash. 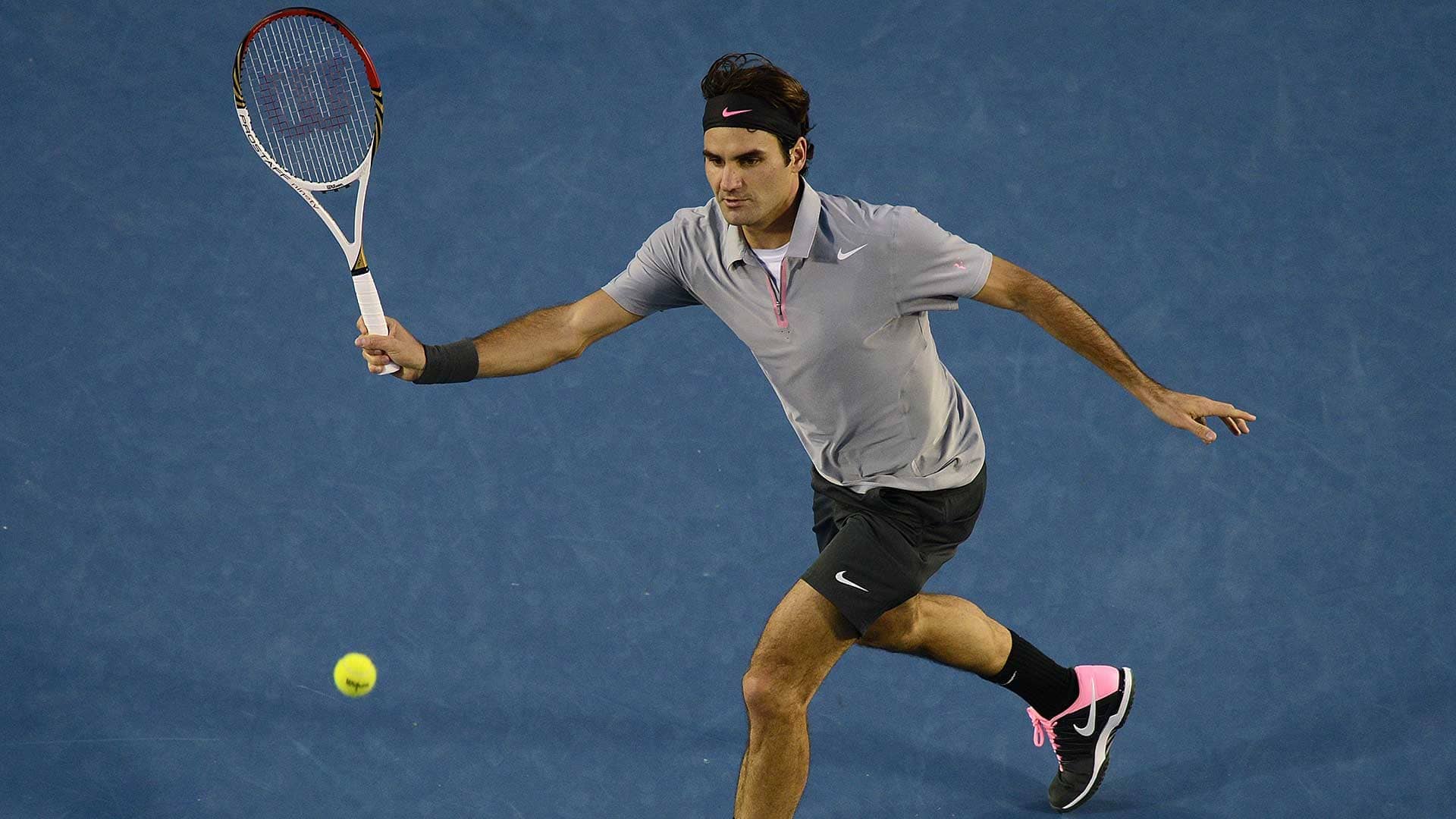 Academy Awards 2016
Not even arthroscopic knee surgery could hold Federer back as he rubbed elbows with the who’s who of Hollywood at the 88th Academy Awards in Los Angeles. Three weeks after his procedure, Federer looked every inch the movie star as he hit the red carpet in Louis Vuitton and mingled with newly crowned Oscar winner Leonardo Di Caprio, Anne Hathaway and more at the Vanity Fair Oscar Party later in the night. 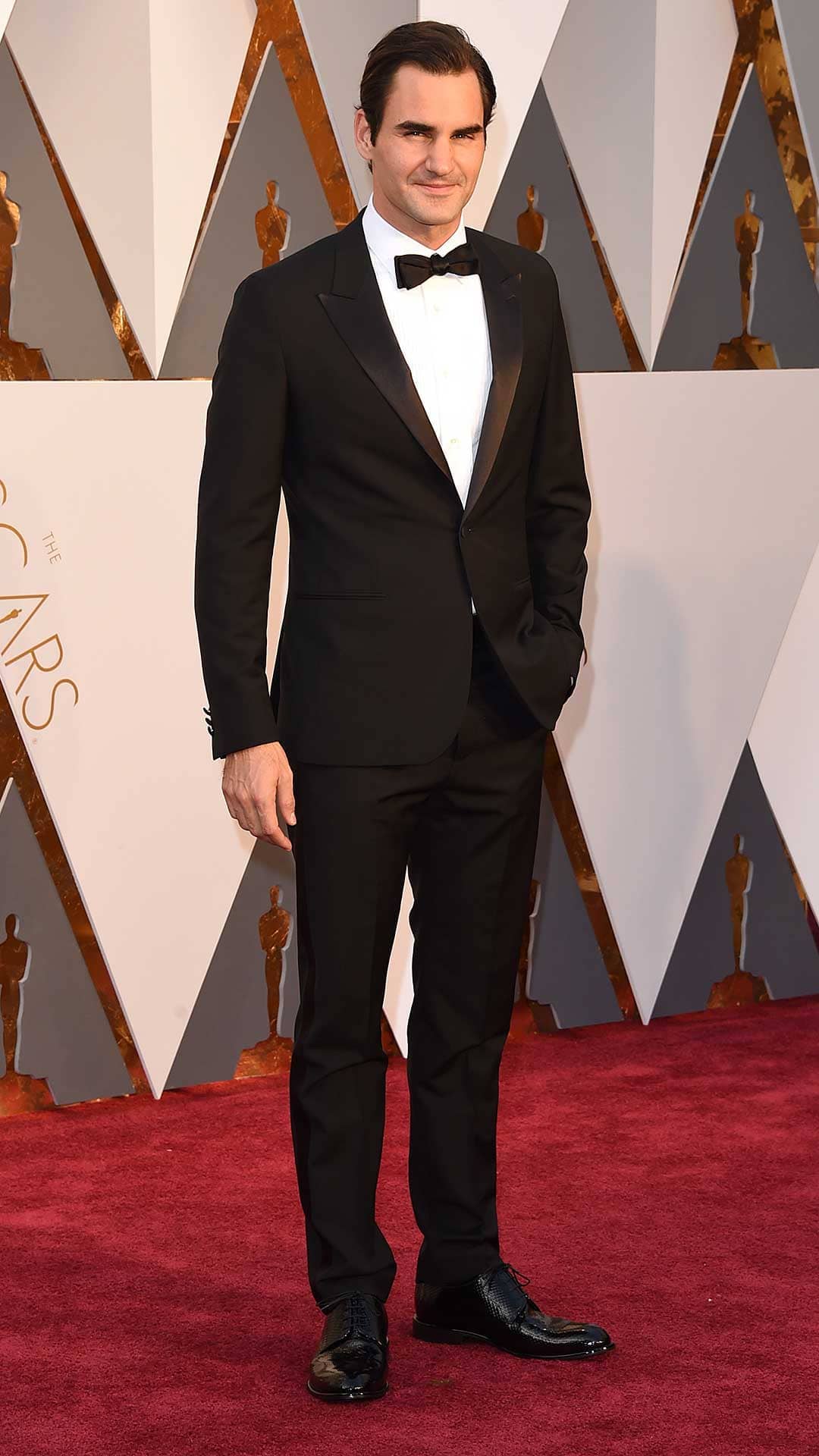 Hopman Cup 2017
After taking six months off from the Tour, the world was eager to see Federer back in action at the Hopman Cup. For the traditional New Year’s Eve celebrations, the Swiss rocked a masterpiece of a tuxedo, complete with a sharp bowtie.

“I felt very uncomfortable in suits when I was younger, so what I just started doing was wearing suits whenever I went to dinner,” Federer told Tennis View Magazine in 2014. “I used to overdress a little bit that way but eventually I got used to wearing suits. And after a while I found that I really enjoyed buying and wearing beautiful clothing. Nowadays I'm as happy in a formal suit as a tracksuit!” 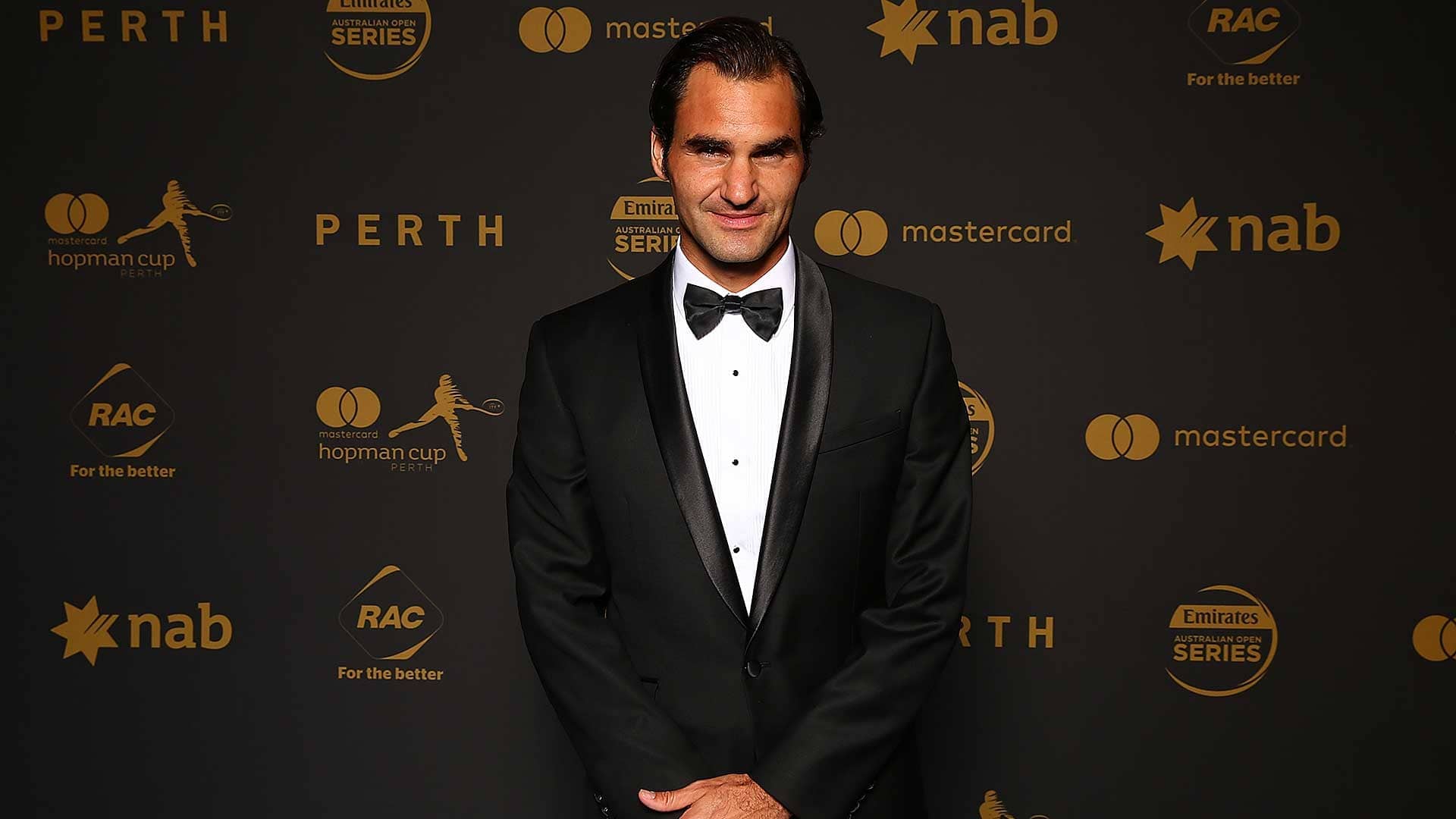 Australian Open 2017
The 39-year-old’s black-and-white patterned outfit for his march to Grand Slam No. 18 was most memorable because of the grandness of his feat. Having not won a major in five years and taking most of 2016 off, Federer stormed to the title as the most-adored underdog. 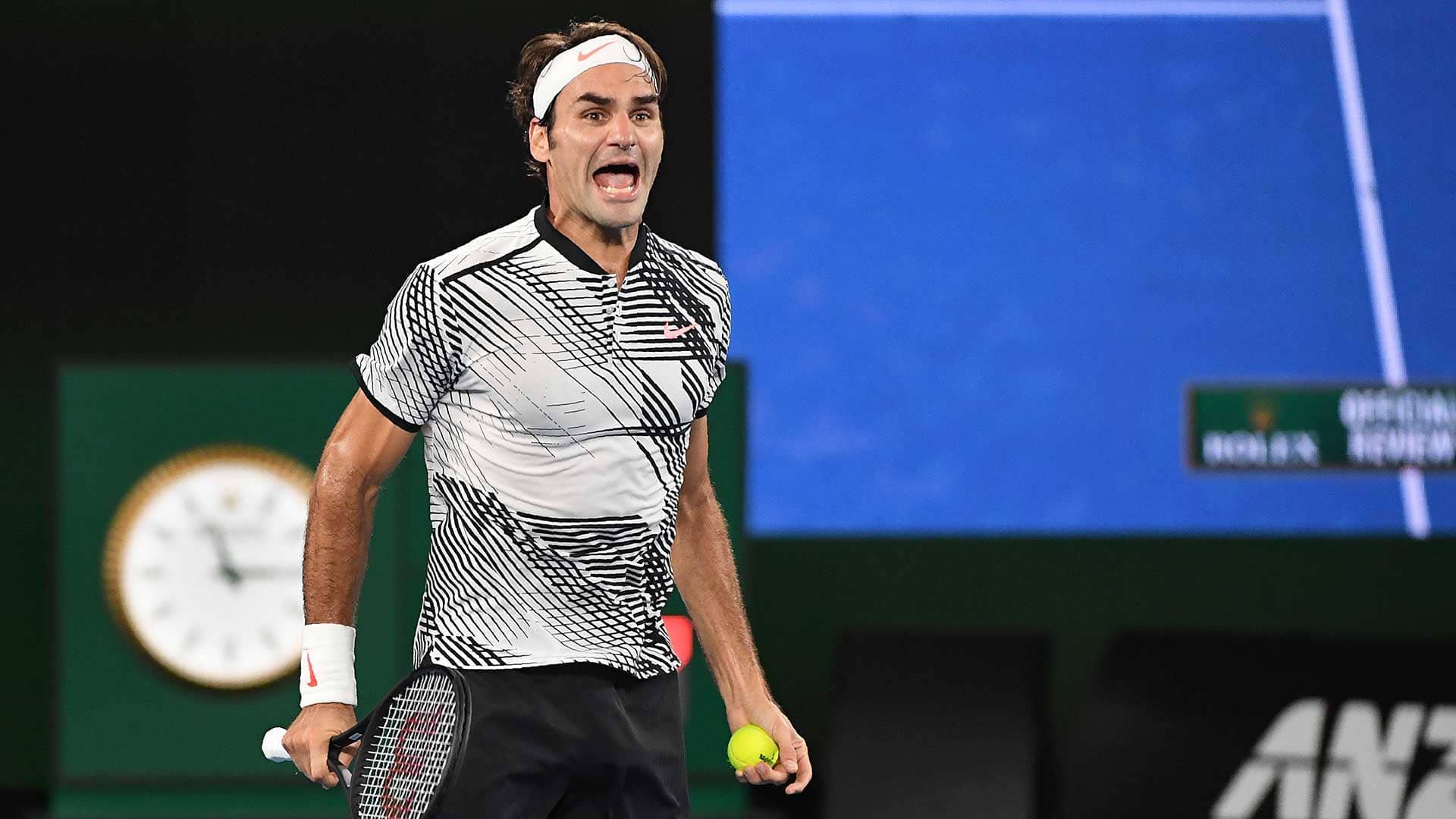 The Met Gala 2017
In 2017, Federer skipped the clay-court swing, stunning and worrying his many fans. He made the most of his time off by attending the Met Gala in New York for the very first time. No simple tuxedo would do for the Swiss as he rocked a Gucci cobra-adorned jacket. 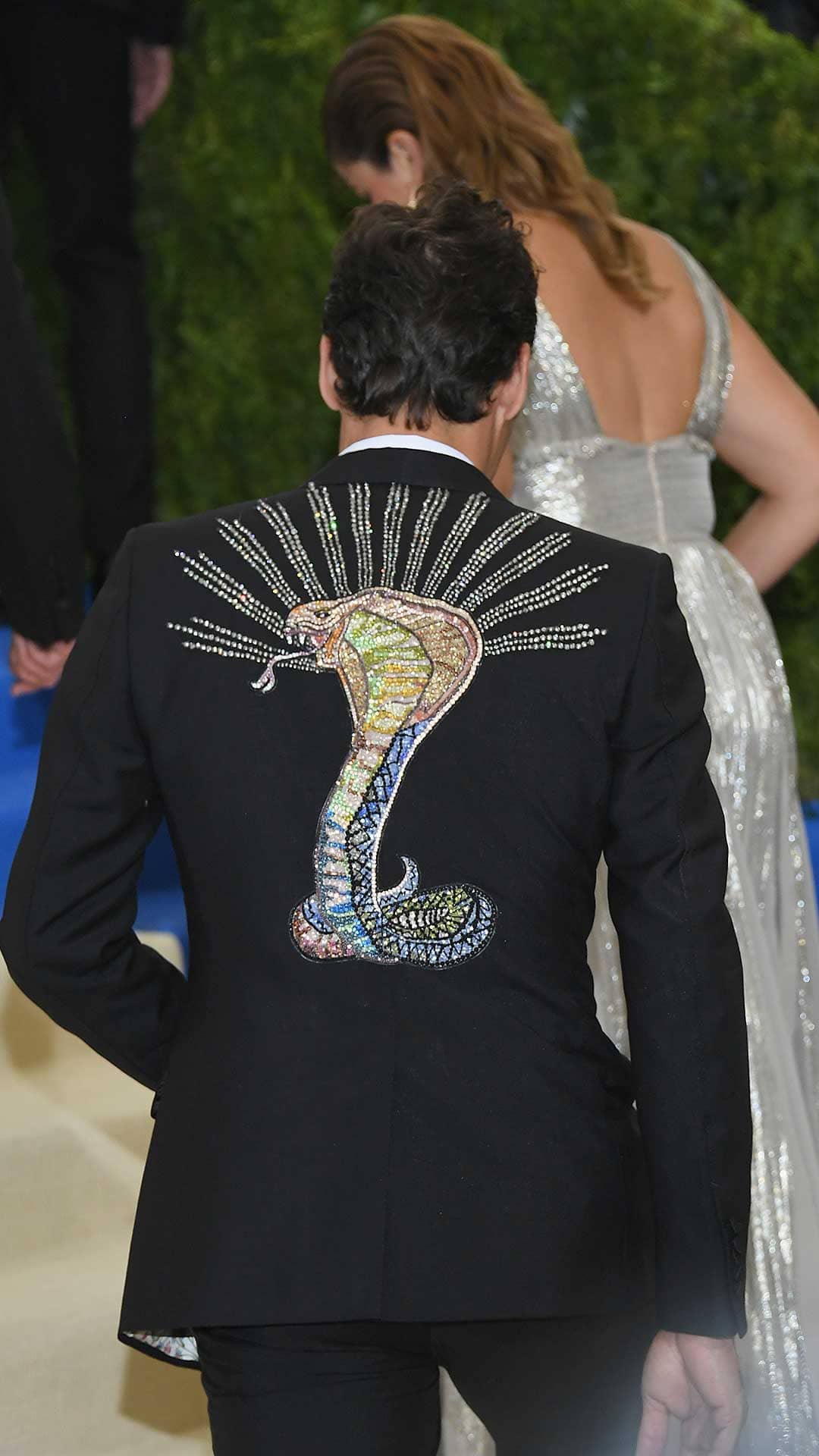 US Open 2019
No news in the brand apparel world was more shocking than Federer leaving Nike in 2018 after more than 20 years for a new contract with Uniqlo. At the 2019 US Open, he proved that it wasn’t the company that made him so stylish, it was the man. He shined in a black outfit with thick, white trim. 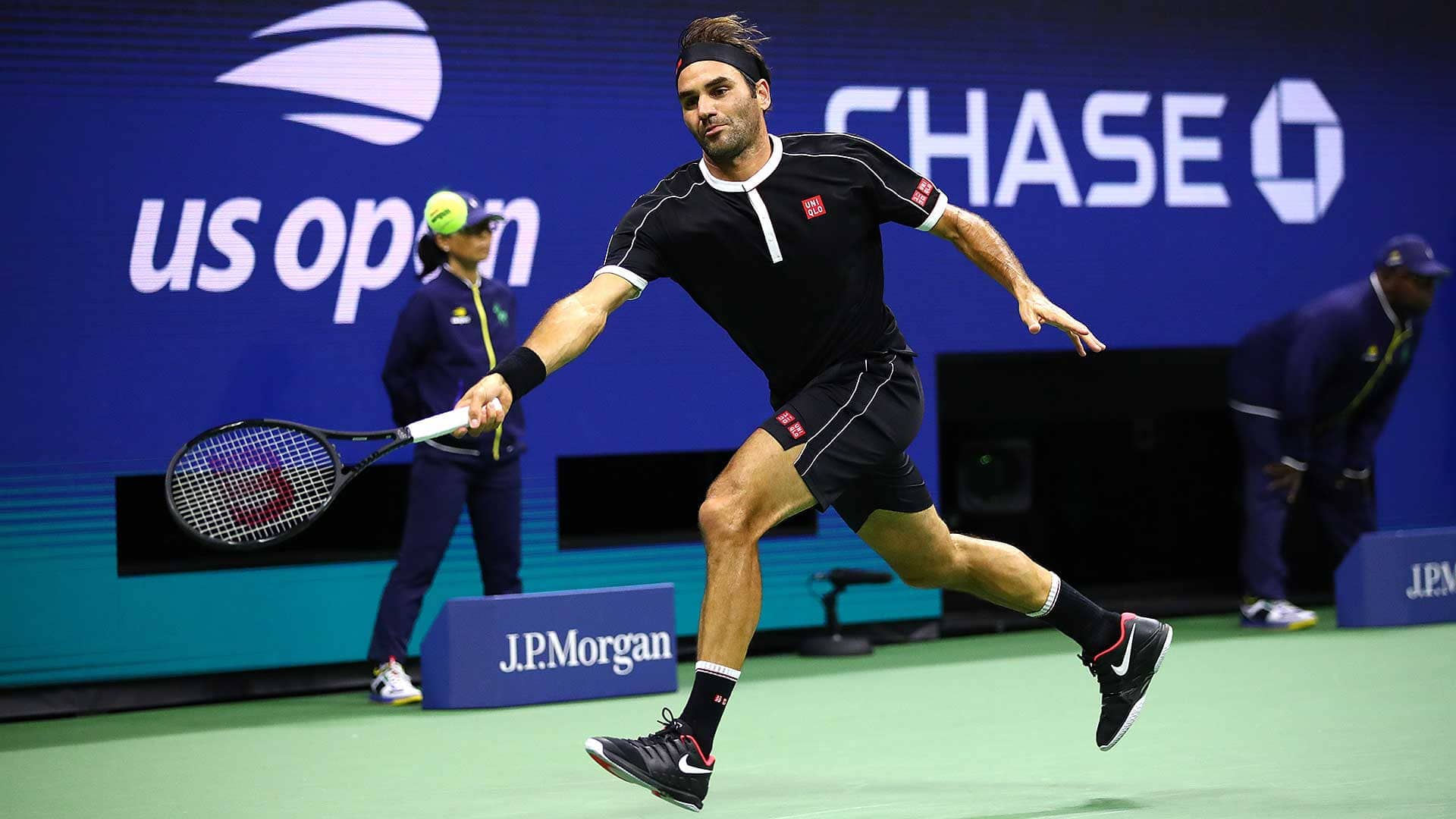 GQ Most Stylish Man Of The Decade (2010-2019)
Federer’s signature mix of effortless elegance and classic menswear has landed him on countless ‘Best Dressed’ lists over the years. At the end of 2019, he scored major fashion points after being voted GQ’s Most Stylish Man of The Decade.

“Roger has been dressing like a champ for the full decade,” GQ editors wrote. “At 38, he knows what it takes to show up and look good.” 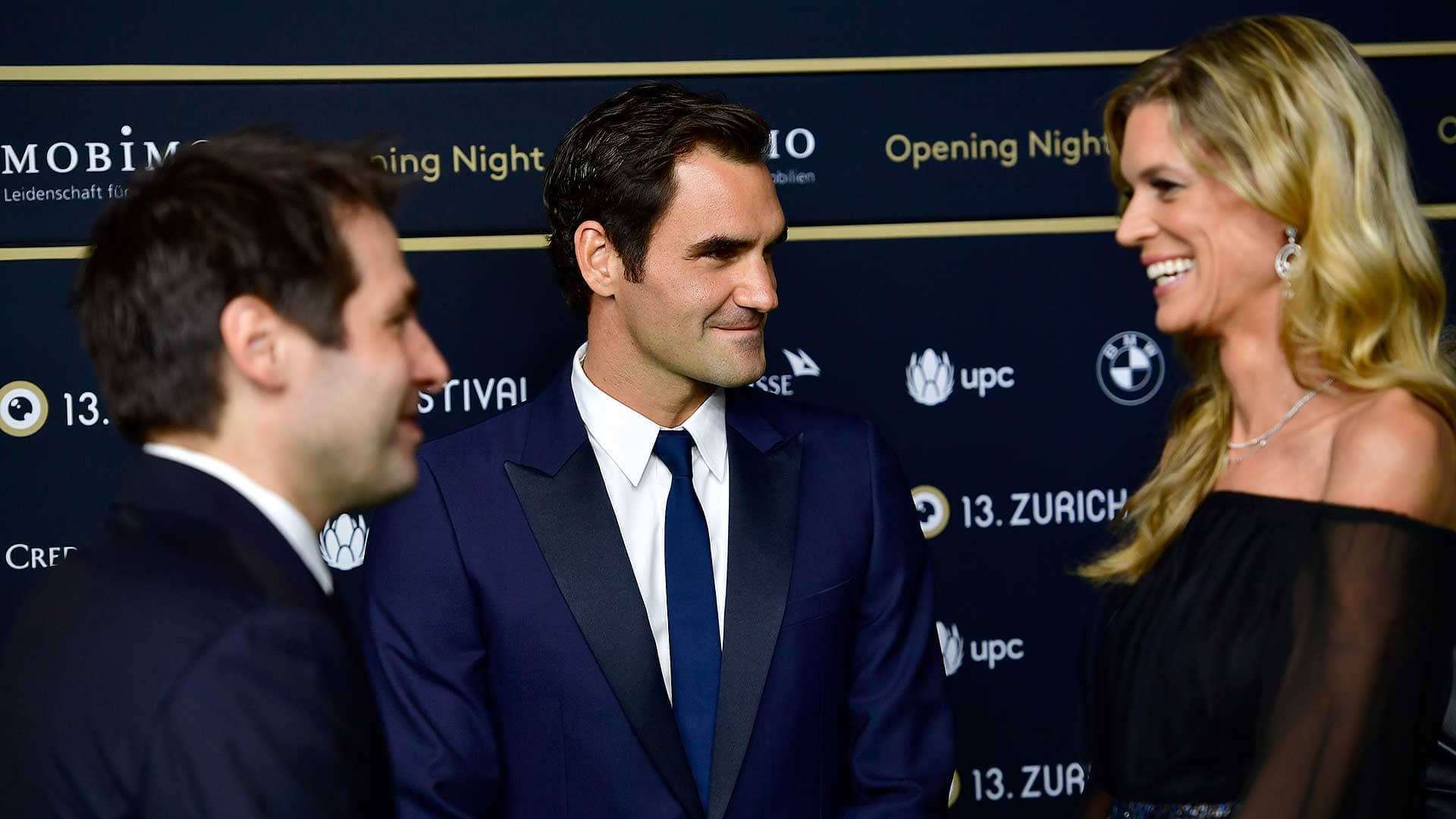 Federer has evolved over the years, on court and off it, and his fashion choices have reflected his growth and accomplishments perfectly.