Francis Roig has worked with Rafael Nadal since 2005.

After beating Francisco Cerundolo in the first round of Wimbledon, his first match on grass for three years, Rafael Nadal retreated to the courts of Aorangi Park for a one-hour session to prepare for his next outing at the tournament; a second-round clash with Ricardas Berankis.

Accompanied by Francis Roig and Marc Lopez, two of his coaches, the 22-time Grand Slam champion continued working on his transition to the surface, with one eye on the challenges that await him at the All England Tennis Club.

You May Also Like: Day 4 Preview: Nadal Returns After Early Escape

At 36 years of age and having captured his 14th Roland Garros crown, Nadal underwent two pulsed radiofrequency sessions in an effort to combat Muller-Weiss syndrome, a dysplasia of the tarsal navicular he has suffered from since 2005 in his left foot.

He did so with a clear goal: to continue playing, to keep having chances, to fight to extend one of the greatest careers in the history of the sport. And, of course, to return to Wimbledon, a place that holds a special place in his career.

“That tells me that he really wanted to play on grass again because his game was in great shape,” Roig told ATPTour.com in London. “He had a monkey on his back. Obviously, as long as he is competing for Grand Slams he’ll keep playing. He enjoys it and he likes competing.

“Of course, his intensity and desire continue to surprise me. His professionalism in training and how quickly he recovers his level after being injured. I’ve been seeing it since he was little, but the way he overcomes adversity... it hasn’t been affected by age.” 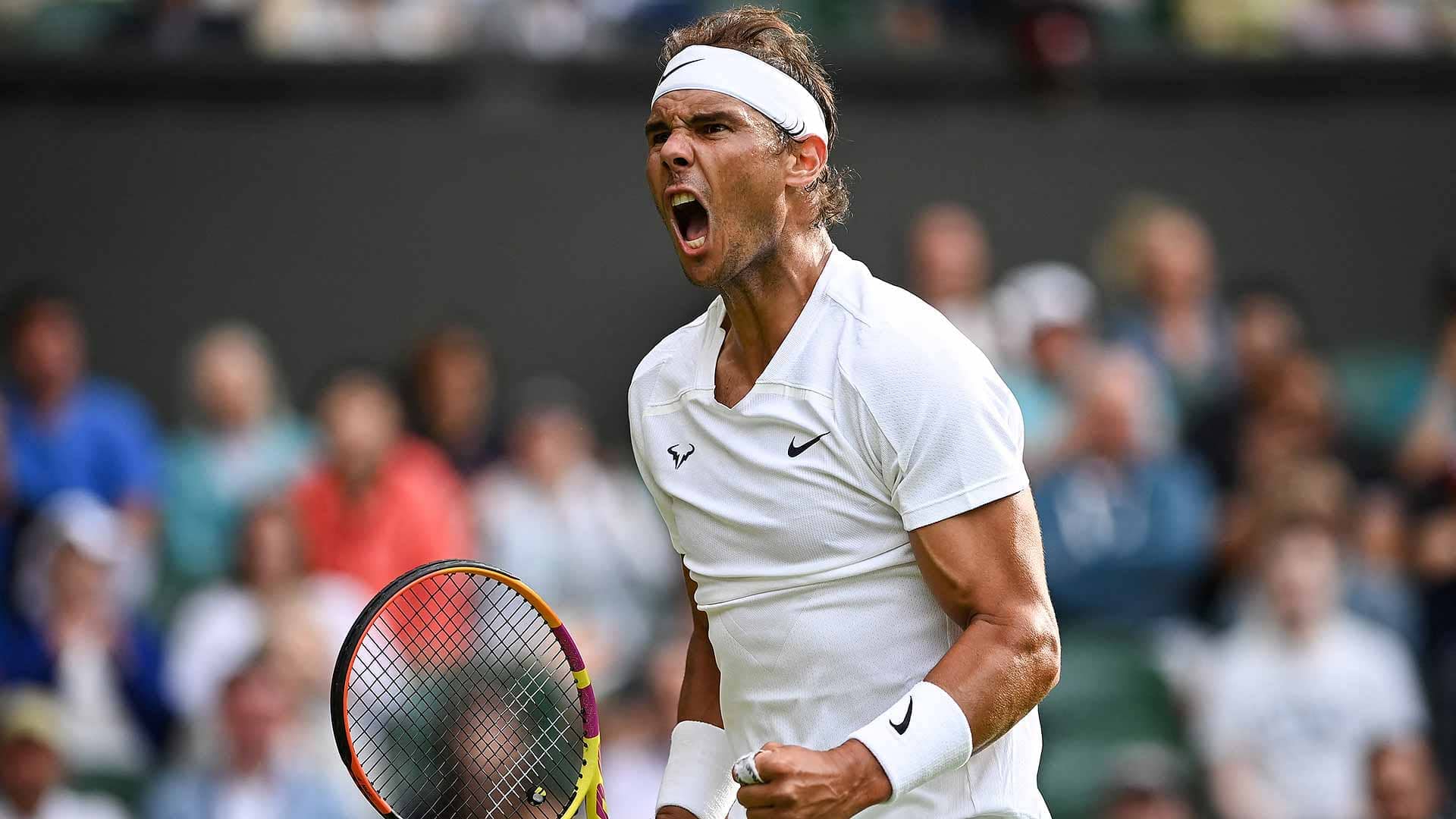 Photo Credit: GLYN KIRK/AFP via Getty Images
It is no surprise that Nadal wanted to compete at The All England Lawn Tennis Club again. The World No. 4 played in five consecutive finals at SW19 from 2006 to 2011, winning titles in 2008 and 2010.

“He had a few years when he didn’t play well on grass, but if he’s playing well, there are fewer opponents that can beat him on grass than on hard courts,” admitted Roig. “Likewise, I think he’s closer to Djokovic on this surface than on hard courts. Both are still difficult, and taking into account that he is the favourite, there is more chance of beating him here.

“There is no choice but to be aggressive at certain times, and that helps him. Against Federer he was too conservative last time, in 2019. I told him ‘If Federer hits four flat backhands at you in a row we won’t win, but if you make him cut the ball... you have a chance of winning.”

Nadal has now started out on that road to victory, opening with a hard-fought four-set win over Argentine Cerundolo on Tuesday.

For that reason, Nadal is now focused on reaffirming his muscle memory for the surface, which will help him when the moment of truth arrives.

“There’s a long way to go, but it will come from match situations,” offered Roig. “For example, hitting the ball softly and trusting that it will do what you want. Choosing which kind of shots you can attack. Having better touch and making the points as short as possible. Turning to the right and being able to play to the opponent’s backhand. A little bit of everything, but I’m sure he will gradually fine-tune it all.”