"Roland Garros is "the" tournament. When you're a French guy, you want to win it. You dream of winning such a tournament," Herbert said. "We were more thinking about the singles tournament. But winning the doubles title, it's as important. And winning at home, there is nothing better in terms of feelings."

Herbert and Mahut join Henri Leconte/Yannick Noah (1984) and Julien Benneteau/Edouard Roger-Vasselin (2014), saving six of seven break points in their one-hour, 40-minute victory. The duo is the first French team to win three or more major titles together in the Open Era. Herbert and Mahut, who also won the 2015 US Open and 2016 Wimbledon, defeated the ATP Doubles Race To London leaders for the third time in as many FedEx ATP Head2Head meetings.

Five years ago, Mahut, partnering Michael Llodra, led Bob Bryan and Mike Bryan 4/2 in a third-set tie-break in the Roland Garros final, but fell short. That made this victory even sweeter.

"It had been really painful in 2013, because I thought it was my only chance of winning Roland Garros. Thanks to Pierre-Hugues, we are here five years after. I'm smiling, and I can tell you there is a real difference between losing in the finals and winning a final," Mahut said. "We are in front of you trying to explain what we are feeling, but it's almost too late. The emotion is difficult to tell. What we lived, we won the match point, and the two, three minutes afterwards, when we try to explain it, it's already too late. It's almost indescribable. It's just utter happiness." 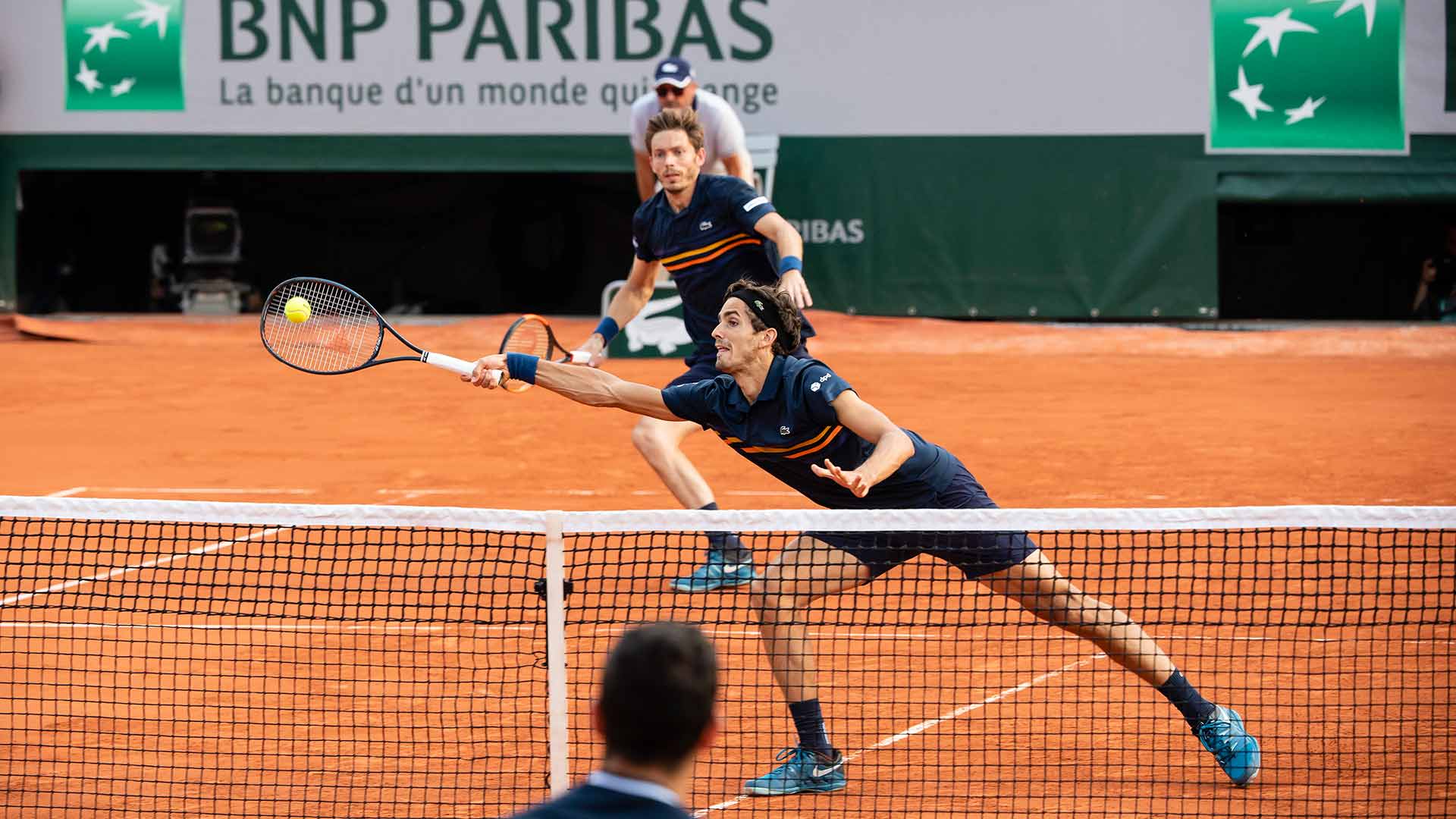 It is their 12th tour-level doubles triumph together — Herbert has been victorious 13 times and Mahut has lifted 22 trophies. As a result of triumphing with Herbert, Mahut, on his 18th attempt, broke Mark Woodforde’s Open Era record for most Roland Garros appearances (14) before lifting the title.

The sixth-seeded Frenchmen started brightly in front of a partisan crowd on Court Philippe-Chatrier, securing a one-set lead after 43 minutes with breaks in the first and seventh games of the match. Both teams held serve with relative ease in the opening six games of the second set, before the Herbert and Mahut moved 4-3 ahead after a double fault from Marach.

But, two games from victory, nerves kicked in for the the French duo. Mahut held two game points to secure a 5-3 lead, but couldn't take advantage as Marach and Pavic capitalised on a Herbert error at net. Three games later, at 5-6, Herbert and Mahut were forced to save four set points, with a mix of strong serving and pressure at net, before reaching a tie-break.

The Frenchmen started strongly, securing three mini-breaks in their first four return points with aggressive play, before converting their first championship point with a well-timed serve-and-volley play by Herbert.

More than anything else, the pair was thrilled to capture the glory in front of the French fans.

"It was a beautiful surprise playing on the central court. I don't know if it was almost full or what, but we had a feeling that they were really present," Mahut said. "We were hearing "Allez les Bleus" and "La Marseillaise" at the end. These are things I will never forget."

Did You Know?
Pierre-Hugues Herbert and Nicolas Mahut ended Oliver Marach and Mate Pavic's 17-match campaign-starting winning streak. Marach and Pavic won titles at the Qatar ExxonMobil Open, the ASB Classic and the Australian Open, before falling to the French duo in the ABN Amro World Tennis Tournament final.