Court Philippe-Chatrier is the place to be on a stacked Tuesday that will see World No. 1 Novak Djokovic and 13-time champion Rafael Nadal hit the court in back-to-back matches to start their Roland Garros campaigns.

Before the tournament, Nadal told press that he is ‘not worried’ about landing in Djokovic’s half of the draw, a result of being seeded third behind Daniil Medvedev. That means Nadal and Djokovic, who have contested three championship matches in Paris, including as recently as last year, could meet in the semi-finals.

You May Also Like: Paris Power Play: Nadal's 'Halo Effect'

Nadal will indeed have a long way to go before having to worry about that potential second-week clash, as he starts against the ‘dangerous’ Alexei Popyrin in the first round. The 21-year-old Aussie has shot up the FedEx ATP Rankings in 2021, peaking at career-high World No. 61 after claiming his maiden tour-level title in Singapore.

“He's young, he has the power. He has big shots. As always, I need to be ready for it,” Nadal said. “I need to keep practising the next couple of days [to] try to be in the best shape possible for the beginning. I know every round is tough and I [always] respect every opponent. I respected everyone since the beginning of my career, and Popyrin is a dangerous one. So I need to play well and I'm looking forward to trying to make that happen.”

Nadal, who owns a 100-2 record at Roland Garros, has played his way into form during the clay-court season after capturing titles at the Barcelona Open Banc Sabadell and the Internazionali BNL d'Italia in Rome. The winner of Nadal and Popyrin will face French opposition in the second round: either wild card Hugo Gaston or veteran Richard Gasquet.

Can You Pass Rafa's RG Challenge?

Top seed Djokovic hits the court next to headline the new night session on Chatrier, which was outfitted with floodlights in 2020 for the first time.

“I know there's a buildup potentially for that matchup [against Nadal] in the semis,” Djokovic said before the tournament. “There are a lot of obstacles to overcome for both of us. If we get there, of course I know what expects [of] me and I know what I need to do.”

The first obstacle for Djokovic will be Tennys Sandgren. The American's reaction to the draw could be summed up in one succinct tweet, with the 'F' meme signifying condolences after a tragic event:

But Sandgren knows what it takes to take down top players on the big stages, evidenced by his runs to the 2018 and 2020 Australian Open quarter-finals. In 2018, he defeated Stan Wawrinka and Dominic Thiem, while in 2020 he took down Matteo Berrettini and held seven match points against Roger Federer.

Djokovic arrived in Paris in high spirits after delighting Serbian fans by winning his 83rd tour-level title at the Belgrade Open, where he also enjoyed spending quality time with his family in his hometown. The World No. 1 owns a 20-3 record on the season, including a record-extending ninth Australian Open title and a run to the Internazionali BNL d’Italia final (l. Nadal).

The 2016 champion, who also landed in the same quarter of the draw as 2009 champion Federer, owns a 3-0 lead in the ATP Head2Head against No. 66-ranked Sandgren. Sandgren famously took a set off him at the US Open in 2018, but they will be meeting on clay for the first time. Frenchman Lucas Pouille or experienced clay-courter Pablo Cuevas awaits the winner. 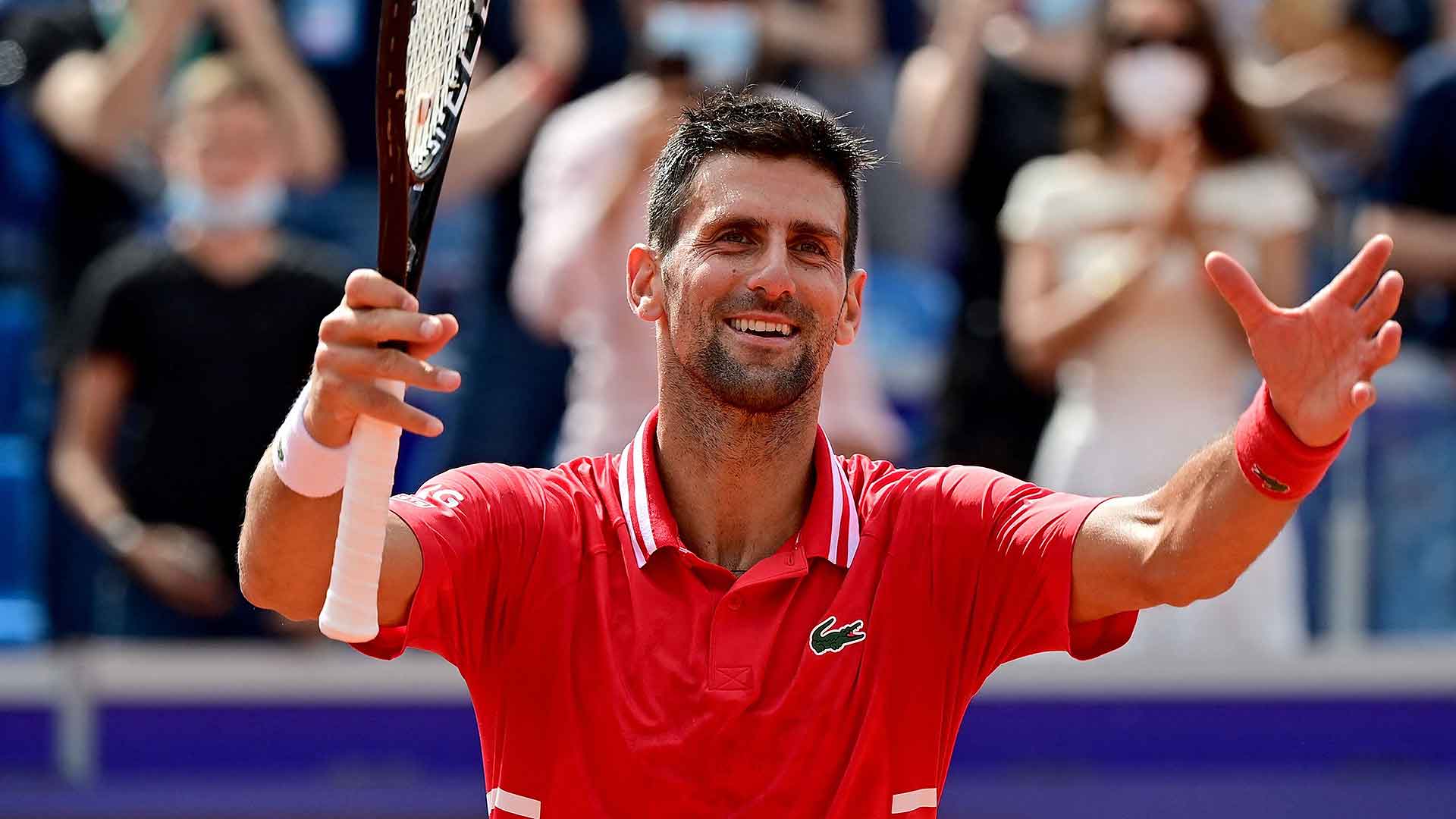 Around the grounds, there will be plenty more seeds in action on Tuesday as seventh seed Andrey Rublev is set to return to action for the first time since the Rome quarter-finals (l. Sonego). He will take on Jan-Lennard Struff, whom he defeated in the first round in Rome to improve to 2-1 in their ATP Head2Head, on Court 14. Frenchman Gael Monfils, the 14th seed, will start on Court Suzanne-Lenglen against Albert Ramos-Vinolas, who owns 17 clay-court wins on the season – more than Nadal (14) and Stefanos Tsitsipas (16) coming into the tournament.

Ninth seed Berrettini, 10th seed Diego Schwartzman and #NextGenATP Felix Auger-Aliassime, the 20th seed, will also start their Roland Garros runs on Tuesday. Berrettini, one of 11 Italians who began in the main draw, will face qualifier Taro Daniel for the second time this year. Berrettini defeated Daniel en route to the Serbia Open title to bring their ATP Head2Head to 1-1. Schwartzman will be aiming for his first victory over Yen-Hsun Lu (trails 0-1 in their ATP Head2Head), while Auger-Aliassime will meet Andreas Seppi for the first time.

It’s not often that a first-round clash between a tournament debutant and a qualifier draws much attention, but tennis fans will want to keep an eye on Court 8 as Aslan Karatsev takes on #NextGenATP Jenson Brooksby for the first time. The 20-year-old American’s never-say-die attitude has turned heads after saving three match points to qualify for the main draw of a Grand Slam for the second time (also 2019 US Open). He will meet 24th seed Karatsev, who made a strong start to the season after posting a run to the Australian Open semi-finals and lifting his first ATP Tour trophy in Dubai.

Men’s doubles also kicks off on Tuesday, with second seeds Juan Sebastian Cabal and Robert Farah starting their Roland Garros campaign with an intriguing clash against the reunited Ken Skupski and Neal Skupski.