Rafael Nadal will pursue his 10th title at the Internazionali BNL d'Italia.

ATP Staff
This article contains:
An executive summary of what fans should know about the coming week in Rome

The Internazionali BNL d’Italia typically takes place in May, but it was rescheduled due to the COVID-19 pandemic. Players will look to quickly transition to clay after competing in New York at the Western & Southern Open and the US Open.

ATPTour.com looks at 10 things to watch at the first tour-level event on clay since the ATP Tour was suspended.

1) Rafa Returns: Rafael Nadal is set to play his first tournament since winning the Abierto Mexicano Telcel presentado por HSBC in February. The Spaniard will pursue his 10th title in Rome and his 86th tour-level trophy. Nadal will play US Open semi-finalist Pablo Carreno Busta in his opening match.

2) Djokovic In Rome: World No. 1 Novak Djokovic has won four titles at the Foro Italico, tallying a 50-9 record at the tournament. The Serbian has earned 17 victories against Top 10 opposition in Rome. He will begin his campaign against wild card Salvatore Caruso or a qualifier.

3) Chase For 36: Djokovic tied Nadal’s record of 35 Masters 1000 titles at the Western & Southern Open in New York. Both men will try to stand alone on that leaderboard by winning a 36th trophy at the elite level. They have played each other in the Internazionali BNL d’Italia final five times, with Nadal emerging victorious three times, including last year.

4) NY Stars Look To Keep Momentum: Several players who impressed in New York — at the Western & Southern Open and the US Open — are looking to make a quick start on the clay in Rome. US Open semi-finalist Carreno Busta as well as quarter-finalists Borna Coric, Alex de Minaur and Andrey Rublev will try to make a splash in Italy.

5) Stan Is Back: Three-time Grand Slam titlist Stan Wawrinka will compete at tour-level for the first time since Acapulco when he faces a qualifier or lucky loser in the Rome first round. The Swiss star played two ATP Challenger Tour events in Prague in August, winning one of them. Wawrinka has enjoyed success in Rome. He reached the final in 2008, losing against Djokovic.

6) Canadians On Clay: Canadians made history at the US Open, with Denis Shapovalov, Felix Auger-Aliassime and Vasek Pospisil all advancing to at least the fourth round. Now Canadians will try to make their mark on clay. Former World No. 3 Milos Raonic made the 2014 Rome semi-finals, Shapovalov advanced to the third round at the Foro Italico on his tournament debut two years ago and Auger-Aliassime reached his first two ATP Tour finals last year on clay. 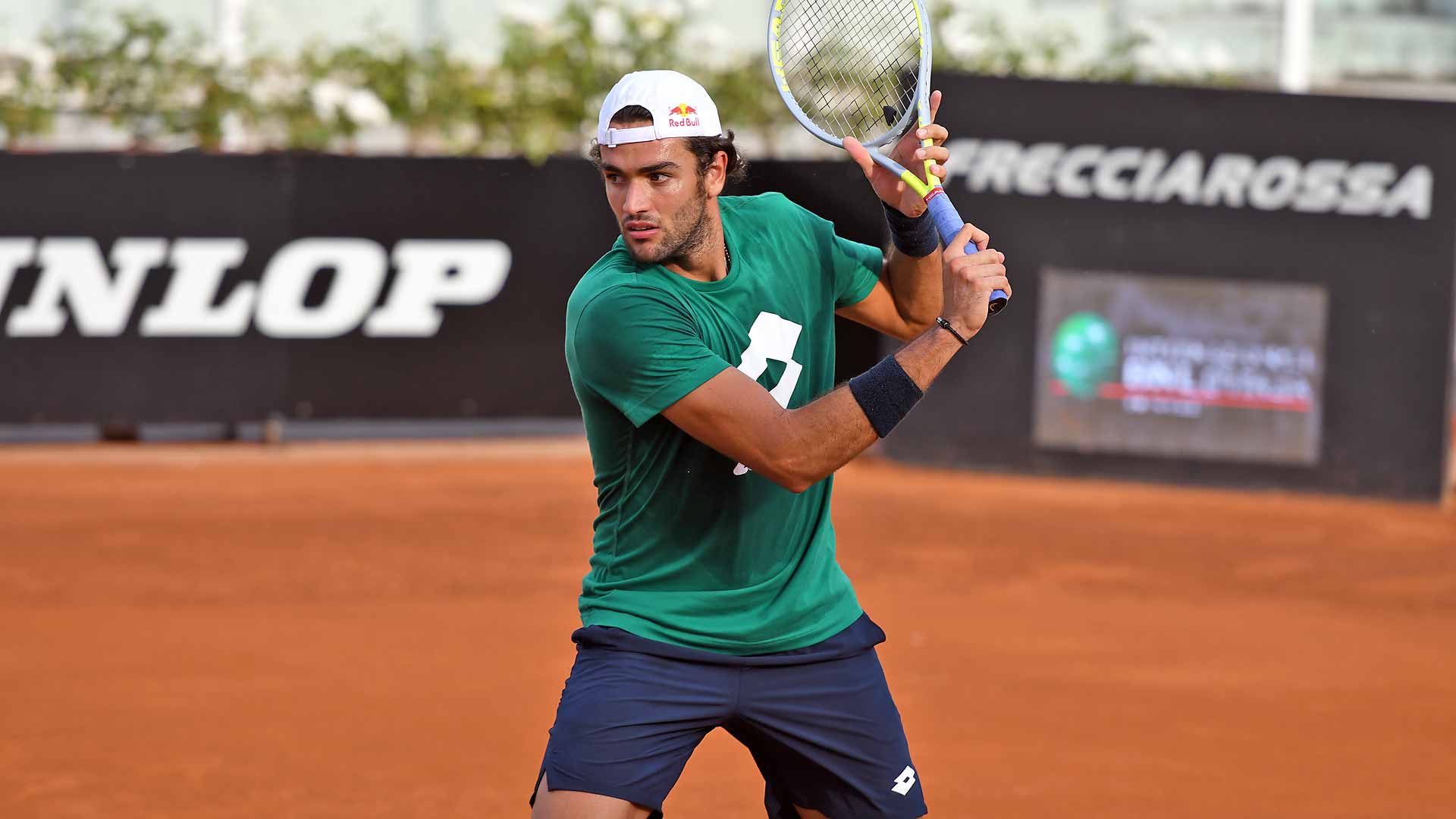 Photo Credit: FIT
7) Italian Chase: Could this be the first Internazionali BNL d’Italia won by an Italian since Adriano Panatta in 1976? Fourth seed Matteo Berrettini, the 2019 Nitto ATP Finals competitor, leads the home charge. Another Italian, Fabio Fognini, has done well at this level, winning last year’s Rolex Monte-Carlo Masters. This is Fognini’s second tournament since the ATP Tour was suspended (also Kitzbühel).

9) Wild Cards: The three other wild cards went to Italians: Caruso, Gianluca Mager and Lorenzo Sonego. Caruso reached the third round of the US Open, Mager upset Dominic Thiem en route to this year’s Rio Open presented by Claro, and Sonego was a quarter-finalist at last year’s Rolex Monte-Carlo Masters.