Stefano Travaglia reaches the quarter-finals of the Rome Garden Open.

Six years is a long time in any sport, but for Stefano Travaglia it has been a period of doubt, rebuilding and sacrifice.

Back in 2011, Travaglia suffered a career-threatening accident, when he fell down a flight of stairs. In an attempt to halt his fall, the Italian reached out with his right arm, but crashed through a pane of glass. For a right-hander on the court, this was particularly disastrous, as the glass sliced between his wrist and elbow. As a result, he suffered nerve and tendon damage, losing feeling in three fingers. This prompted nine months of agonizing recovery and rehabilitation.

Despite the severity of his injury, the 25 year old was undeterred and has slowly but surely re-established himself in the upper echelons of professional tennis, rising to a career-high No. 165 in the Emirates ATP Rankings.

Travaglia credits the foundations of his impressive comeback to his family and parents, who introduced him to tennis, but also to the nurturing environment at the Fabio Gorietti's academy in Foligno, Italy, where #NextGenATP prospect Gianluigi Quinzi also trains. 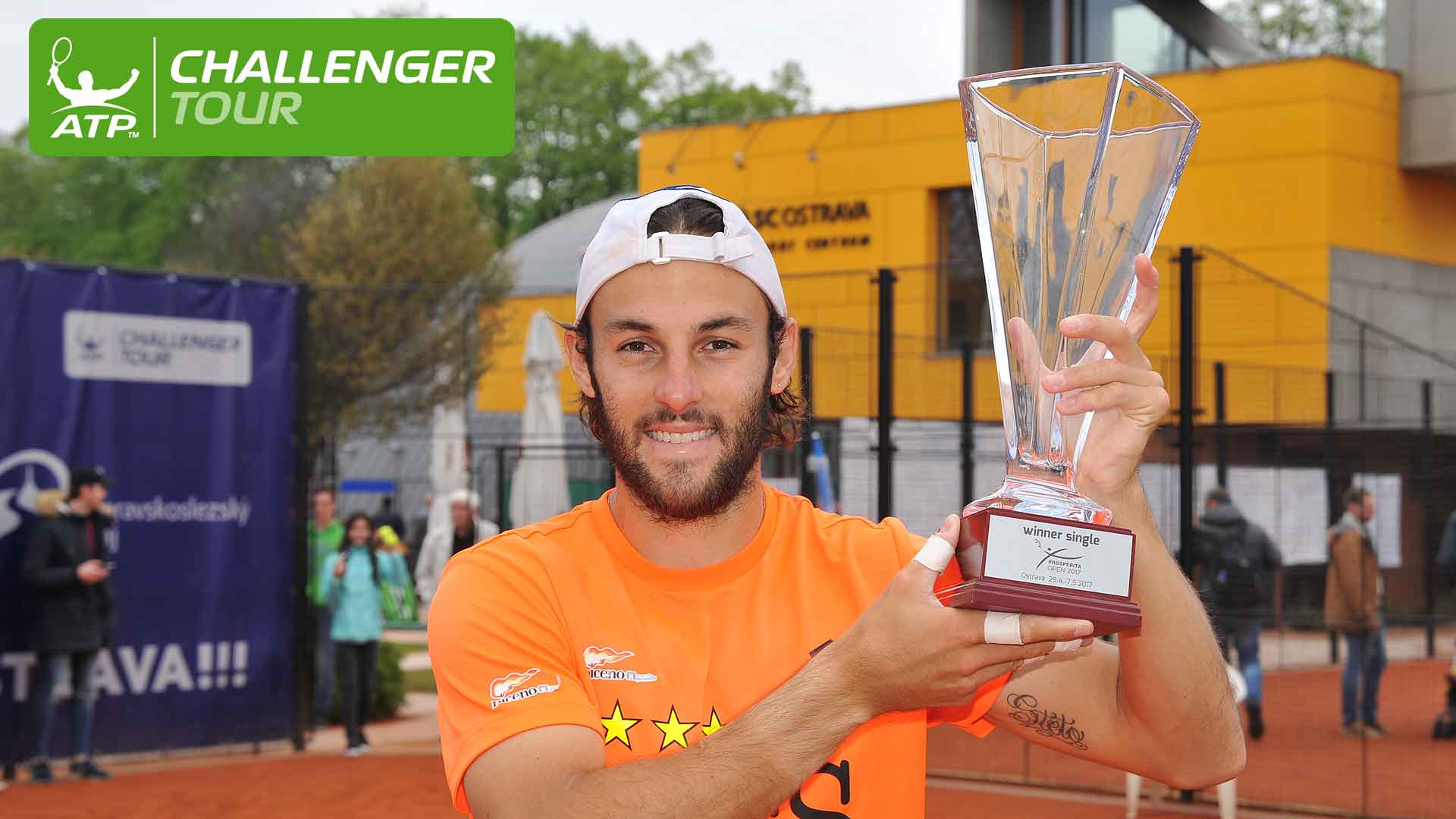 “All the people who were close to me; from my family, my girlfriend Maria, the staff in Foligno, they all helped, they always believed in me, especially in difficult moments after stopping for nine months,” reflected Travaglia. “Both their structure and their experience helped. In life there are times of difficulty that create friendships and build solid and lasting relationships.

“It has been a long journey. I played my first ITF Futures event in 2007 with the goal of gaining experience and reaching the Challengers. I suffered several injuries that have interrupted my career, but now my [Emirates ATP] Ranking allows me to play Challengers often and I am very happy.”

Travaglia hopes to look back on May 2017 as a turning point in his career. The Italian won his maiden ATP Challenger Tour title last week (d. Cecchinato) at the €64,000 event in Ostrava, Czech Republic, to move into the Top 200 of the Emirates ATP Rankings for the first time. The 25 year old has built on that momentum with a quarter-final showing at the Rome Garden Open (l. Maden).

“The conditions were not easy in Ostrava and it was raining a lot,”said Travaglia. “I always managed to keep a high level and stay focused. From the quarter-finals, I got more confident and I managed to win the tournament. This is the latest result that has given me a boost to do better and better. It can be a turning point in my career if I can handle the emotions with these experiences.”

Travaglia has had to build a relentless work ethic, but knows when to push hard and when to recuperate, in order to protect his body.

You May Also Like: Sandgren Strikes Hot Streak To Rule In Savannah

“Surely in tennis recovery is part of the training,” added the Italian. “You have to rest after many weeks of tournaments. The season is 11 long months and you have to take the right weeks off to rest and recharge the batteries and start again in the next tournament. Often you play three-week stretches like in China and America, so you need the right mix of workout, matches, then physical and mental recovery. Our life as professional tennis players is made of sacrifice, sweat and the drive to succeed.”

His sole ATP World Tour main draw appearance was in Rome 2014 as a qualifier, when he pushed countryman Simone Bolelli to a third set tie-break in the first round. Travaglia would relish a move towards the Top 100 and a chance to play at the highest level.

“Of course, all the players with some experience in international competitions have the first goal of entering the Top 100,” admitted Travaglia. “We hope during the season to achieve this goal. If I get close to it, it is still a good result.”