ATP Staff
This article contains:
Rooney was at SW19 when Murray won Wimbledon title in 2013

Editor's Note: ATPTour.com is resurfacing features to bring fans closer to their favourite players during the current suspension in tournament play. This story was originally published on 28 July 2018..

It’s not often that you find two iconic athletes from different sports on the same court. But on Friday, British stars Andy Murray and Wayne Rooney met at the Citi Open for a short hit and game of football-tennis.

“He’s obviously had an incredible career, one of the best players ever in English football history,” said Murray, whose grandfather played for Scotland’s Hibernian F.C. “It’s nice to finally meet him. I’ve never met him before, so it’s very cool.”

Rooney, the leading goal-scorer in England National Team and Manchester United history, currently plays for local club D.C. United of Major League Soccer, so he couldn’t pass up an opportunity to meet Murray. The football legend was in the stands when the Scot captured his first Wimbledon title in 2013 to end Great Britain’s 77-year wait for a home champion. 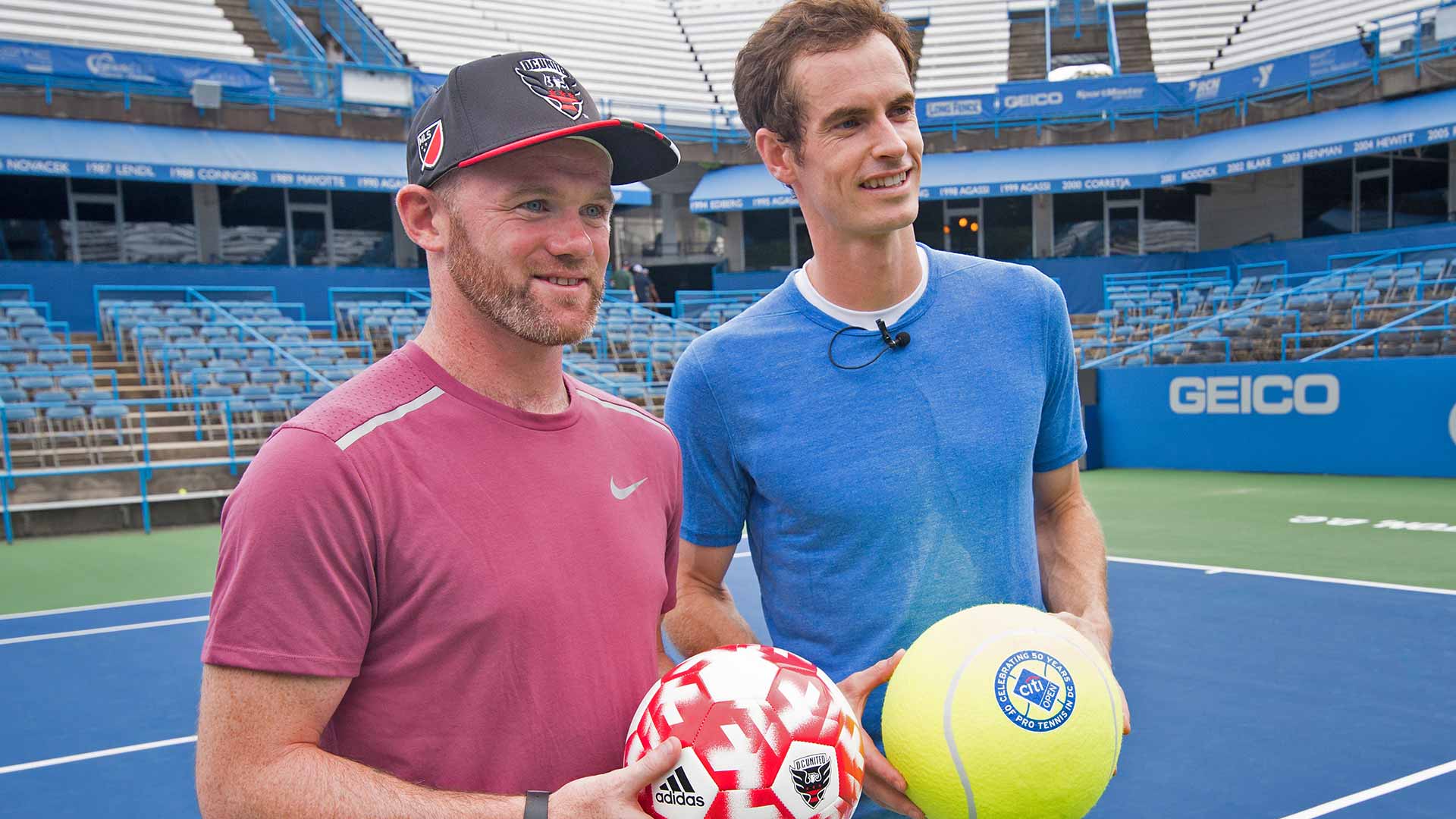 “It was incredible, a real achievement, and [Novak] Djokovic at the time looked unbeatable, so it was a great victory and a great experience to be there,” Rooney said. “It was the first time I was at Wimbledon, and [it was] history for Britain, so it was a fantastic moment to be there.”

Murray, who was joined by brother Jamie Murray — the fourth seed in the doubles draw with Bruno Soares at the Citi Open — on Stadium Court, grew up playing football and follows the Premier League as he travels the world. Rooney hasn’t been able to pick up a tennis racquet much, but he says he loves watching the sport. His game was put to the test when the pair rallied, and Murray hit some serves to the football star. 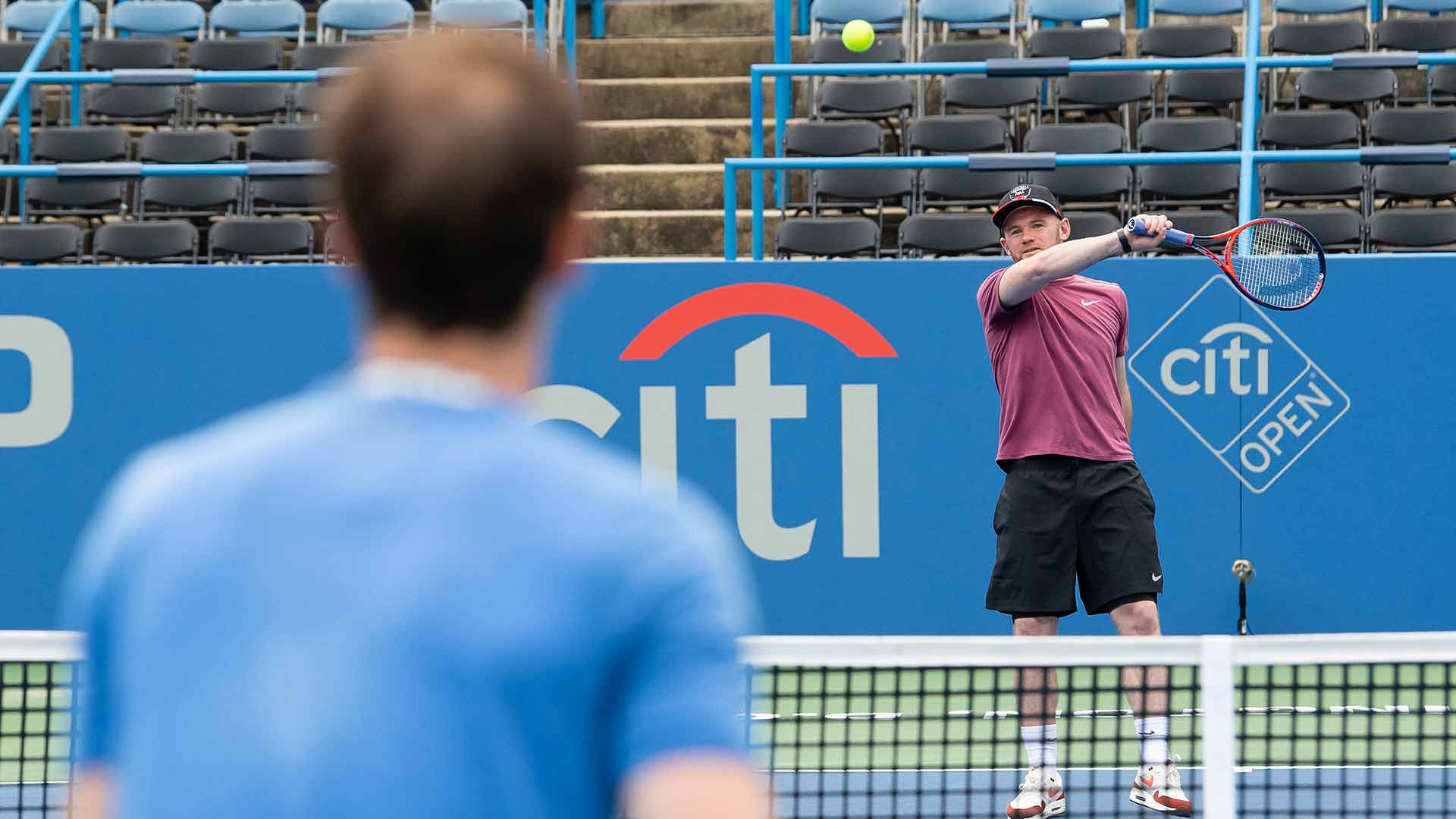 “It was decent. Forehand was alright, he almost returned a couple serves. But yeah, not bad. Backhand needs a bit of work,” Murray joked. “He did alright for someone who doesn’t play much. It was good.”

Murray will now turn his attention to the ATP World Tour 500-level tournament in Washington D.C. The 31-year-old will face American Mackenzie McDonald in the first round, and could face compatriot and fourth seed Kyle Edmund in a second-round blockbuster. 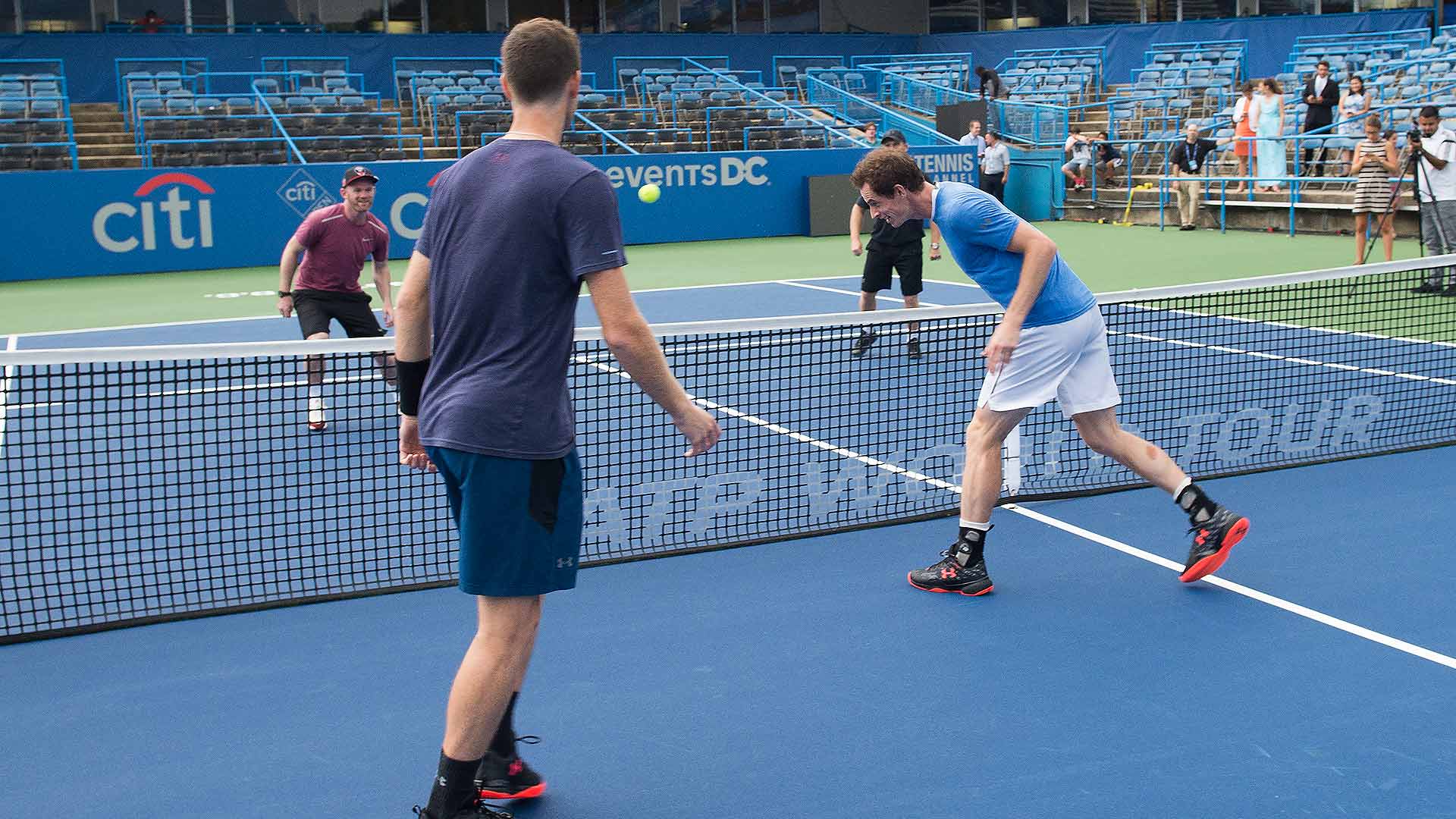