After the last match between Marton Fucsovics and Andrey Rublev, Fucsovics told the Russian he didn't want to play him again this year. On Monday, we saw why.

Rublev defeated the in-form Hungarian 6-2, 6-1 in 52 minutes to reach the Round of 16 at the Miami Open presented by Itau. The fourth seed leads the ATP Tour with 18 victories this season.

"We always have really tough matches," Rublev said. "I think it was all the details. I was playing really well plus, I think that he played [his] second round [for] three hours against Thanasi Kokkinakis at night, [which] helped me a lot, because they finished really late.

"At night the conditions are way different. It's super slow, it's not that hot. It's so tough to hit winners there. Everything is much slower."

This was the pair’s third ATP Head2Head meeting of the month, and Rublev won them all in straight sets. This clash, however, was the most lopsided in the 23-year-old’s favour. Rublev was on fire to such an extent that the World No. 40 was left in disbelief during the last game. The Russian even cracked a laugh as he walked to the net, knowing he had played a flawless match.

Fucsovics started well, holding serve to begin the match and gaining a quick 0/15 advantage on his opponent’s serve. But Rublev made a tough forehand passing shot look easy, hooking a winner crosscourt, and from there the Russian train got rolling.

Rublev attacked his opponent’s forehand in key moments, and the 29th seed conceded three of his five breaks with errors on the back foot from that wing. The eight-time ATP Tour titlist was at his ruthless best, too, earning another break with a crushed backhand return winner.

Fucsovics was trying to secure his second Top 10 win — the first came against Daniil Medvedev at Roland Garros last year — but fell to 1-17 against the elite group. The 29-year-old is still enjoying the best season of his career, as he began the week at seventh in the FedEx ATP Race To Turin.

Rublev's next opponent, Marin Cilic produced a clinical performance earlier in the day to reach the Round of 16.

The 32-year-old earned a single break in each set to defeat #NextGenATP Italian Lorenzo Musetti 6-3, 6-4 in 75 minutes. Cilic is through to the Round of 16 in Miami for the fourth time. The 2014 US Open champion achieved his best result at this ATP Masters 1000 event in 2013, when he reached the semi-finals (l. to Murray).

“[It was] my third match in a row on the same court and I just got used to the conditions," said Cilic. "I felt quite good on the ball today and I returned well. I felt that I put a lot of returns back in comparison to the first two matches. It was a very good performance and definitely something motivating for the next matches.” 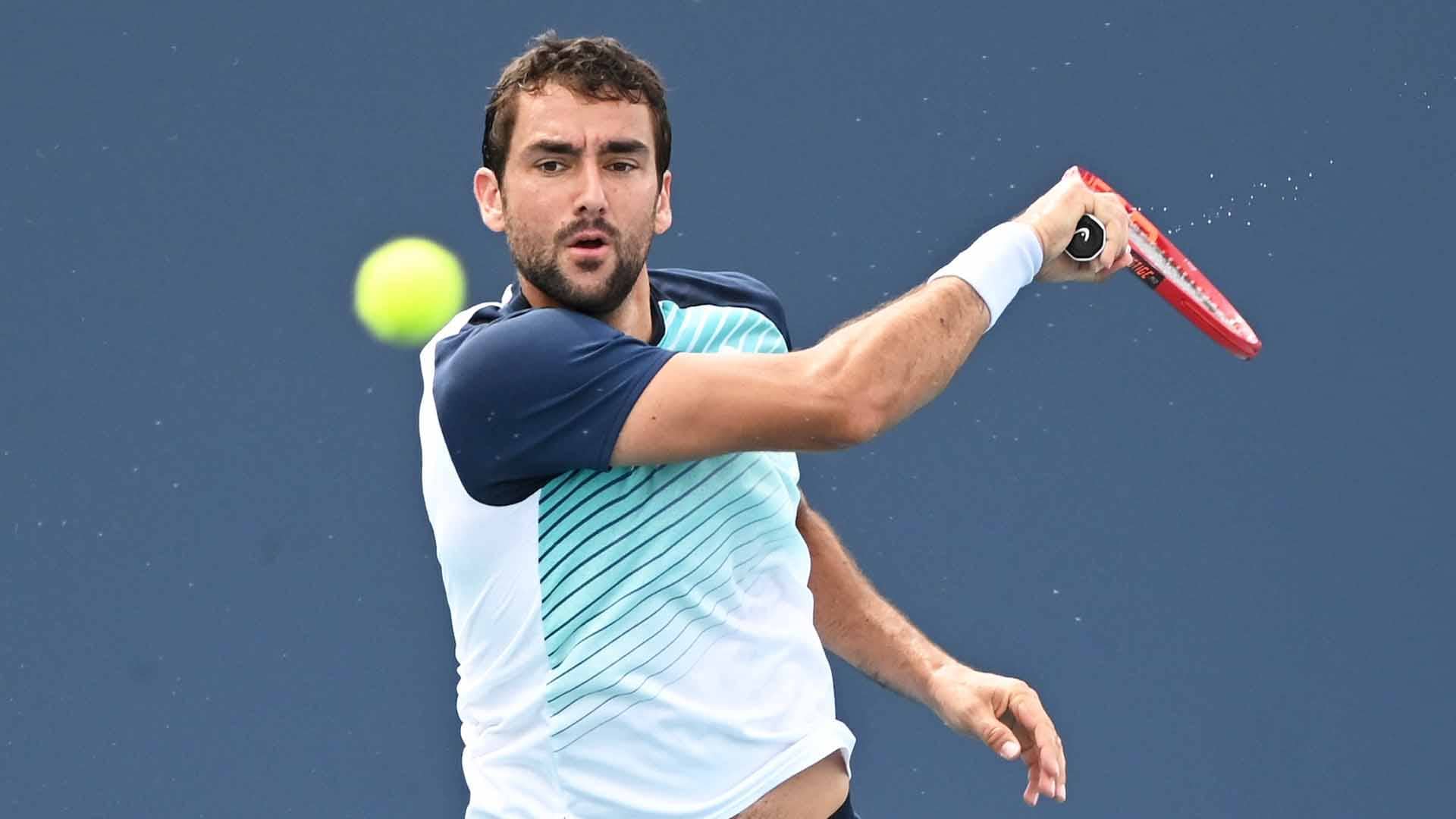 This marks the first time that Cilic has claimed three consecutive wins since last year’s Australian Open. The World No. 45 survived three-set battles against Federico Coria and 13th seed Cristian Garin to book his first ATP Head2Head meeting against Musetti.

Musetti was making his second appearance at a Masters 1000 tournament. The 19-year-old, who is the youngest player in the Top 100 of the FedEx ATP Rankings, claimed straight-sets wins against Michael Mmoh and 23rd seed Benoit Paire in Miami. Musetti also reached the third round on his Masters 1000 debut in Rome last year.

Rublev leads has a 2-1 ATP Head2Head series lead against Cilic, with the Croatian’s only triumph coming in 2015, when Rublev was only 17. They met at this event in 2019, with the Russian triumphing in straight sets.

"It's going to be a really tough match, because we played a [few] times and all of them were really tough," Rublev said. "He serves really well. He doesn't give you rhythm from [the] baseline, because he tries to go for the shots.

"I need to bring a good level, and I need to be the one who is going to dictate [play]."

Did You Know?
This is the first time Rublev has advanced to the fourth round at the Miami Open presented by Itau. Two years ago, he reached the third round as a qualifier.