Russian will next face Tsitsipas

Andrey Rublev completed another memorable comeback on Monday to reach the quarter-finals at Roland Garros for the first time.

This is the second time Rublev has made a major recovery at this tournament. The Moscow native, who entered the event with a 0-1 tournament record, rallied from two sets down for the first time in his career to beat Sam Querrey in the first round.

Rublev is through to his second straight Grand Slam quarter-final, following his run to the last eight at the US Open in September. The Russian is enjoying the best season of his career in 2020, highlighted by title runs in Doha, Adelaide and Hamburg.

“I feel great with my performances for the past couple of weeks, in general with my season. I'm really grateful… It's a nice feeling to be able to win that many matches in a row,” said Rublev. 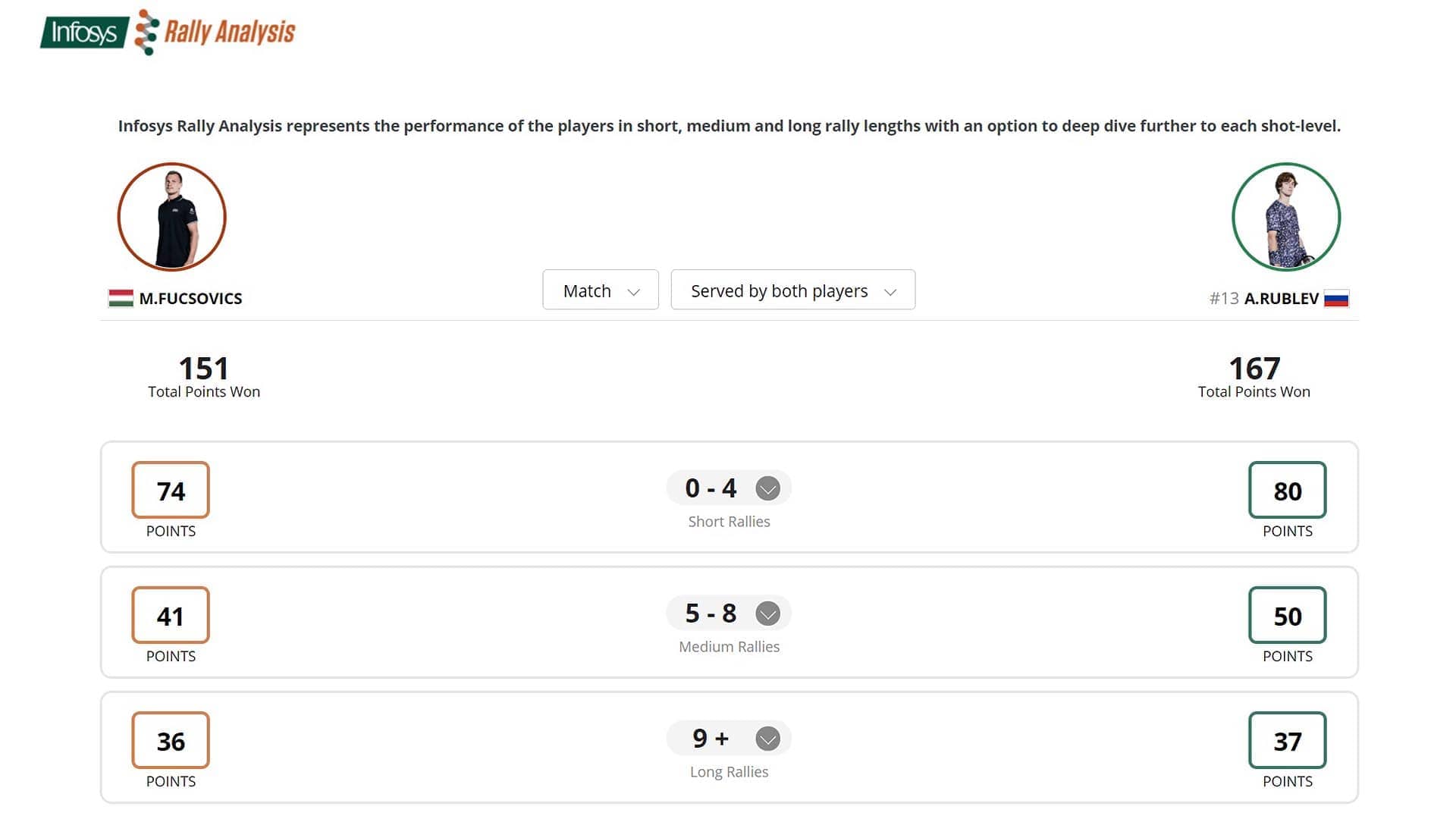 Rublev will face Stefanos Tsitsipas for a place in the semi-finals. The 22-year-old leads Tsitsipas 2-0 in their ATP Head2Head series, which includes a three-set win in the Hamburg final eight days ago.

Fucsovics was aiming to become the first Hungarian man to reach a Grand Slam quarter-final in 39 years. The 28-year-old earned his first Top 5 victory against Daniil Medvedev in the first round and also beat Albert Ramos-Vinolas and Thiago Monteiro en route to his third Grand Slam Round of 16 appearance.

Fucsovics varied the pace on his backhand to open the match with a break. Despite failing to close the set on serve at 5-4, the Hungarian found a winning strategy in the tie-break. Fucsovics earned a one-set lead with a series of powerful forehands and showed great touch to finish points at the net.

The 2018 Geneva champion continued to display his impressive net skills and fired multiple forehand winners to increase his advantage early in the second set. But Rublev recovered from 2-5 down to win five straight games and level the match. The Russian consistently attacked Fucsovics’ backhand to turn the set in his favour and closed the set with an angled crosscourt backhand.

Rublev was also forced to recover from a break down in the third set. From 1-3 down, the Russian capitalised on forehand errors and attacked the backhand to earn three consecutive breaks. Rublev moved one set from victory with an ace down the T.

The key moment of the fourth set came when Rublev saved three consecutive set points at 4-5, 0/40. Fucsovics hit two backhand errors and Rublev finished at the net, before holding serve to reach 5-5. In the tie-break, Rublev played with aggression on his forehand and moved up the court to shorten points. The Hamburg champion converted his second match point with a forehand drive volley.

“I expected a match exactly like this,” said Rublev. “I didn’t know who was going to win, but I expected it was going to be a really tough match for me to win… I am really happy that, in the end, I won today.”