Andrey Rublev has won his past three ATP Head2Head clashes against Dominic Thiem.

After Banner Year, Rublev Targets ‘Much Improvement’ In 2021

Russian finishes season on high with victory over Thiem

Andrey Rublev came into his final Nitto ATP Finals match against Dominic Thiem with nothing to lose but with plenty to gain, including 200 FedEx ATP Rankings points, $153,000 and the potential for a sweet ending to what’s been a breakout year for him.

Thiem had already won Group London 2020 and Rublev had already been eliminated by virtue of his 0-2 start. With the pressure off, Rublev, 23, was able to capture the form that earned him five titles and his first Nitto ATP Finals appearance this season, beating the Austrian 6-2, 7-5 in 74 minutes at The O2.

After the match, an upbeat Rublev told reporters that he was more than pleased with his excellent 41-10 season.

“I’m grateful for everything that’s happened to me,” said Rublev, who fired 11 aces in the match and won 65 per cent of his second-serve points. “I won more tournaments in this year than I’ve won in my life.” 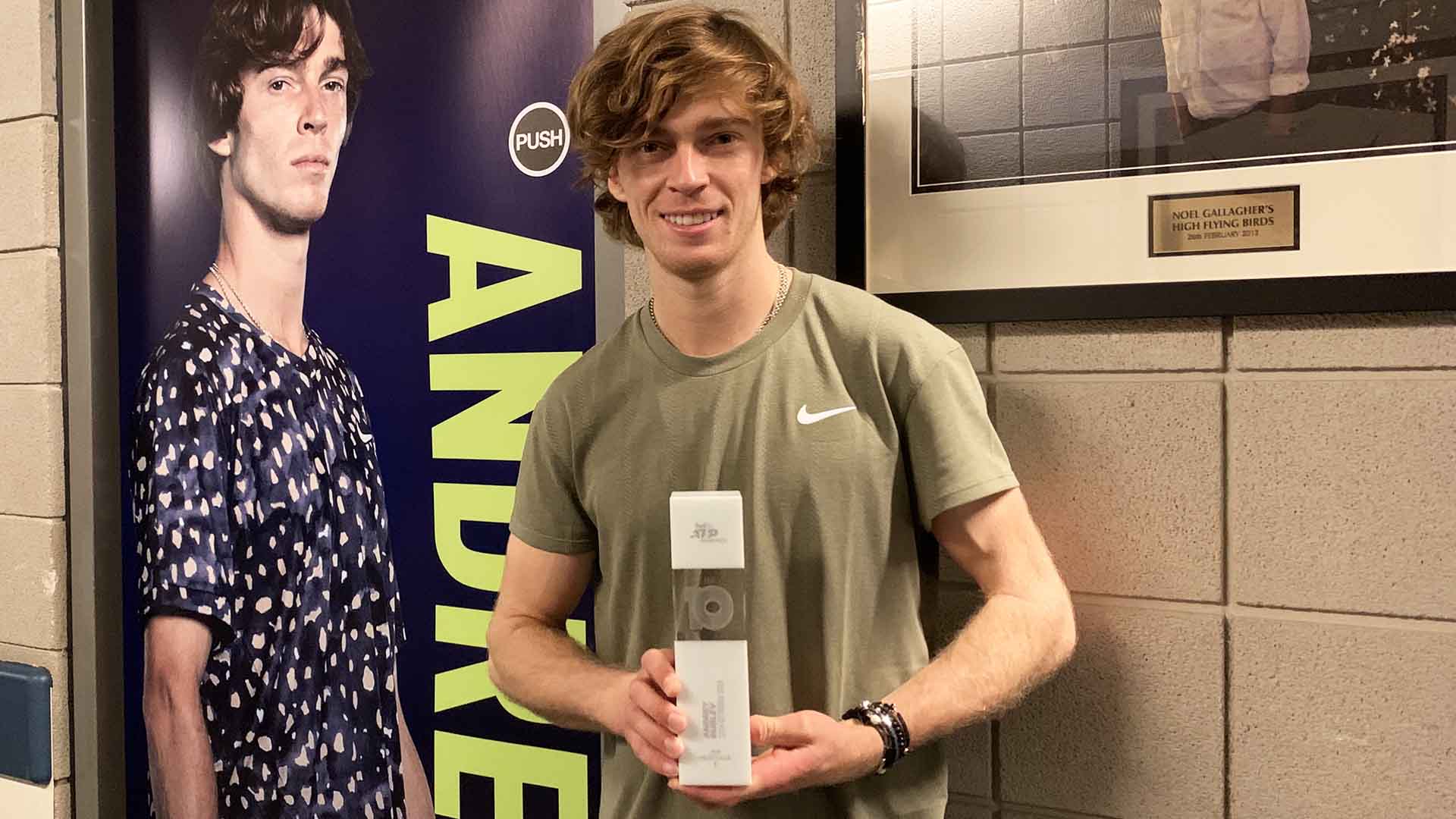 Andrey Rublev was presented with his ATP Top 10 trophy at the Nitto ATP Finals after breaking into the Top 10 of the FedEx ATP Rankings for the first time on 12 October.

The Moscow-native, who is No. 8 in the FedEx ATP Rankings, said that he’s only going to rest for one week with his family, before heading back to the practice courts.

“There are still so many things I can improve,” he said. “That’s the main goal in the off-season. Now I’m really motivated to improve the main parts [of my game] before we start the new season.”

Rublev said he wasn’t focused on setting goals for his ranking in 2021 or how many titles he’d win, but instead on his fitness and the mechanics of his game. He sounded very much like a young man who isn’t at all content to simply be in the Top 10, which is an ominous prospect for his peers.

“There are so many things [to improve],” he said. “Physically I still can be much faster, I still can improve my defence. Out of the Top 10 players, I’m still one of the worst in this aspect. I can improve my serve, my volleys and my returns, my slices, backhands, still even forehands, there is still space for much improvement.”