Andrey Rublev is competing in the Nitto ATP Finals for the second time.

Andrew Eichenholz
This article contains:
Russian also reflects on his time at the Nitto ATP Finals

Andrey Rublev is competing in the Nitto ATP Finals for the second time. Will he break through in Turin for the biggest title of his career?

ATPTour.com caught up with the Russian to learn what he took away from his tournament debut at the season finale, his favourite part about Italy and its food.

When you competed in the Nitto ATP Finals last year, what did you learn from that week?
The best part was the matches. With Rafael Nadal, I learned many things and the rest of [the time] I was doing well. I was a bit unlucky with Stefanos [Tsitsipas]. We had a crazy match. I had a match point and I was serving. Then I won against Dominic [Thiem], so in the end it was still good.

It was a great experience with great matches. I hope this year is going to be with a full crowd because last year that was the only thing missing: to feel that atmosphere with spectators.

You have been in Italy before with a crowd when you played the Intesa Sanpaolo Next Gen ATP Finals. What was the Italian crowd like?
I remember they were supporting me really well. I think even on my Instagram I have a lot of spectators from Italy following me. One of the top countries is Italy, maybe the second or third, so I hope I am welcome there! I remember during the Next Gen ATP Finals there were a lot of people supporting me, so it was an amazing feeling to be there and to play there. 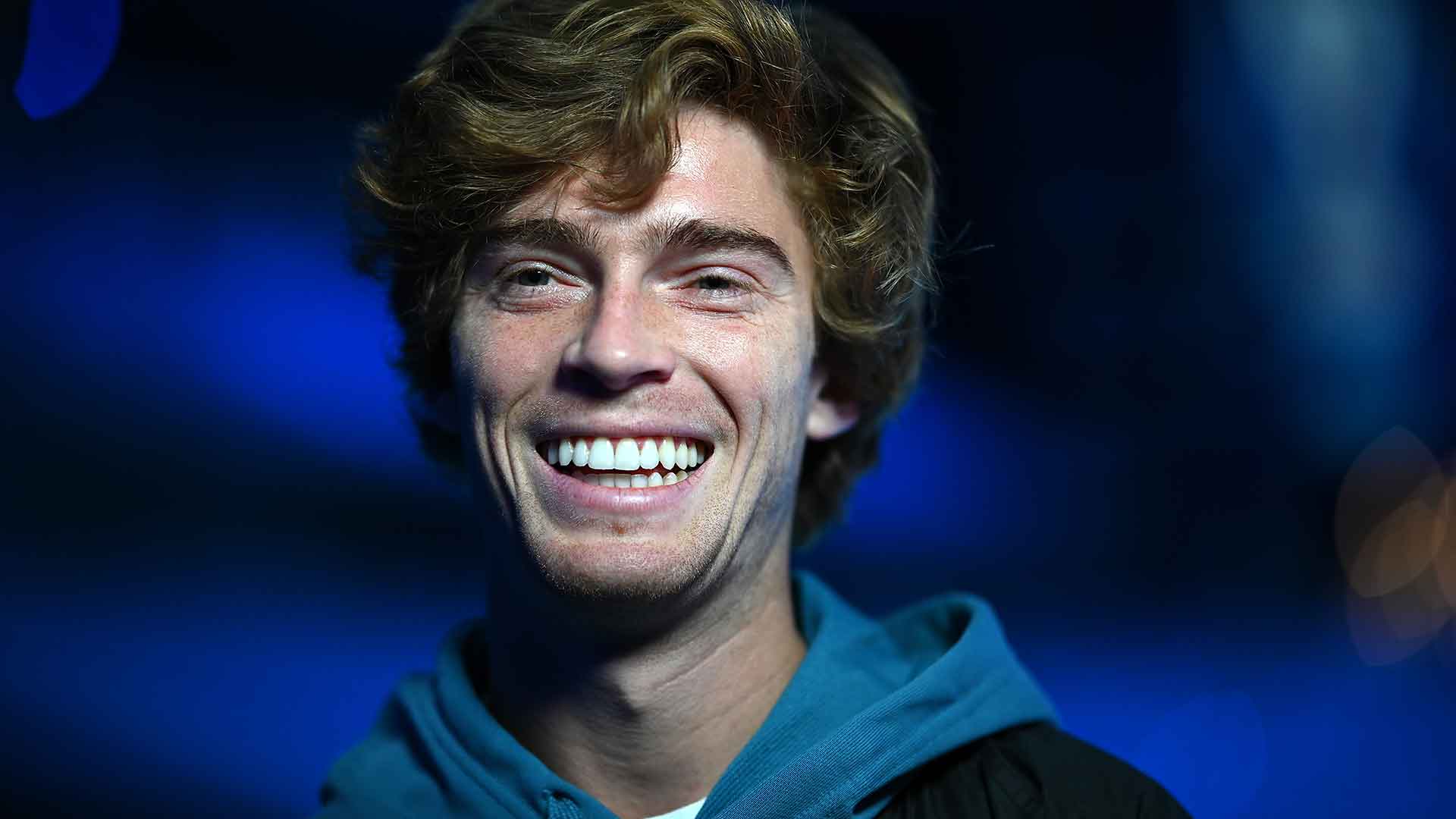 Photo Credit: Corinne Dubreuil/ATP Tour
What are your favourite memories of Italy as a country?
Of course it is the food. It is no secret that the food there is amazing. I remember even when I used to play Challengers and I would go to a city. I don’t remember the name. You would be in Venice and had to go by train for three more hours to a village. It doesn’t matter to the place you go, the food is 10 points. You can go to any place you see on the road. You see one little café with two chairs and the food is going to be amazing.

The history of Italy is unreal. It is something I grew up learning a lot about in school, the history of Italy and Rome, the city’s history with all the things to see. I haven’t gone inside, but I’ve gone around The Colosseum. The past two years we played Rome it was the pandemic, so we weren’t allowed to go outside. I’ve been to the fountains there. I was maybe 15, so I wasn’t as interested at that age.

I eat everything, all different kinds of cuisine. It doesn’t matter. I eat everything. But if you take the average of what I eat most during the year, I think it’s Japanese.

How do you like the format that if you lose the first match, you can still come back?
I think it is really good. With eight players, it makes the event for sure more interesting. You do not know what is going to happen. It is the right thing to do with the eight players.

Do you remember any matches from the Nitto ATP Finals that you watched when growing up?
I watched some matches between Federer and Djokovic. I watched the final in 2016 live. I watched Murray against Djokovic when Murray beat Djokovic to become No. 1 in the world. I watched that live during ATP University and I was really impressed by Andy.