Can anyone stop Andrey Rublev’s incredible run of form?

The red-hot Russian beat Lorenzo Sonego 6-4, 6-4 on Sunday after one hour and 19 minutes to win the Erste Bank Open, lifting his ATP Tour-leading fifth title of the season. The 23-year-old is now tied with World No. 1 Novak Djokovic atop the 2020 match wins leaderboard with 39.

"This tournament is really special for me because my grandma was also Austrian, so I have Austrian blood," Rublev said during the trophy ceremony. "It's a really special title for me."

With the Vienna title, Rublev has qualified for the Nitto ATP Finals for the first time. There is only one singles spot remaining at the season finale, to be held at The O2 in London from 15-22 November.

This was the second title of the year Rublev earned without losing a set (Doha). Perhaps even more impressively, the Russian did not get broken in 38 service games. The last player to lift a trophy without dropping serve was Alex de Minaur in Atlanta last year (42 service games).

Sonego had only been broken twice entering the final, but Rublev wasted little time making the Italian pay for a short sloppy patch. At 2-2 in the opening set, the lucky loser made back-to-back uncharacteristic forehand errors to give Rublev the break, and the fifth seed never looked back.

Rublev saved two break points when serving for the opening set, staving off one of those chances with a daring second serve. Sonego battled hard in the second set, continuously trying to pump himself up and going after his shots to keep Rublev from running away with the victory. But a critical crosscourt backhand error at 4-4 did in the World No. 42.

"Today was not so easy because Rublev has confidence," Sonego said. "This is his fifth final in one year. This is amazing. For me, it's only the first.

"I think [it is] his mentality [that is most impressive]. It's really hard [to play against him]. He plays all the points and he wants to win every match. He's so strong... he serves so good and it's impossible to break him. And he [also] returns so good. Those are two very important things." 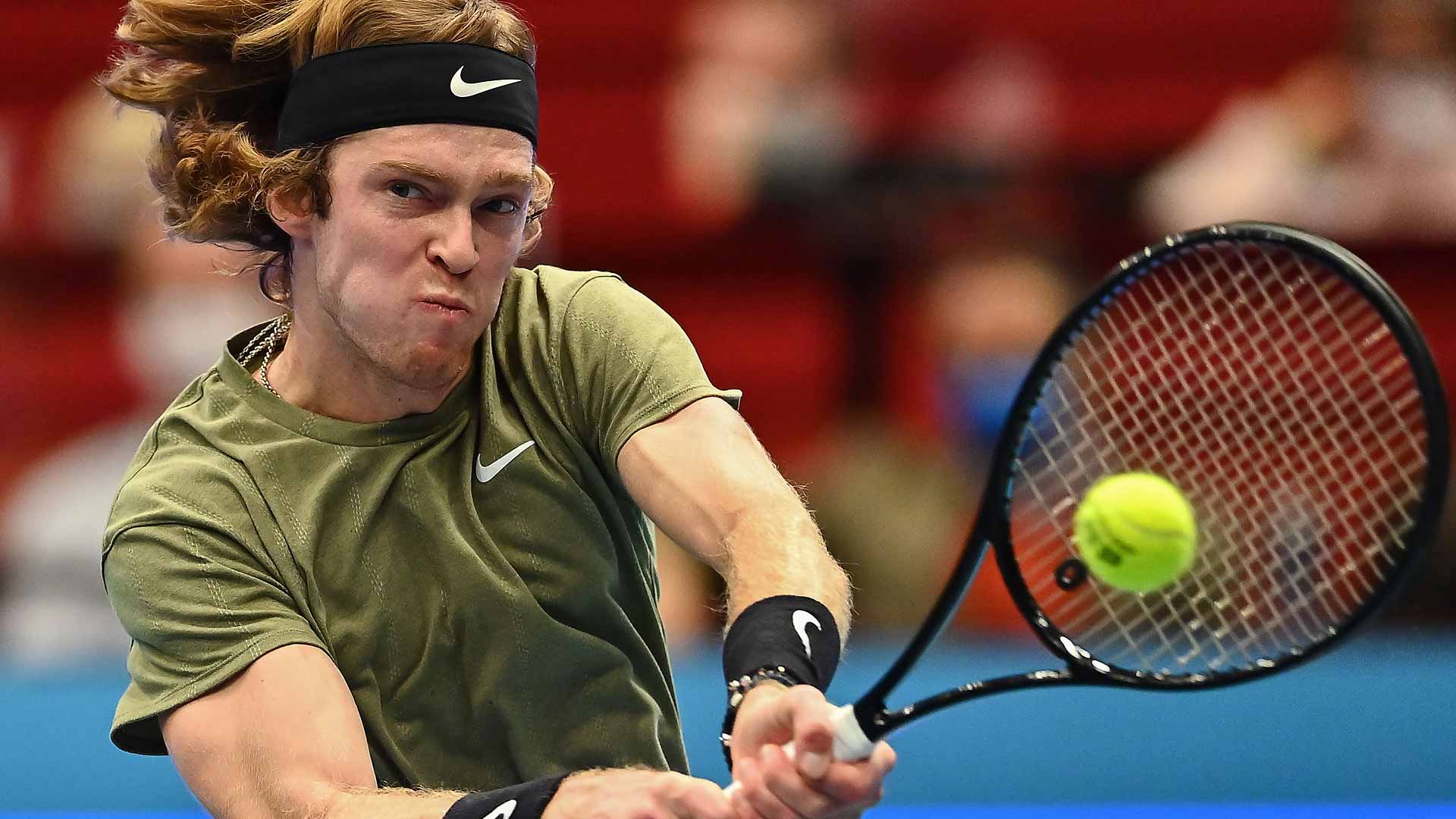 Photo Credit: AFP/Getty Images
Rublev has won 19 of his past 20 matches and owns a 15-match winning streak at ATP 500s. Since the ATP Tour restarted in August, he has triumphed in Hamburg, St. Petersburg and now Vienna. The champion leaves Austria with 500 FedEx ATP Ranking points and €105,240.

Sonego had a dream week, despite falling short of the trophy. The lucky loser, who replaced Diego Schwartzman in the draw, earned the biggest win of his career in the quarter-finals against Djokovic and backed it up with an impressive victory against tricky Brit Daniel Evans in the last four. The Italian earned 300 points and €85,000.

"This was one of the best tournaments of this year. It was an amazing final for me," Sonego said. "I like Vienna and thank you for all the support."

Did You Know?
Rublev is the first Russian to win five ATP Tour titles in the season since Nikolay Davydenko in 2009. Davydenko played 23 tournaments that year, finishing it off by lifting the trophy at the Nitto ATP Finals. The Erste Bank Open was Rublev’s 12th tournament of 2020.