Christopher Rungkat travelled with the Ratiwatana brothers from the age of 17.

His name is Christopher Rungkat, but everybody calls him The Bandit.

For Rungkat, it must have felt like he was on Redemption Road when he and partner Andre Goransson lifted the trophy at the Tata Open Maharashtra in Pune. The very long and endless doubt-filled journey was finally over. The promise of a doubles prodigy finally redeemed. Rungkat’s doubles skills and ability to get the best out of any player he partners have for years often been compared to those of Leander Paes. Yet, despite all the ITF Futures titles, Davis Cup wins, Asian Games and SEA Games gold medals, Rungkat had yet to make his mark on the ATP Tour.

“I remember back in 2007 at the ATP event at Queen’s Club when Mahesh Bhupathi told me that talent means nothing until you back it up with ATP trophies,” said Rungkat. “I was still a junior then and a hitting partner for Tour players. His words hurt my feelings a bit as I had just won the French Open Junior Doubles. I never forgot what Mahesh said either.”

I first met Indonesia’s Christopher Rungkat when he was a 17-year-old promising junior player ranked in the ITF Top 10 of singles. At the time, I was on the ATP Tour with the Ratiwatana brothers of Thailand. It was agreed by the Indonesian Tennis Association that Rungkat would travel with us full-time as a hitting partner for the twins and at the same time he would play select ITF Junior events and the Grand Slams.

That year, he practised and warmed up many top players at ATP Tour events while also winning the French Open Junior Doubles with Henri Kontinen. It was during that time that he earned his nickname: The Bandit.

Players that Rungkat played with and against started commenting on how at least once or twice a match he was able to snatch a point away from his opponent just as all looked lost. Rungkat had the uncanny ability to come up with some incredible pick-up or cheeky poach at the most crucial times in a match. For this unique talent, his peers gave him his nickname. The name has stuck. 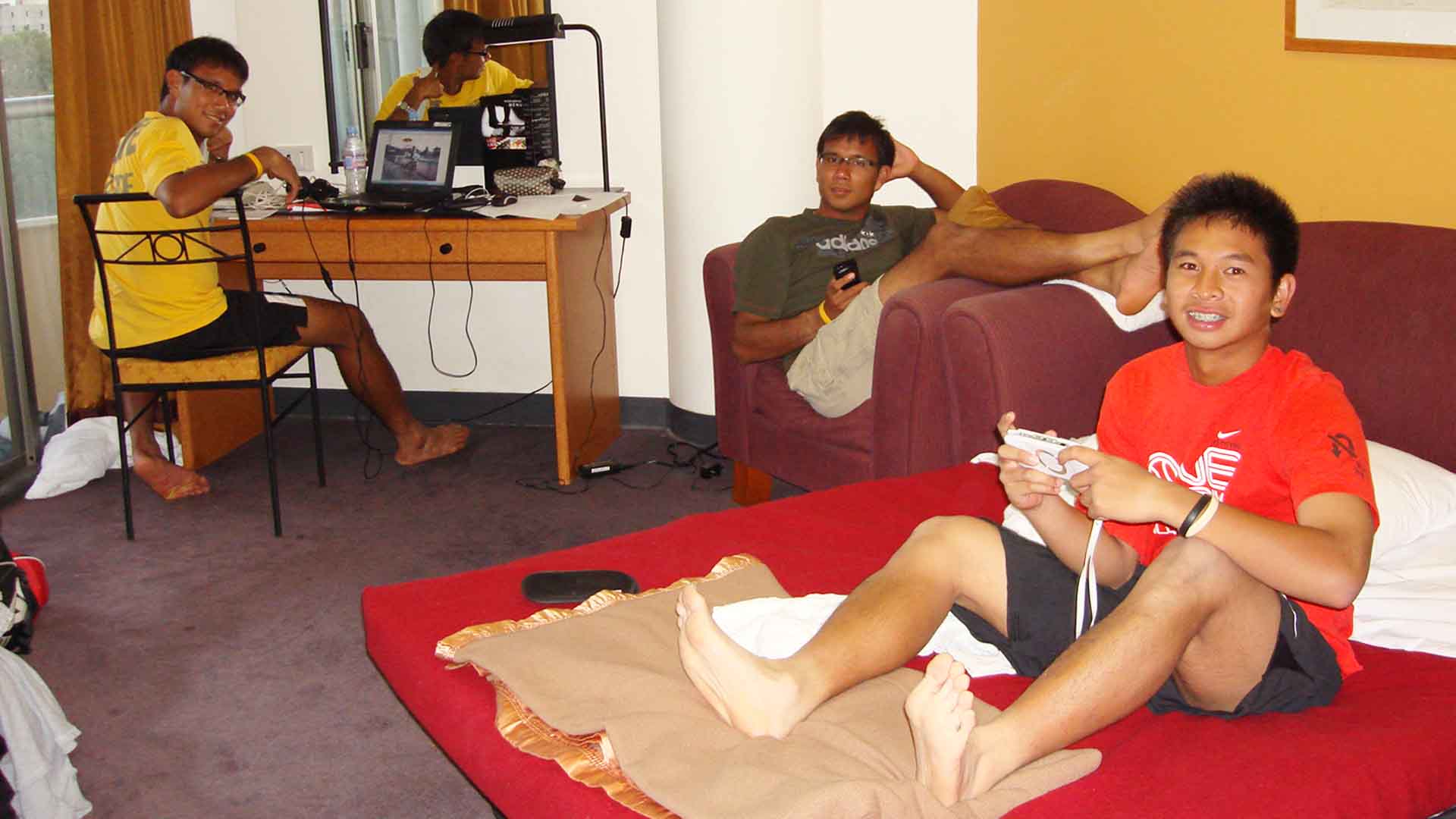 Since he was a 17-year-old junior, Rungkat has been his country’s No. 1 singles and doubles player. That was both a blessing and a curse. Being No. 1 in a country of nearly 300 million people has certain benefits when it comes to media and support. However, on the developmental side, not having an active older player to show the road ahead — where the dangers and pitfalls are located — is a detriment.

“I give so much credit to Sonchat Ratiwatana and Sanchai Ratiwatana for teaching me not only how to play doubles, but also how to be a professional,” said Rungkat. “It was like having two big brothers who were also my coaches.”

Throughout the past 13 years, he has watched many of his former partners go on to have success on the ATP Tour while he seemed to be stuck at the lower levels. It hurt and after bouts with injuries and lost sponsorships, he considered quitting tennis more than once. But he was able to channel the pain and frustration into a greater commitment to his craft.

The hard work started to pay off in 2018 and 2019 with ATP Challenger titles alongside Jeevan Nedunchezhiyan, Sanchai Ratiwatana and Cheng-Peng Hsieh. Despite reaching a career-high ATP Tour doubles ranking of No. 68 in June last year, the second half of 2019 was cruel as Rungkat and partner Cheng-Peng Hsieh lost nine consecutive first-round matches. He failed to defend his FedEx ATP Doubles Rankings points from 2018 and fell outside the Top 100.

“I made some life changes,” said Rungkat. “The emotional rollercoaster was taking a toll on me. I could not sleep and the frustration was maddening. I decided to change my priorities. I put God first, starting a family second and tennis third. Before, it was tennis first, second and third.

”Since I made those changes, I have discovered an inner-peace that allows me to rest better and accept that there are some things I cannot control. I got married in January which gave my life balance and meaning. And tennis is fun again, even when I don’t win.”

For Rungkat, the long wait for an ATP Tour title is finally over. It is also validation for those select people who never waivered over the many years in their faith that one day, The Bandit’s achievements would equal his abilities.