Daniil Medvedev builds on his career-best 2019 at the ATP Cup in Sydney.

ATP Staff
This article contains:
Russians to next face Serbia or Canada

Team Russia sent a clear message to the rest of the ATP Cup field on Thursday night: Look out.

The young and powerful squad, led by two 6'6” 23-year-olds – No. 5 Daniil Medvedev and No. 17 Karen Khachanov – beat Argentina in the Final Eight in Sydney behind two more wins from their top singles players, who both improved to 4-0 in singles at the inaugural ATP Cup.

“We made our job. All the matches were won in singles, which is amazing, and I think only Spain did the same so far,” Medvedev said. “It's really great. We played great with Karen. Hopefully we can go all the way, but I'm really happy with the way ATP Cup is going for Team Russia.”

Medvedev clinched the tie victory with a gritty 6-4, 4-6, 6-3 win against Diego Schwartzman, improving to 3-0 against the 5'7" right-hander in their ATP Head2Head series. But the match wasn't without its tension.

Medvedev was given a point penalty after striking the umpire's chair with his racquet at 6-4, 3-4 and earned a lengthy chat from the usually soft spoken Marat Safin, the Russian captain, during the following changeover. And as Schwartzman ascended, the Argentines in the crowd showered him with "Olé, olé, olé, olé, Diego, Diego!"

“It was important for him to stay mentally strong, just hold on to what he can. Give the best and see what's going to come. Not to go too crazy and not to rush with the approach shots, with hitting the ball too hard,” Safin said. “You have to be smart and sometimes squeeze yourself together and maintain yourself calm and see what's going to come.”

But Medvedev refocused in the third set and broke Schwartzman in the eighth game with a whipping crosscourt backhand winner. The semi-final singles match was played on the baseline, which at times favoured Schwartzman's speed and patience to construct points. Medvedev, however, had too much power and too many angles after two hours and 22 minutes.

“It was a super tough match,” Medvedev said. “Physically, [it] was really tough. I felt like I was not getting the balls I can. I was not hitting as strong as I can usually. So it made me problems. But that I won this match is the most important, and I'm really happy about it.”

Khachanov gave Russia a 1-0 lead in the tie by beating Argentina's Guido Pella 6-2, 7-6(4). Khachanov saved five of six break points and controlled play against the left-hander. 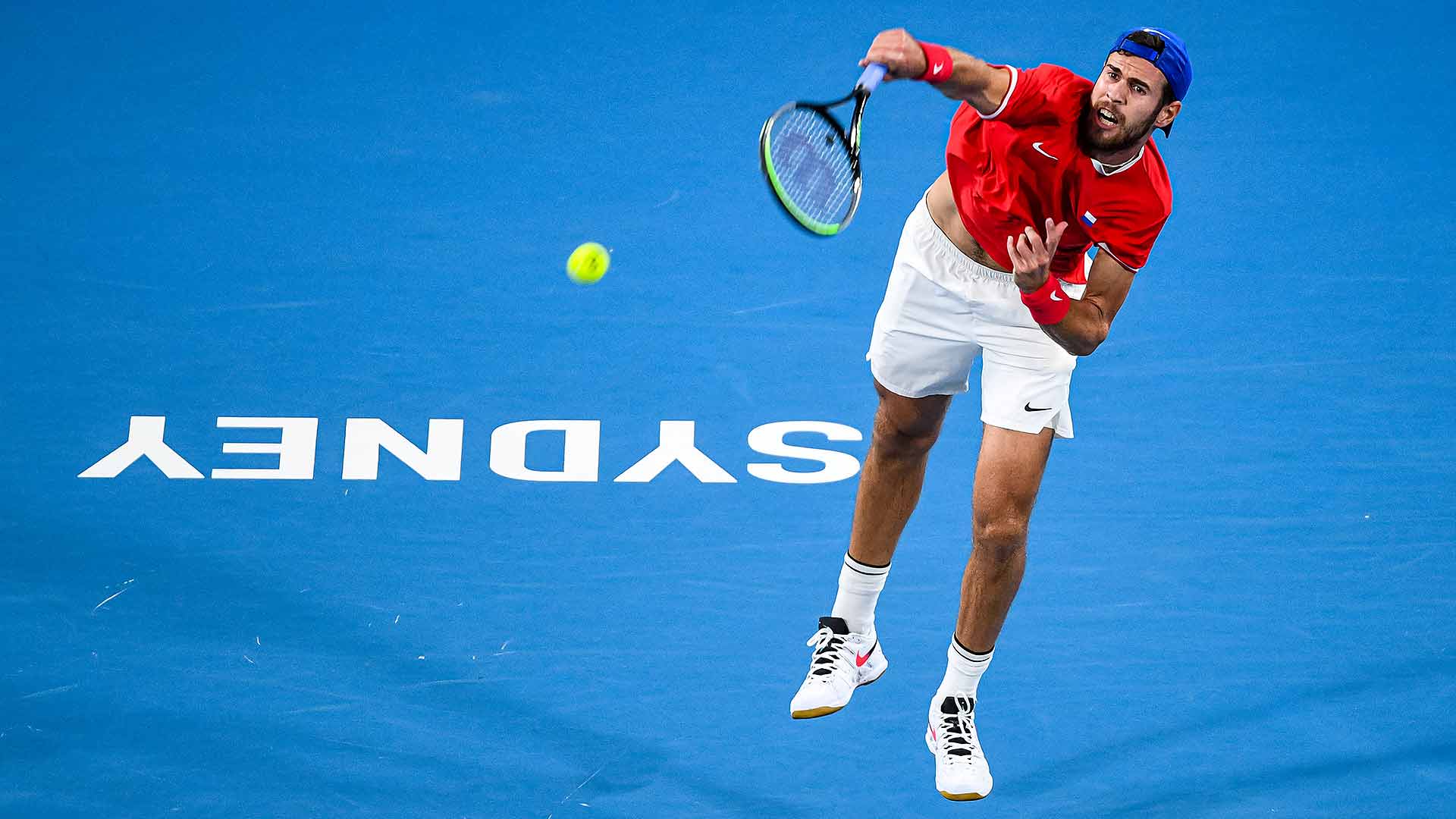 “I started to get really pumped, aggressive, and basically making the shots, not missing. That's important when you want to play aggressive. And I think that was working pretty well,” Khachanov said. “Overall, I'm really happy with my performance today.”

Khachanov raced through the opener, breaking three times and dropping only one first-serve point. Pella regrouped in the second set, but the Russian No. 2 clinched it with his sixth ace.