Rublev defeated Nishioka in No. 2 singles

Daniil Medvedev confirmed Russia’s position in the ATP Cup semi-finals on Wednesday with a 6-2, 6-4 victory against Kei Nishikori.

The World No. 4 struck 19 winners and won all six net points he played to improve to 6-1 in ATP Cup singles matches. Medvedev, who closed his 2020 campaign with back-to-back titles at the Rolex Paris Masters and Nitto ATP Finals, has won 12 straight matches on the ATP Tour.

Medvedev’s victory moved Russia to 2-0 in its tie against Japan. Earlier in the day, Rublev cruised past Yoshihito Nishioka 6-1, 6-3. Russia is through to the ATP Cup semi-finals for the second straight year.

At last year’s event, Russia entered its semi-final clash against Serbia with an unbeaten 4-0 tie record. Medvedev pushed Novak Djokovic to a third set, but fell short in his attempt to force the tie to a deciding doubles match. Russia will face the winner of Group A in Friday’s semi-finals. Two teams remain in contention for that spot: Serbia and Germany.

Medvedev achieved consistent success on Nishikori’s serve in the first set, as he created a break point in each of his four return games. The reigning Nitto ATP Finals champion rushed his opponent into errors in extended baseline rallies to establish a 4-2 lead, before Nishikori attempted to shorten points by coming to the net. That tactic proved unsuccessful, as Medvedev found his targets to place Nishikori in uncomfortable positions.

The second set proved to be far more competitive, with neither player able to reach break point in the opening eight games. But Medvedev pounced at the perfect moment to move one game from victory. The World No. 4 played with aggression and showcased great court coverage to turn rallies in his favour and claimed victory with a powerful serve out wide. 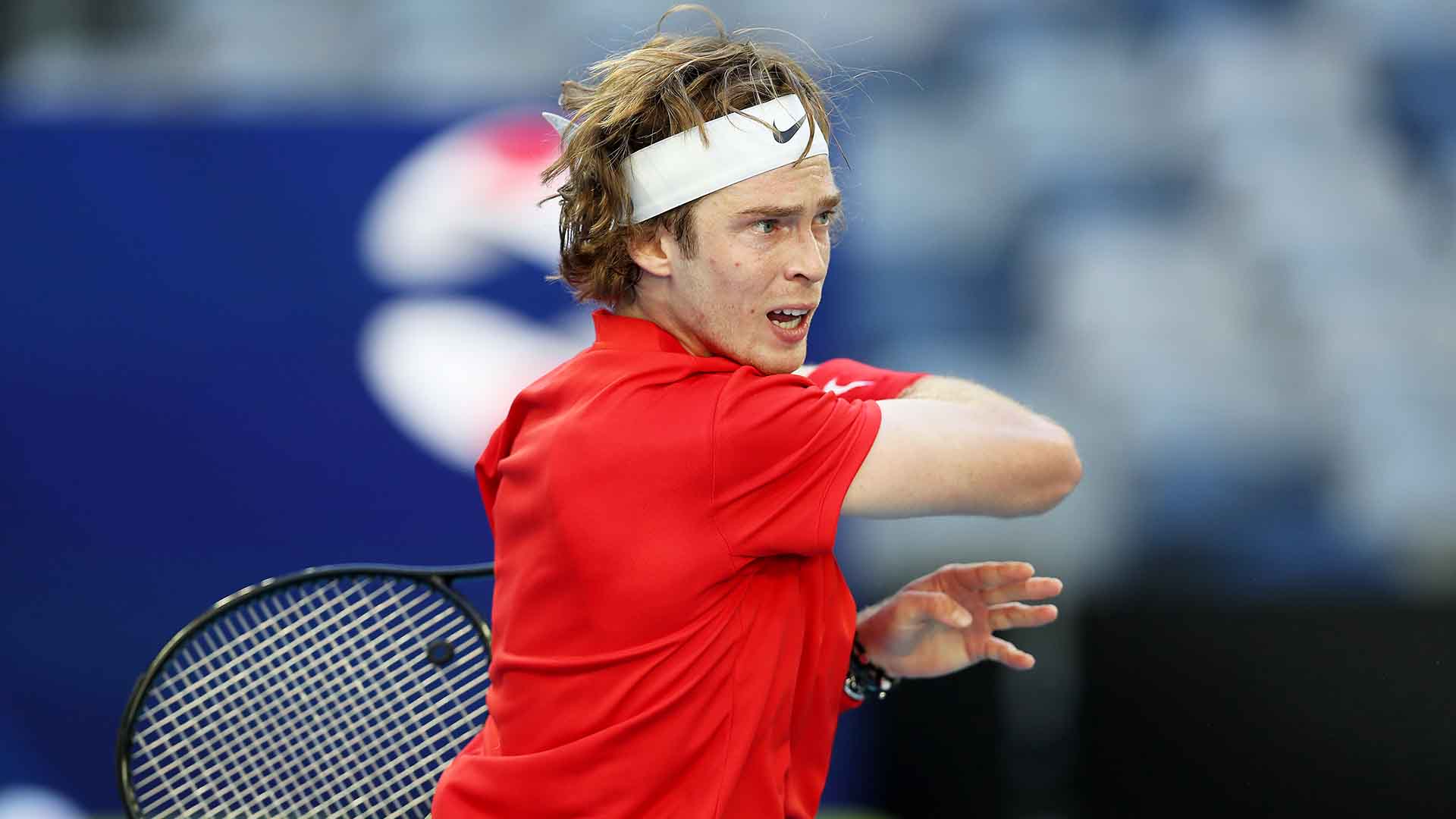 In the opening match of the tie, Rublev produced his second dominant performance in as many days to earn Russia a 1-0 tie advantage. The World No. 8 converted five of his eight break points to overcome Nishioka in 64 minutes.

Rublev has lost just seven games across his two singles encounters at this year’s event. On Tuesday, the Russian No. 2 defeated Guido Pella 6-1, 6-2 in one hour.

"I played really well today... I'm happy the way I'm playing. I'm happy that I'm feeling confident in my shots, that I'm trying to go big and in the end I feel that I will make it," said Rublev. "I was missing this feeling, I was missing competing and the first two matches went really well so we'll see what's going to happen next."

From 40/0 in the opening game of the match, Rublev dropped five consecutive points to lose his serve. It was the only mistake he made in an impressive first set. The Russian responded with six straight games, as he took the ball early and ripped multiple inside-out forehand winners.

Rublev continued to place pressure on Nishioka’s serve in the second set and he earned two further breaks to clinch his first victory in two ATP Head2Head clashes against the Japanese. Nishioka won the pair’s opening clash 6-3, 6-1 in Sydney two years ago.

Ben McLachlan and Yoshihito Nishioka denied Russia a clean sweep, as they saved match point to defeat Evgeny Donskoy and Aslan Karatsev 4-6, 6-3, 12-10. Karatsev committed a double fault at 10-9 in the match tie-break and McLachlan clinched the win two points later with a powerful body serve into Donskoy.