Casper Ruud is ready to show off the improvements in his game at the ATP Cup in Perth.

ATP Staff
This article contains:
Norwegian kicks off 2020 season at the ATP Cup in Perth

A productive off-season in Mallorca that included practice sessions with Rafael Nadal has left Casper Ruud feeling confident that he can reach even greater heights in 2020.

The 21-year-old will start the new year by leading Team Norway in the inaugural ATP Cup. They’ll face Russia, Italy and United States in Group D action in Perth.

Ruud spent two weeks in December at the Rafa Nadal Academy by Movistar, his home base since September 2018. He’s quickly climbed up the ATP Rankings since moving to Spain and said the academy’s motivating environment has helped elevate his game.

“I always felt like I’ve played with good intensity in my game and I need it to play well, but I’ve gotten that extra 10 or 20 per cent from being there,” Ruud said. “That’s the small margin that can change whether you’re No. 10 [in the ATP Rankings] or No. 60. It’s not like they’ve changed my technique, but they’ve helped with all the strokes.

“It’s motivating to have Rafa there and even Toni [Nadal] coming to the practices and pushing you a bit more. You’re surrounded by very good players.”

The decision to uproot can be difficult for some, but Ruud saw training at Nadal's academy as a clear opportunity to boost his game. His family also realised what the move to Mallorca could provide and offered to join him for support.

“I had split with my coach [in February 2018] and was training at home with my dad [former World No. 39 Christian Ruud]. It can be good, but I need to get out sometimes and train with other good players. They asked me if I wanted to try it out and Rafa is one of my biggest idols, so I didn’t see a point in saying no,” Ruud said. “My mother, younger sister and father came down. My sister also started full-time at the academy, playing every day and going to school there.”

You May Also Like: Ruuds Ready To Further Bolster Norway's Global Tennis Standing

Ruud arrived in Mallorca 15 months ago with an ATP Ranking of No. 143, but currently sits at a career-high of No. 54. His 2019 highlights include reaching his maiden ATP Tour final in Houston (l. to Garin), beating Matteo Berrettini en route to a third-round showing at Roland Garros and qualifying for Milan.

The Norwegian believes he’s also benefitted from practising with Nadal and observing how the World No. 1 trains. The energy that the Spaniard brings to each practice has rubbed off on Ruud and added a new level of intensity to his game that could serve him well in Perth. 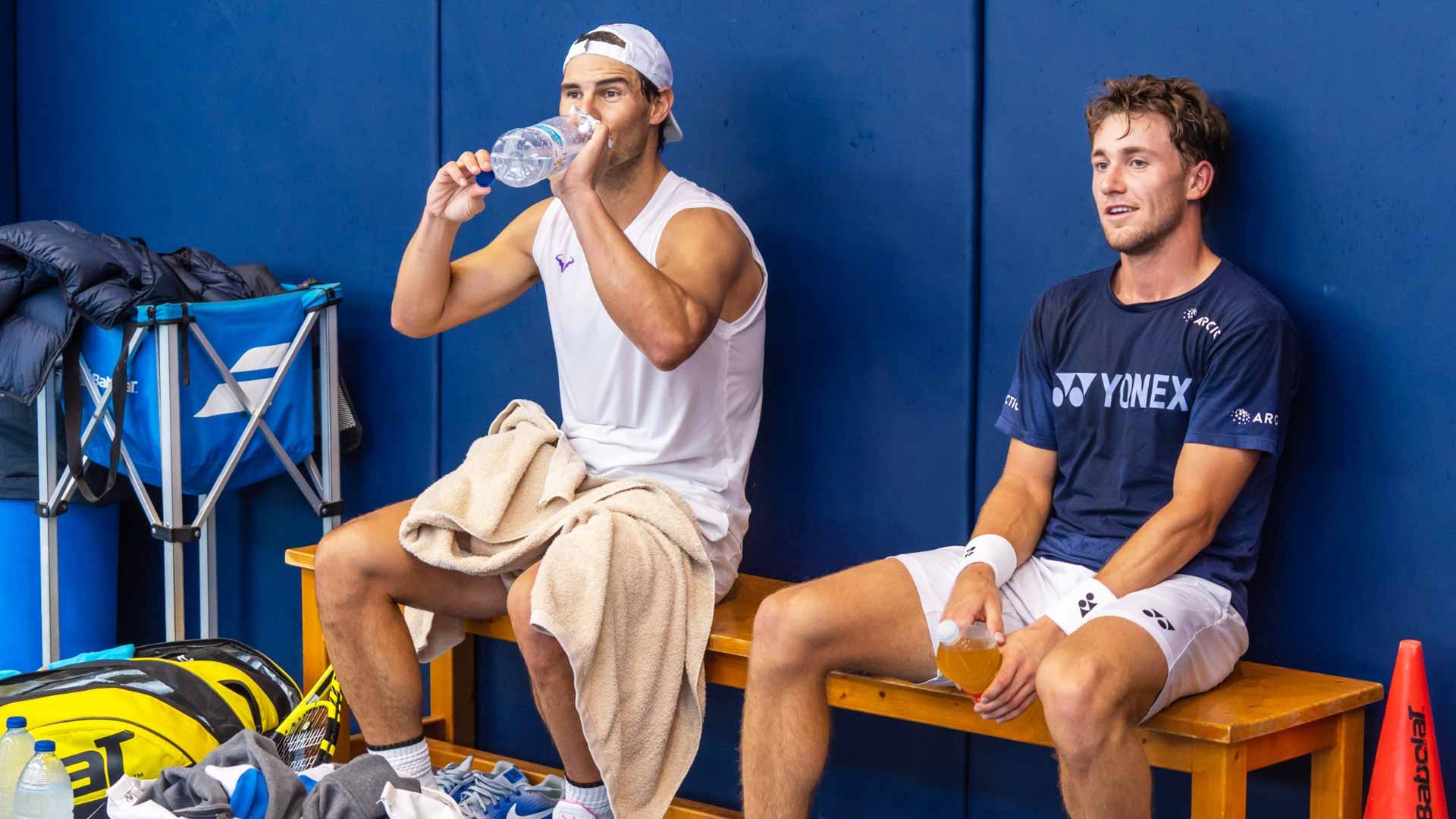 “If Rafa goes 100 per cent intensity in matches, he goes 120 per cent in a practice,” Ruud said. “He rips the ball so hard. He likes to play high-risk when he practises because it might be easier for him to slow down during a match if he needs to. That’s something which has been working for me as well. I’m trying to play a bit more loose during training, higher intensity, faster balls and working on things that you don’t dare to do in a match.

“When I practise with Rafa, he gets to push me around and I’m usually exhausted after a couple of hours. They’re tough sessions, but they’re great.”