Casper Ruud breaks Ernests Gulbis' serve six times to oust the Latvian in straight sets and reach the second round at Roland Garros.

ATP Staff
This article contains:
Ruud into the second round for the second straight year

A pair of #NextGenATP stars made a good start to the year’s second Grand Slam on Sunday, as Norwegian Casper Ruud and Aussie Alexei Popyrin advanced to the second round at Roland Garros.

“It was a good match, especially a good start. It was crucial to win the second set, I think. It was tough, that tie-break. I think that broke him a little bit and I gained a lot of confidence and energy after winning the second set and it showed in the third set,” Ruud said. “I didn’t play unreal, but I just made a lot of balls and he was missing more and more. It was a very good start, and a tough second set, but overall I’m very happy with the match.”

The 20-year-old is into the second round on the Parisian terre battue for the second straight year, having won a five-setter in 2018 against Aussie Jordan Thompson after coming through qualifying. Last year at Roland Garros, Ruud was No. 157 in the ATP Rankings. Now, he’s at a career-high No. 63, having reached his first ATP Tour final on Houston’s red clay earlier this year.

“It’s a very big deal for all the players to play Slams. Last year I played three qualies matches as well, so you also get a bit tired from that,” Ruud said. “It’s much more comfortable to be straight in the main draw and you can focus on your body and be prepared well. Last year I won four matches here, including qualies, so if I would be able to win four matches this year as well I would be very happy.”

Ruud will next play 29th seed Matteo Berrettini, who beat Spaniard Pablo Andujar 6-7(3), 6-4, 6-4, 6-2 in three hours and 28 minutes. The Italian fittingly beat Gulbis last year en route to the third round, his deepest run yet at a Grand Slam. 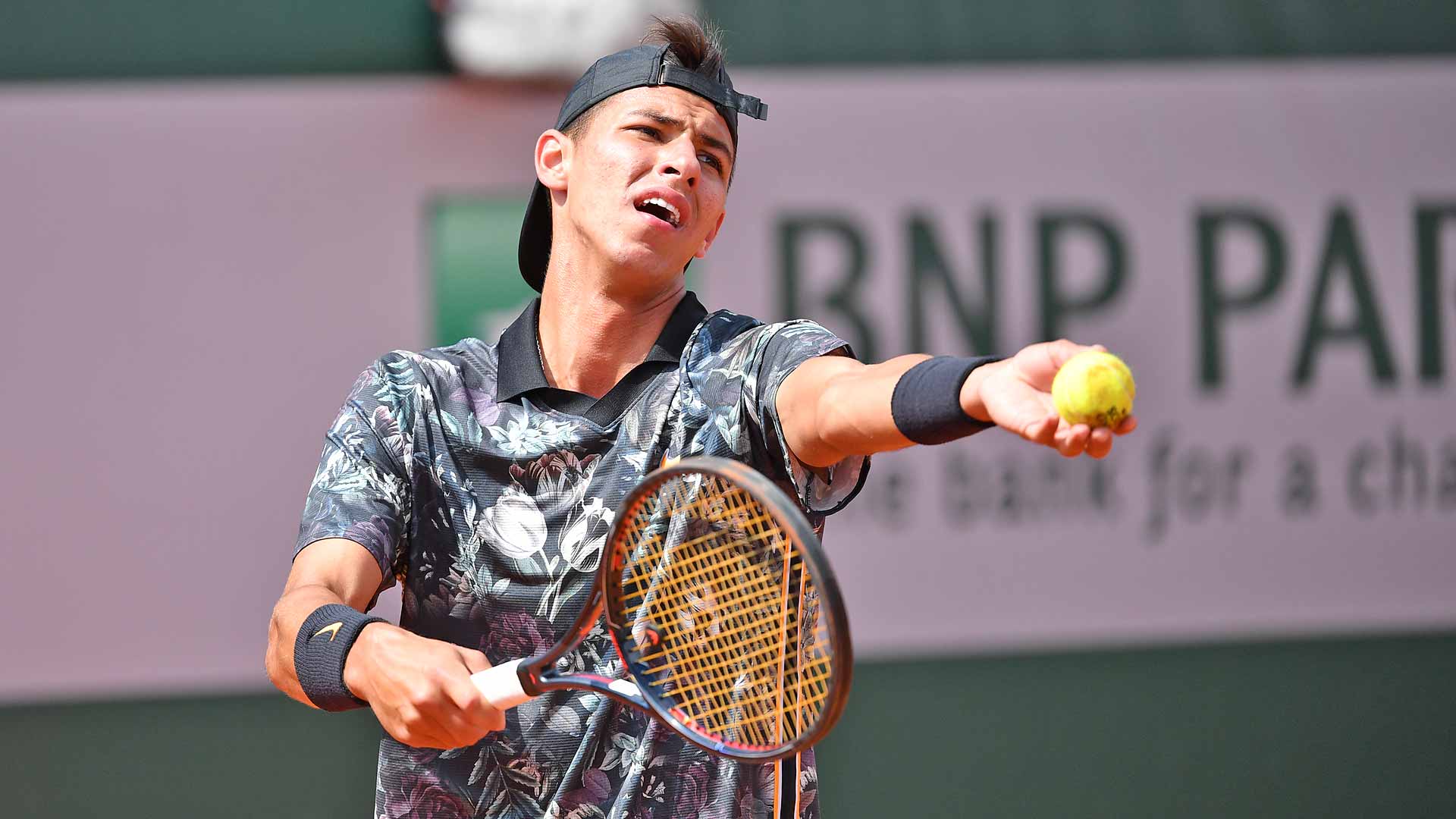 "Definitely he was very dominant [early on]. He played unbelievable in the first set. I don't think he had many unforced errors at all. I didn't do much wrong, but he was playing really well, and he was holding his serve very, very comfortably," Popyrin said. "But I definitely just stuck with it, concentrated on my serve, tried to get my serve and figuring out a way how to break him in the second set, and I got to do that."

You May Also Like: Popyrin: From In The Crowd To Under The Spotlight

Popyrin knows what it's like to have the crowd on his side after his impressive run in Melbourne. But he also embraced the French fans supporting Humbert, their own #NextGenATP star.

"I enjoy it. I enjoy playing in front of big crowds no matter if they are for me or against me. Obviously I prefer when they're for me," Popyrin said. "But playing in front of crowds like that, you've just got to keep focused on your game, and that's it."

His next opponent, Djere, has had a breakthrough season, winning his first ATP Tour title in Rio de Janeiro. The 23-year-old Serbian also upset Juan Martin del Potro earlier this month in Madrid.

Read: At 23, Djere Is Without Parents, But Not Without Hope