Casper Ruud has now won his past six matches.

Ruud, Rune Roll On In Paris

Casper Ruud equalled his best result at Roland Garros Thursday, moving past Finn Emil Ruusuvuori 6-3, 6-4, 6-2 to reach the third round for the fourth consecutive year.

The Norwegian, who defeated the retiring Jo-Wilfried Tsonga in his opening match, looked comfortable throughout against Ruusuvuori and raised his level when required, saving all four break points he faced to advance after two hours and 10 minutes.

“It was [a] high-quality match from the first to the last point,” Ruud said in his post-match press conference. "I think we both played better than what we did in Barcelona. The level was a little bit higher. Emil is playing much better on clay. He's moving better and playing well from the baseline.

"It was definitely a challenge. Even though it was three straight sets, there were some tough moments in the match, and some chances I didn't get, but some chances I got. All in all, I'm very happy with the performance.”

You May Also Like: Day 5 Preview: Tsitsipas & Rublev Seek Third Round

The 23-year-old arrived in Paris in a confident mood after he captured his eighth tour-level title and seventh on clay in Geneva last week. Having made the short journey across from Switzerland, Ruud has quickly adjusted to the colder conditions at Roland Garros and has now won his past six matches.

The eighth seed will aim to advance to the fourth round for the first time in the French capital when he takes on 32nd seed Lorenzo Sonego. The Italian defeated Portugal's Joao Sousa 7-6(4), 6-3, 6-4.

In front of a full crowd on Court 14, Ruud dictated the tempo throughout, with his consistent and deep groundstrokes pinning Ruusuvuori behind the baseline. The Norwegian struck 41 winners and committed 28 unforced errors as he pulled his 23-year-old opponent around to improve to 3-0 in their ATP Head2Head series.

Ruusuvuori was competing in the second round in Paris for the first time, having edged Frenchman Ugo Humbert in five sets. He lost in the first round in 2020 and 2021.

In other early action, #NextGenATP Holger Rune built on his standout win over 14th seed Denis Shapovalov by dispatching Switzerland’s Henri Laaksonen 6-2, 6-3, 6-3 in one hour and 51 minutes.

The Dane, currently third in the Pepperstone ATP Race To Milan, is making his debut in Paris. The 19-year-old has enjoyed a strong season, clinching his maiden ATP Tour title in Munich before he reached the semi-finals in Lyon last week. 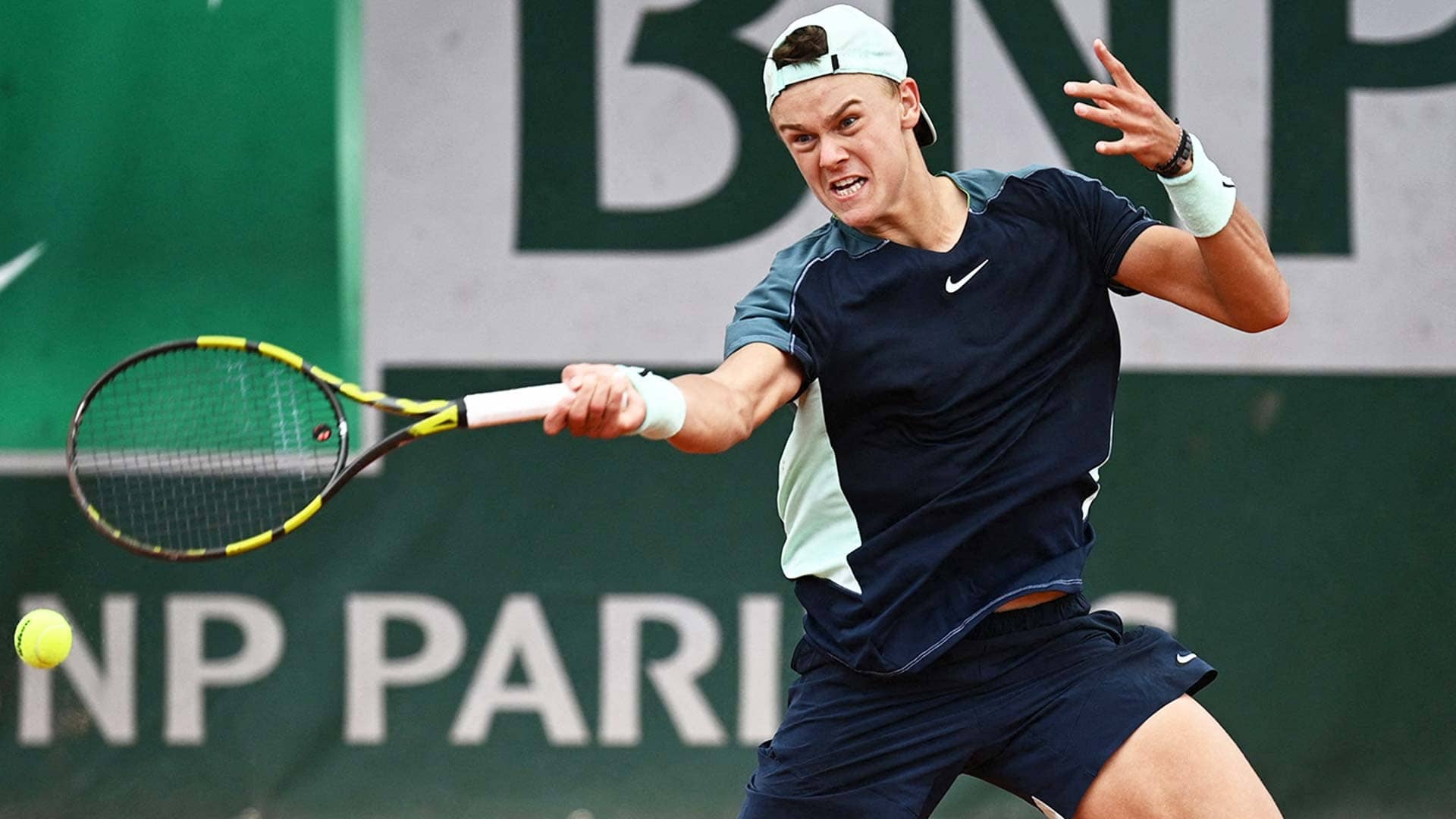 Rune, who won 86 per cent (42/49) of his first-serve points against Laaksonen, now holds a 12-3 record on the season on the European clay. He will play Hugo Gaston in the third round after the Frenchman downed Argentine lucky loser Pedro Cachin 6-4, 6-2, 6-4.

Rune has already jumped nine places this week to No. 31 in the Pepperstone ATP Live Rankings as he continues his quest to crack the Top 30 for the first time.