Doubles Spotlight: When The Best Of World No. 1 Salisbury Comes Out

Andrew Eichenholz
This article contains:
Learn more about the new No. 1 in the ATP Doubles Rankings

Eight years ago, Joe Salisbury was competing in his senior season as a student-athlete at the University of Memphis. On Thursday, the Briton will play his first match as the No. 1 doubles player in the world at the Rolex Monte-Carlo Masters.

But going back to Salisbury’s beginnings at Memphis, it was far from a sure thing that today he would stand atop the ATP Doubles Rankings. When University of Memphis Head Coach Paul Goebel recruited Salisbury, he was recovering from mono and a lower back injury, and had barely been playing tennis. The longtime coach did not immediately know the talent he had on his hands.

“It probably wasn’t right away to be honest. He was probably a riskier recruit just because he hadn’t been playing and with the injury, if it came back then he might not have even gotten to play,” Goebel told ATPTour.com. “So I was very patient with him and told him I would be up front.”

You May Also Like: Tribute: Jumpin' Joe Salisbury Becomes World's No. 1 Doubles Player

But once Goebel began to see his charge compete during his first spring season, it became apparent that Salisbury was a tough competitor.

“The best of him always, always came out on match day, which is what you want as a coach,” Goebel said. “There could be a lot of great practice players. I would not classify him as even a good practice player, but he is an unbelievable match day player.”

Part of what makes Salisbury a top player is his athleticism. His peers have raved about his ability to cover the court, whether that’s quickly poaching a volley at the net or rushing back to smash away a lob that normally would be out of reach.

“He’s able to take balls from deep, short, angles and put them away,” said Rajeev Ram, Salisbury’s doubles partner. “He can do amazing things with the overhead. He’s a great athlete.” 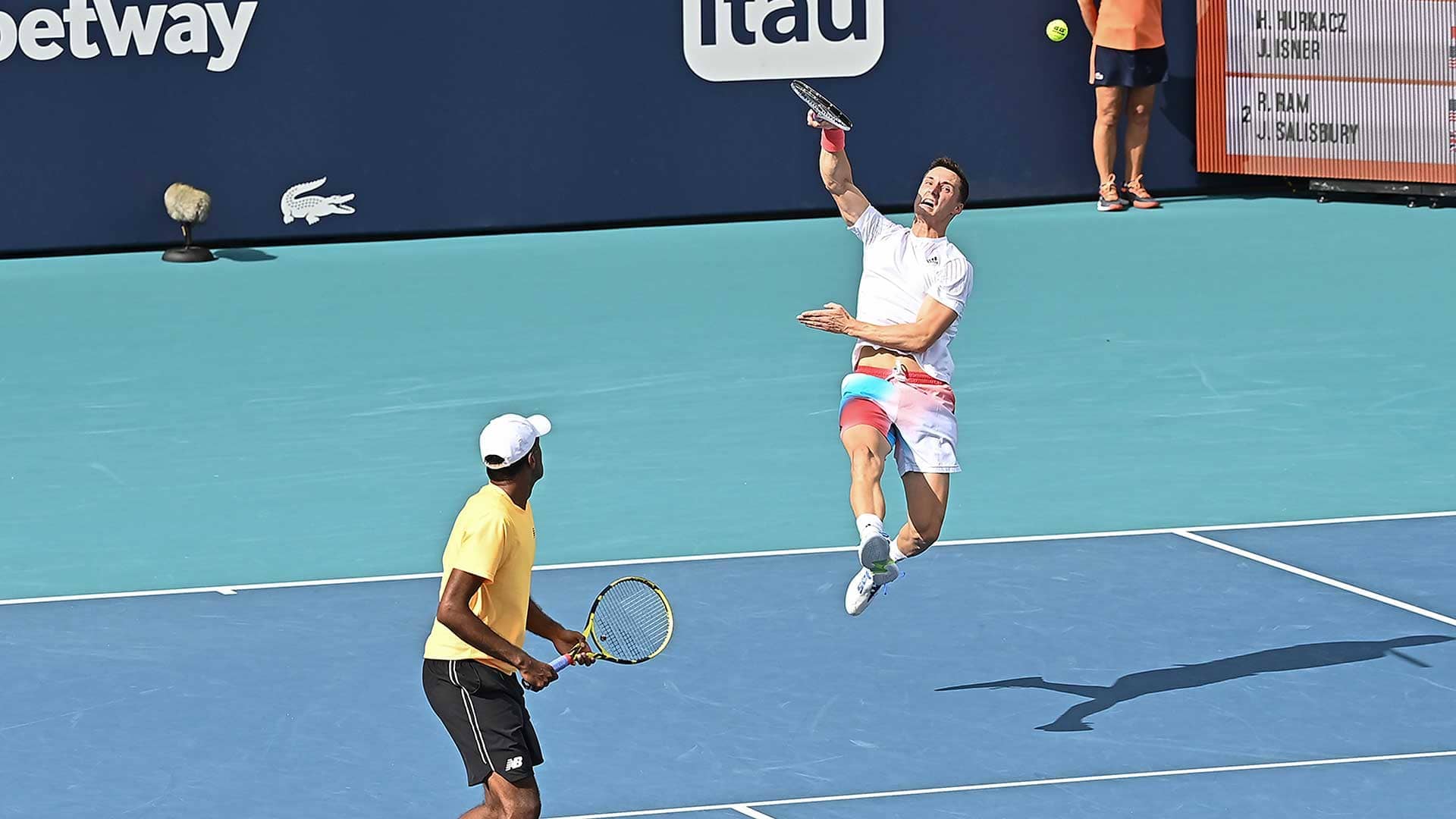 Photo Credit: Peter Staples/ATP Tour
Goebel remembered similar attributes from when Salisbury was at Memphis, adding, “He was super athletic. I think everything he does seems to have a purpose behind it. He might not practise as long or sometimes even as hard, but he was very clear in what he wanted to get done.

“We could set goals that we wanted to accomplish as far as adding parts to his game and he would very much accept doing that, even if it meant he’d go backwards and you’re not feeling like you’re playing good, but he’s working on parts of his game for his future.”

As much as Salisbury enjoys lifting trophies and competing on the sport’s biggest stages, it is the daily grind that he enjoys the most. That is what gives him the most satisfaction.

“Being able to do something that you love doing, that you’re passionate about and trying to improve every day, the excitement of competing, playing matches, I think that’s the main thing that I really enjoy,” Salisbury told ATPTour.com. “It’s that I’m doing something that I’m passionate about and I want to be doing it, not because of winning titles or earning prize money. It’s because I want to get better at this sport and be the best that I can.”

Salisbury is not a player who seeks attention. But from Goebel’s early days around him, he saw that the Briton’s actions spoke louder than words. When teammates might have needed a nudge to stretch or do extra work on their game or their body, Salisbury had already done it.

“I will say, with the belief he had in himself and the way he always conducted himself, I knew he was going to be a tremendous professional,” Goebel said. “You could just tell there was something [special].”