Tennys Sandgren does not drop a set en route to clinching his maiden tour-level title in Auckland.

What a journey the past year has been for Tennys Sandgren. When the American left Auckland in 2018, he held two tour-level match wins at 26 years old. This time around, not only does Sandgren have 21 match wins since leaving Auckland, but he departs New Zealand after triumphing at the ASB Classic to earn his first ATP Tour title.

Sandgren defeated Brit Cameron Norrie 6-4, 6-2 in 79 minutes on Saturday to lift his maiden trophy, completing a tremendous week in which he did not lose a set in five matches.

"I'm a little bit at a loss for words, honestly. A lot of work, a lot of training and a lot of sacrifice goes into even making a final and to get a win, I'm kind of speechless," Sandgren said on court. "Just grateful that I can be out here, play and compete. I've dealt with some injuries, so just to be healthy and playing well, it feels really good." 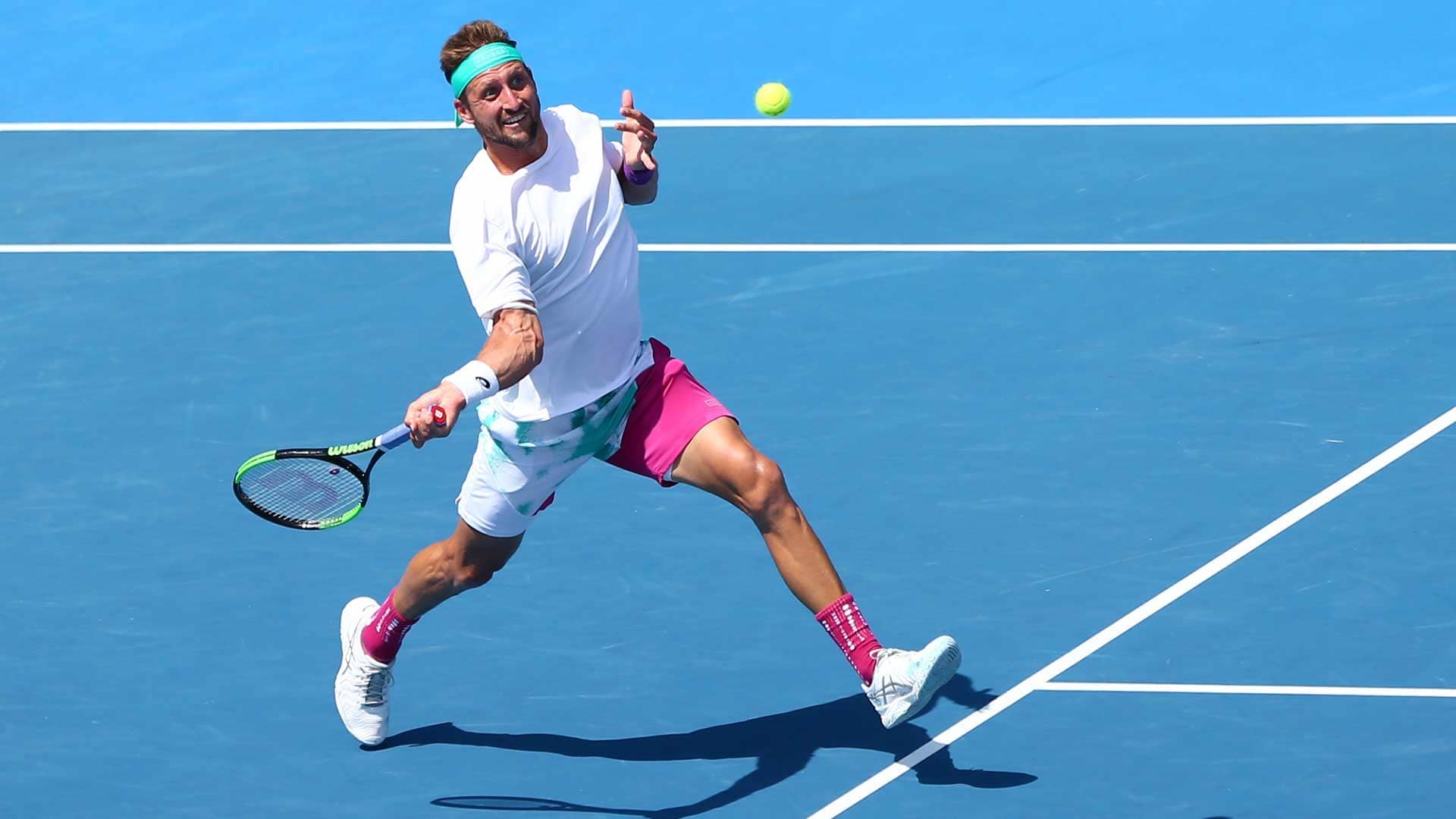 Sandgren first burst onto the scene at last year’s Australian Open, where he earned his first two wins against Top 10 opponents and at World No. 97 became the lowest-ranked player to reach the Melbourne quarter-finals since World No. 105 Mikael Tillstrom in 1996. The former University of Tennessee student-athlete would reach his first ATP Tour final in Houston. But the Auckland championship is Sandgren’s shining moment, as he broke his left-handed opponent's serve four times and hit seven aces en route to the biggest triumph of his career.

Perhaps it’s fitting that the victory came against Norrie, who was a first-time tour-level finalist.

“I think Cam’s beaten me like 18 times in a row,” Sandgren joked after his semi-final victory against German veteran Philipp Kohlschreiber on Friday. In fact, Norrie defeated the American in three consecutive ATP Challenger Tour events in September and October of 2017.

But Sandgren would not be denied in Auckland. The American did a tremendous job of turning defence into offence throughout the match. And while Norrie saved eight of the 12 break points he faced, Sandgren was too strong. The 27-year-old adds 250 ATP Rankings points to his total, and earns $90,990 in prize money.

"That’s weird. Tennis doesn’t normally work that way. Normally you have to come back from the brink of defeat to win a title," Sandgren said of not dropping a set. "To feel that I played well from start to finish is definitely strange. But I feel like I’ve been serving good and I’ve been moving well all week and it seems like all the risks that I’ve been taking on the court as far as when to be aggressive, when to pull back, it’s all worked out for me."

While Norrie will be disappointed to not lift his first ATP Tour trophy, he has plenty to be proud of. The Brit, who grew up in Auckland, dropped just one set en route to the championship match. And for his efforts, he claims 150 points and $49,205.

"I think he was solid throughout. He was not making many errors and I think I over-pressed it a little bit. He was moving unbelievably this week, and today. He served great. I actually think I played better in the second set and he served too good in the second set," Norrie said. "Too good from him today, and I’m happy for him."

Did You Know?
- Sandgren’s win in Auckland — and the 250 ATP Ranking points that come with it — is especially timely. The American will drop 360 points on the Monday after the Australian Open ends thanks to his quarter-final result last year. Sandgren starts his 2019 Australian Open against Yoshihito Nishioka.
- Sandgren is one of four former University of Tennessee players to win an ATP Tour title, joining Chris Woodruff, Paul Annacone and Mel Purcell.