Two weeks ago, Hugo Dellien ended the drought for Bolivian tennis, claiming his nation's first ATP Challenger Tour title since 1983. But the 24-year-old was far from satisfied with lifting just one trophy, so he added a second.

On Sunday, Dellien capped a dominant three-week stretch with a triumph on the clay of the St. Joseph's/Candler Savannah Challenger, overcoming Christian Harrison 6-1, 1-6, 6-4 in the final. After waiting nearly 35 years for a title, Bolivia now has two in three weeks, as Dellien added to his win in Sarasota with a hard-fought victory on the clay of Savannah.

Entering Sarasota, Dellien was sitting at No. 231 in the ATP Rankings. Now, thanks to the pair of titles and a semi-final finish in Tallahassee, he has soared more than 100 spots to a career-high No. 129. His 13-1 record over the three-week span has already given him more Challenger match wins in 2018 than he had in the past three years combined.

You May Also Like: Dellien Celebrates Historic Title For Bolivia

Moreover, the title came perilously close to never happening for Dellien, as the Bolivian was forced to save four match points in a quarter-final win over Guilherme Clezar. He reeled off six straight points from 2/6 down in a deciding tie-break. And the next day he battled from the brink once again, as Michael Mmoh served for the match in the second set of their semi-final encounter. In total, three of his five wins in Savannah featured comebacks from a set down. 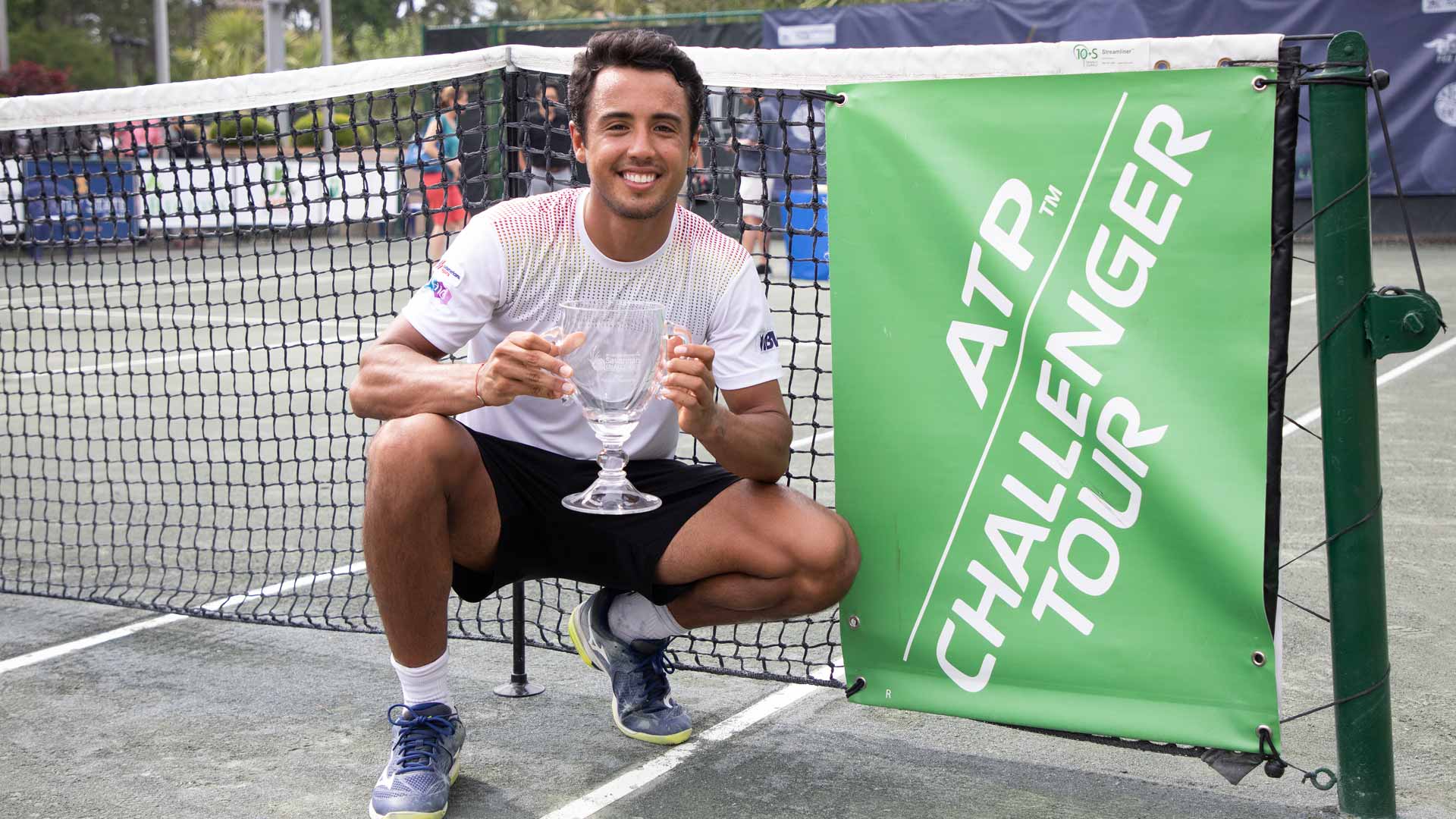 Congrats Hugo. How does it feel to win in Savannah?
The truth is that I'm really happy to win both these titles, because I wasn't expecting it. Last year I had a surgery, but my work during the off-season was very good and I think that was essential for winning these tournaments.

How big is it to win a second tournament for your country?
It's very special. It has been a long time since Bolivia has had good tennis players. I think I'm raising the expectations and emotions in my country. It's a little bit of pressure, but I'm enjoying it.

After you dropped the second set 6-1, you fell behind an early break in the third. How did you turn it around?
I was very tired. I have been playing many matches these weeks and physically it was very demanding. But I had a lot of heart and I knew that there were a lot of people coming to see me and cheer for me. I needed to win for them. I think that was the key.

Incredible run for @hugo_dellien is capped with another title. The 🇧🇴 is the champion in Savannah, 61 16 64 over Christian Harrison. pic.twitter.com/FmX0qKMg3A

You talked about aggressiveness this week. What role did that play today?
I tried to be as aggressive as possible, but the problem is that it's difficult when you're physically struggling. My legs were tired and I tried to stay solid. He made important mistakes and it allowed me to get back into it. These matches have been very long this week. It would have been nice to win some in straight sets. [laughs]

Have you ever had three matches in a row where you faced four match points, your opponent served for the win and then today you can barely move?
It's incredible because in Sarasota the same thing happened. I saved  a match point there [against Stefan Kozlov] also. It's become a tradition that if I save a match point, I win the tournament.