Josh Meiseles
This article contains:
A look at the colourful identity of the ATP Challenger Tour event in Scheveningen, Netherlands

On the ATP Challenger Tour, some of the most successful tournaments are those that integrate local community and culture into the fabric of the event's identity. The Hague Open has embraced this concept since the tournament was founded in 1993, evolving into one of the premier Challenger destinations for not only the players, but Dutch fans in the surrounding region.

This week, the tournament is celebrating its 25-year anniversary, having remained a staple on the circuit with a commitment to growing the game and cultivating the talent of its rising stars. With world-class competition including Marat Safin, Marcelo Rios, David Nalbandian, Nikolay Davydenko, Gael Monfils and Richard Gasquet, some of the game's greats have walked through its doors.

Located in the coastal town of Scheveningen, Netherlands, the event is a 10-minute walk from a beachfront promenade that includes a boardwalk, ferris wheel and many shops and cafes. But it's the immediate community surrounding the historic Mets Tennis Club that gives the tournament its charm.

"Since I was a six-year-old kid, you could find me here at this club," said local resident and 2016 champion Robin Haase. "I know every inch of it, every court and how it plays. It has a great centre court in an environment between the houses. To have a court named after me and one next to Richard Krajicek's court, is an honour. It feels like you're at home and this is home for me, because I grew up here. Tennis needs the consistency of getting to know an event and enjoying it and that's what they do so well here."

The venue is embedded in the community, with adjacent houses seemingly rooted in the foundation of the club. Local residents can peer outside their windows and step on their patios for a glimpse of the action. As tournament director Ivo Pols explains, the 78-year-old club and vintage clubhouse has never conformed to the tides of change and always maintained its unique and intimate identity.

"We had a linesman who was here for 24 years. This was the first time he hasn't been here. We see families and people who have been here forever, wearing our old merchandise with t-shirts and sweatshirts with the tournament logo on it. Sometimes you see these people with 18-year-old sweatshirts." 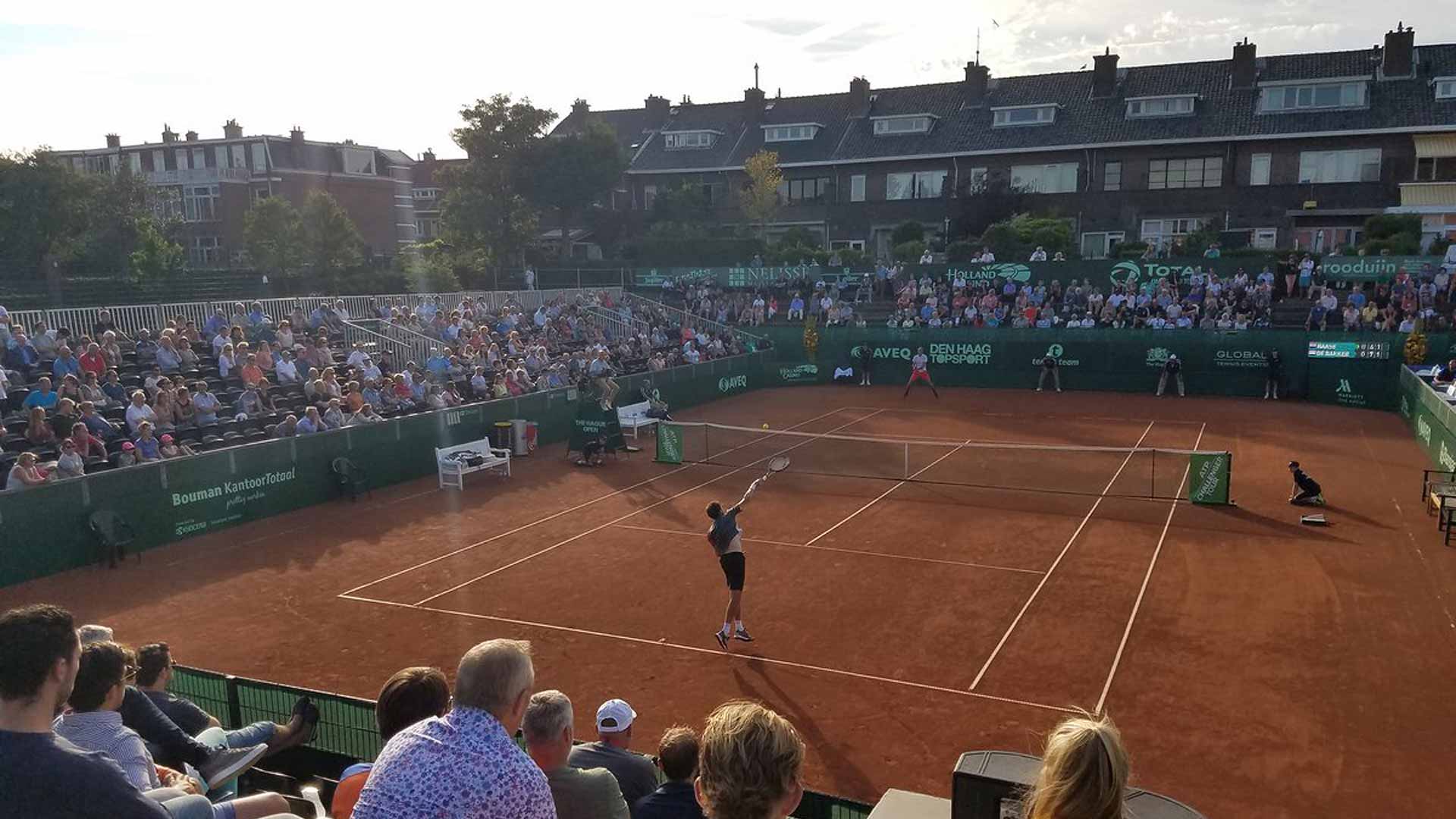 The club, which includes 13 clay courts and six with floodlights, has also hosted Davis Cup ties on 39 occasions as well as the Dutch National Championships for 40 years.

"Looking back at the 25 years, I played here in 1993 and it's always been a fantastic Challenger," said former doubles No. 1 Paul Haarhuis. "But before it was a Challenger, this club already had unbelievable heritage and tradition as one of the top clubs in Holland to produce top tennis. All the big international stars, including Laver, Emerson and Rosewall have all played here at some point.

"It's still one of the few biggest tournaments we have in Holland. It's our strongest Challenger and for Dutch tennis it's very important. Ivo and his team are doing a wonderful job to keep it here and keep it at a great level. It's nice because you can get very close to the players and that makes it a lot of fun."

You May Also Like: Challenger Chronicles: Tsitsipas' Day Off In Scheveningen

One of four big tournaments held in The Netherlands, including the ATP World Tour events in Rotterdam and 's-Hertogenbosch and the Challenger in Alphen, The Hague Open has earned a reputation as a premier sporting event in the nation. The tournament earned Challenger of the Year honours in 2006.

"This is actually my favourite tournament," said #NextGenATP star Stefanos Tsitsipas. "Scheveningen is one of my favourite Challenger tournaments. The spectators make this tournament so special. They come to support the players. And the organisation is very good. We have a very good hotel and food and I feel like I'm at home here."

"We were the first Challenger in Holland, so we're the oldest," added Pols. "We've survived the test of time and change. The level is still really high."