Pella Pushes Past Schwartzman In Cordoba

ATP Staff
This article contains:
Argentine guaranteed to reach final in bottom half of the draw

Guido Pella sprung an upset on Friday evening at the Cordoba Open, defeating third seed Diego Schwartzman 7-5, 6-2. The eighth seed is now the highest-ranked player remaining at World No. 59.

"We have a similar style of play. We are solid from the back of the court and it was difficult to keep the rhythm up," Pella said. "But it was a good match and Diego demands that you stay concentrated at all times... I played a very good match and that was what made me win."

Pella is into his first semi-final of the year without dropping a set, also defeating Italian veteran Paolo Lorenzi and Spanish left-hander Albert Ramos-Vinolas. He began the week with a 1-2 record on the year, but he has shown strong tennis to win all six sets he has played.

"Since I arrived from Australia I felt good," Pella said. "This is my favourite surface and it was time to try to play better and get back to my best form and I am achieving it this week."

The 28-year-old left-hander Pella held his ground on the baseline throughout the match, forcing Schwartzman to play defence from well behind the baseline. Pella was able to use his heavy forehand to keep Schwartzman from being aggressive, and he also found short angles to move his fellow Argentine off the court, opening up space to finish points in.

Pella is pursuing his first ATP Tour title, and he can reach his fourth final if he beats Slovenian Aljaz Bedene or Uruguayan Pablo Cuevas in the semi-finals. Bedene will resume their quarter-final with a 3-1, 15/30 lead on Saturday at 4:00 p.m. local time after play was suspended due to rain and wind. There is guaranteed to be at least one Argentine finalist in Cordoba, on the bottom half of the draw, as both Federico Delbonis and Juan Ignacio Londero triumphed in front of their home crowds on Friday. 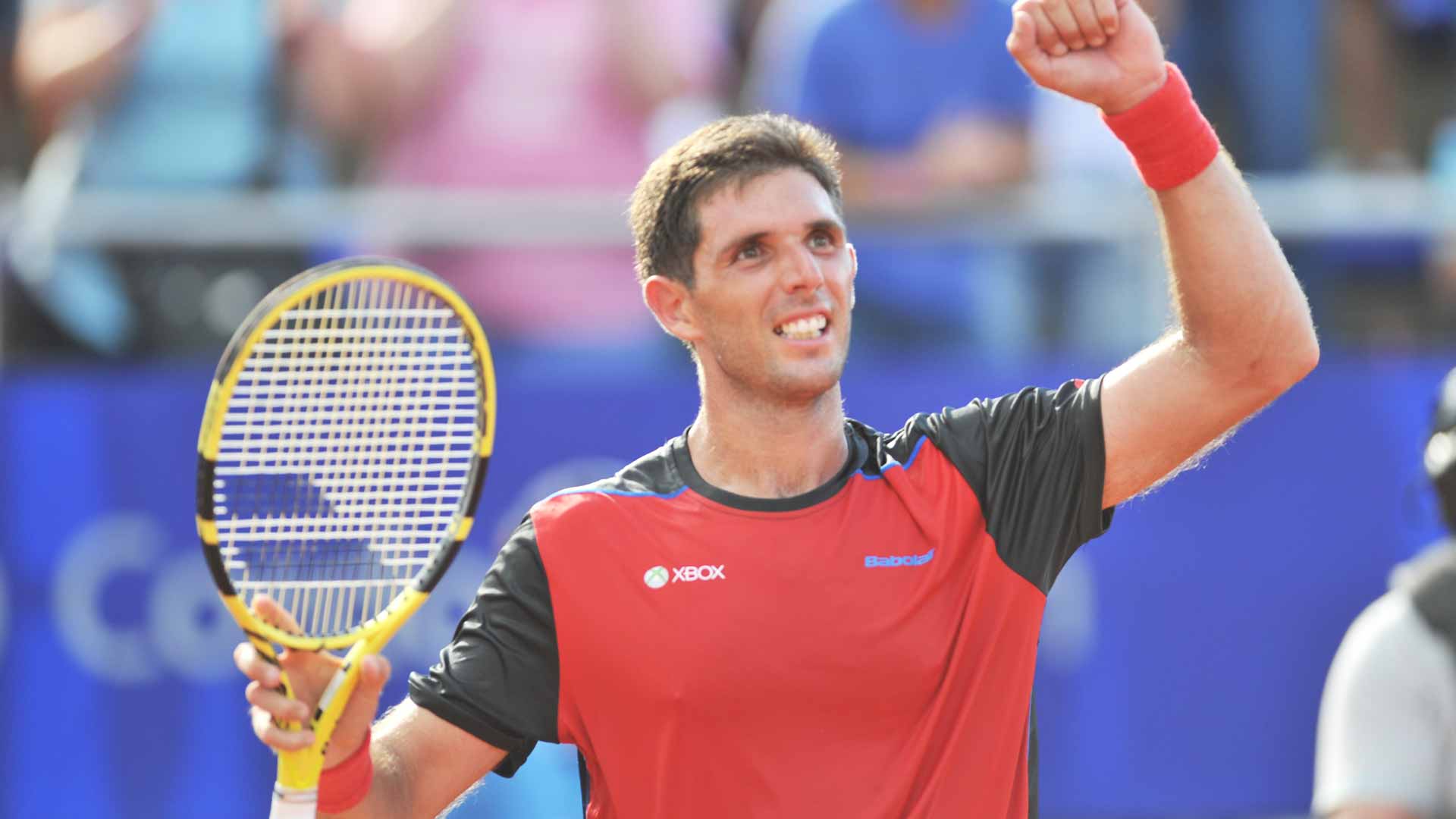 Delbonis defeated 2018 Next Gen ATP Finals qualifier Jaume Munar 7-5, 6-4 in one hour and 56 minutes. The World No. 77 saved all 12 break points he faced to hold off the 21-year-old Spaniard Munar. Delbonis is pursuing his third ATP Tour title, with his most recent victory coming in Marrakech in 2016.

Delbonis will play Londero, who is into his first ATP Tour semi-final after ousting qualifier Pedro Cachin 6-4, 7-6(3). Prior to this event, Londero had never won a tour-level match in three tries. He is at a career-high No. 112 in the ATP Rankings, and has captured two ATP Challenger Tour titles.

Did You Know?
Pella has reached an ATP Tour final in each of the past three seasons, advancing to the championship match in Rio de Janeiro in 2016, Munich in 2017 and Umag in 2018.