From an early age, Diego Schwartzman learned how to garner success -- even when it meant bucking trends.

Juan Diego Ramirez Carvajal
This article contains:
Mom knew he would play tennis when she saw him use a spoon as his first racquet

When Diego Schwartzman was 13 years old, a doctor told him he wouldn't grow beyond 5-foot-7.

The news didn't sit well with Schwartzman, who had dreams of becoming a professional tennis player from an early age. The doctor's prediction came when only three of the 23 players to hold the ATP World Tour No.1 ranking at the time measured below 5-foot-11 (Marcelo Rios, 5-foot-9; Lleyton Hewitt and Jimmy Connors, both 5-foot-10).

Feeling defeated, Schwartzman returned home with his head held low and shoulders slumped. Quieter and more reserved than his usual cheery self, the teenager told his parents: "I'm not going to play tennis anymore."

Perhaps at that moment it felt unfair to Diego that his older siblings -- Andres, Natali and Matias -- were all taller than he was, even though they didn't share his dreams of pursuing a tennis career. "If you were only 3 or 4 inches taller ...," coaches and colleagues would tell him. And now, the doctor's forecast; it was a lot for the young Diego to keep inside his head.

If Diego had his doubts, his family did not, and they weren't about to let him give up on his dreams of playing tennis. His mother, Silvana, remembers it well: "He told me he wasn't going to do anything well in life if the doctor was right. I told Diego he was wrong and his height shouldn't have an influence on his dreams because since the day he was born, I knew he would become something special. I pushed him to keep fighting." 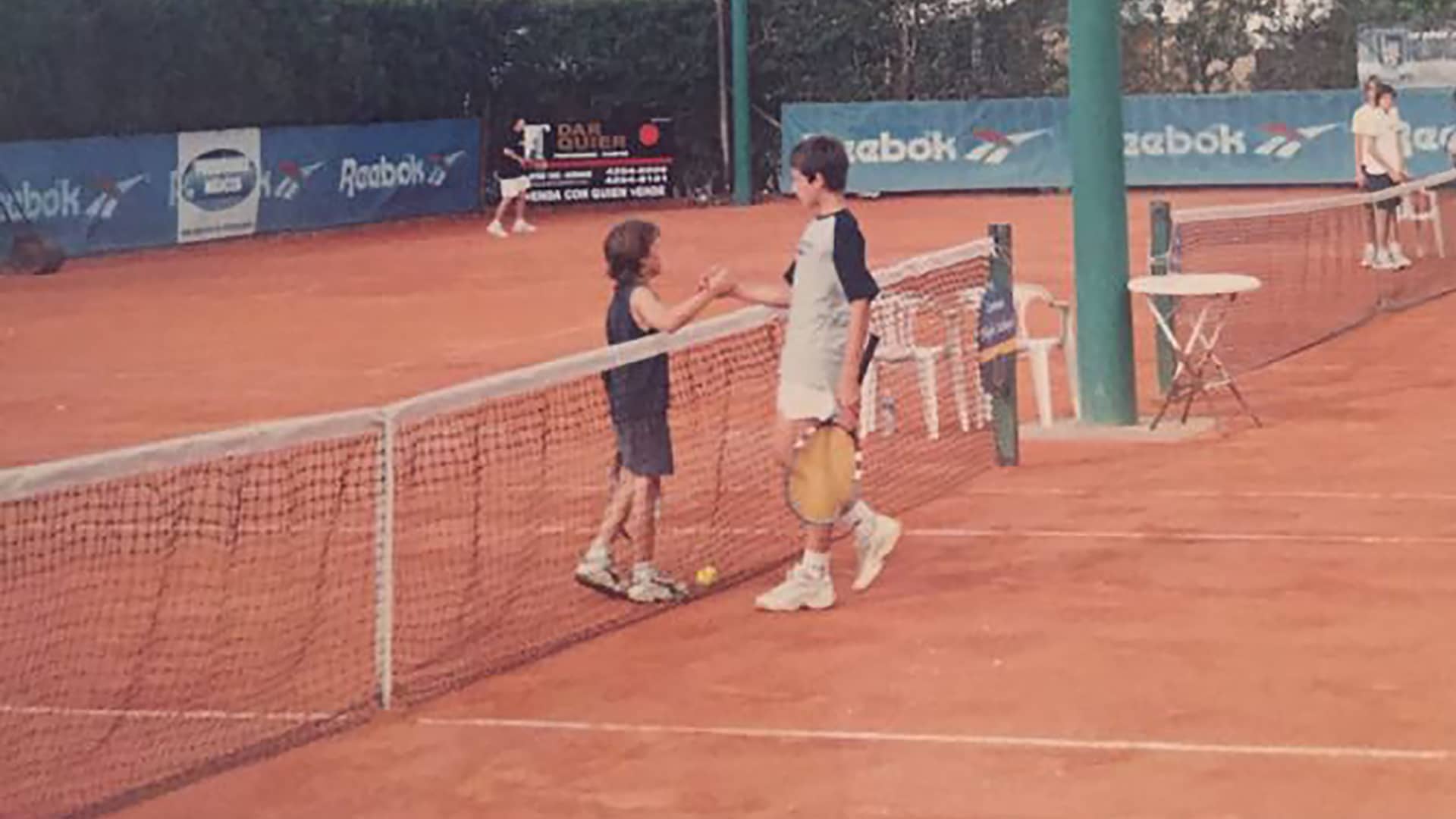 Nicknamed 'El Peque' (Shorty) by his friends and family as a child, Diego Schwartzman was almost always outsized by his opponents.

Silvana's talk seemed to raise her son's spirits and served as a "call to action." And Silvana meant every word she said that day. Her youngest son was born Aug. 16, 1992 at the Institute of Diagnosis and Treatment in Buenos Aires at 1:25 in the morning. She immediately knew he was unique; bright-eyed from the moment he was born, there was already something different about him. Soon after Diego's birth, Silvana had him baptised in honor of Diego Maradona, the Argentine soccer legend who himself stood just 5-foot-5 but went on to do great things in his respective sport.

Things were hardly easy for Silvana, even before the birth of her fourth child. She and her husband Ricardo struggled financially, often skipping meals just to make ends meet.

"When I got pregnant with Diego, my husband and I were already doing things like passing on lunch to save money," Silvana said. "It was like everyone, the world, had it out for me, so I had it out with the world. But I knew I was chosen for this, to live this life for a reason."

Despite the odds, Silvana, who played tennis at an amateur level, had a sense one of her children would grow up to be a tennis player. When Andres, Natali and Matias chose different paths, she pinned her hopes on Diego.

"I put my faith in him," Silvana said.

Her intuition seemed correct when she noticed a young Diego take particular interest in the bright yellow tennis balls. She was sure her son was all but destined for a future in the sport when one day, Silvana saw Diego bounce a tennis ball off the kitchen wall with a soup spoon.

"He had incredible timing, even at a young age," Silvana said. "I'd play in the long corridors of the local tennis club and Diego would spend hours with my husband on the court. He wasn't even as tall as the height of the net at the time. Still, he never wanted to play with a junior racquet; it always had to be a big racquet. He played soccer as a child as well, but the things he was capable of doing in tennis were out of the ordinary. And he had flair; he'd boast to us about beating players who were a lot taller than him." 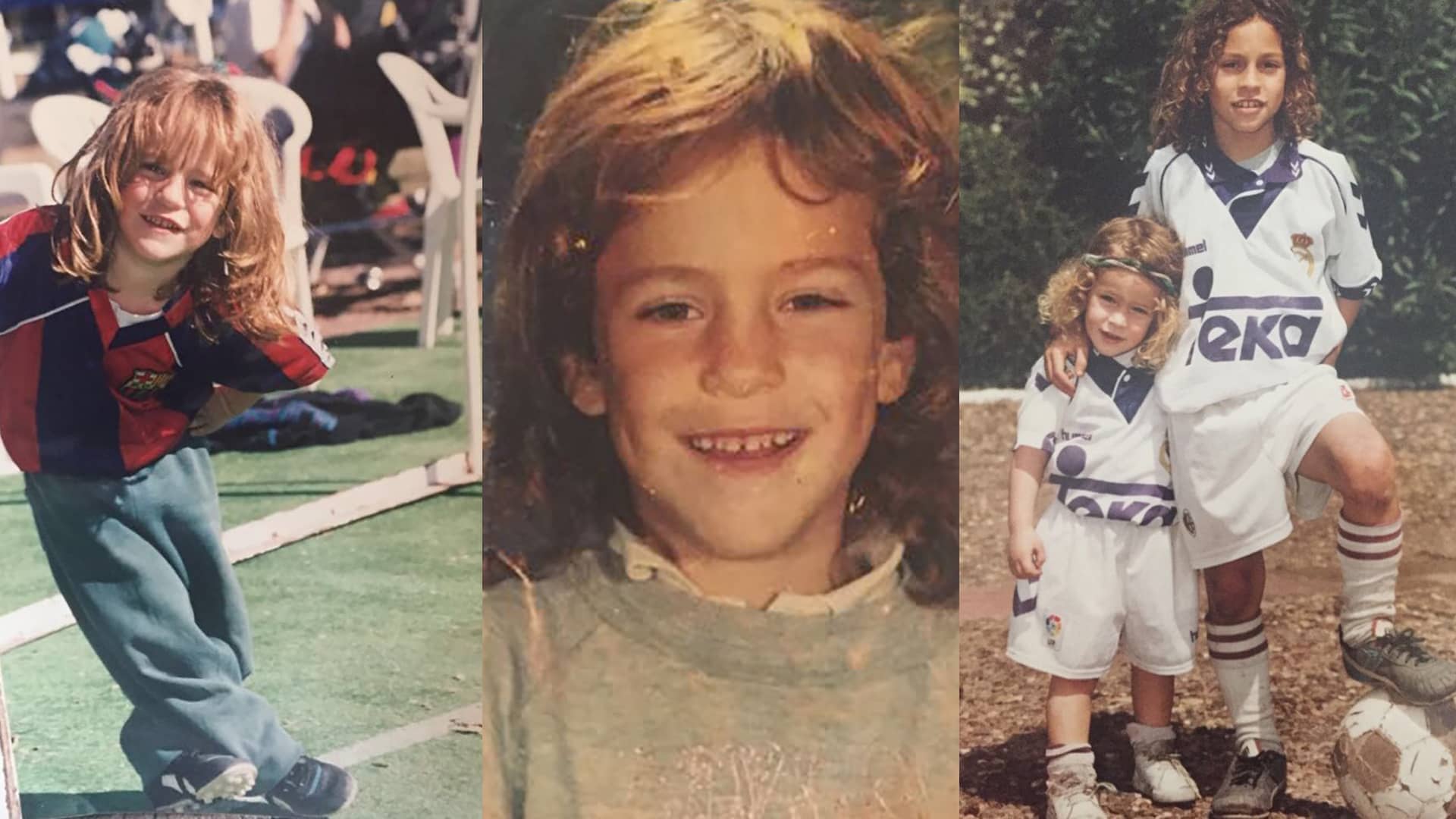 Schwartzman was passionate about soccer from an early age. Diego (far right) poses with his older brother, both wearing Real Madrid jerseys.

Between the ages of eight and 10, Diego tried his luck at soccer at the Club Social Parque. It was on those grounds where Diego's idol, Juan Roman Riquelme, a retired Boca Juniors star and one of the most talented soccer players of his generation, emerged. He played as a "wheel man" -- the central midfield position whose responsibility is to distribute the ball to forwards and organise the attack. He was brave, persevering, even sacrificial at that role. Between the two sports, Diego admits he was more passionate about soccer, Argentina's national pastime, than he was about tennis. His natural abilities and the ease that came with the racquet, however, eventually swayed him away from the soccer field and on to the tennis court.

If Diego was to follow his dream of making it in tennis, however, he'd need help financially. His family was just scraping by: Their clothing and jewelry company went bankrupt near the end of the ‘90s and Diego he didn't have the benefit of an apparel or equipment sponsor. The Schwartzmans were on their own.

If nothing else, though, the family was inventive and resourceful. They still had rubber bracelets that they made and sold with phrases of inspiration in the fight against cancer and AIDS. The family came together in an effort to sell the bracelets. Silvana, who worked as a hotel decorator at the time, traveled to tournaments with Diego and sold the colorful bracelets out of two bags. The money she made was used to fund her son's travel expenses.

Noticing a trend, father Ricardo had an idea: He decided to create rubber bracelets with shields, names and logos of popular soccer teams. Soon, Silvana was being approached by children eager to buy the Schwartzmans' rubber bracelets, which sold for 3 pesos (less than 1USD).

Diego was becoming a tennis player on the court, and a small-time businessman on the side. In between matches, he and his mom made good use of their time by not only selling the bracelets, but commissioning other players to sell them as well. There was even incentive: If those commissioned managed to sell 10 bracelets by the end of the day, they won a free bracelet. Little as it was, the mother and son duo were making a profit, but they remained mindful of expenses, and what got them to where they were in the first place.

"The money we made was invested in hotel stays, and we'd spend 20 pesos, max," Silvana said. "In Mendoza (a large city on the Eastern side of Argentina) we found a cheap hotel with rooms that cost 2 pesos. The room was so small, we slept on a twin-sized bed. When Diego showered, he'd splash water into the other room so I could wash up a little too. Everything was appreciated that much more because of what we went through. Without the efforts of all of us, his dad, his brothers and sister, he never would have gotten to where he is now."

With the doctor's bleak outlook behind him, Diego, now 25 years old, has made it his goal to defy the odds, contradict the norm and silence the doubters. He did eventually top out at 5-foot-7, but he’s insistent on reaching new heights, with the goal of boosting his profile and earning a good living in the process. Last year, his self-belief and tenacity paid off: Schwartzman became the shortest men's player to reach the quarter-finals of a Grand Slam event in 23 years. He also managed to break into the Top 25 in the ATP Rankings for the first time, and earned more than US$1.5m in prizemoney.

If his impressive fourth-round showing at the Australian Open in January is any indication, 2018 should be another banner year for Diego Schwartzman. 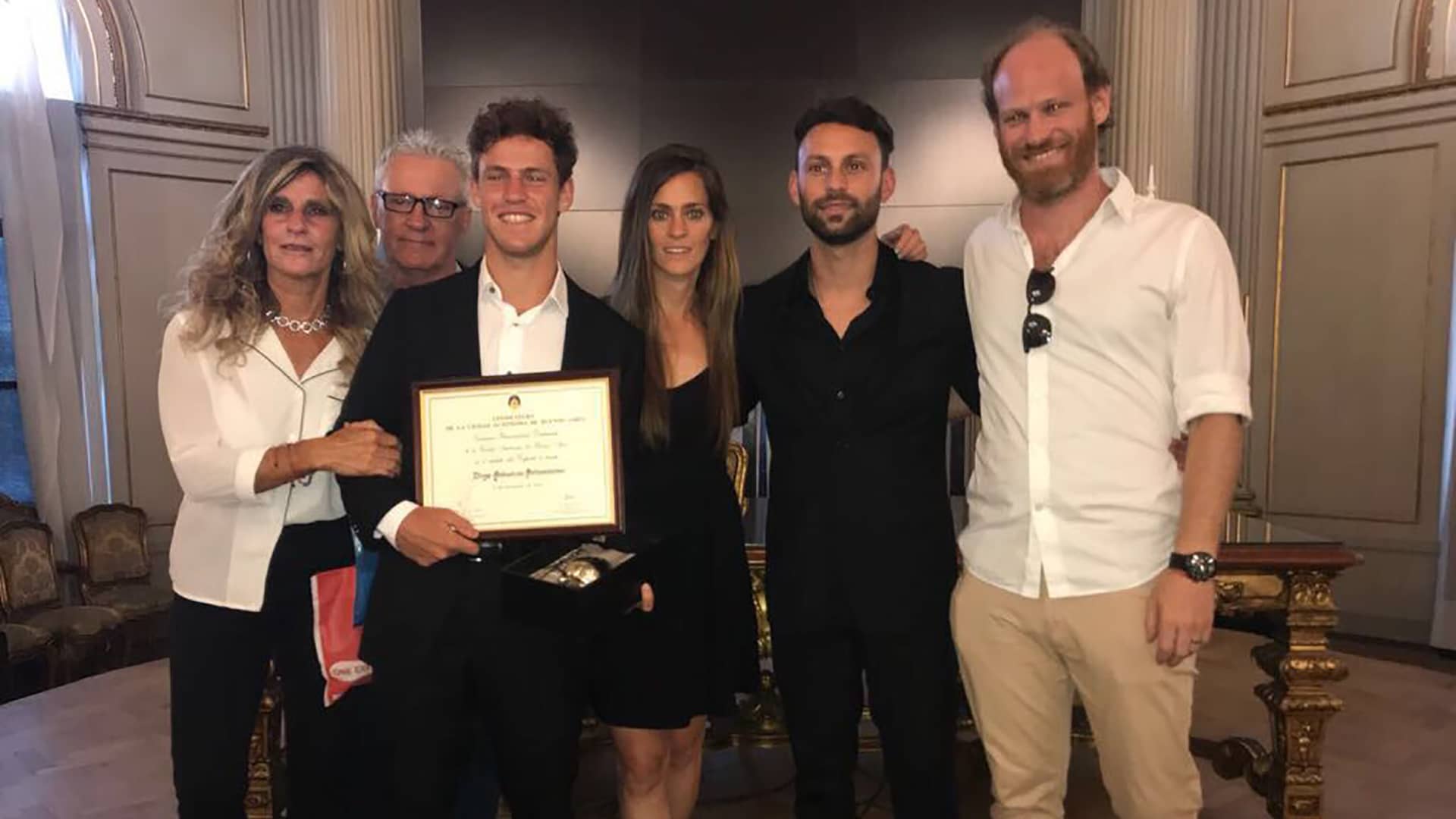 Diego stands in between family members with a plaque following his first ATP World Tour title.
More stories like this in:
Premier Partner