Kei Nishikori battles past Daniel Evans on Sunday for a place in the Roland Garros second round.

Kei Nishikori took another significant step on Sunday in his comeback from right elbow surgery almost one year ago. As the Japanese star sat back into his chair on Court 14, after a 1-6, 6-1, 7-6(3), 1-6, 6-4 victory over No. 32 seed Daniel Evans at Roland Garros, he breathed a huge sigh of relief.

“I think I was rushing too much [in the first set],” said Nishikori. “With his slice, I think I was trying to hit the winner too early. I was a little more patient in the second set onwards. Things started working well for me, because in the first set I was rushing too much and I didn't feel well. It was raining heavy. I started playing better. There were many ups and downs. But I think I managed well in the end. A lot of focus.”

In a match full of momentum shifts, Nishikori broke clear with a 3-0 lead in the decider, but fellow 30-year-old Evans responded and came within a point of breaking for a 4-3 advantage. Ultimately, it was Nishikori’s greater groundstroke power that earned him just his second win of 2020 over three hours and 49 minutes, when an aggressive backhand and forehand pinned Evans behind the baseline and forced the error in the final game. Evans won 138 points to Nishikori’s 135 total points.

Nishikori, who returned to the ATP Tour earlier this month at the Generali Open in Kitzbühel, lost to Cristian Garin in the Hamburg European Open first round last week. He will next play Stefano Travaglia, who moved past Pablo Andujar 6-3, 6-4, 6-4 in two hours and 23 minutes Travaglia won 48 of his 60 first-service points and struck 32 winners. 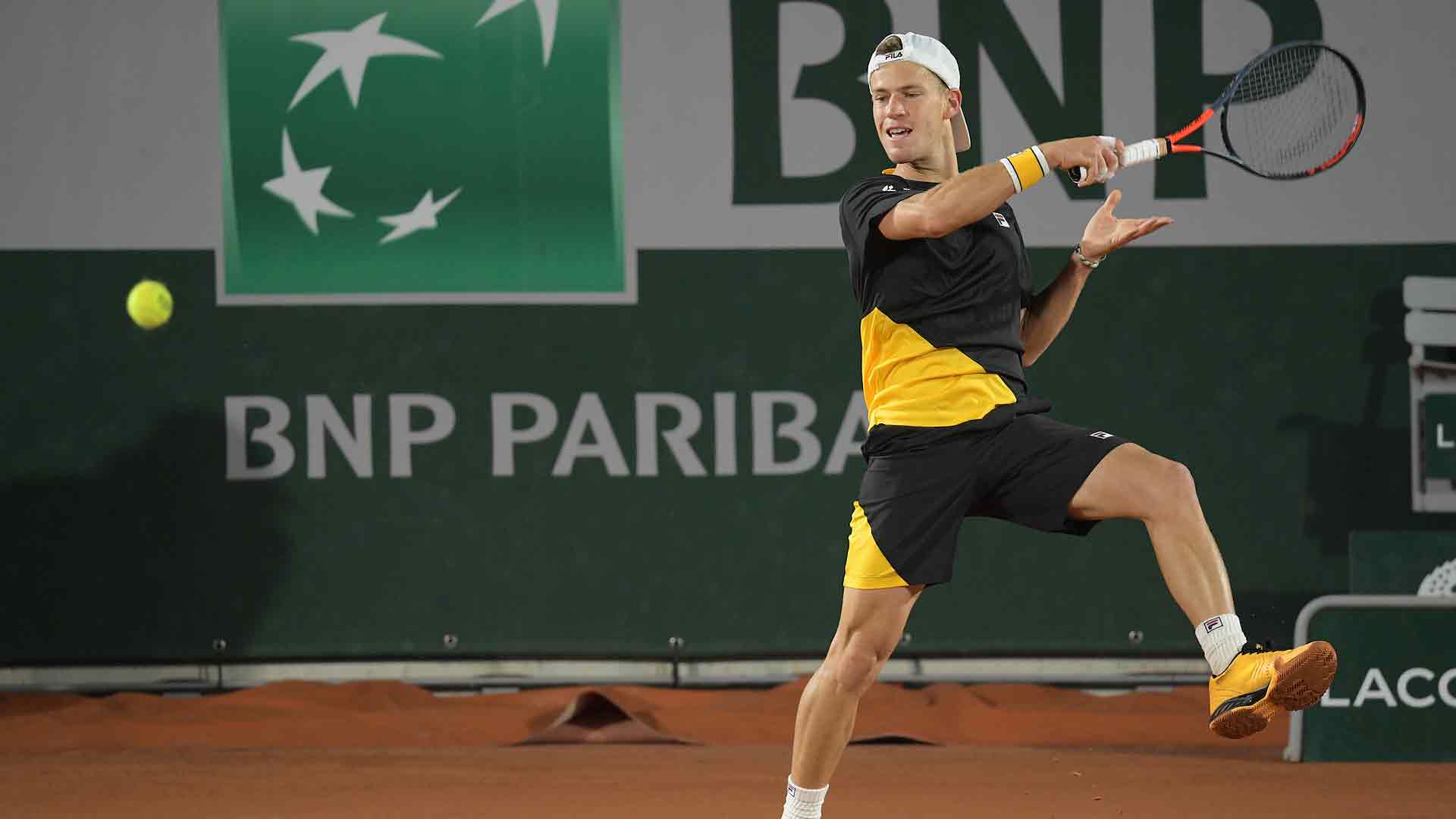 Diego Schwartzman, who got a confidence boost recently with a run to his first ATP Masters 1000 final at the Internazionali BNL d'Italia in Rome (l. to Djokovic), powered his way into the Roland Garros second round with a 6-0, 6-1, 6-3 victory over Miomir Kecmanovic in one hour and 47 minutes. The No. 12 seed awaits the winner between Corentin Moutet and qualifier Lorenzo Giustino, who led 0-6, 7-6(7), 4-3 when play was suspended on Sunday night.

Rodionov will now face Norbert Gombos, who held his nerve to upset No. 24 seed Borna Coric 6-4, 3-6, 6-3, 6-4 in just over three hours. Coric reached his first major championship quarter-final earlier this month at the US Open (l. to Zverev).