The eight-player singles field for the 2020 Nitto ATP Finals is set. Diego Schwartzman clinched the final spot at the prestigious season-ending tournament, to be held from 15-22 November at The O2 in London, following results at the Rolex Paris Masters on Friday.

Schwartzman joins fellow debutant Andrey Rublev of Russia, alongside former qualifiers Novak Djokovic of Serbia, Spain’s Rafael Nadal, Dominic Thiem of Austria, Russia’s Daniil Medvedev, defending champion Stefanos Tsitsipas of Greece and Germany’s Alexander Zverev in the 2020 singles field. There will be four players aged 24 and under at the Nitto ATP Finals for the second straight year. The last time this happened in back-to-back years was in 2008-09. 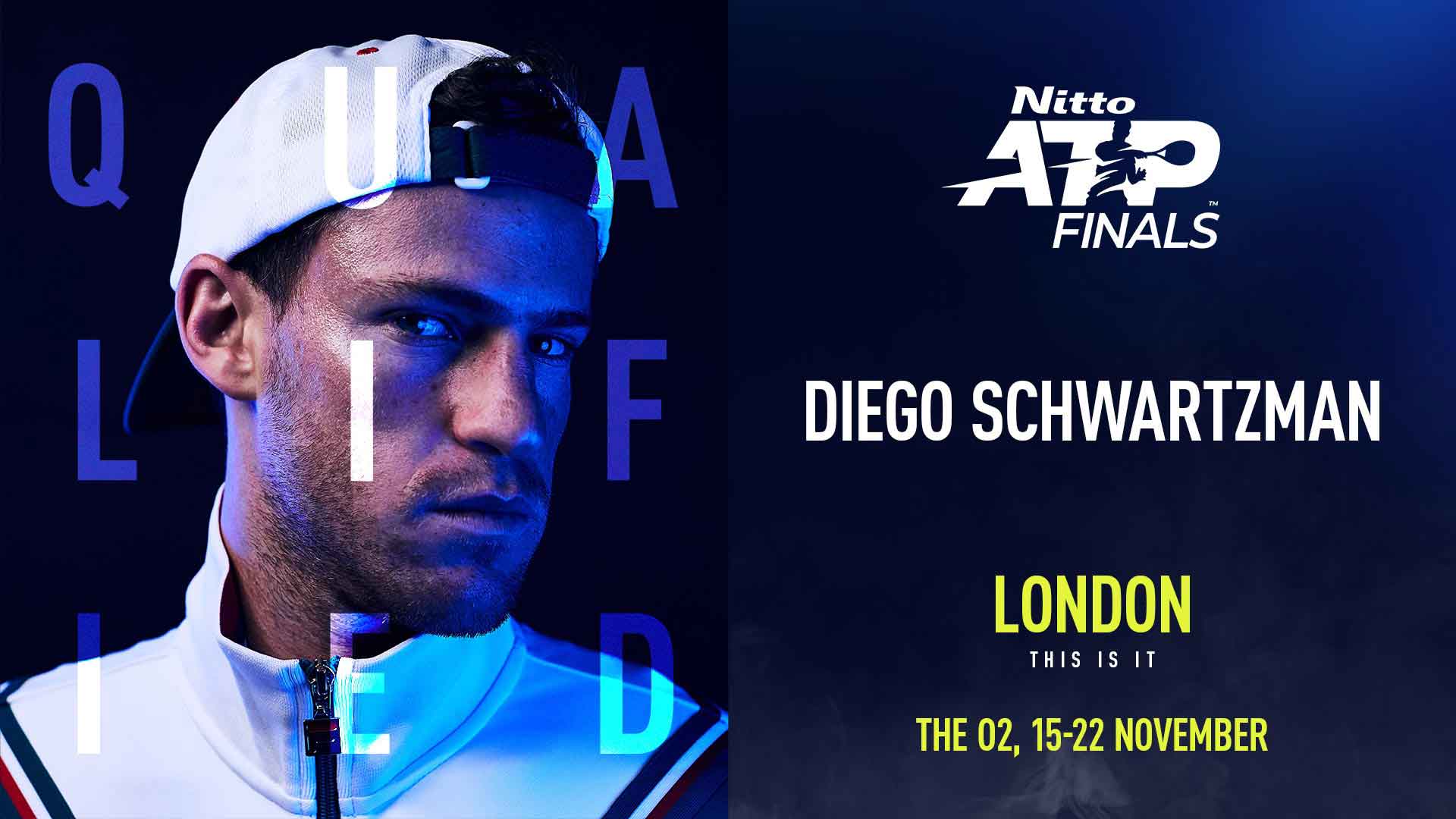 Andrea Gaudenzi, ATP Chairman, said: “This has been a season unlike any other and all the players that have qualified for the season finale deserve huge credit. In its 50th anniversary year, the event will once again showcase the top ATP players and will also bring an incredibly successful twelve year stay in London to a close. While we wish our fans could be with us for the final year at The O2, we thank them for their passionate support via broadcast and digital channels, and look forward to a thrilling week of tennis.”

Schwartzman broke into the Top 10 of the FedEx ATP Rankings for the first time at No. 8 on 12 October after a run to his first Grand Slam championship semi-final at Roland Garros (l. to Nadal). A few weeks earlier, the Buenos Aires resident beat Rafael Nadal en route to his first ATP Masters 1000 final at the Internazionali BNL d’Italia in Rome (l. to Djokovic).

With Paris concluding this weekend and one additional week of the regular season left in Sofia, six of the eight doubles team spots at the Nitto ATP Finals have been confirmed. Australian Open titlists Rajeev Ram and Joe Salisbury, US Open champions Mate Pavic and Bruno Soares, Roland Garros winners Kevin Krawietz and Andreas Mies, Marcel Granollers and Horacio Zeballos, Wesley Koolhof and Nikola Mektic, John Peers and Michael Venus, and Lukasz Kubot and Marcelo Melo have already secured their places at The O2 in London.

2020 DRAW:
The draw for the 2020 Nitto ATP Finals will take place on Thursday, 12 November. Further details will be published in due course.

In line with UK Government guidance, the 2020 season finale will be contested behind closed doors due to the ongoing COVID-19 pandemic.

The Nitto ATP Finals, featuring the best eight singles players and doubles teams, has been held in London since 2009 and has successfully established itself as one of the major annual sporting events worldwide. The tournament is broadcast in more than 180 territories with global viewership reaching an average of 95 million each year. The event will be held in Turin, Italy, from 2021-2025.