The World No. 14 converted eight of 11 break points to reach the quarter-finals in Paris for the second time in three years. Schwartzman is through to his fourth Grand Slam quarter-final, having also reached the last eight at the US Open in 2017 and 2019.

Schwartzman has continued to play at the level that took him to his first ATP Masters 1000 final at the Internazionali BNL d’Italia last month. Through his opening four matches in Paris, the 28-year-old has dropped just 30 games and he is yet to lose a set.

“I am very happy, because I didn’t arrive to the clay season playing very well and I didn’t expect to [reach] the final in Rome [and] the quarter-finals here, not losing a set," said Schwartzman on court.

“[Dominic] is playing amazing tennis,” said Schwartzman. “Today was a great match and tough match for him. But I think obviously playing like how I'm playing the past two weeks on clay, I [will] have chances.” 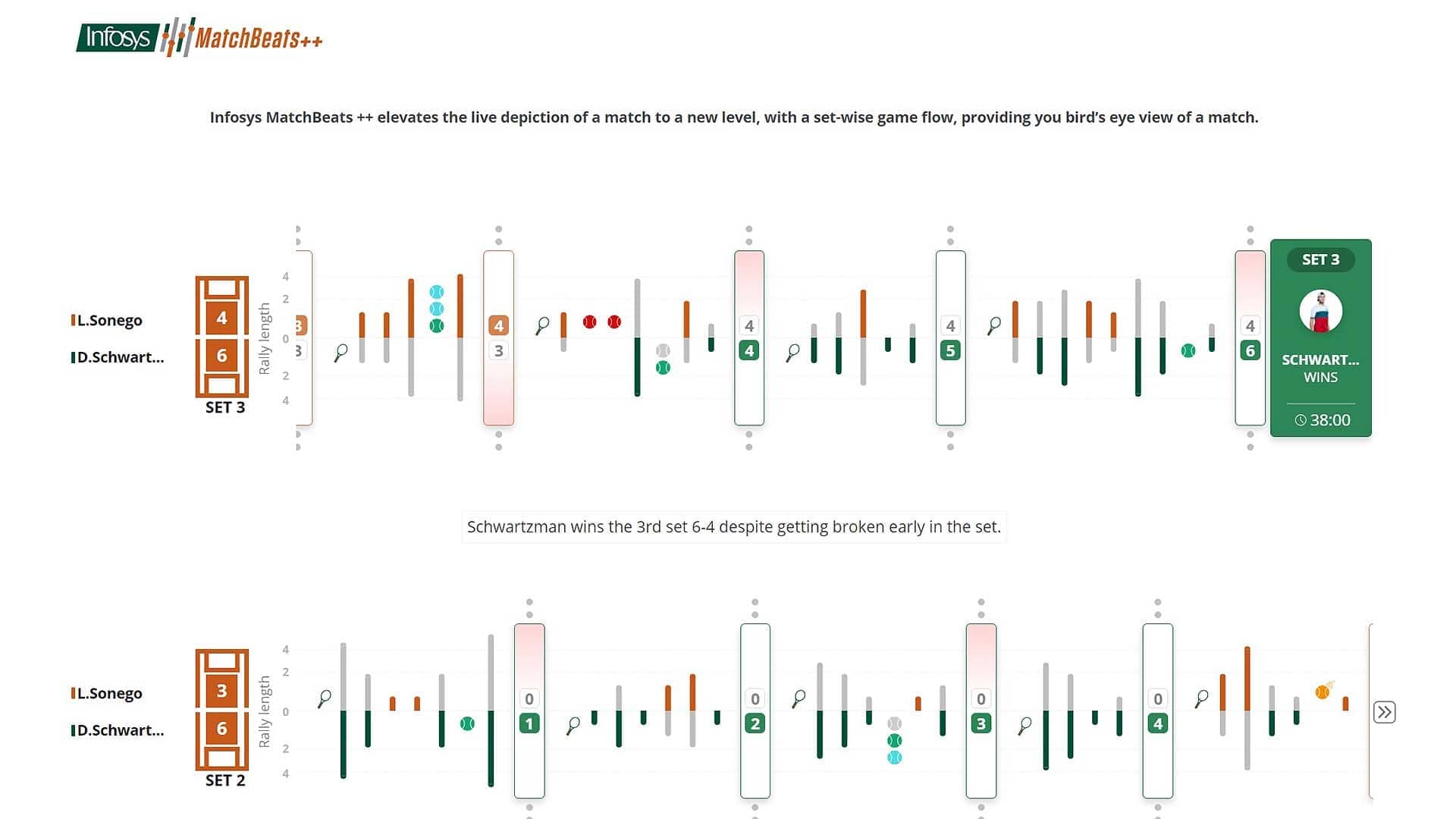 Sonego was competing in the Round of 16 at a major championship for the first time. The 25-year-old survived a five-set battle against Emilio Gomez in the first-round and claimed back-to-back straight-sets wins against Alexander Bublik and 27th seed Taylor Fritz.

Schwartzman and Sonego contested just over three games of play before rain interrupted their fourth-round encounter. When both players returned to Court Suzanne-Lenglen, Schwartzman dominated play to race through eight consecutive games.

“It was a really tough match…. I didn’t start very well with many mistakes in just three games, [including] a few double faults. I was really nervous at the beginning,” said Schwartzman. “The rain two years ago did not help me against Rafa [in the quarter-finals] but this year it helped me to be clear and it was a very good match for me.”

The Argentine enjoyed consistent success on his return, as he covered the court well and extracted errors in extended rallies to establish a 6-1, 4-0 advantage. Schwartzman recovered from a break down in the third set, winning three straight games from 3-4 down to improve to 19-9 in 2020. The 12th seed converted his first match point when Sonego failed to control a deep Schwartzman backhand return.

“In the third set, he had a chance to go to a fourth but I think I played the last three games really solid, aggressive and I deserved the win at the end," said Schwartzman.